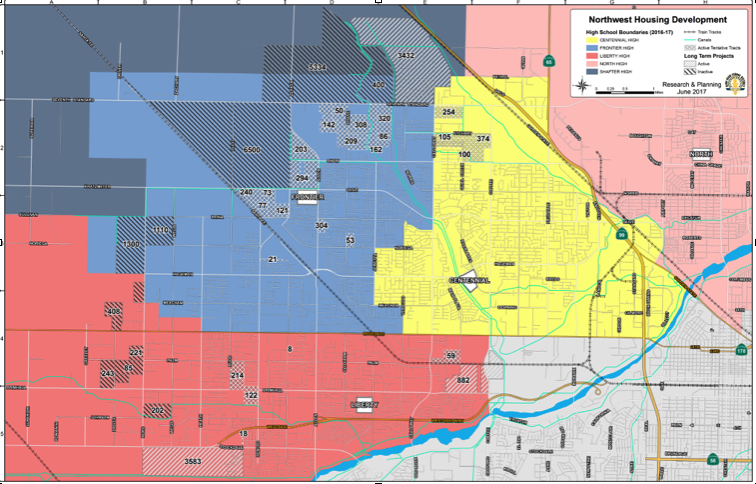 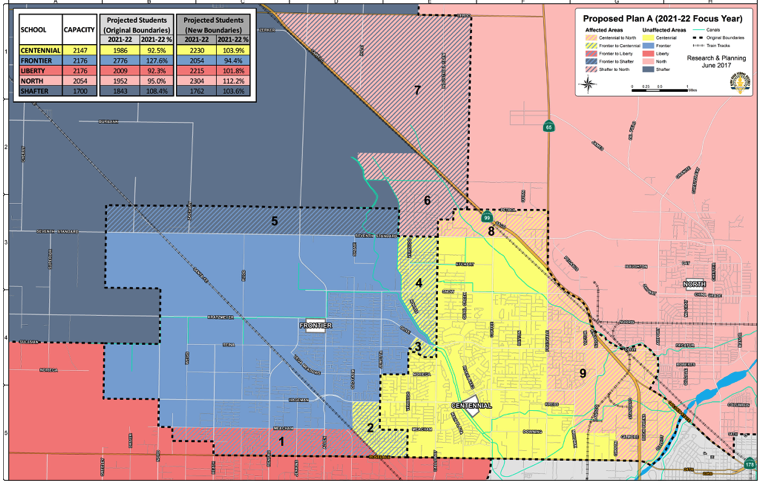 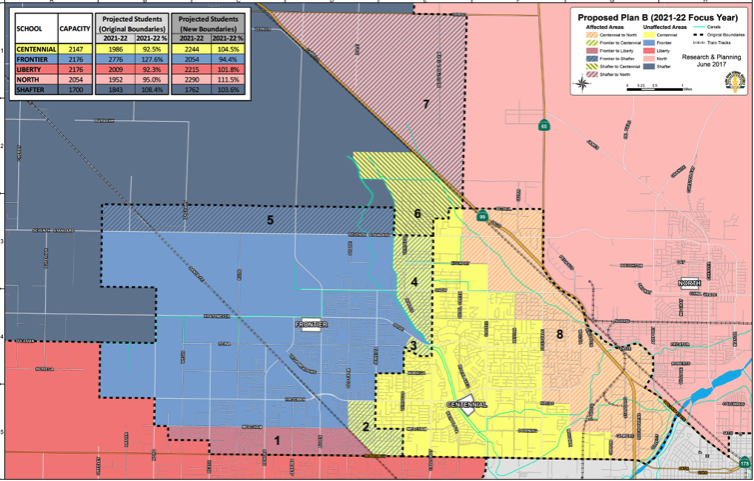 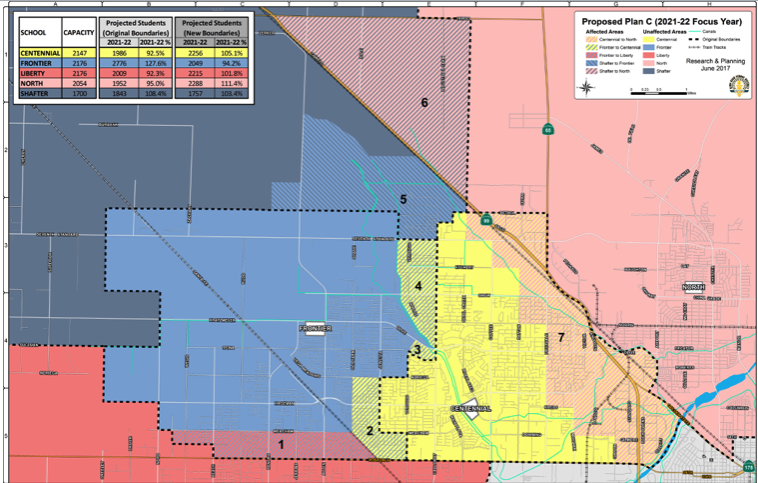 The Kern High School District will host its first of at least three public forums Thursday regarding proposed boundary changes at five schools in north Bakersfield.

Those changes are being brought upon by growth in the northwest, which is putting stress on the enrollment at Frontier High School, which had almost 2,400 students last year. Centennial High School, meanwhile, enrolled roughly 2,000 students, coming in under capacity.

The solution is to redraw boundary lines that would impact Centennial, Frontier, Liberty, North and Shafter high schools. Only incoming freshmen would be impacted by changes and it wouldn’t impact those already enrolled, KHSD officials have said.

The district’s committee brought three proposed solutions to trustees last month, all of which would send some students who attend Centennial to North High School.

At least one of the proposals would allow all of the students in the Beardsley School District – a portion of which sprawls west of Highway 99 – to attend North High School. In the past, about 35 percent of those students attended Centennial, said Roger Sanchez, KHSD’s director of research and planning.

Plans also hinged upon where students from the developing Gossamer Grove community in Shafter would go to school. They currently attend Frontier High School, but could go to Shafter High or North High depending on which plan trustees approve before August.

Trustee Jeff Flores said that the three proposals are the final recommendations from a committee formed in April, but the board could alter the plans based on community input.

The Dolores Huerta Foundation, Faith in Kern and several local civil rights groups will watch the Kern High School District for the next three…