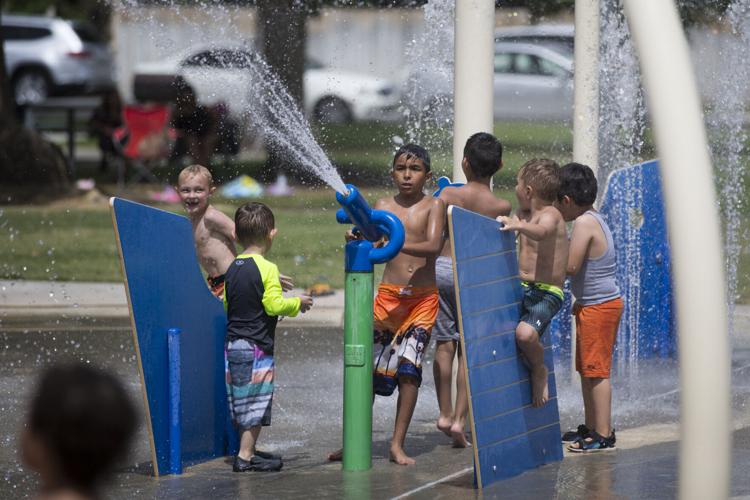 Children gather at the spray park at Jastro Park to cool down in the summer heat in early June. 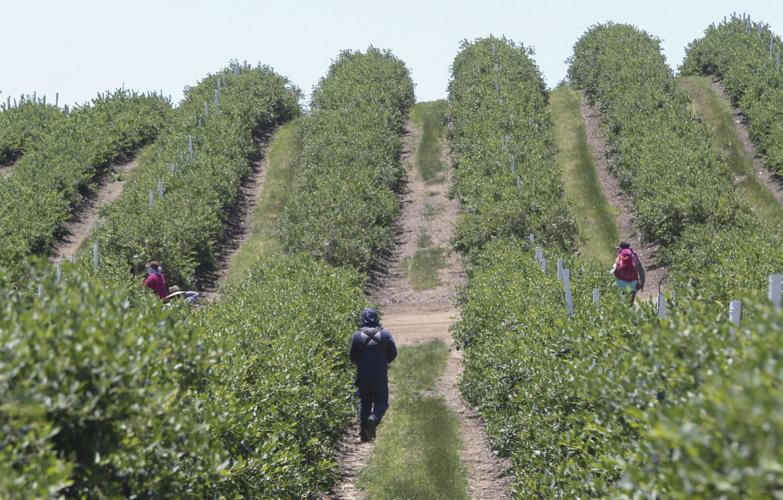 Children gather at the spray park at Jastro Park to cool down in the summer heat in early June.

The seasons will shift on Tuesday as the earth's Northern Hemisphere experiences its first official day of summer.

The June solstice arrives Tuesday morning, and with it, local temperatures are expected to rise this week to above normal levels.

"Typically it's the longest day of the year," National Weather Service Climatologist Brian Ochs said of the solstice.

The high temp in Bakersfield is expected to reach 100 Tuesday, but just barely.

Some cloud cover on Wednesday should help moderate the upward trend, with the high expected to reach 96, with a 30 percent chance of showers in the valley and thunderstorms in the Tehachapi Mountains.

But the interruption will be short-lived.

On Thursday and Friday, the high temperature will be flirting with 100 again, and on Saturday, Sunday and Monday, highs should reach 102, Ochs said.

We can't complain too loudly. The seasonal change follows an unusually nice weekend in Bakersfield, which kicked off last Friday with a high temperature of just 73, four degrees below the last record low maximum temperature for June 17 set in 2005.

This shift to warmer temperatures should come as no surprise to anyone who has lived in Bakersfield or other parts the San Joaquin Valley. This is the season of heat — and it will get downright grueling at times over the next three months.

In the Southern Hemisphere, people will experience the opposite effect: The June solstice marks the astronomical start of winter, when the sun is at its lowest point in the sky, according to the Farmer's Almanac.

The timing of the June solstice is not based on a specific calendar date or time; it depends on when the sun reaches its northernmost point from the earth's equator. Therefore, the solstice won’t always occur on the same day. Instead, it shifts between June 20, 21 and 22, the Almanac says.