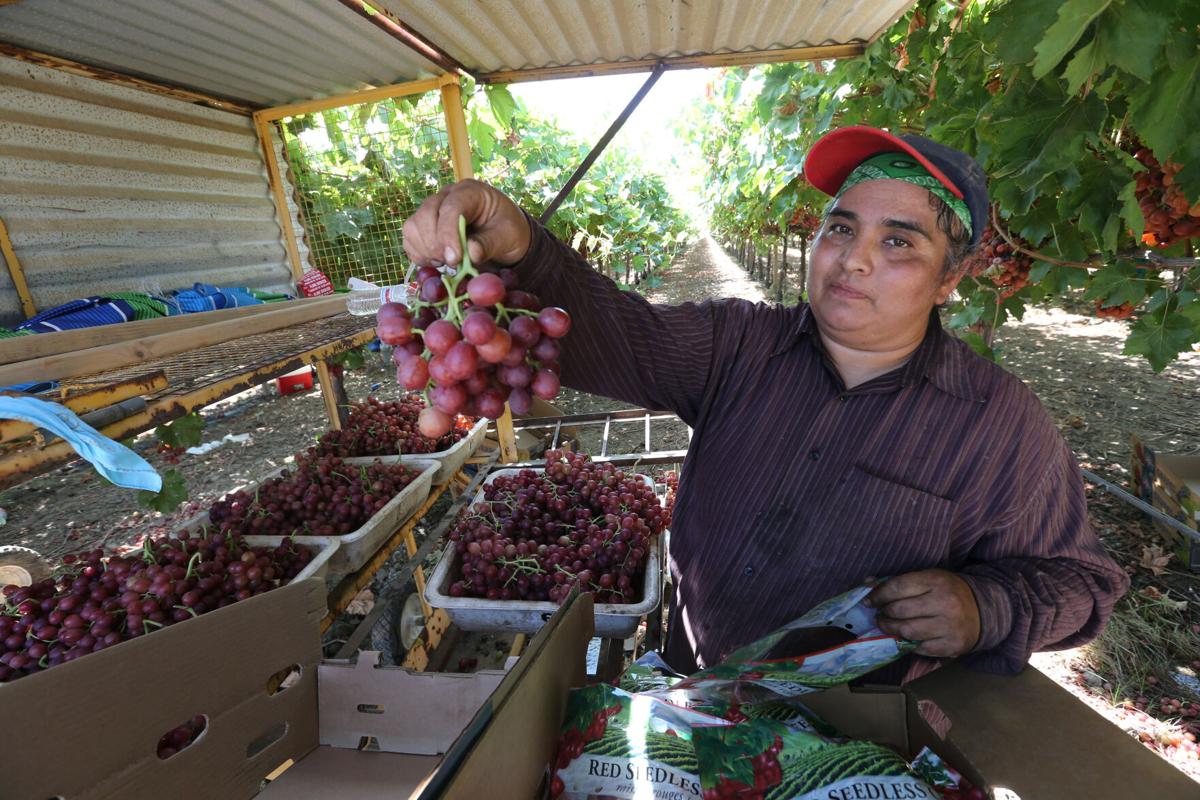 In this August 2021 file photo, Erika Ayala harvests grapes in a vineyard off Copus Road. 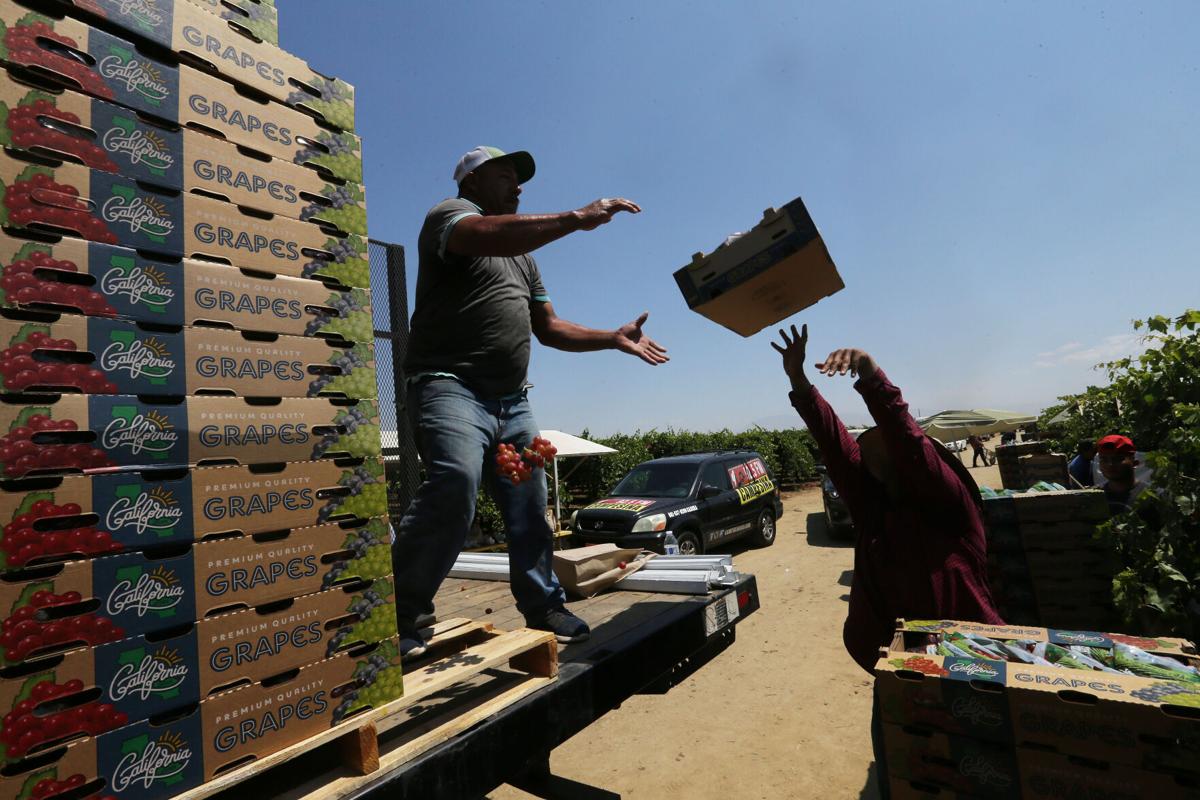 In this August 2021 file photo, Felipe Arias and Jesus Reas load boxed and packaged grapes on a truck in a field off Copus Road.

In this August 2021 file photo, Erika Ayala harvests grapes in a vineyard off Copus Road.

In this August 2021 file photo, Felipe Arias and Jesus Reas load boxed and packaged grapes on a truck in a field off Copus Road.

California farmers frustrated with congressional inaction on farmworker immigration and guest-worker reform have settled on another way to nudge their workforce toward U.S. citizenship.

A partnership announced last week between the California Farm Bureau and the Washington, D.C.-based National Immigration Forum gives ag employees access to an online portal guiding them through the naturalization process. The platform also helps with matters like protecting family members facing deportation.

The agreement reflects the worsening shortage of field workers as much as it does industry's cultivation of laborers fueling the Central Valley's economy, with restricted or no legal status.

"Offering farm employees who are eligible for U.S. citizenship a low-cost means to access citizenship puts them on a path to fully share in the American bounty they work every day to create," the president of the bureau, Jamie Johansson, said in a news release Monday.

For years the farm bureau has sided with immigrant rights organizations in promoting a path toward citizenship for farmworkers. The industry also advocates wider access to guest workers.

Farmworker immigration and visa reforms supported by the bureau and passed by the House earlier this year have stalled in the Senate. For the bureau, the partnership represents progress through another channel.

Under the new contract with the National Immigration Forum, bureau members will be able to refer their employees, free of charge, to an online service offering application preparation help, citizenship eligibility assessments and other legal reviews. The service also comes with case management services and noncitizen-related immigration inquiries such as deportation defense work.

NIF said in the news release its mission is to help immigrants eligible for access to U.S. citizenship "and we are grateful to the California Farm Bureau for giving us access to nearly 31,000 farm bureau members whose employees can benefit from the services we offer."

The organization also advocates for pro-immigration policies at the federal level, which is how it started working with the farm bureau years ago, said Bryan Little, the farm bureau's director of employment policy.

Little interprets the partnership as the state's farmers investing in their employees. It deepens the attachment some workers may feel for their employers, he said, and it may help with retention of top talent including supervisors.

"They're going to be key employees in that business so why wouldn't you want to invest (in them)?" Little asked. He emphasized information gathered by the portal will be kept confidential, inaccessible to the bureau or the NIF.

For years Kern County growers have complained of a worker shortage. The state's ag labor force has been stagnant for 15 years and averages 40 years of age, Little estimated, adding, "There are practically no people coming to the United States now to work in agriculture."

In its news release about the new partnership, the farm bureau reiterated its support for the Farm Workforce Modernization Act of 2021. The measure, passed by the House March 18 with bipartisan support, proposes to reform the ag guest worker program and provide a path to legal status for farm employees.

The Kern County Farm Bureau did not respond to a request for comment on the state farm bureau's partnership with the NIF.

The president of the California Fresh Fruit Association trade group, Ian LeMay, called the NIF's portal a "fantastic service" that increases certainty for people who can't afford a lawyer or advocate through the lengthy application process.

"It's an additional service to help our employees who might be in somewhat of a limbo state to have more confidence in terms of their status," he said.

A spokeswoman for the United Farm Workers Foundation declined to address the farm bureau's partnership with the NIF. She instead invited the farm bureau to add its support to the federal Build Back Better bill, which includes measures that would protect farmworkers and other immigrants from deportation.