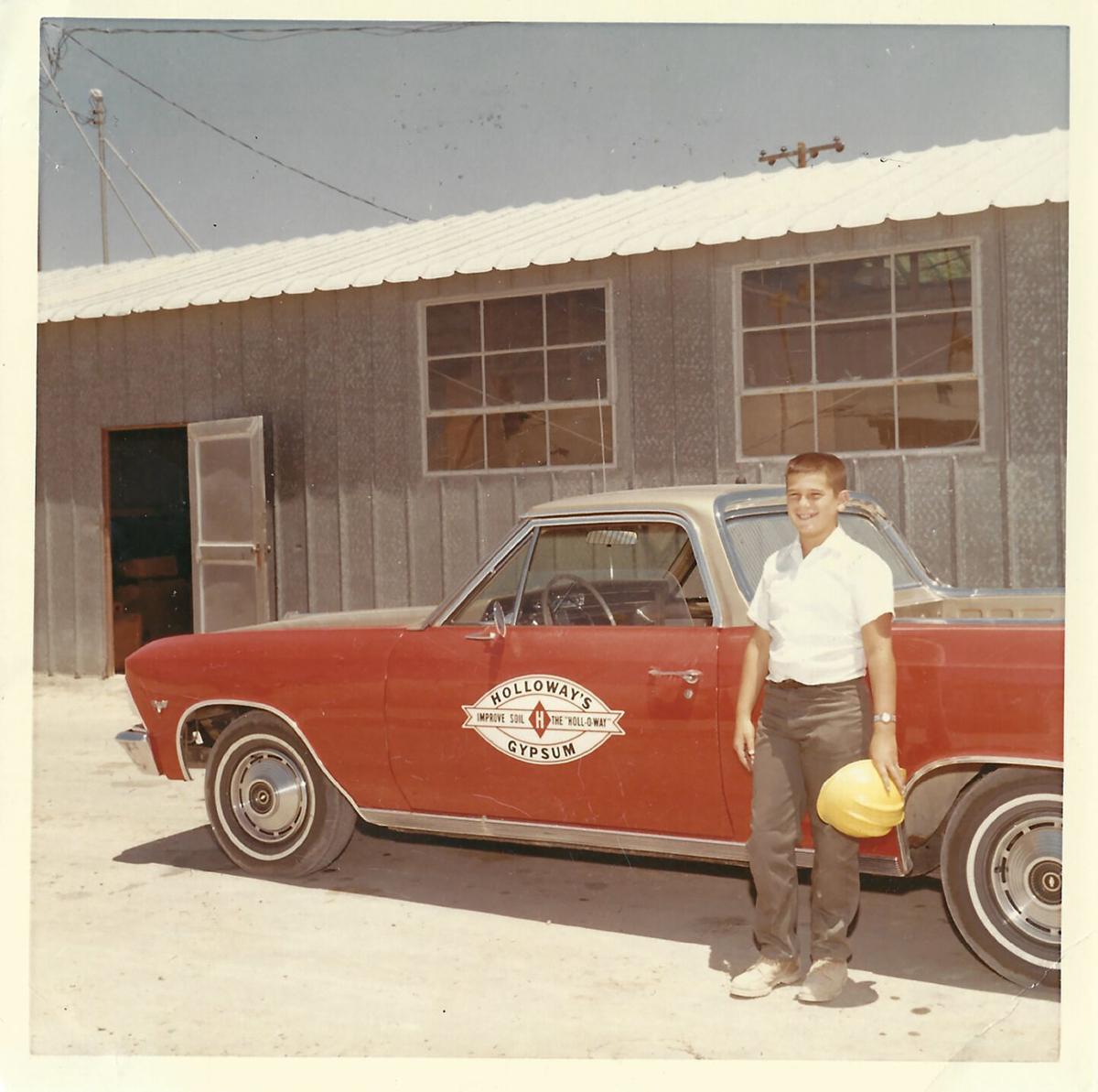 Vard Terry, now a 50-year employee and president of Holloway, stands as a young man next to a company car by the company's gypsum mine in Lost Hills. 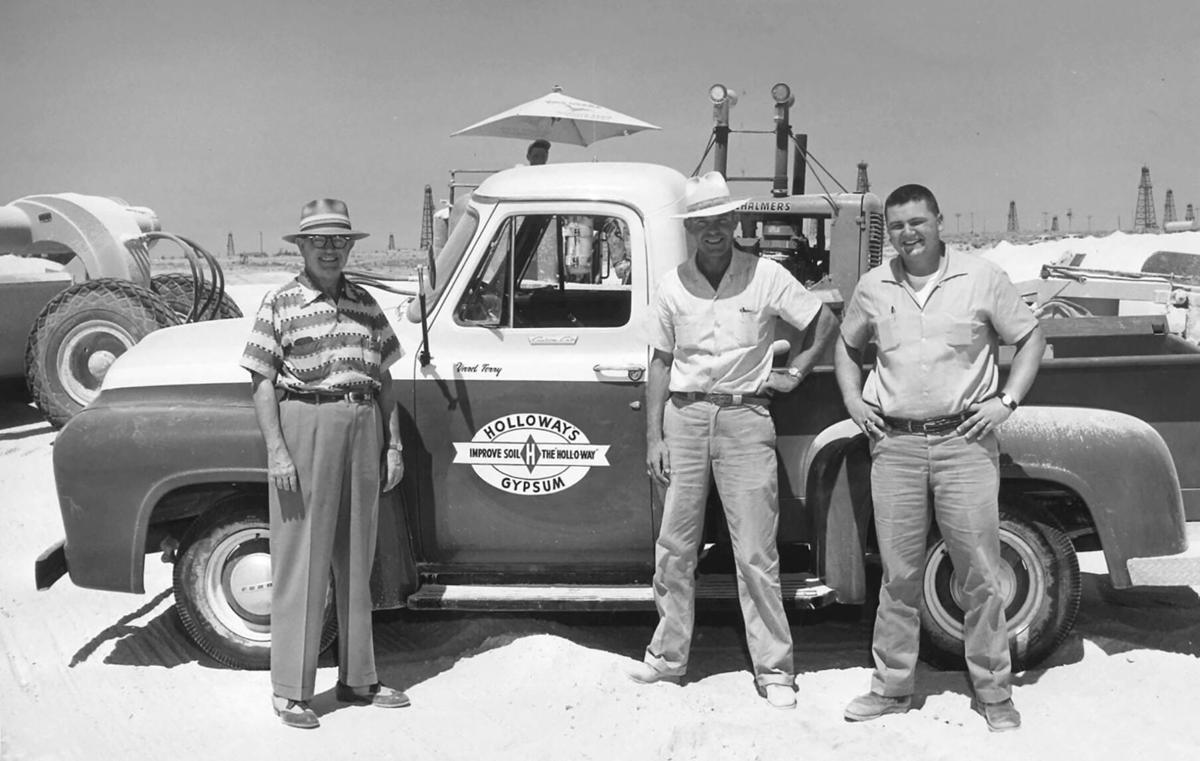 In this photo from the mid-1950s, Vard Terry Sr. stands in the center with Harvey Holloway, left, and Al Holloway. 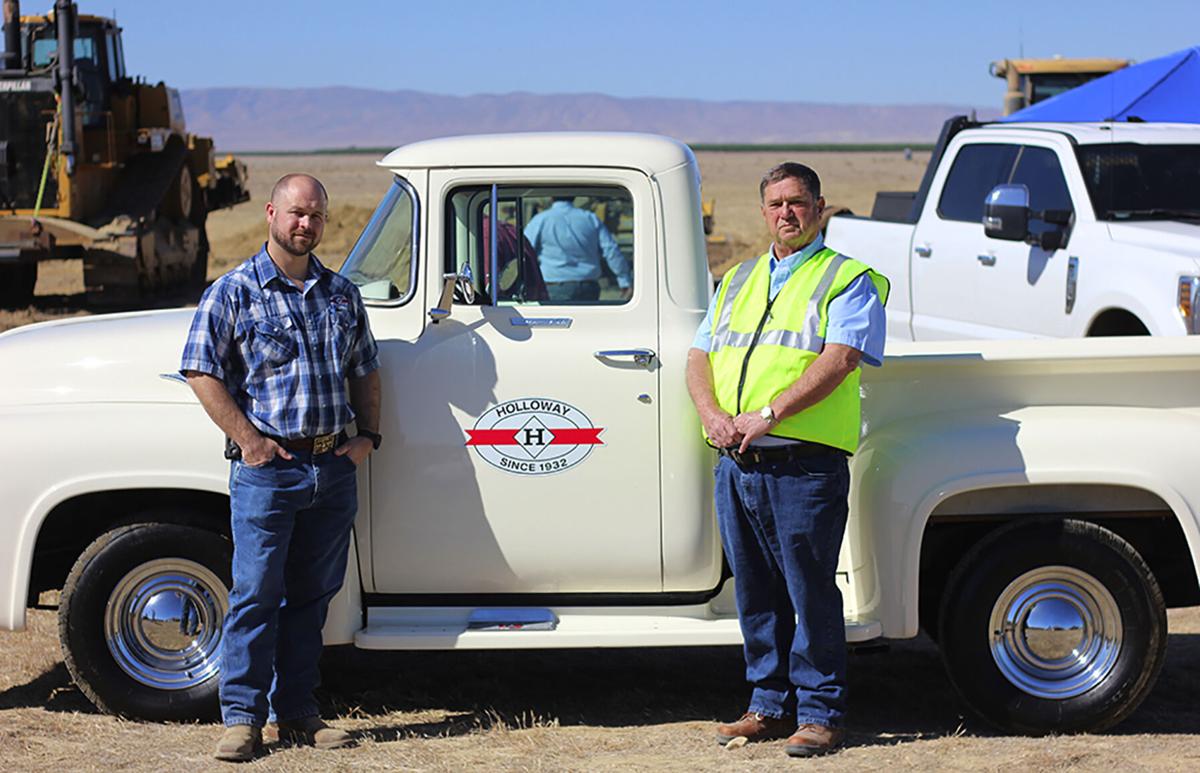 Holloway President Vard Terry, right, stands with his son Daniel, a third-generation Holloway employee, at the company's gypsum mine in Lost Hills. 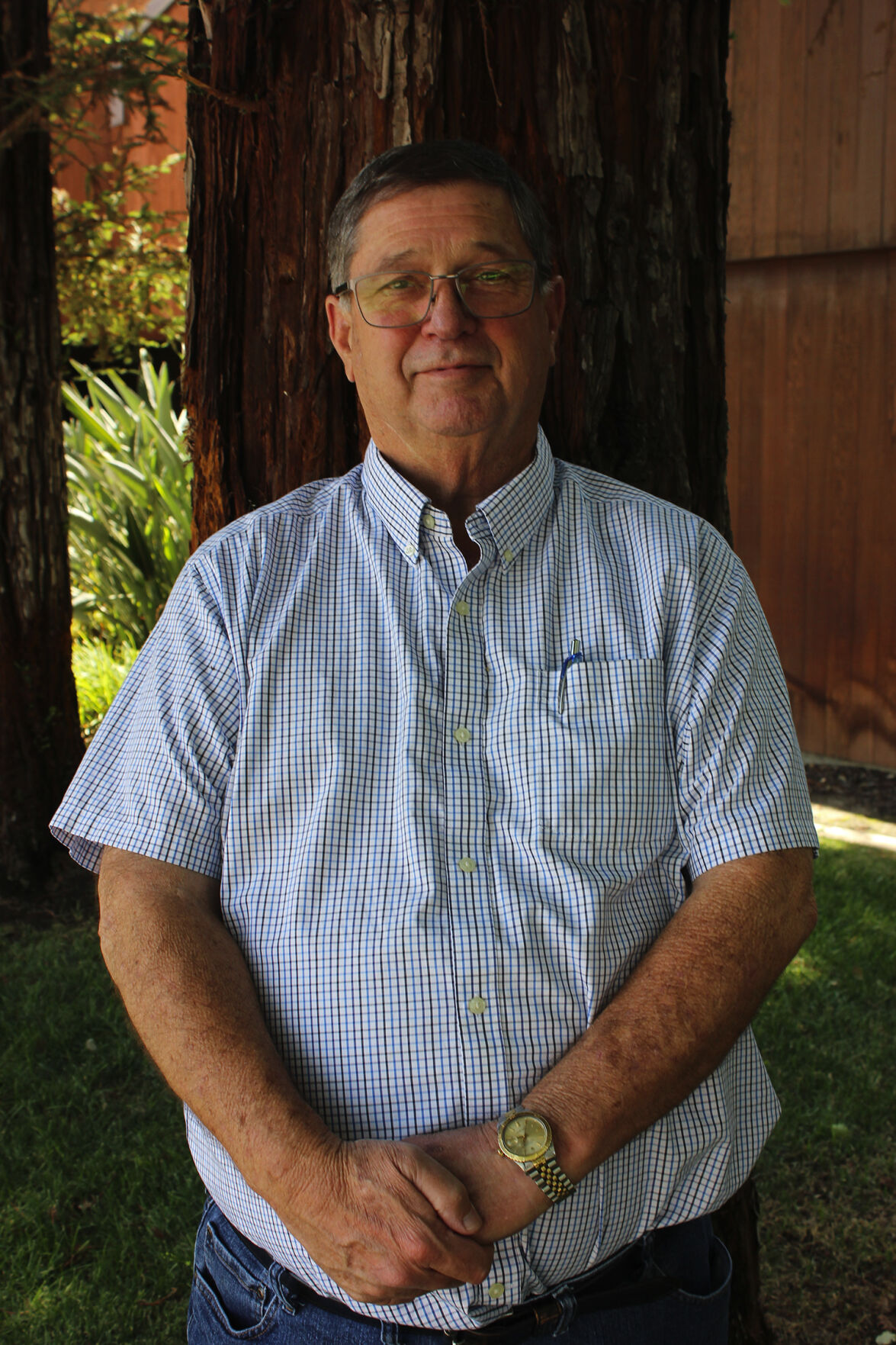 Vard Terry this month celebrated 50 years with Holloway Agriculture, a Bakersfield-based company that works with growers from planning stages through materials delivery and application. It also helps with waste collection and other aspects of farm management.

Vard Terry, now a 50-year employee and president of Holloway, stands as a young man next to a company car by the company's gypsum mine in Lost Hills.

In this photo from the mid-1950s, Vard Terry Sr. stands in the center with Harvey Holloway, left, and Al Holloway.

Holloway President Vard Terry, right, stands with his son Daniel, a third-generation Holloway employee, at the company's gypsum mine in Lost Hills.

Vard Terry this month celebrated 50 years with Holloway Agriculture, a Bakersfield-based company that works with growers from planning stages through materials delivery and application. It also helps with waste collection and other aspects of farm management.

Vard Terry took a drive from Bakersfield to Paso Robles not long ago to visit a retired farm manager and former customer who had reached out after hearing him talk on the radio about the ag business.

For at least two hours they chatted over coffee on the porch, looking out over rolling hills of well-tended vineyards and reminiscing about earlier days in California agriculture.

They laughed about mistakes made during the region's sometimes bumpy transition from mostly cotton, alfalfa and other row crops to mostly orchards and vineyards.

"We just reminisced. It was so good," he said.

For Terry, president of Bakersfield-based ag, mining and logistics company Holloway, the visit served as a reminder of how much things have changed in local ag since he joined the company 50 years ago Saturday.

Having worked closely with farmers large and small, he has a broad perspective on what the industry has gone through during the past half-century. On the occasion of his work anniversary, he shared some of his observations during a conversation with The Californian.

Born in Wasco, Terry basically grew up at Holloway. His father, Vard Terry Sr., was the company's mining superintendent, and the younger Terry loved to watch the heavy machinery run at the company's gypsum mine in Lost Hills. Later as a salesman for the company, he roamed much of the Central Valley building trust and lifelong relationships with his customers.

Looking back, he says the region's water situation has changed drastically. That has brought with it advancements and investments in irrigation technology for more precise, efficient application.

Changes he has experienced go well beyond that. They range from a sharp tightening of the labor market to greater automation to smarter applications of science through things like soil, tissue and water sampling.

"Twenty years ago, there was more of a repeating what we've done as opposed to today (saying,) 'Let's look at this scientifically,'" he said.

One of the most consequential shifts was the move away from row crops such as cotton, wheat and sugar beets to higher-margin, so-called permanent crops like almonds, citrus, pistachios and table grapes.

Some farmers Terry knew swore they'd never make the switch. It was a huge risk back then that required substantial investment in new equipment and field redevelopment. Plus, growers had to be able to do without revenue for at least five years — or about seven for pistachios.

A lot of small family farms eventually sold out, surprised at how valuable their land had become. Meanwhile, consolidation increased such that much but not all of the region's farmland is owned by corporations.

Local grower and farm manager Mike Giannini reckons he ate breakfast with Terry and four others almost every day for 25 years. Together they had to switch to new practices as rising costs all but forced farmers to begin planting orchards and vineyards.

Over the years, his family farmed alfalfa, broccoli, cabbages, carrots, cotton, radishes, sugar beets, watermelons and wheat. But these days the family's holdings are about evenly divided between almond and pistachio orchards.

Giannini said he has watched the labor pool shrink to point it's "harder and harder to keep people for pruning and harvesting."

Water is the biggest concern, he said, blaming shortages on a "manmade drought." The term refers to criticisms that freshwater used in support of state environmental priorities has cut irrigation deliveries to Central Valley growers.

Employment-related paperwork has become more cumbersome, Giannini added. Mom-and-pop farm operations have sold out or retired with no family member picking up in their place. Big-company holdings only grow, he said.

"Our farmers have farmed for generations here and it's hard to lose that," he said. "It's been a great career, you know?"

Gary Castro has worked with Terry for many years as a gypsum hauler based in Visalia. He said he's seen paperwork requirements mount in that time. New air quality rules mean next year he will have to replace 20 spreader trucks.

"Everything is changing," he said. "I mean, they're putting more and more regulations on farming."

Terry agreed about family farms becoming scarcer and about harvest labor being "a lot harder" to find these days.

But there have also been positive changes, like a greater use of pest control advisers and agronomists such that farming decisions are made based on data and study. He added that chemicals and herbicides continue to make big gains in safety and efficiency.

Terry pointed as well to testing of all kinds and the advent of aerial drones that pinpoint farmland's previously unseen hot and cold spots. He noted, too, that automation has improved a great deal in his time, and that lately there's more focus on improving dust control during the almond harvest.

Terry's son Daniel has followed his father into the business, as he and his brother did. Holloway CEO Brian Maxted said in a statement that President Terry sets an example for the company's values, handed down from generation to generation, of trust, experience and ambition without ego.

Holloway has changed in significant ways since its founding in 1932 as a gypsum mine. Its sale about nine years ago has accelerated the diversification of its product line.

The company now has more advanced gypsum-processing equipment. It also sells compost, lime, sulfur and services that range from agronomy to logistics to orchard redevelopment.

Through it all, Terry noted that Holloway still uses the same mill he knew as a child fascinated with his father's work in Lost Hills.

Holloway has posted a video tribute to Terry at hollowayag.com/90years.

Not so long ago, cotton was king in Kern County. Potatoes were plentiful and golden fields of hay stretched far into the horizon.