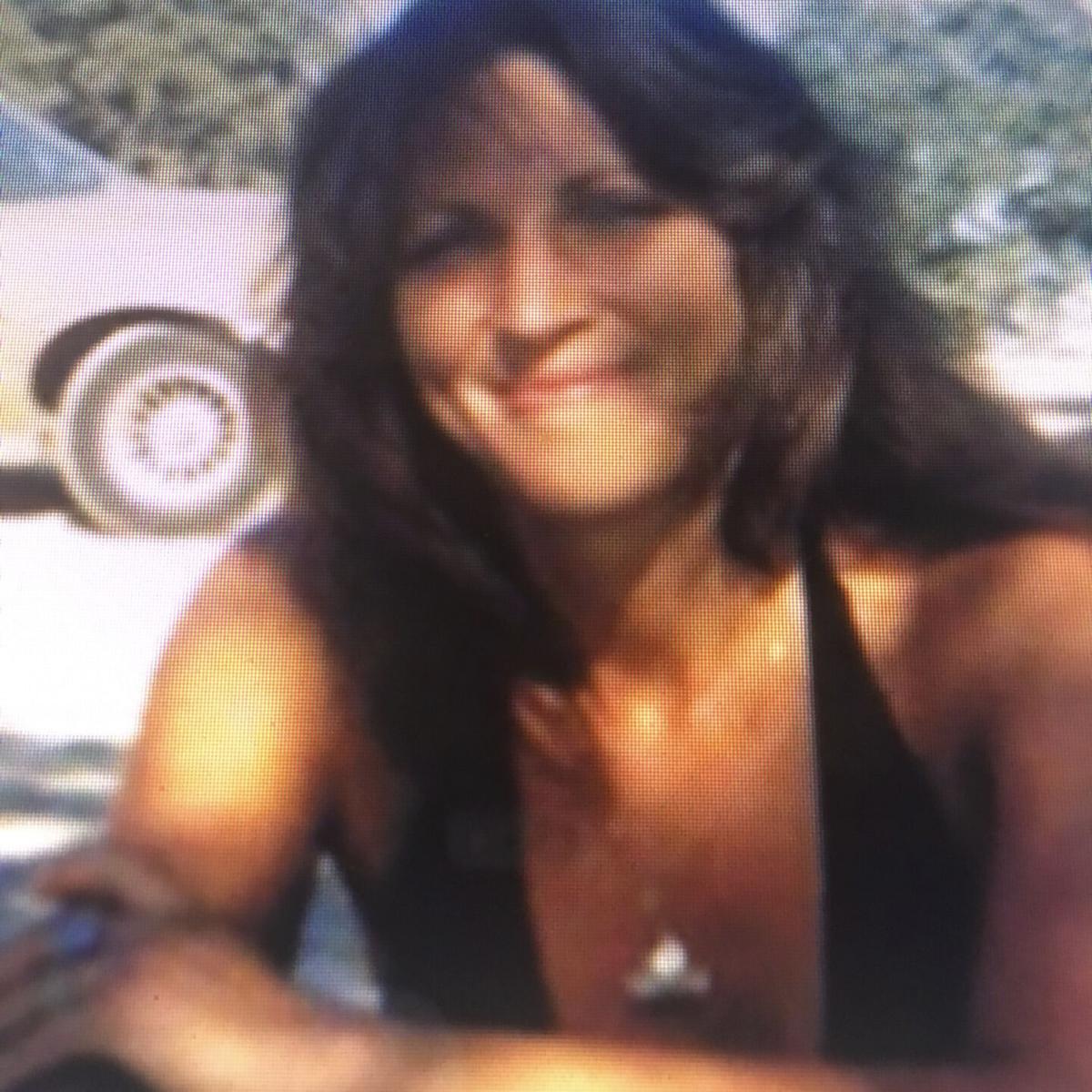 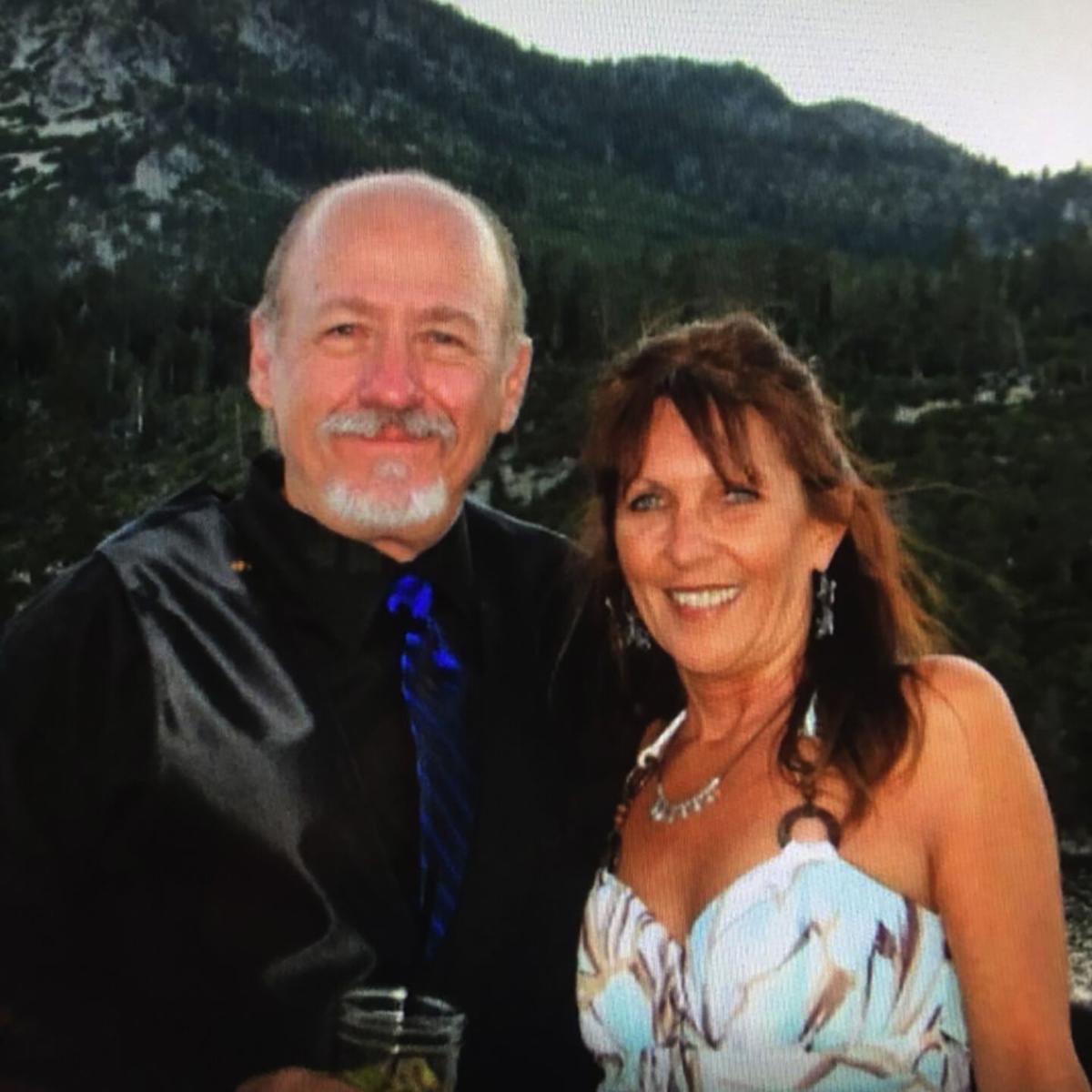 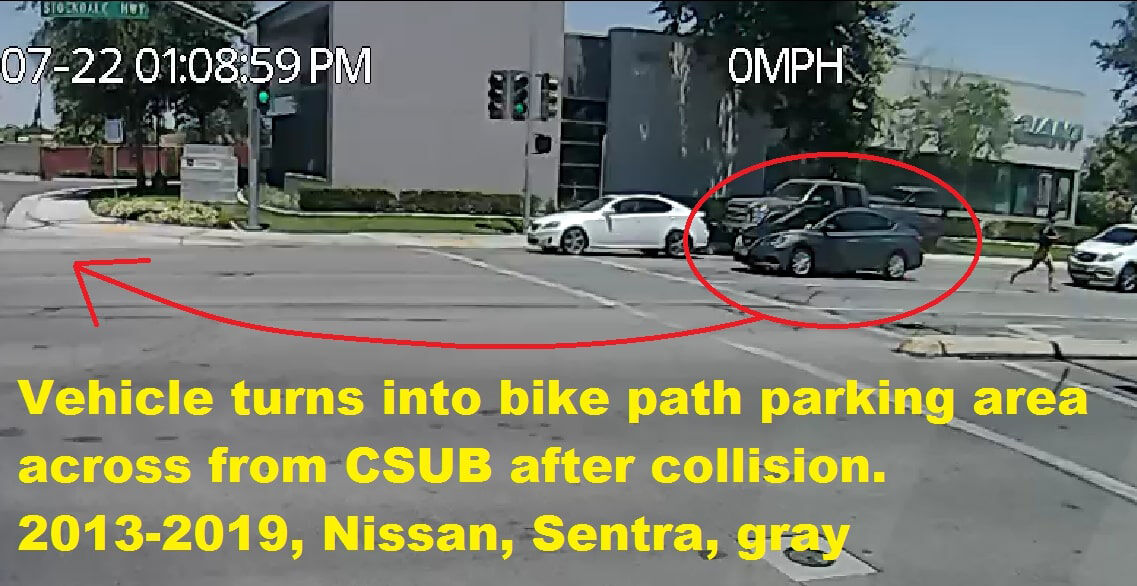 The Bakersfield Police Department has released additional information regarding a suspect vehicle and its driver involved in a fatal hit-and-run accident last Wednesday on Stockdale Highway. 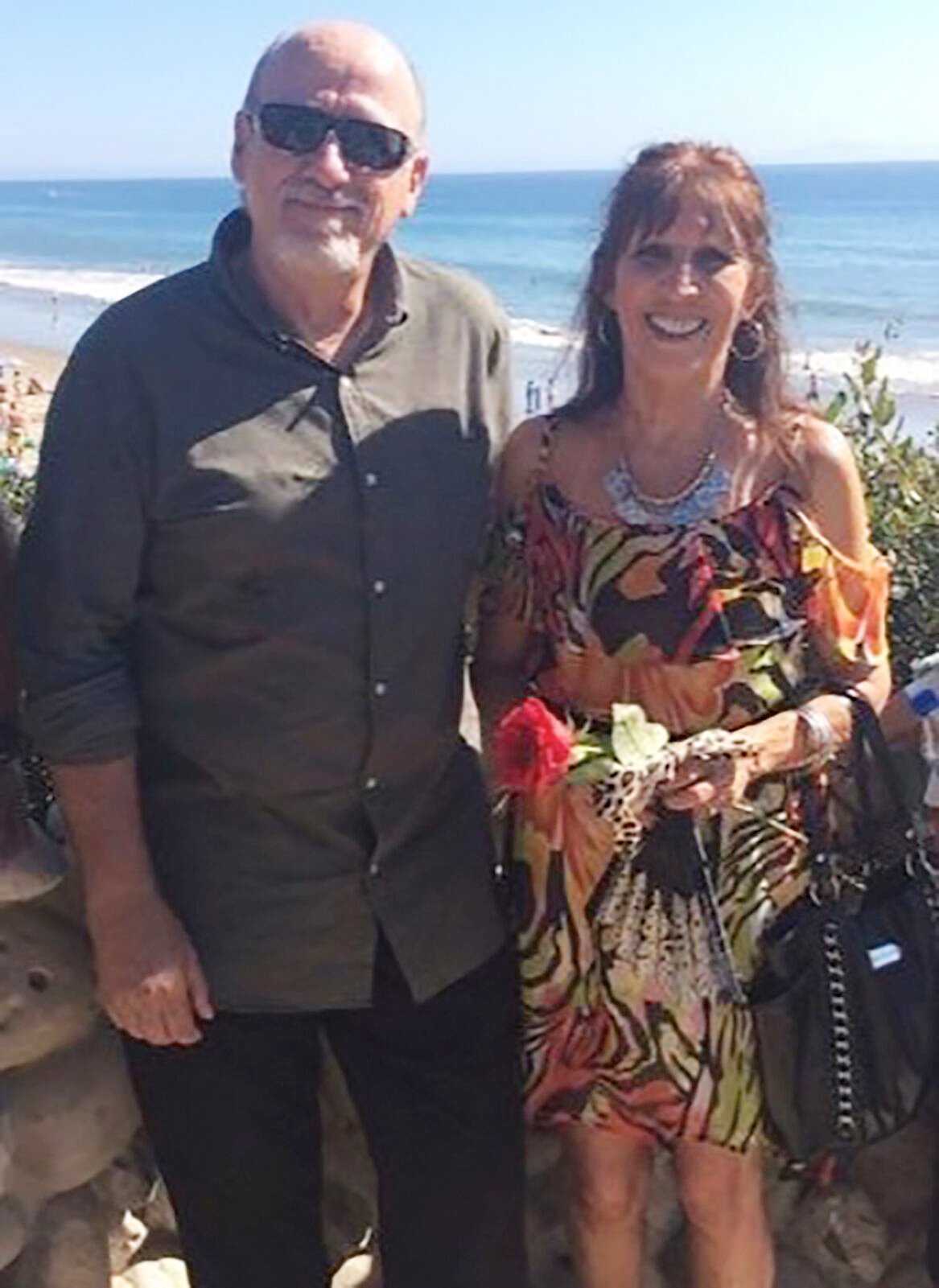 The Bakersfield Police Department has released additional information regarding a suspect vehicle and its driver involved in a fatal hit-and-run accident last Wednesday on Stockdale Highway.

The family of July 22 fatal hit-and-run victim Deborah Ann Geneau is offering a reward for information that leads to the arrest of the suspect responsible for the crash near Cal State Bakersfield.

Geneau’s family and the law firm Chain, Cohn and Stiles are offering a $2,500 reward to the person who helps identify the driver of the suspect vehicle. On Tuesday, the Bakersfield Police Department said the suspect vehicle is a 2013 to 2019 dark gray Nissan Sentra with very minor driver-side damage.

That vehicle turned into the bike path parking area across from CSUB immediately after the collision, BPD said.

“I spent yesterday at the mortuary collecting my mother’s belongings, including her crushed earrings and wedding ring. I couldn’t help but think about what the driver of the other vehicle might have been doing yesterday?” Dawn Elliott, Geneau’s daughter, said in a statement. “We really just want this person to come forward, or assistance to find the person responsible.”

On Wednesday, the Bakersfield Police Department released a new video of surveillance camera angles to The Californian. The angles include traffic cameras and footage from a Golden Empire Transit bus that was in the vicinity of the crash, according to BPD Sgt. Robert Pair.

The accident occurred at 1:09 p.m. on Stockdale Highway just west of Coffee Road, according to BPD.

What?? people be responsible for their actions these days, sorry not happening.