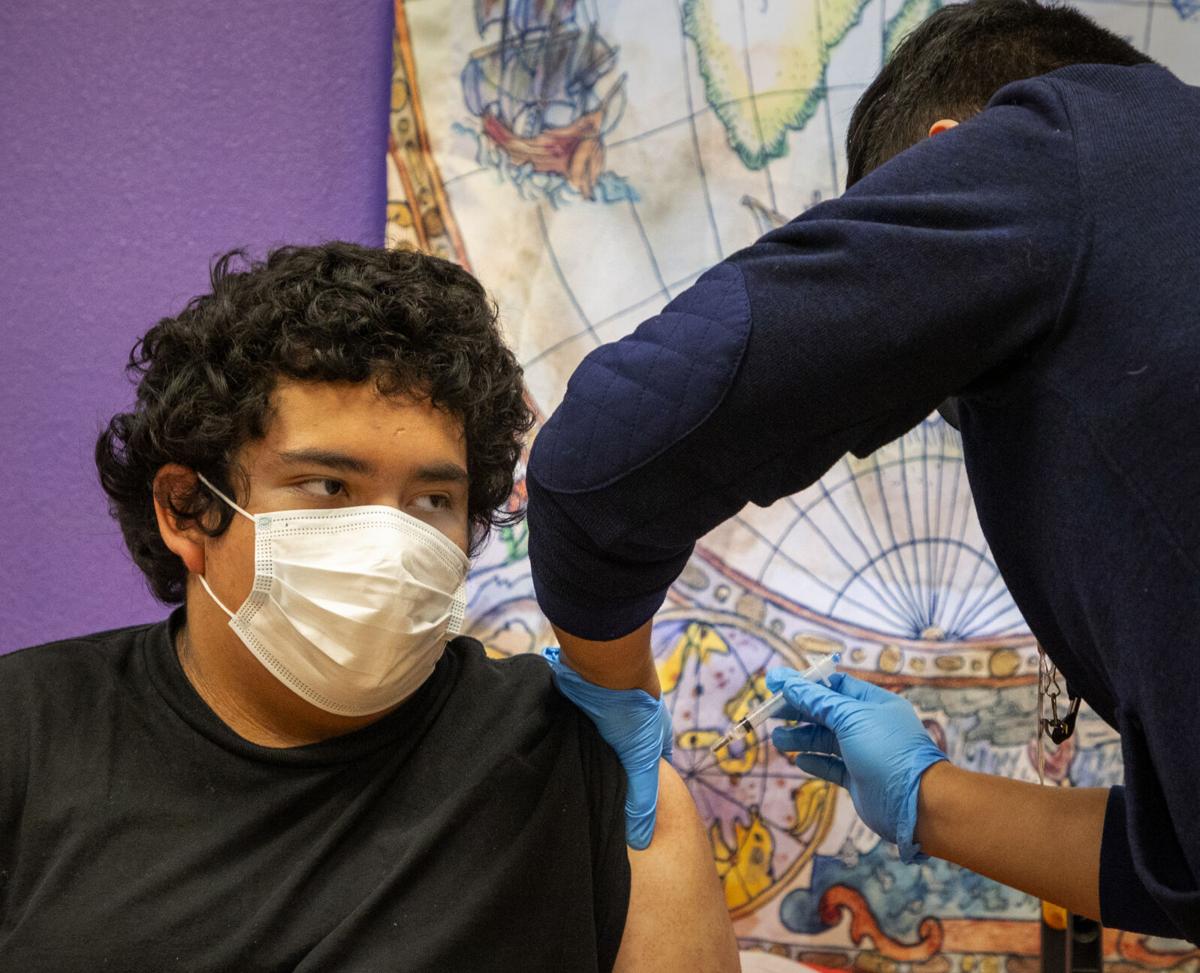 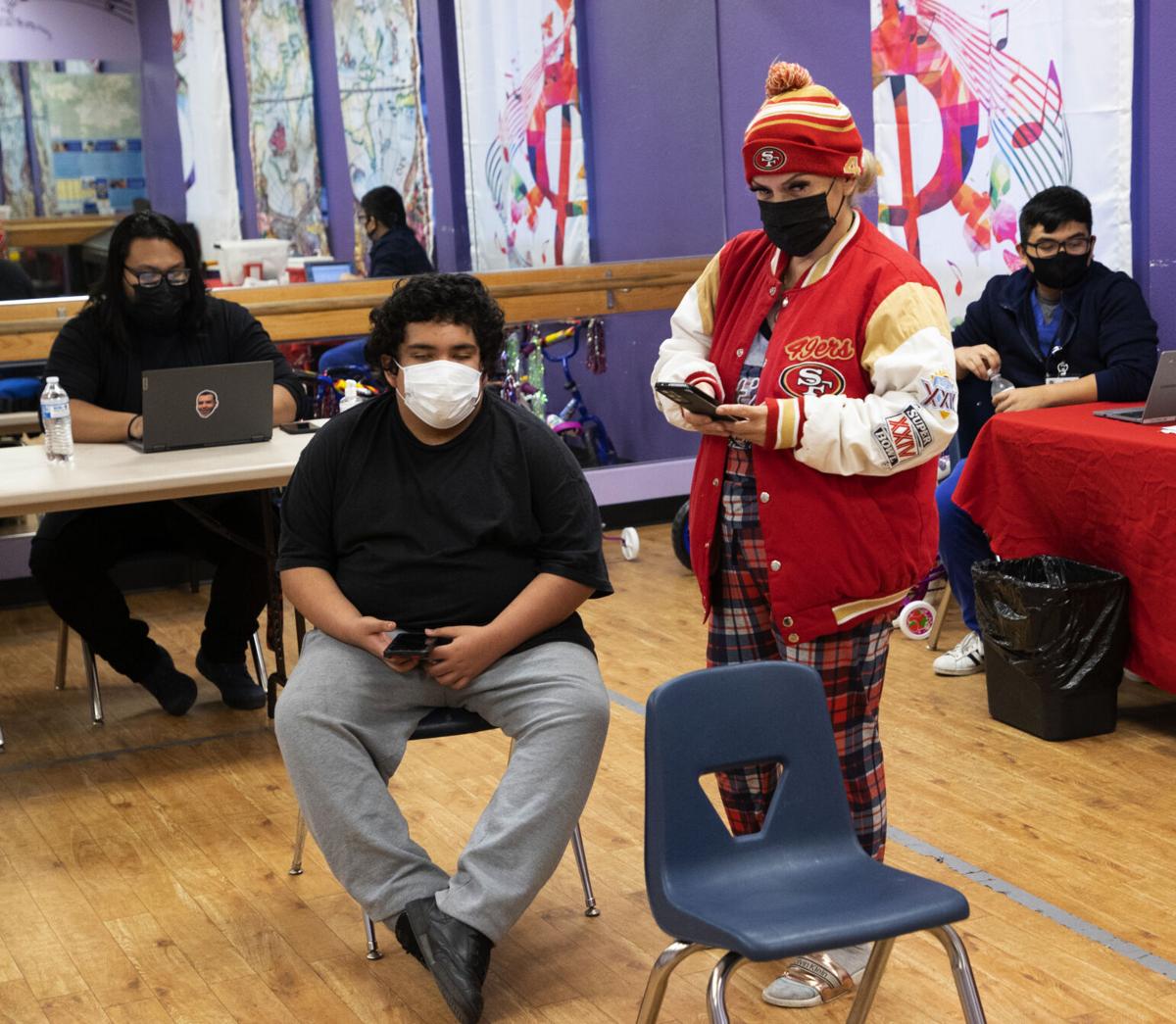 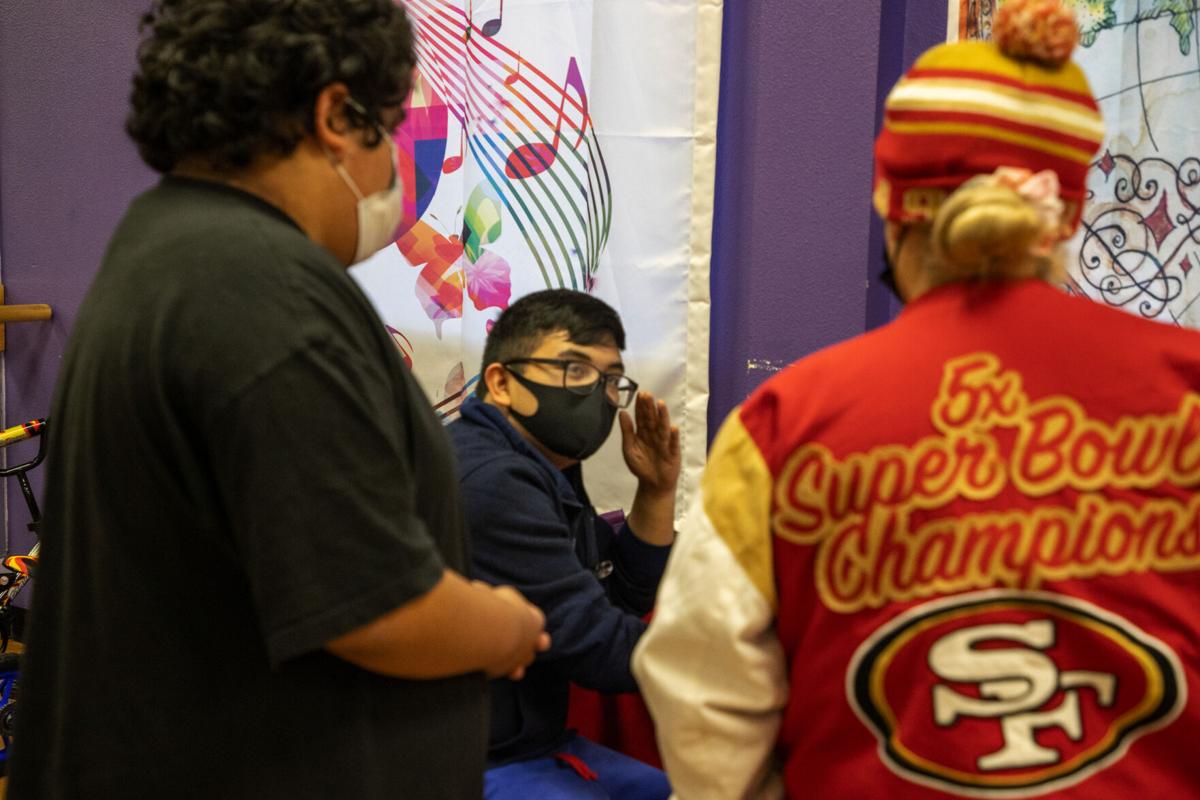 When Maria Vazquez made the decision to have her son vaccinated against COVID-19, she brought him to the Boys & Girls Clubs of Kern County where her son had once been a member.

"It's a very safe place. I recommend it," she said. "The staff is really nice."

As if on cue, a staff member who remembered him walked over and greeted him, after he received his second dose. A seventh-grader at Chipman Junior High, Salvador Macias had grown up a bit since his last visit to the club, but he was still a familiar face at the Armstrong Youth Center on Niles Street.

Though Kern County's rates of vaccinating its youth are low, it's this kind of familiar setting that has been most effective in encouraging them to get vaccinated against COVID.

Kern Medical has partnered with the school districts, including Kern High, Panama-Buena Vista Union and Fairfax to bring mobile vaccination clinics to schools. Those events tend to be the most successful in reaching younger residents, according to Renee Villanueva, chief ambulatory and outreach officer.

"That’s their teacher, that’s their neighborhood, that’s what’s comfortable to them," Villanueva said.

In Kern County, 8 percent of 5- to 11-year-olds have been vaccinated against COVID, according to state data. Other Californians haven't exactly rushed to vaccinate their youngest children since the pediatric dose was made available in November, but Kern is still far below the statewide average of 18.5 percent.

The rate for 12- to 17-year-olds is considerably higher at 46.7 percent in Kern, though still lower than the statewide average of 64.8 percent.

Jeff Jolliff, associate director of pharmacy at Kern Medical, recommends the vaccine to children as a safe way to reduce the risks of hospitalization, long COVID and spreading the disease to those who may be more vulnerable. He added that he had his own young children vaccinated.

"I wouldn't give it to my kid unless I knew it was safe," he said.

Jolliff said he's especially concerned about children right now, because the pediatric rate for hospitalizations is at its highest nationally. At the peak of the delta surge on Sept. 1, there were 394 children hospitalized, according to data from the U.S. Department of Health & Human Services. The most recent figure is 886.

But Villanueva said there's value in the mobile clinics that arrive at schools and share reliable medical information with families — even if parents aren't ready to have their child get vaccinated that day.

"We want you to have the newest information, the most up-to-date information, so you can make the best decision for you and your family," Villanueva said.

There's another reason Kern Medical is out in the community where parents and kids are: The pandemic has meant that children are falling behind on all of their medical care in areas such as immunizations, vision and dental care.

"They're just afraid," she said. "Unless you’re really, really sick, you don’t want to go to the doctor."

As COVID cases have risen in the community, Kern Medical is seeing more people arriving to get tested for COVID and more are testing positive. She's hopeful that more testing may signal an interest in ultimately getting vaccinated for some. But right now, she hasn't seen that.

Staff members at the Boys & Girls Clubs of Kern County struggled with the slow pace of appointments when they first opened in November in a partnership with Bakersfield College. Maggie Cushine, director of grants management and program facilitation, said it was the first time the clubs had done anything like this.

The first people getting their vaccinations were actually staff members at the clubs. November was slow with 51 vaccinations. But the clinics picked up steam in December with 128 vaccinations, Cushine said. Community members, sometimes with their children in tow, began to arrive.

Cushine pointed out the clubs are full of staffers who know exactly how to entertain children who might be bored when grandma is getting her booster shot, and how to calm a little one who doesn't like needles.

The clubs plan to be open regularly— at least through February. On Wednesday night, it was slow but staff was ready with activities and the Disney movie "Encanto" playing on TV.