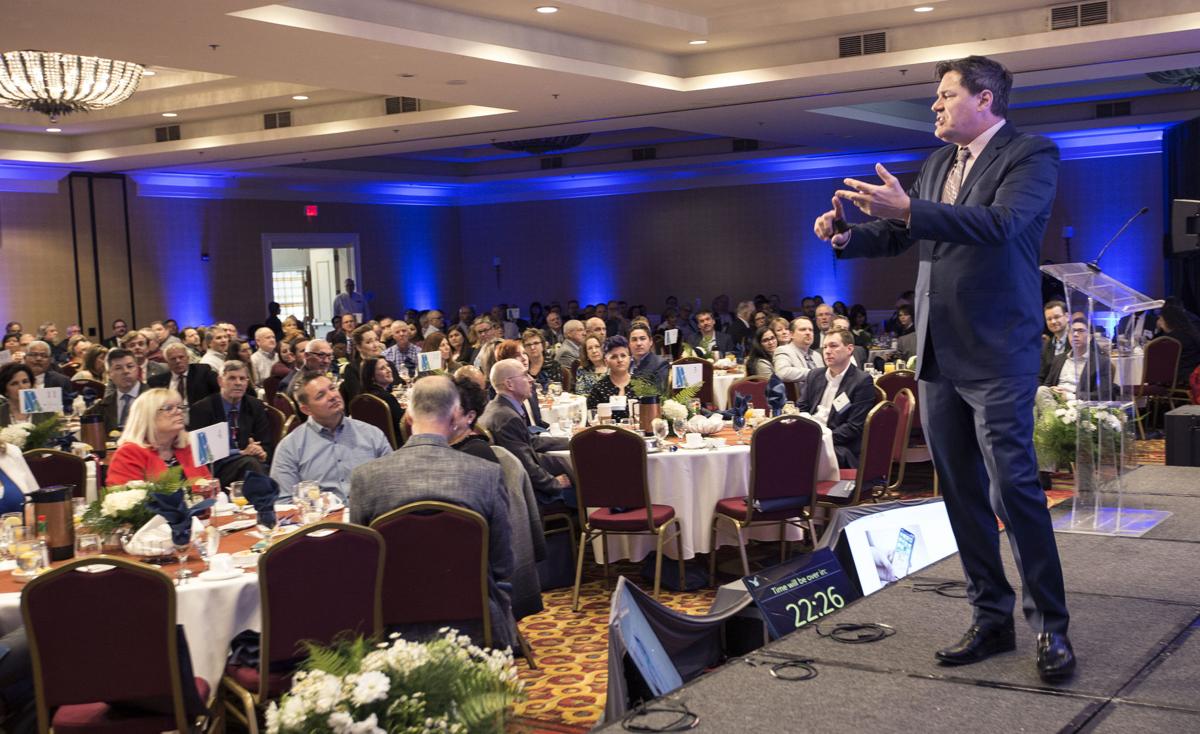 Christopher Thornberg, founder of Beacon Economics, speaks on the topic of California at the Crossroads at the 19th annual Kern County Economic Summit Wednesday morning at the Bakersfield Marriott at the Convention Center.

Nyakundi Michieka, assistant professor of economics at Cal State Bakersfield, speaks about the price benefits of having a home next to a golf course during the 19th annual Kern County Economic Summit Wednesday at the Bakersfield Marriott at the Convention Center. 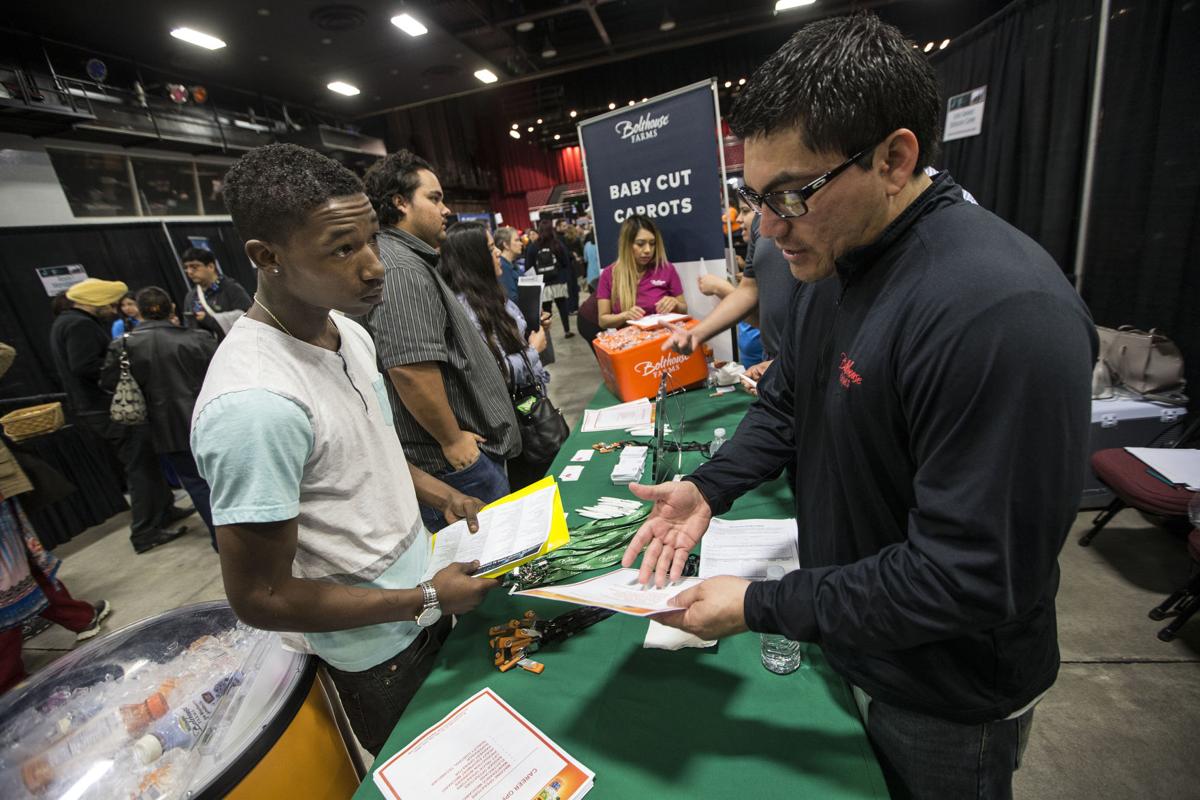 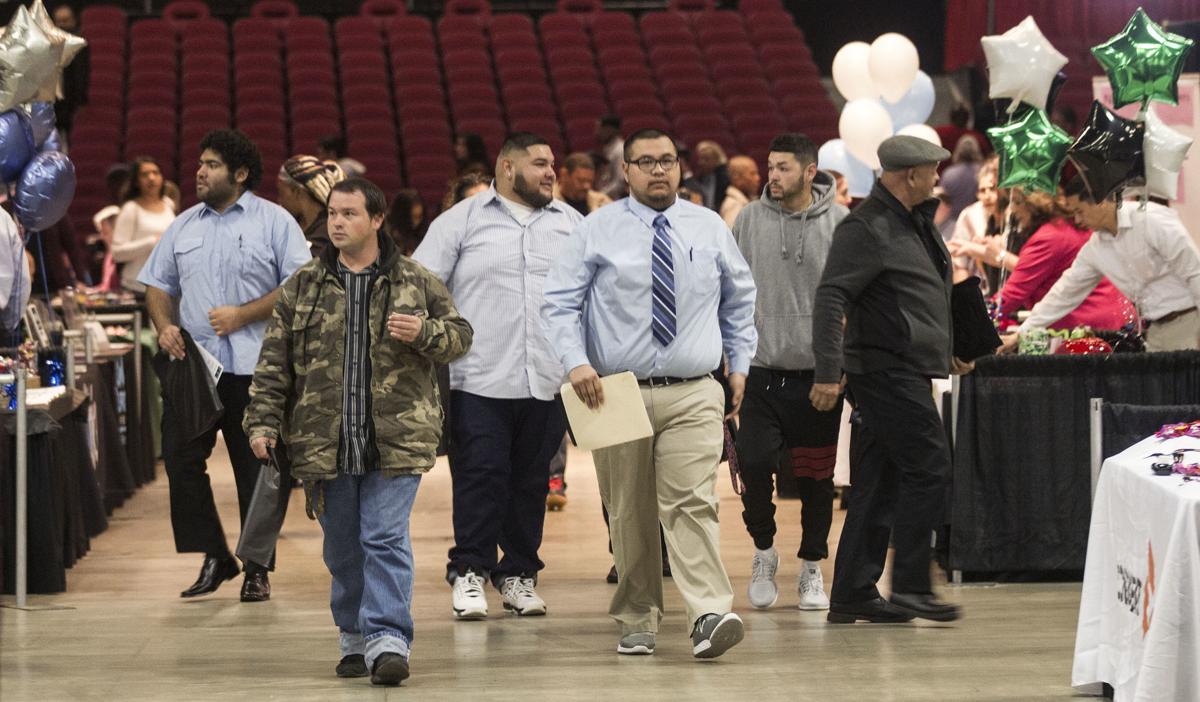 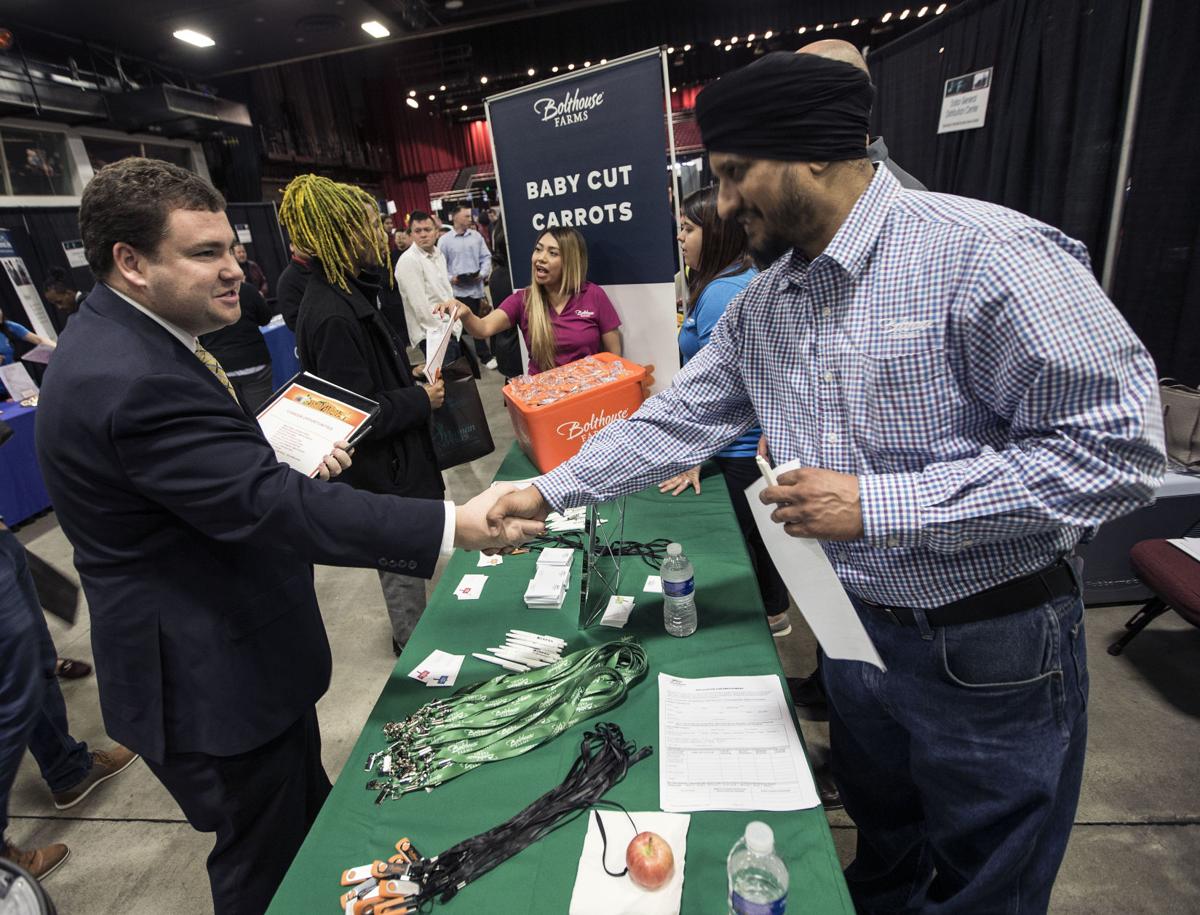 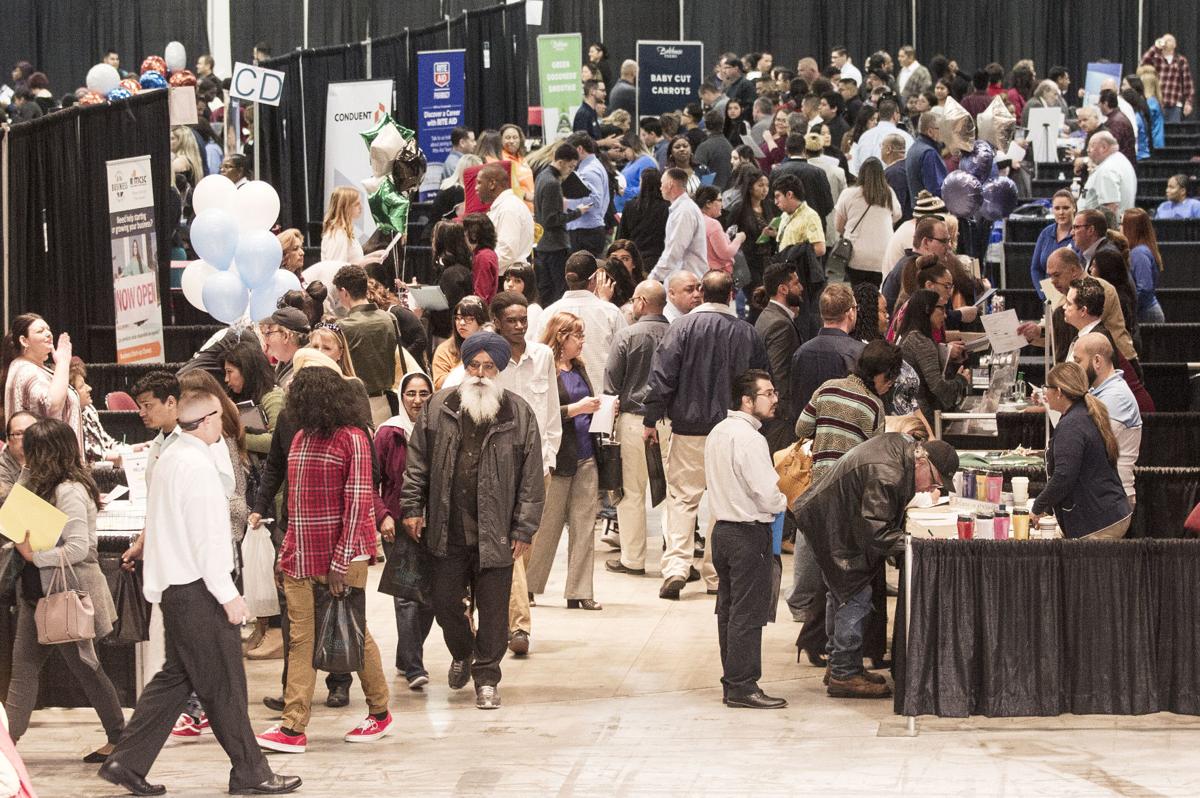 Christopher Thornberg, founder of Beacon Economics, speaks on the topic of California at the Crossroads at the 19th annual Kern County Economic Summit Wednesday morning at the Bakersfield Marriott at the Convention Center.

Nyakundi Michieka, assistant professor of economics at Cal State Bakersfield, speaks about the price benefits of having a home next to a golf course during the 19th annual Kern County Economic Summit Wednesday at the Bakersfield Marriott at the Convention Center.

If there was an overriding theme to Wednesday's Kern County Economic Summit, aside from a consensus that things are going better locally than anyone could have expected, it's that now may be the right time to take on big-picture challenges like the housing shortage, tax reform and the need to provide greater support for small businesses.

Speaker after speaker told hundreds gathered for the 19th annual event that Kern is performing well economically and is well-positioned to continue doing so for another year or more, defying recent worries that a downturn was around the corner.

But no sooner had the optimism left their lips than the talk turned to one problem or another that, if left unsolved, was sure to bring about a new calamity that would undermine the current prosperity.

Economist Christopher Thornberg set the pattern early as the summit's first speaker. He said even the indicators that appear negative — market volatility and cooling in the housing market — are either hidden positives or healthy outgrowths of an economy functioning as it should.

The plight of 'miserabilism'

The founder of Los Angeles's Beacon Economics urged the audience to turn away from the "miserabilism" infecting perceptions of the economy. He said the national economy looks to grow between 2 percent and 2 ½ percent in 2019 — a forecast shared by another presenter, Bank of America Private Bank executive Charles Simonds — and that Kern continues to add jobs in farming, health care, construction, logistics and hospitality.

The real problems, as he sees them, are politicians' inability to compromise, wealth inequality and the worsening housing situation, which he asserted (and others agreed) is "a supply problem, not an affordability problem."

More than one speaker viewed coastal cities' losses as Kern's gain, especially regarding housing but also the tight labor supply. Simonds said affordability "still is in Kern County's favor," and he termed the county's relatively high unemployment — almost twice the state average — a kind of blessing in disguise, in that it ensures Kern's workforce is competitively priced.

The senior economist for the California Association of Realtors, Jordan Levine, noted that although Kern's housing market hasn't slowed as much as the state's has, there are some signs of weakness locally.

Unless more housing is built in the southern Central Valley and elsewhere around California, he said, middle-class families will have no choice but to flee to other, more affordable states.

The summit included a panel discussion on the innovation economy, sometimes called the startup ecosystem, where Kern County has lagged Fresno and other cities. Panelists told of recent progress, such as the establishment of the county's first angel investor group, Kern Venture Group. But they also called for further investment in tomorrow's entrepreneurs.

Goli Ameri, CEO of Pasadena-based tech platform StartItUp, called for greater attention to the needs of micro, small and medium-size businesses that together make up the majority of jobs created in the United States. Instead of focusing on recruitment of large companies, regions should nurture startups in their own backyard.

Lake also spotlighted a growing effort to establish local business incubators. He said there would ideally be one in every city and each would have the ability to web-conference with the others.

"We need to have places for entrepreneurs to gather," he said.

Wednesday's keynote speaker, CALmatters columnist Dan Walters, told of California's ambitious plans to construct more housing, turn around declining high-school academic scores and build more water storage. But he said major hurdles stand in the way, not the least of which is reform of a tax structure that relies too heavily on capital gains among the wealthiest residents.

Walters was perhaps the event's biggest pessimist for having reminded attendees that the state's economy is slowing, evident in declining tax receipts, and that the next recession is coming sooner or later. But when asked whether there was anything he was upbeat about, he quickly pointed out California's great entrepreneurial spirit.

"We have capacity to deal with" the state's problems, he said, "if we have the will."

Kern's economy by the numbers

In an event replete with charts and figures, a few numbers stood out at Wednesday's Kern County Economic Summit:

2 to 2½: The percentage rate at which the U.S. economy will likely grow this year, according to Beacon Economics founder Christopher Thornberg and Bank of America Private Bank executive Charles Simonds.

39.8: The percent rate of payroll growth in the southern Central Valley between 1995 and 2015, according to Thornberg, who said the Bay Area's corresponding rate during that time was 23.6 percent, while that of Los Angeles was 27 percent.

53: The percent of Kern residents who can afford to buy a home in the county, as compared with 28 percent statewide, according to the California Association of Realtors.

Even though hiring outpaced layoffs, Kern's official unemployment rate actually rose to an estimated 8 percent in June from a revised 7.2 perc…