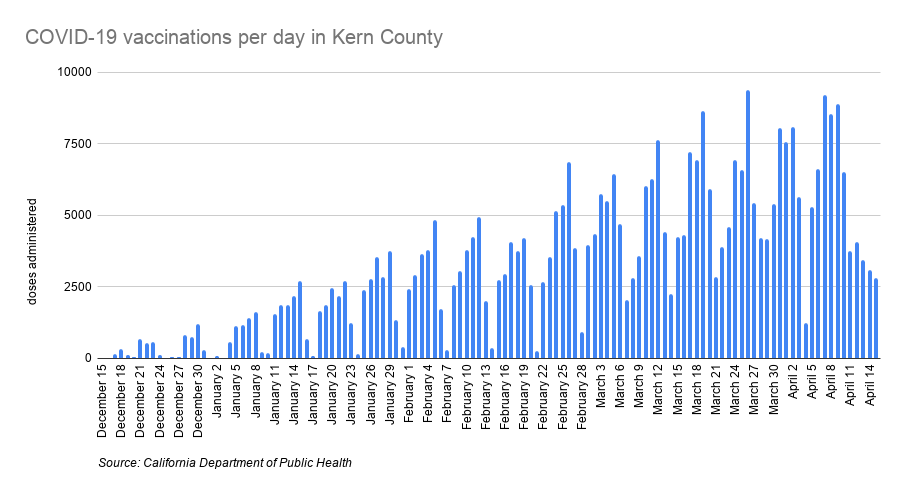 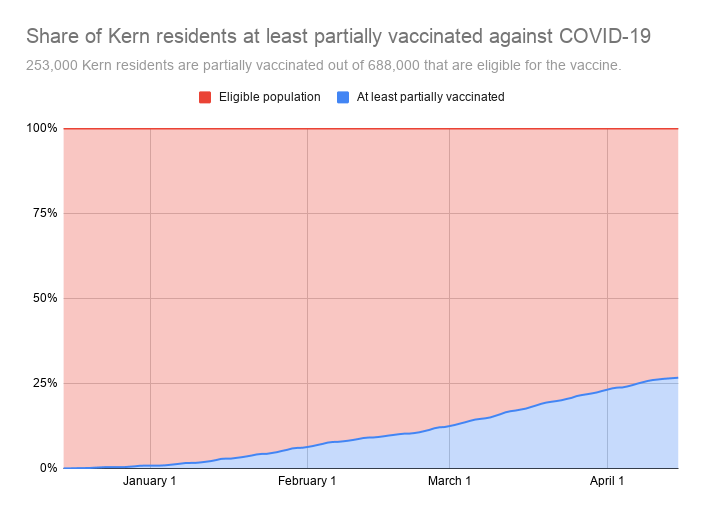 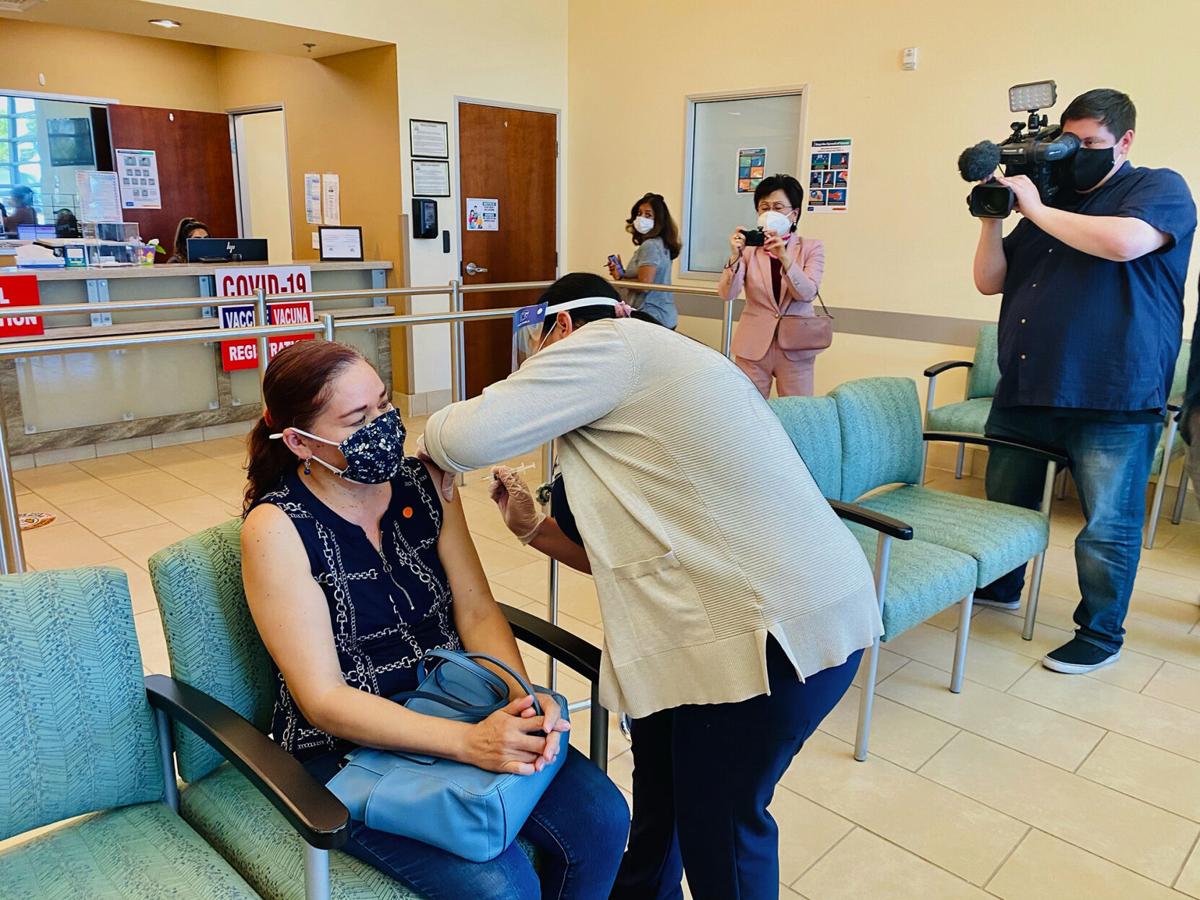 After lobbying for more vaccine doses — and getting more — Kern County's future vaccine supply could be in jeopardy due to a slowdown in people signing up to get the vaccine even though only about one-third of the county's eligible population has been vaccinated so far.

GV Wire, an online San Joaquin Valley news outlet, reported Thursday that Fresno County Department of Public Health gave back to the state a significant portion of 43,000 doses it recently received because of low demand. Only half of all appointments for the vaccine were filled, the outlet reported.

Kern County has seen a noticeable dip in vaccinations in recent days, raising concerns that the remaining unvaccinated population is either reluctant to get the vaccine or very hard to reach. The county has administered about 3,400 doses a day since April 11, half the 6,300 average daily doses administered the week before, according to data from a state database.

There are no set rules that require the return of vaccine if it is not used, Corson said. However, Blue Shield, the third party administrator, does take a county's vaccine supply on hand into account when determining each county’s weekly allocation, Corson said.

And that may already be having an impact.

Two weeks ago the state allocated Kern 25,000 doses of the vaccine and last week it allocated about 16,000 doses.

Kern County had experienced a major uptick in vaccinations in the past month. Throughout March and into the first week of April, vaccinations steadily climbed, reaching close to 10,000 doses administered on several days.

The county faces a number of obstacles in vaccinating the public that are unique compared to elsewhere in the state. Kern's large landmass, rural areas and lack of healthcare infrastructure compared to other counties is part of the problem. The county plans to work with partners to increase its mobile vaccination clinics to get vaccine out to people rather than expecting them to make an appointment online and visit a clinic, said the county's public health director, Brynn Carrigan.

But there is emerging concern that vaccine hesitancy has taken hold among a large swath of the population.

A halt to administration of the Johnson & Johnson vaccine last week likely didn't help ease the minds of those concerned about the safety of the vaccine, which has been a reason cited among those opting not to get vaccinated. The Food and Drug Administration made the recommendation based on eight cases of blood clots in people who received the vaccine, which resulted in one death.

New cases of COVID-19 in Kern have remained low in recent weeks and it's likely the natural immunity of those infected during the winter surge is providing some additional benefit.

Close to 70,000 Kern residents were infected with COVID-19 between Nov. 1 and March 1, according to county data. However, it is recommended that even those who have had COVID-19 get the vaccination.

"That leaves us susceptible and open to infection. With every cycle of infection comes increased risk of new variants, more replication," Goldis said.

"Anyone who dies from COVID going forward, it’s a shame," Goldis said, "because it’s preventable."

Share of Kern residents at least partially vaccinated against COVID-19