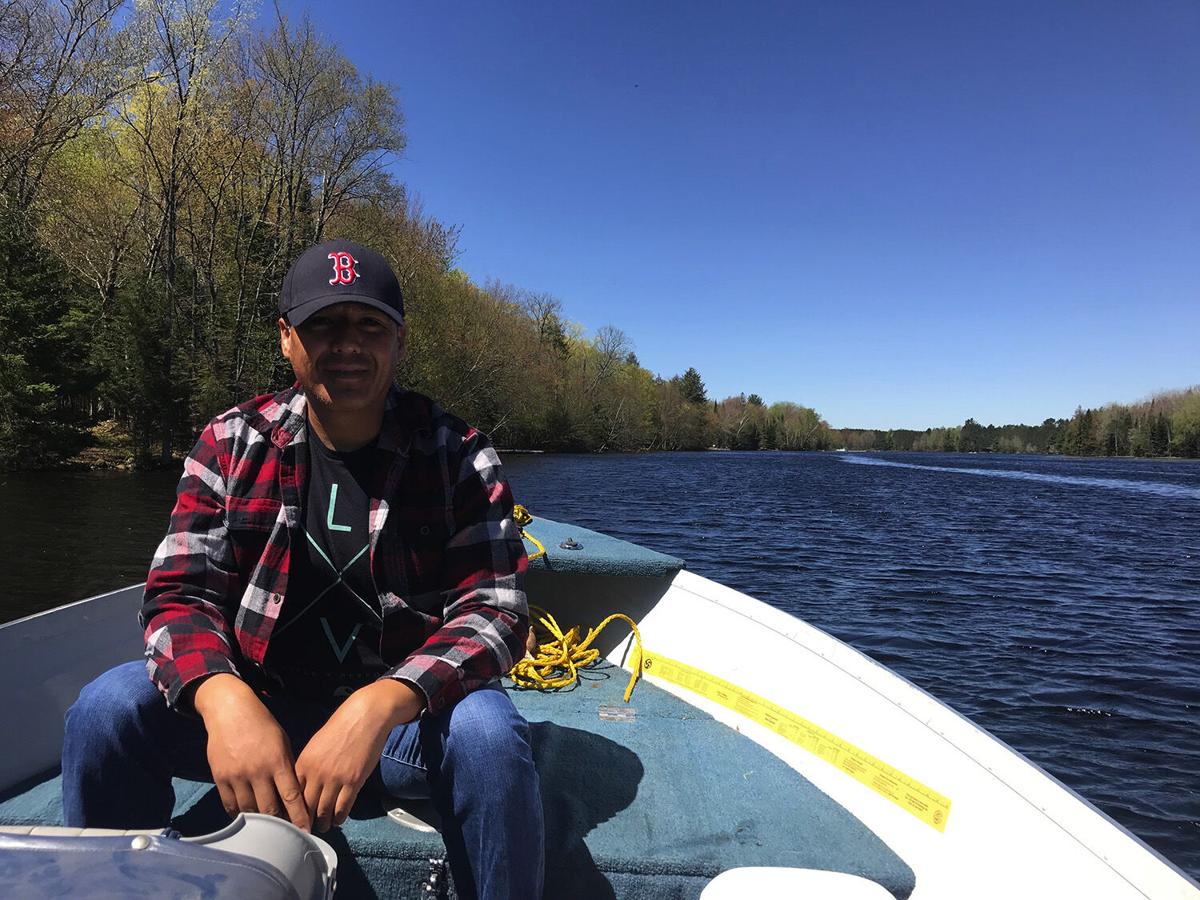 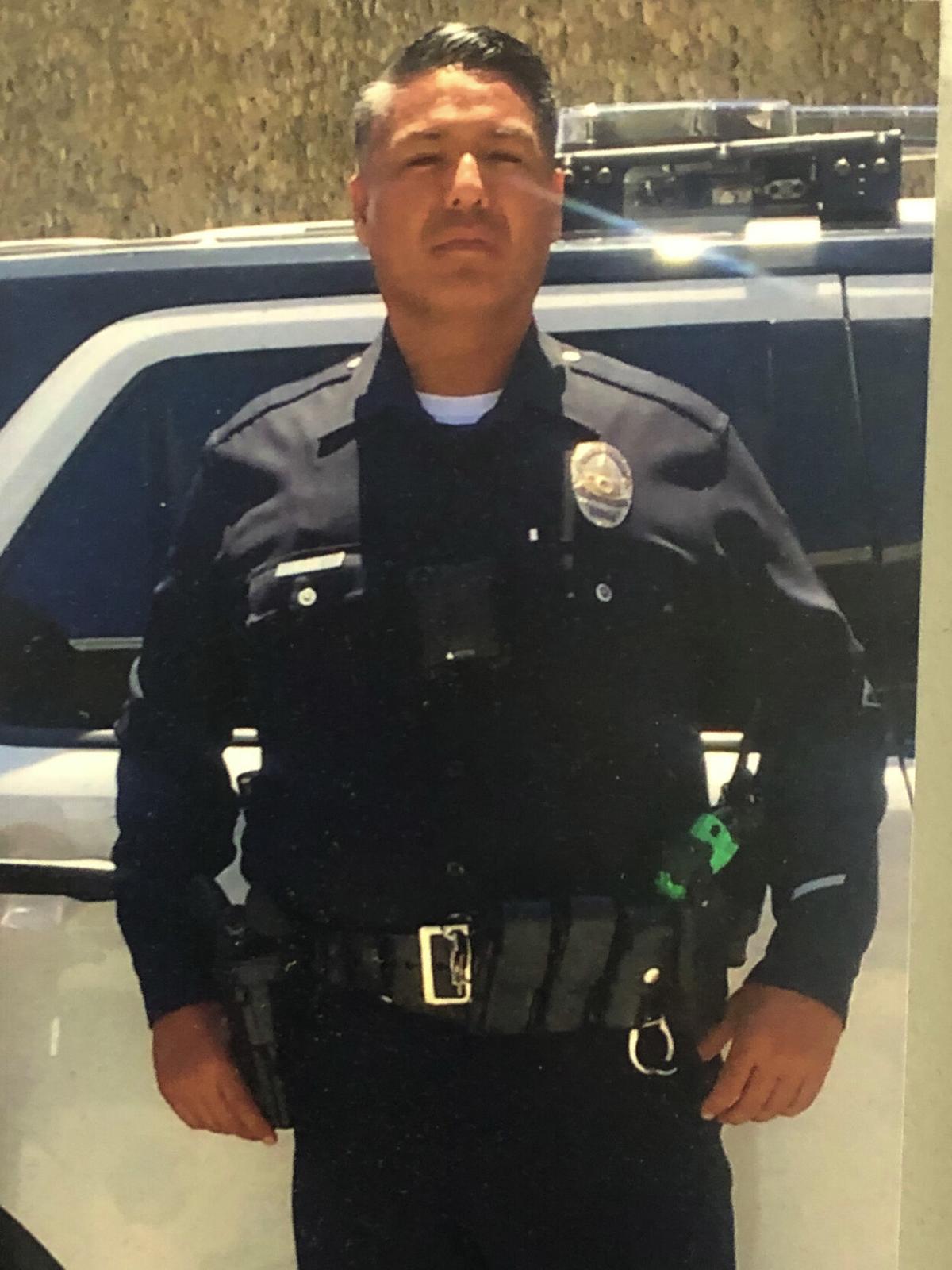 Valentin "Val" Martinez served in the LAPD for 13 years 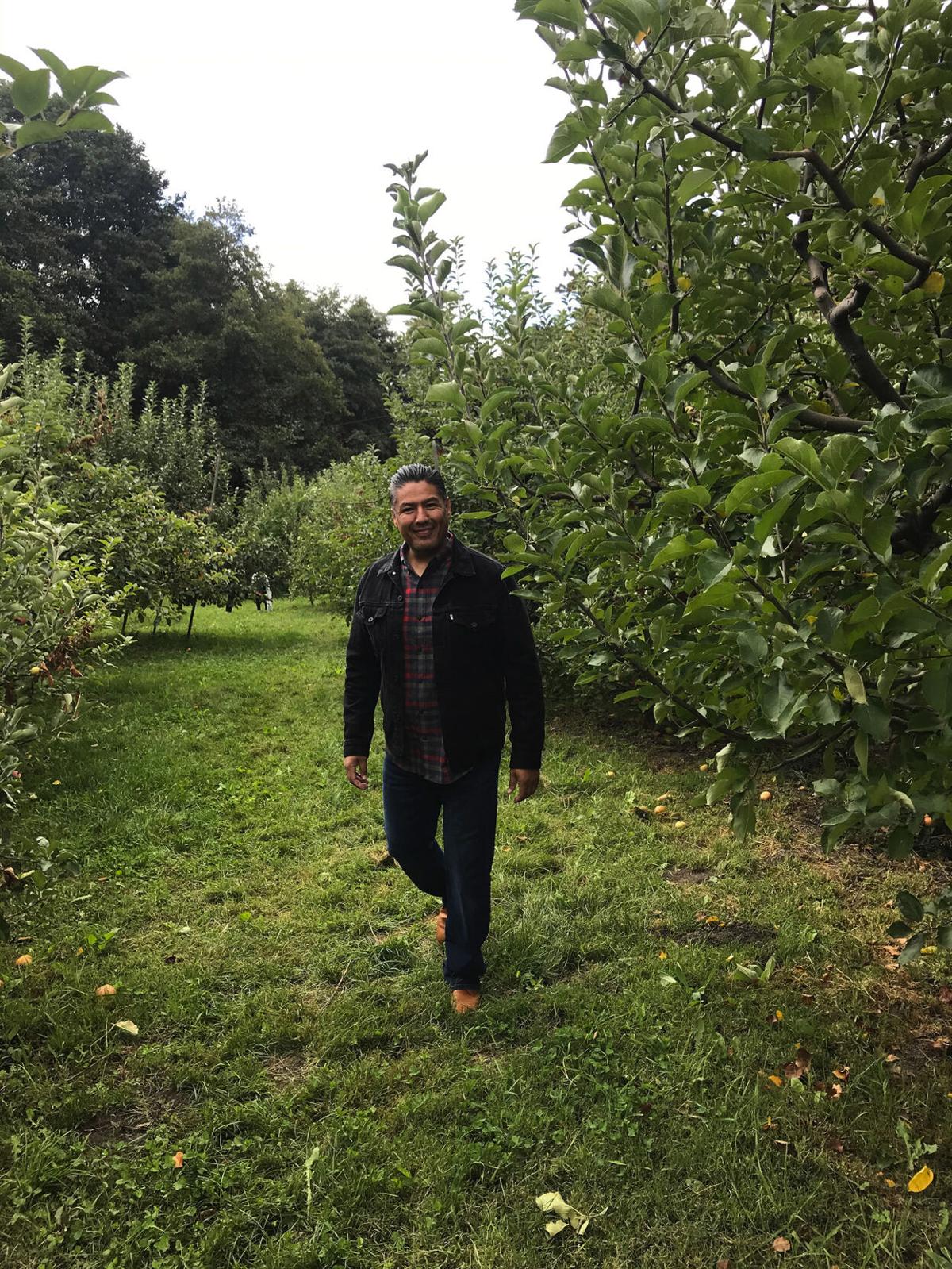 Val Martinez moved to Delano with his family when he was 10. He went to public schools, graduating from Delano High. 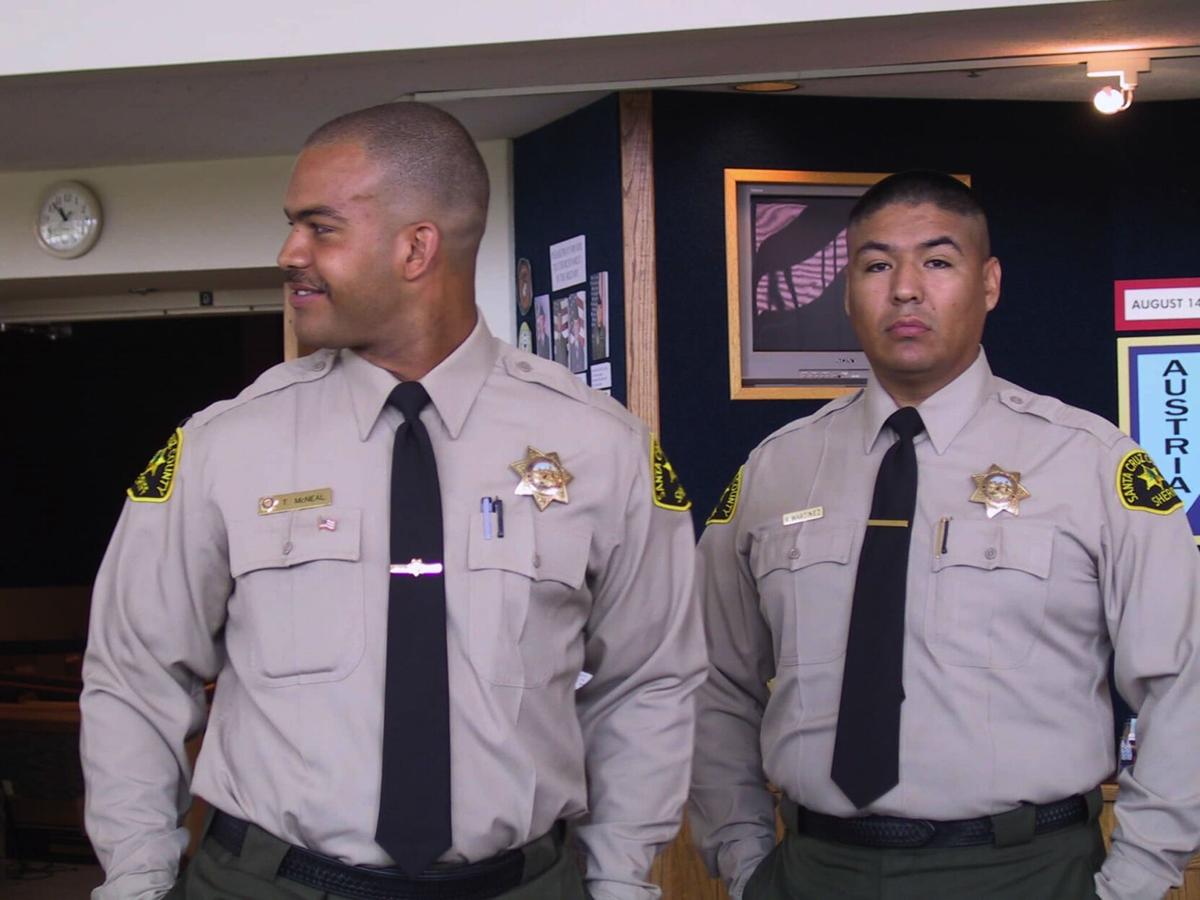 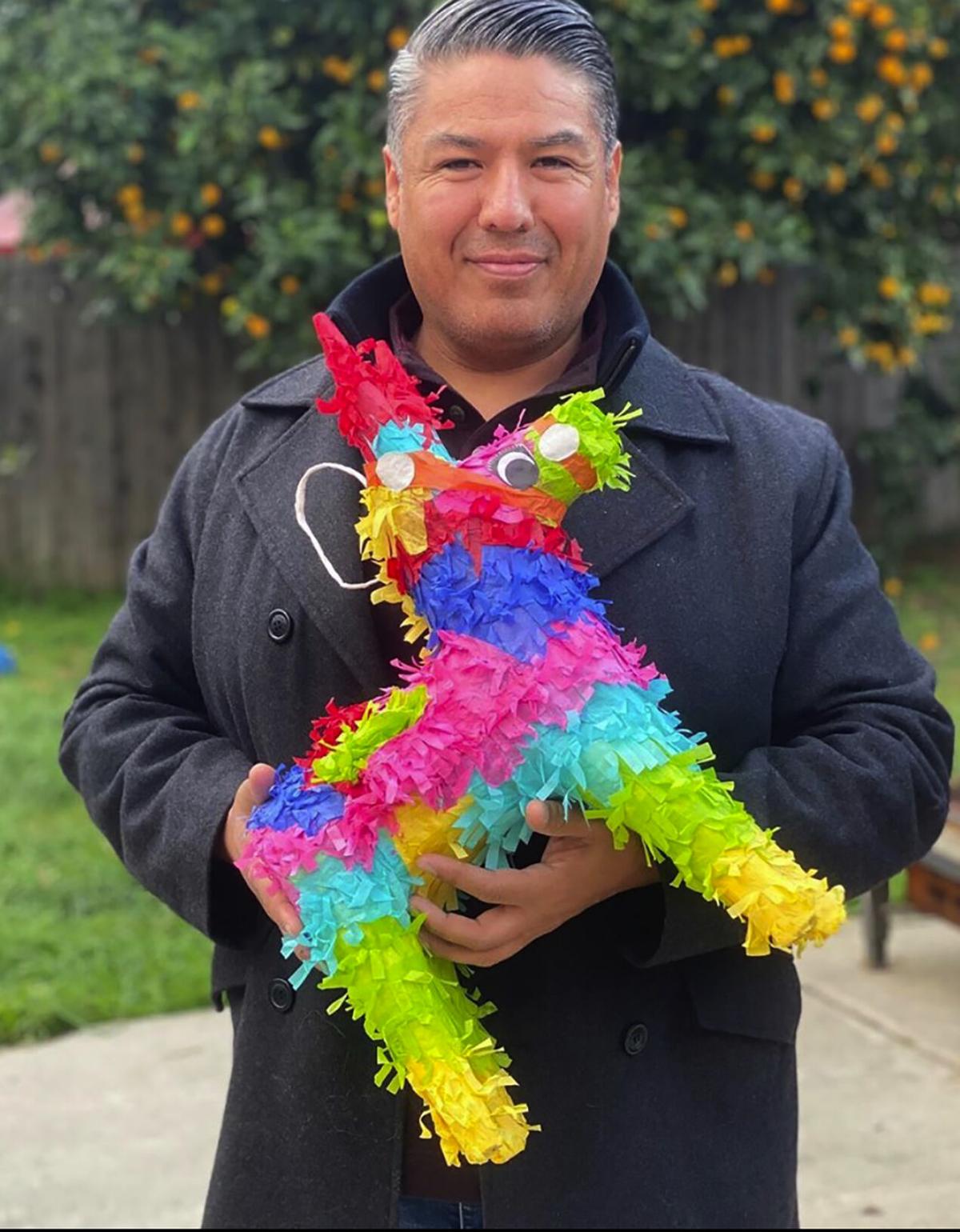 Valentin "Val" Martinez served in the LAPD for 13 years

Val Martinez moved to Delano with his family when he was 10. He went to public schools, graduating from Delano High.

If mom was making flour tortillas from scratch, siblings of Valentin "Val" Martinez took it as a sure sign their big brother, the one who had always done their family proud, was driving north from Los Angeles County to Delano to pay a visit to his farmworker mother.

He always brought her money, too, family members say, because that's the kind of son he was: generous, successful and mindful of his obligation to family.

The loss comes as especially difficult because Martinez, whose family said he had no known health complications, was about to become a first-time father to twins.

A Mexican immigrant who studied hard to become a law enforcement officer, Martinez had served in the LAPD for 13 years, starting shortly after he became a U.S. citizen.

His brother Ricardo Martinez remembered Val as a lighthearted jokester and role model who devoted time with his church to build homes for the needy in Ensenada, just south of the U.S.-Mexican border.

Val carried two Bibles in his pickup truck at all times and made sure to keep his hair neatly combed, Ricardo said. But his brother's top priority in life, Ricardo said, was the woman who brought her children to the United States from Mexico and raised them as a single mother.

"Honestly, my mom, she was his world," Ricardo said. "That was, like, the main thing for him, honestly."

Born in San Luis de Custique in the Mexican state of Zacatecas, Val Martinez was an energetic child who loved playing with marbles, toy cars and wooden tops.

After initially moving to Watsonville, the family settled in Delano when Martinez was 10. He went to public schools, graduating from Delano High, before going on to study criminal justice in college.

He worked tirelessly to provide for his three brothers and sister while his mother continued working in the fields. Eventually Martinez landed a job as a correctional officer in Salinas.

But his biggest professional accomplishment, family members say, was landing a job with the LAPD. They said he wanted to make a difference in the big city.

The police agency did not respond to a request for comment Wednesday.

Information posted on GoFundMe.com, which has at least two pages dedicated to raising money for his family — one set up by his siblings, one posted by the sister of the girlfriend expecting to give birth to twins in November — say Martinez became infected with the virus while at work in May.

After initially staying at home sick, Martinez was taken to Henry Mayo Newhall Hospital in Santa Clarita. When his condition worsened he was taken to an intensive care unit at Providence Saint John's Health Center in Santa Monica.

Brother-in-law Albert Grajeda said Martinez was a really nice guy with an easy sense of humor.

The last time Grajeda saw Martinez he was wearing shorts and members of the family poked fun at his freshly shaved legs. But instead of adamantly defending his grooming choice, which Grajeda said was viewed as a path to good luck, Martinez took off his shirt to show he had shaved his chest, too.

"He never got offended," Grajeda said.

Martinez's death has reminded Grajeda of the seriousness of the pandemic.

Martinez is survived by his mother, Maria; his father, Ricardo; brothers Ricardo, Navor and Juan; and his sister, Diana Martinez.

After that, his body is expected to be escorted north into Kern County. A burial service has been arranged for 10:30 a.m. Friday at North Kern Cemetery, 627 Austin St. in Delano.

Rest in Peace young man.....I hope your children grow up in a more loving world....

Thank you to Bakersfield.com and the Delano community for the love and support they have showed the Martinez family during these unimaginable tragedy. Correction on the story, I’m Val’s Cousin-in Law and not his Brother-in Law; also I included the family’s Go Fund me page below. Thank you everyone.

alexkelley: I agree with your comment. It seems that the BC has refused to print it, though..........as it does when it disagrees with anyone.

This story is a great & moving tribute to one of our wonderful Americans serving in blue. #BackTheBlue. Unfortunately, the article is pure pandering platitudes perpetrating unfounded assertions. There is no way to prove how/where he contracted COVID-19, no way to know (unless the family will disclose ALL medical history) that he died solely of the virus, and, there is no evidence presented that he was LAPD to die of COVID-19. Even the LAPD, in other articles, disavows knowing how many officers have died on duty, or otherwise, while also having COVID-19. What is true is that hospitals & doctors, in California as well as nationally, are labeling 10’s of 1000’s of deaths as “COVID-19” deaths without accurately or honestly proving such classifications. My condolences to this man’s family & may he Rest In Peace, but, please, TBC, stop using these highly emotional personal tragedies to push a false leftist agenda.

So sorry to hear of this. All police need our support during this trying time in our history. I hope gofundme raises a ton of money in his name. BLUE LIVES MATTER!

Condolences to the family. He sounds like one heck of a man. Too bad only the good die young.

This article was very beautifully written, about a very loving man that was a cornerstone to a lot of family and friends he knew.

My condolences go out to the family. Thank you for sharing what made this person so good.