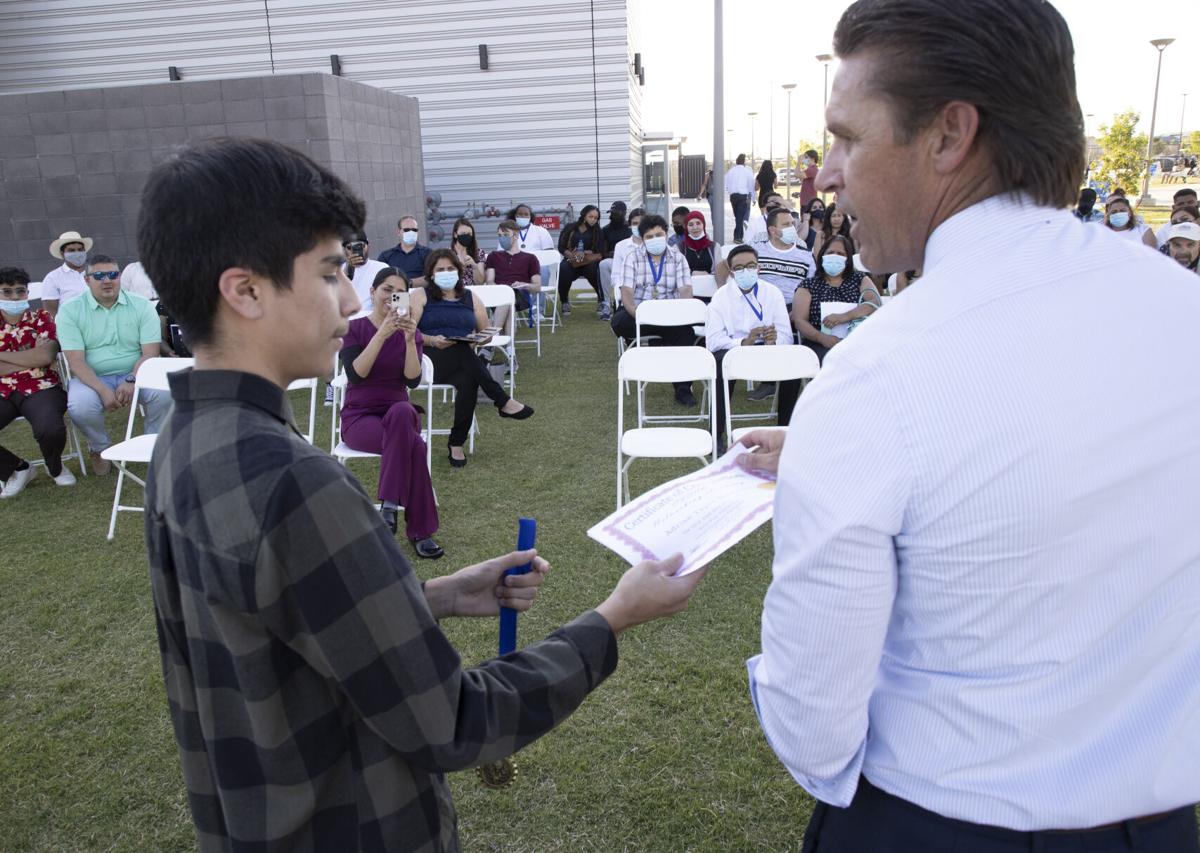 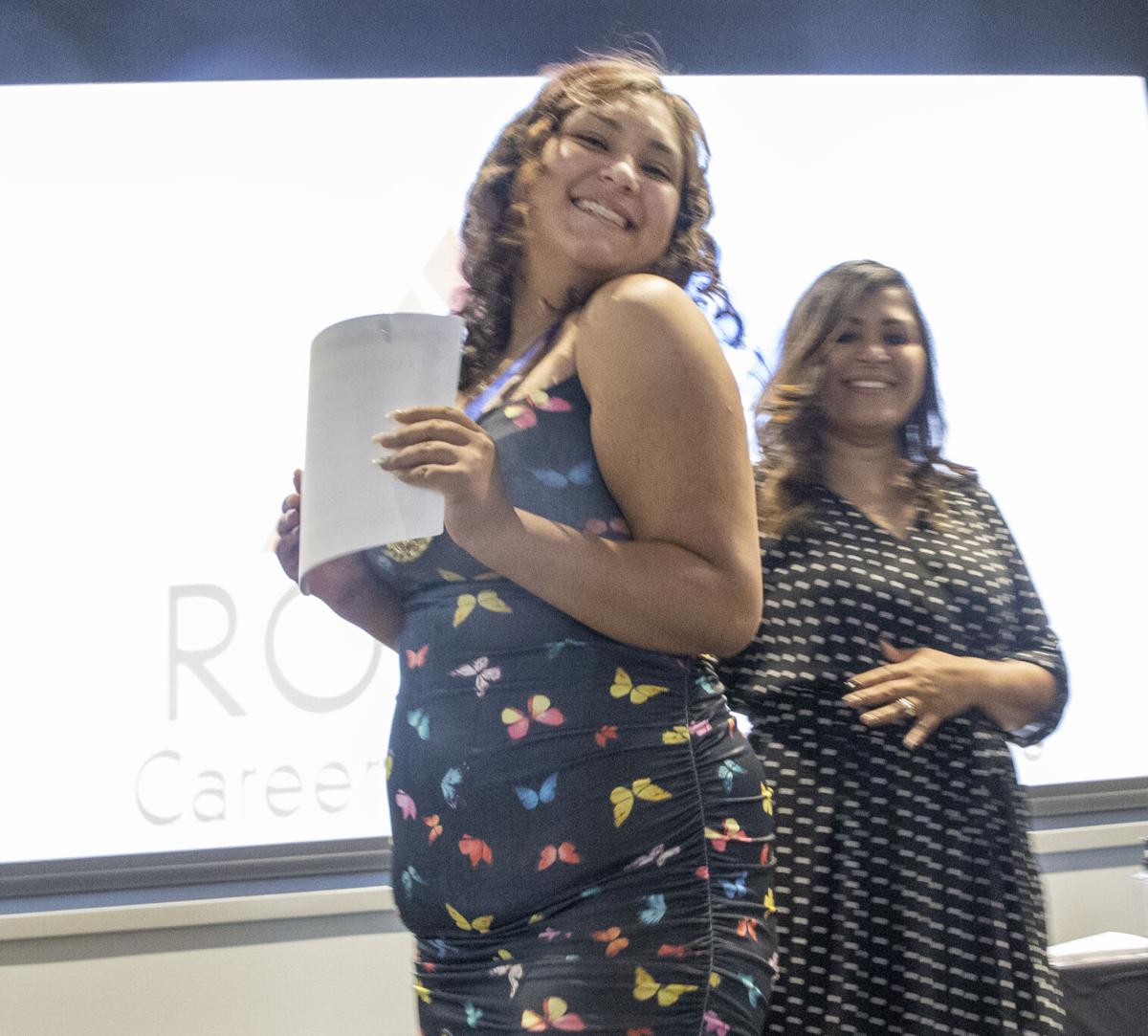 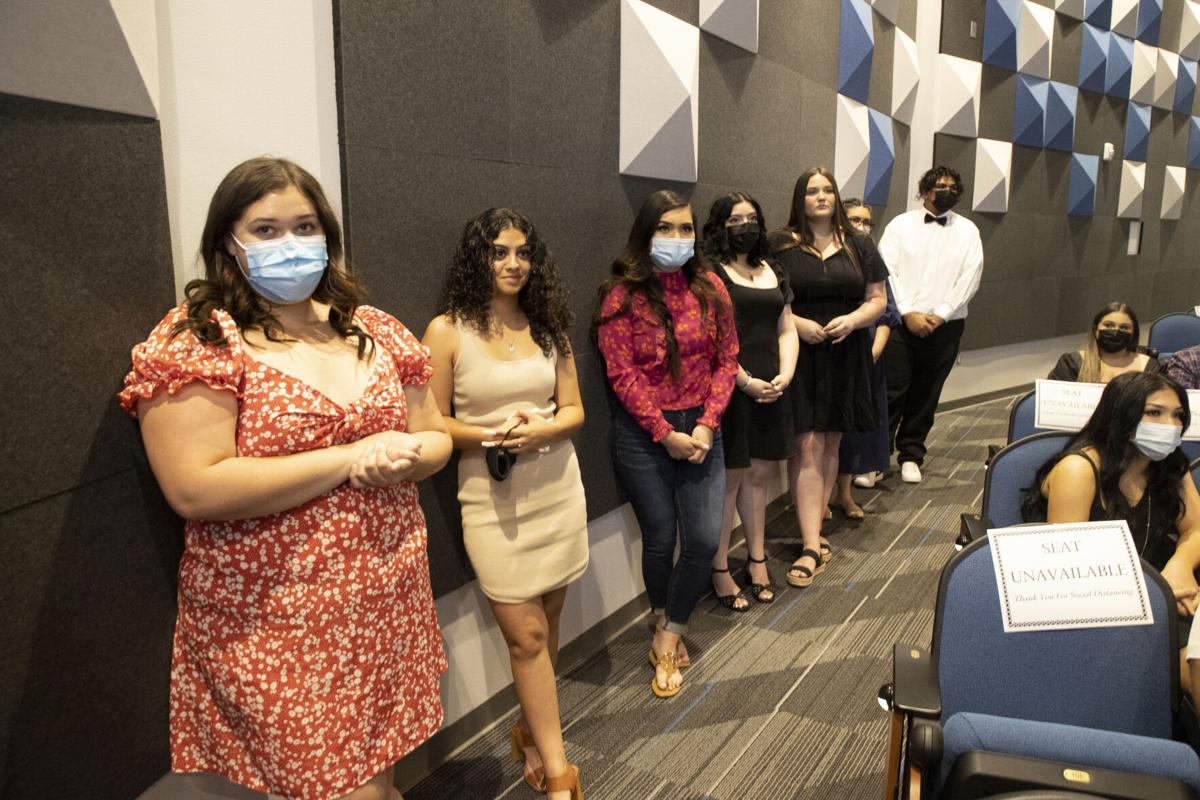 Career Technical Education Center students stand in line to get their certificates on Wednesday evening. 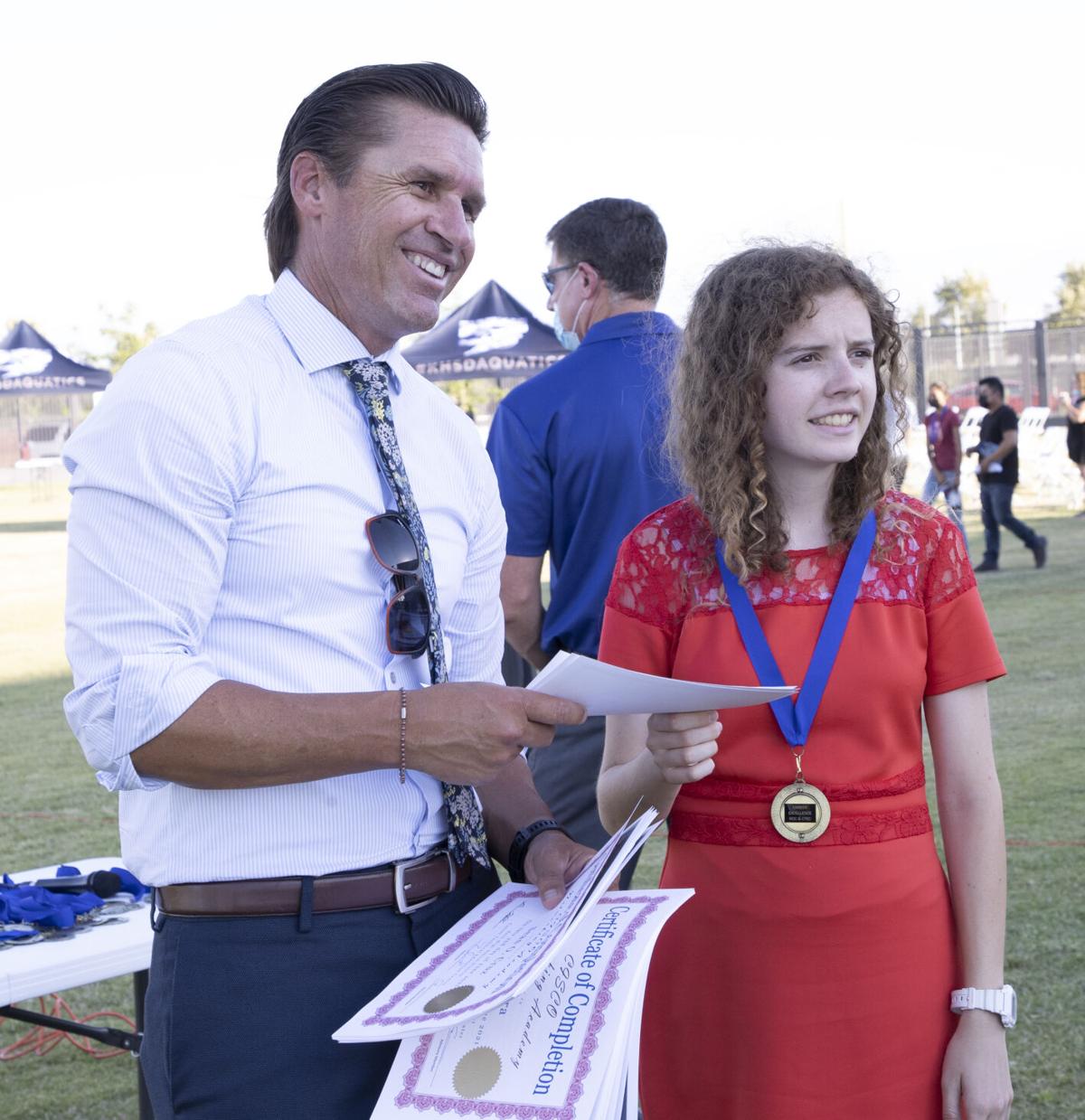 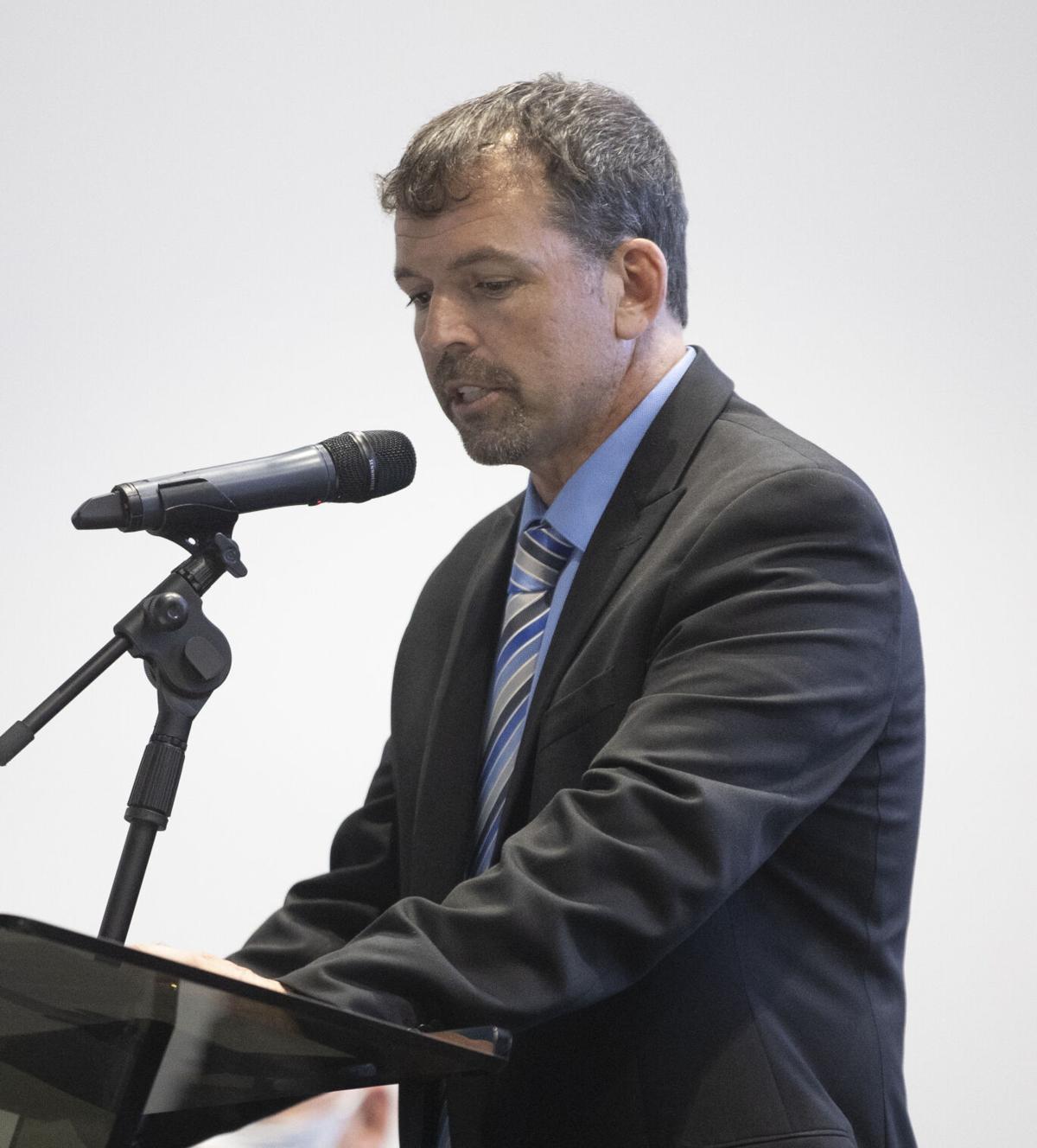 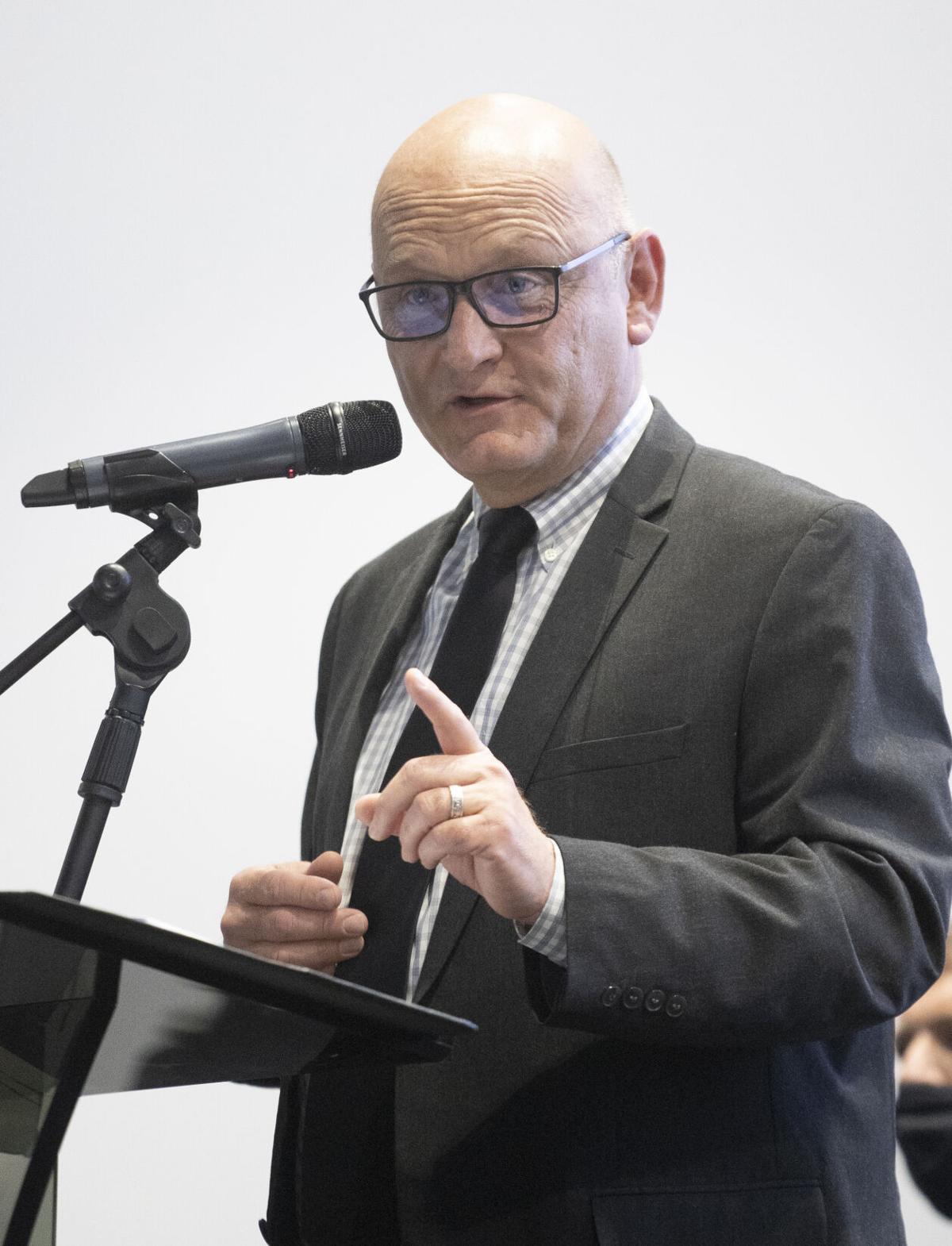 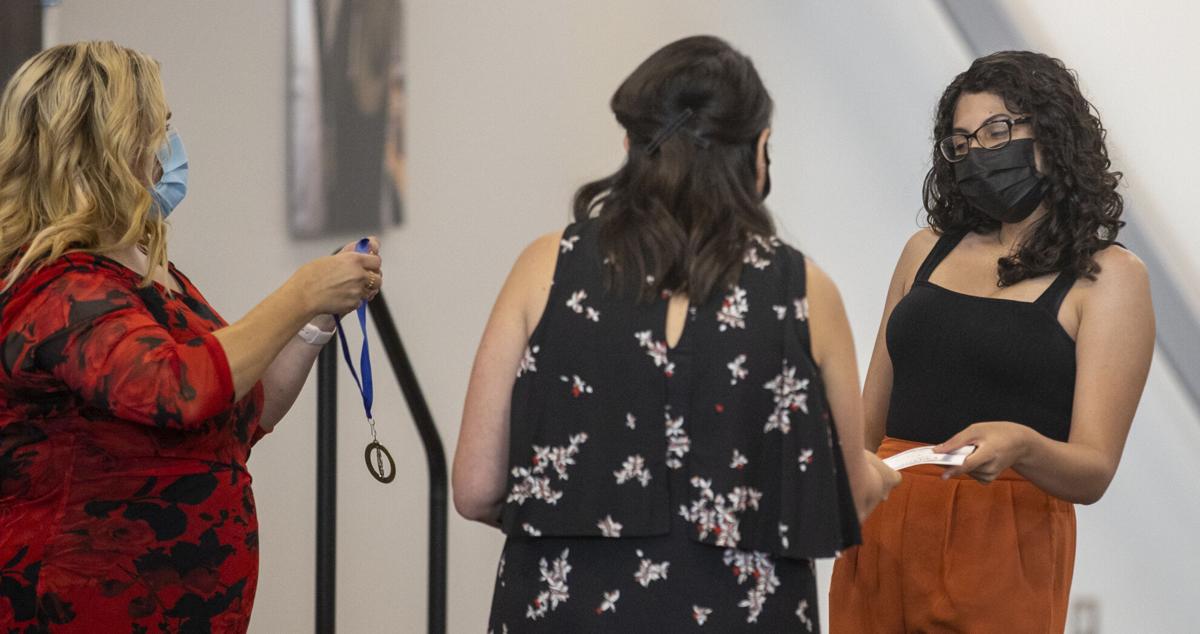 A student received her certification on Wednesday during the Career Technical Education Center certificate ceremony.

Career Technical Education Center students stand in line to get their certificates on Wednesday evening.

A student received her certification on Wednesday during the Career Technical Education Center certificate ceremony.

There were no caps and gowns at the Career Technical Education Center on Wednesday night, and the ceremonies honoring students were much smaller and less formal than those that will be held at high schools around Kern High School District next week. But the sense of destiny and purpose felt a little heavier than your average high school commencement.

"The work we put in here is not the end but the starting line," student Rosemary Barraza told her classmates in the dental assistant program.

One goal of career and technical education is to give students a leg up in their future career paths. And some of the students who had completed their programs at the Career Technical Education Center said it had set them on a new course after graduation, whether to become a classroom aide or a pharmacy tech. Many students at certificate night on Wednesday were well on their way.

Alexis Salas, a senior and graduate from the dental assistant program, is already working at an orthodontist's office. She said the program was perfect for someone like her who knew she didn't want to go to college and wanted to get a headstart in her career. Her guest was her grandma Leticia Singleterry, who had worked as a dental assistant for 42 years.

"You've got one foot in the door," said her mom Vanessa Tripodi.

Jesse Espinoza, a senior at Foothill, said that he had contemplated other options for his future but he really wanted to be a firefighter. He enrolled in the fire technology program at CTEC, and that solidified it for him.

He planning to enroll to take firefighting courses at Bakersfield College, and ultimately become a firefighter. His parents were beaming and proud at Wednesday's ceremony.

"He wanted to be a firefighter and he's accomplishing it," said his dad Juan Espinoza. "He's really going for it."

Between Wednesday's and Tuesday's ceremonies at the Regional Occupational Center, 1900 students in the Kern High School District received certificates in career education, according to principal Brian Miller.

The Career Technical Education Center, just next to Independence High School, was open and ready for students in fall, but just how many students would be able to come on campus was an open question for much of the year because of COVID-19 protocols.

"It was difficult teaching a firefighting class over the internet," said instructor Lorran Gee.

But he said the kids really dove into the material and embraced it. And when they were allowed to come in, they did enjoy working with the hands-on equipment, including hoses.

So much of career technical education benefits from in-person learning offered at the center, including a warehouse with a functioning forklift, science laboratories and high-tech computing equipment.

But Miller believes that hands-on formula was a winning one for his students. He said 60 percent of them returned for in-person learning when they did open, which is almost double the number district-wide.

Associate Superintendent Dean McGee commended students for breaking from their normal routine and classes and coming to CTEC. He said he had once as a South High student taken classes at ROC. Though he didn't continue on the career path from the classes he chose, it gave him a new perspective on the kinds of career he could have.

It’s been years in the making and the crown jewel of the Kern High School District’s career education program, if not the district itself, has…