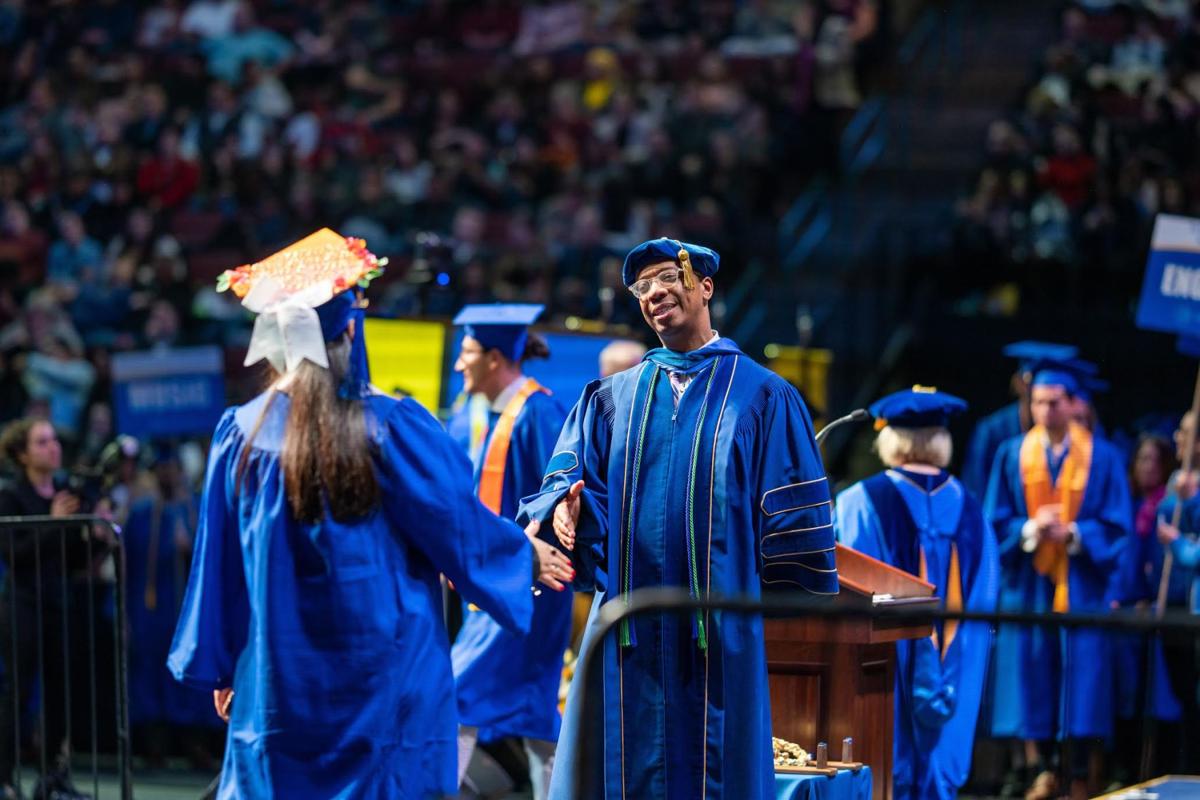 Vernon B. Harper Jr. has been named​ ​provost and vice president for academic affairs at ​​Cal State Bakersfield, effective immediately. 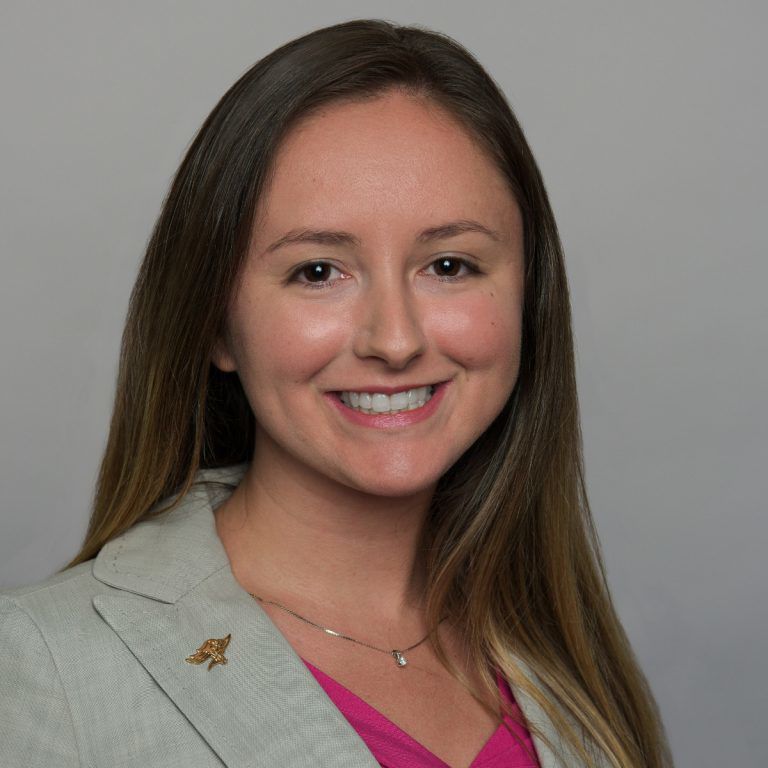 Kallee McCullough, assistant professor of criminal justice, has been selected to serve as the first assistant director of the Kegley Institute of Ethics. 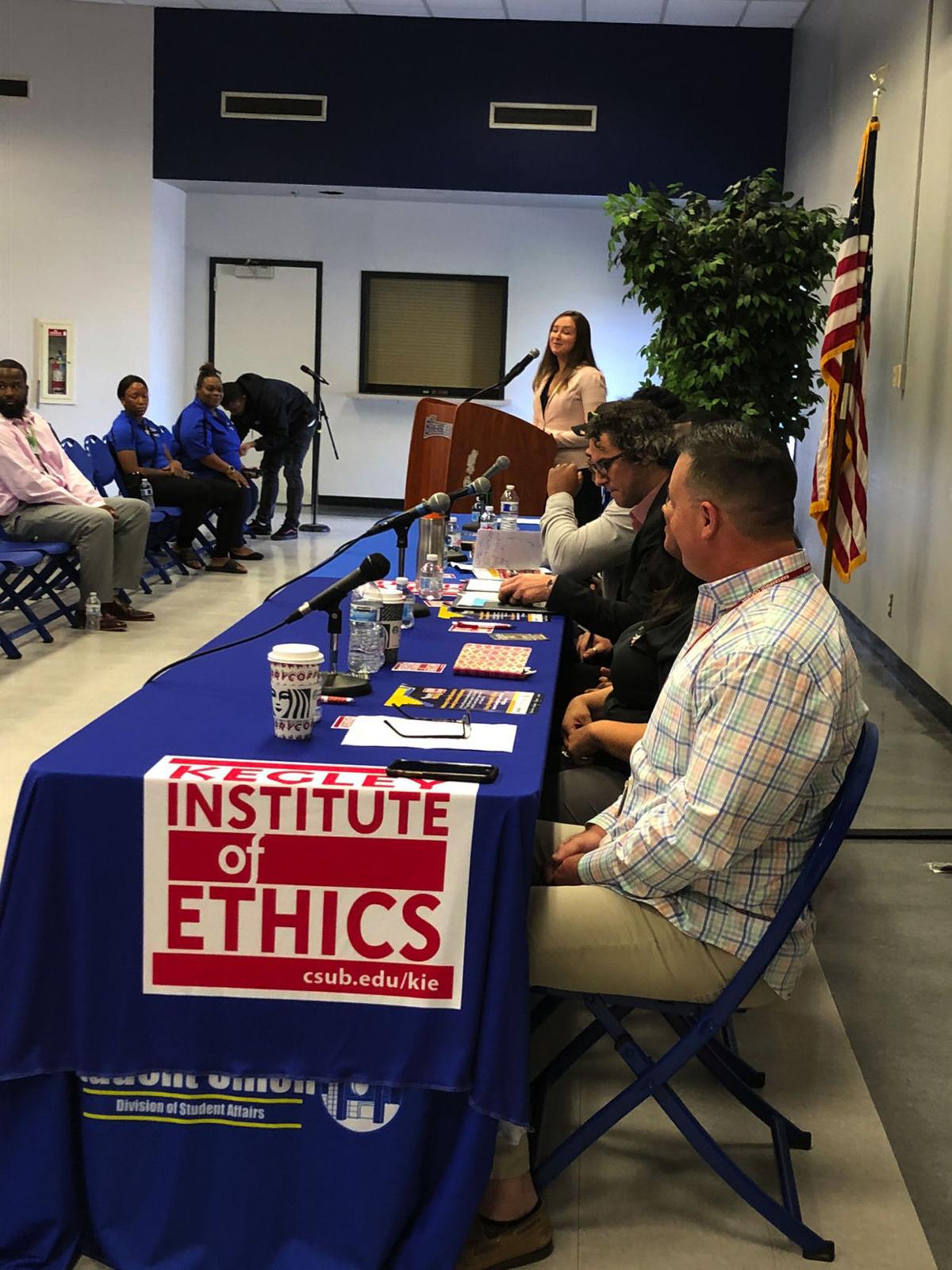 Kallee McCullough, at podium, speaks at the Kegley Institute of Ethics' Bailing on Bail! A Discussion on Eliminating Bail in California panel on Nov. 1, 2018.

Vernon B. Harper Jr. has been named​ ​provost and vice president for academic affairs at ​​Cal State Bakersfield, effective immediately.

Kallee McCullough, assistant professor of criminal justice, has been selected to serve as the first assistant director of the Kegley Institute of Ethics.

Kallee McCullough, at podium, speaks at the Kegley Institute of Ethics' Bailing on Bail! A Discussion on Eliminating Bail in California panel on Nov. 1, 2018.

Cal State Bakersfield recently selected two individuals to fill influential positions on campus, during a time when strong leadership is needed most.

Vernon B. Harper Jr. has been named​ ​provost and vice president for academic affairs, while Kallee McCullough, assistant professor of criminal justice, has been selected to serve as the first assistant director of the Kegley Institute of Ethics.

For more than a year, Harper served as interim provost and vice president for academic affairs. The provost is the university’s chief academic officer and serves as its leader when the president is away from campus.

"It’s a true honor to be selected for this position," Harper said.

Harper joined CSUB in April 2016 as associate vice president for academic affairs and dean of academic programs. During his time at the university, Harper has focused on improving student graduation rates, supporting students through their academic journeys, creating new academic programs and fostering community collaborations. He has also led CSUB's partnership with Bakersfield College to improve transfer articulation and graduation rates.

While serving as interim for his eventual role, Harper said he grew as a leader with help from those around him.

"You never do that by yourself. I had a marvelous team of deans helping me and supporting me," he said. "The president is a remarkable developmental leader. The amount of time she invested in me is outstanding."

As the university plans for a mainly virtual learning experience this fall, Harper said his goal as chief academic officer will be to "continue to support (students) and coordinate and find resources to create learning environments to help support their goals."

"I know our faculty and what they do in our classroom. My wife is a faculty member, and I see how she cares about her students," he said. "We’re going to craft learning environments that are just as effective as face-to-face. Every student should absolutely see the university as the place they want to be."

McCullough, who is about to complete her second year in CSUB's criminal justice department, will serve as the Kegley Institute of Ethics' first assistant director, overseeing day-to-day operations and developing new ethics programming and initiatives both at CSUB and in the community. Her appointment begins in August.

She's not a stranger to the institute, having worked with Director Michael Burroughs on events in the past.

"It seems every semester is new and exciting. Everything I was involved in and participated it, it’s been amazing," she said.

As a member of the Department of Criminal Justice, McCullough's primary research interests include procedural justice and legitimacy, criminal justice policy analysis, sentencing and corrections. Her passion for criminal justice emerged when she went on a high school field trip to her town's jail and saw what was hidden behind walls: inmates in small rooms with tiny windows, desperate for outside contact and needing rehabilitative services.

"It opened my eyes to a whole new world," she said. "I never experienced anything like that. I wanted to learn more."

That experience eventually led to a career working with individuals reintegrating into society and participating in organizations that focus on reducing the unintentional consequences of mass incarceration.

As assistant director, McCullough hopes to expand the KIE Humanities Beyond Bars Initiative and Student Fellowship programs, either virtually or in-person. The institute has introduced seminars in prisons and even had students participate in ethics bowls with inmates. When you give inmates stimulating material, "they will go above and beyond and blow you away with what they will create," she said.

A long-term goal she has is to provide Inside-Out programming, which brings college students and incarcerated students together in jails and prisons for learning.

"You just look for her in a position like this. She's responsible, energetic and good at interacting with people," Burroughs said. "It’s an open institute and we want to be accessible to lots of different people. She’s good at being accessible and being a great collaborator."