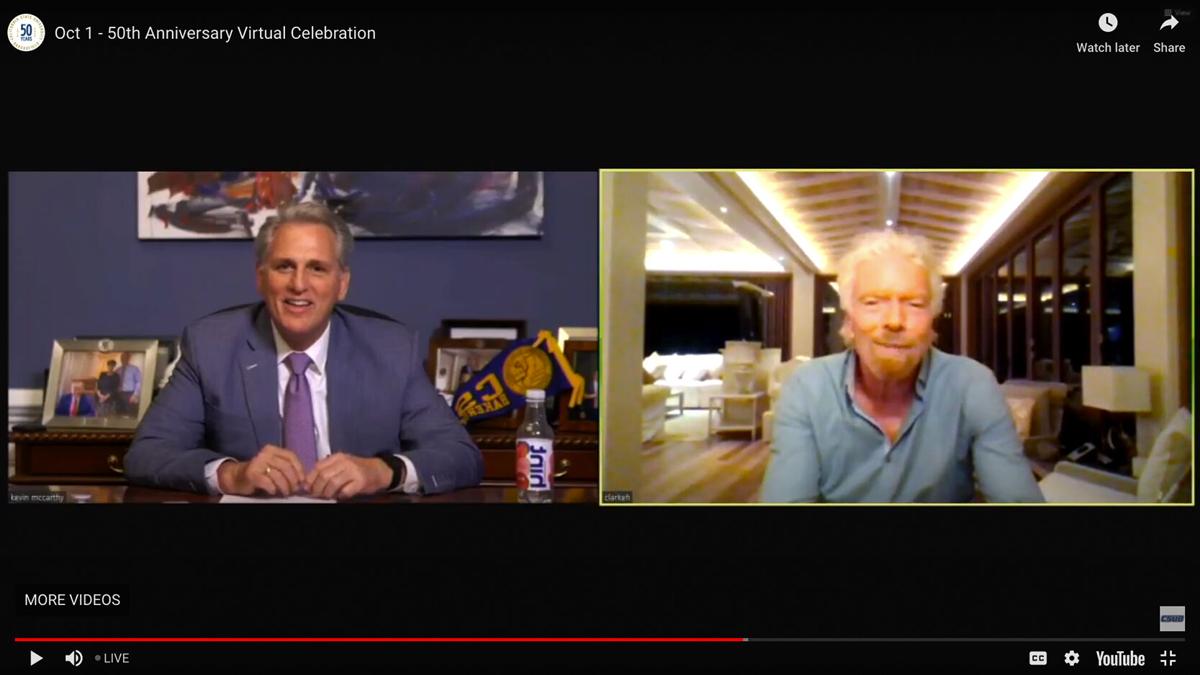 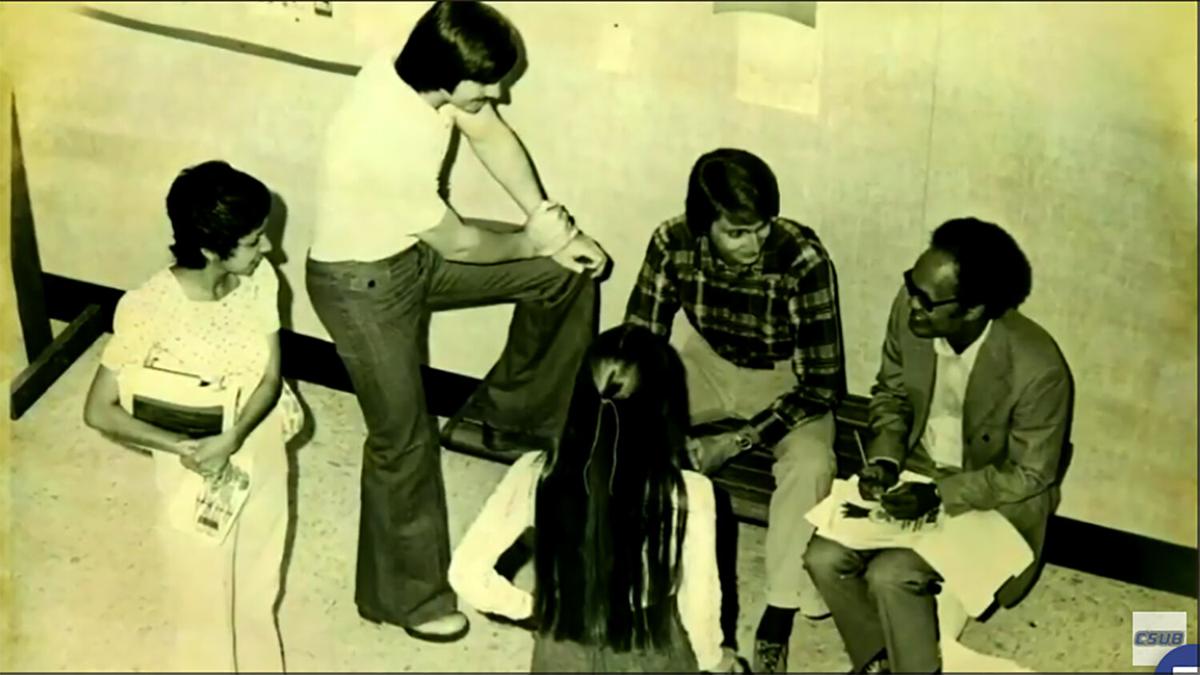 A vintage photo shared from the ceremony.

A vintage photo shared from the ceremony.

CSUB kicked off the 50th anniversary of its very first class Thursday with a virtual ceremony and collection of esteemed alumni, local dignitaries and community members.

One man described becoming sworn in as a citizen right at the Doré Theatre. A sorority sister recounted stories about the Divine Nines sorority hosting their talent show in the ’90s. One man reminisced about a philosophy and religion club where he’d debate — and eventually met his wife. A professor recounted how CSUB nursing students in her own program bathed her newborn.

President Lynnette Zelezny recounted the story of the college’s history that began before the Kern County Land Company donated 375 acres of land off of Stockdale Highway. She says it wasn’t built on a focus group, but hope.

“Fifty years later, it is still about hope,” she said. “Hope that any person who wishes to rise through knowledge will have the opportunity and access to do so.”

She quoted Dorothy Donahoe, a state assembly member who advocated for what ultimately became the California Master Plan for Higher Education and died a decade before CSUB opened: “Don’t ever dare to take your college as a matter of course, because like freedom and democracy, many people that you’ll never know have broken their hearts to give it to you.”

The centerpiece of the event was a roving conversation between Congressman Kevin McCarthy, who earned his bachelor’s degree and MBA from CSUB, and Sir Richard Branson, entrepreneur and founder of the Virgin Group. They had a roving conversation about Branson’s career that took him from his days protesting the Vietnam War to the Mojave Desert where he hoped to one day launch into space. McCarthy asked Branson to offer career advice.

“If you’re going to devote your life to being an entrepreneur, make sure it can be something you can be proud of,” Branson said.

McCarthy asked Branson for his predictions about what the world would look like in the next 50 years. Branson discussed the world moving to meat substitutes and clean energy and said that he hoped the “absurd” death penalty was abolished.

“I’m not sure you agree with all my answers but you receive them with a smile,” Branson said.

“For an institution of learning, we should foster that more,” McCarthy responded.