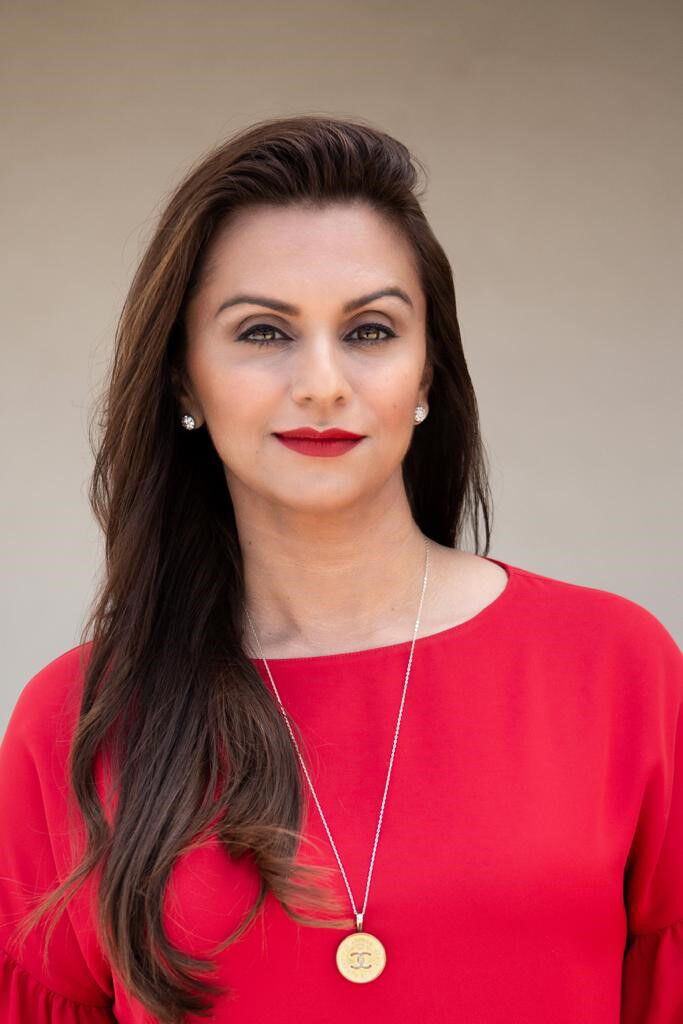 Businesswoman and philanthropist Raji Brar will be inducted into the 2021 CSUB Alumni Hall of Fame. 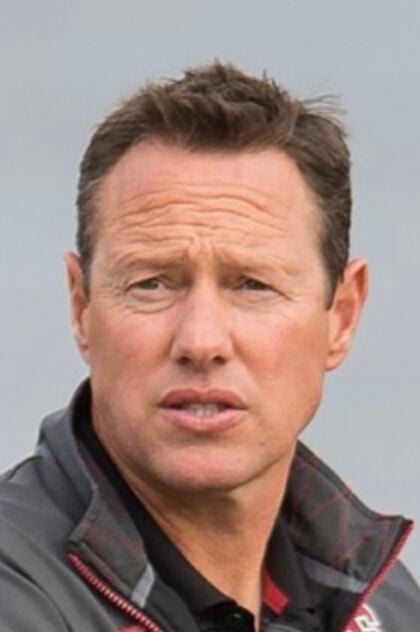 Jeremy Gunn, one of the NCAA's all-time great soccer coaches, will be inducted into the 2021 CSUB Alumni Hall of Fame. 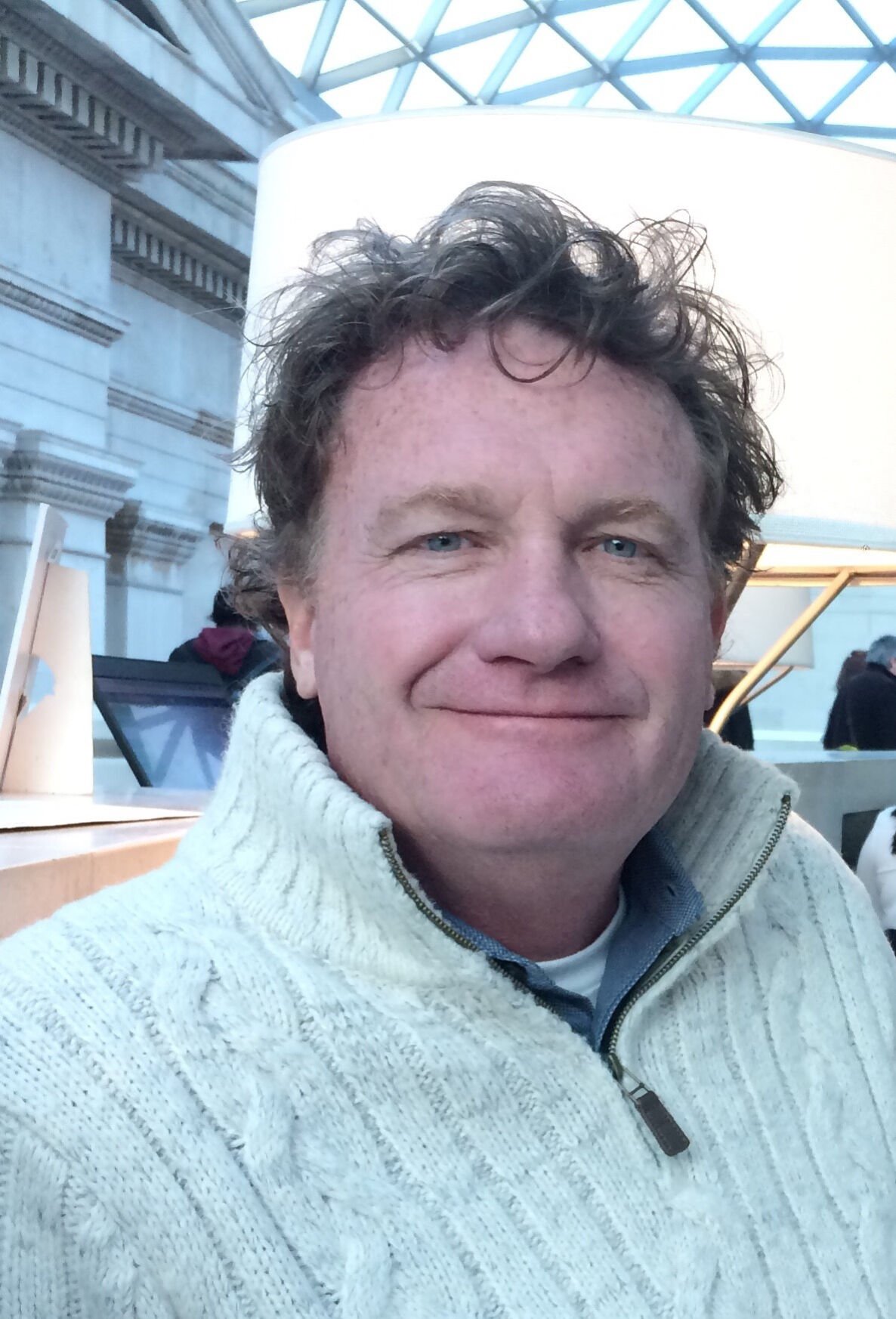 Nonprofit entrepreneur Clark Jensen is one of the inductees of the 2021 CSUB Alumni Hall of Fame class. 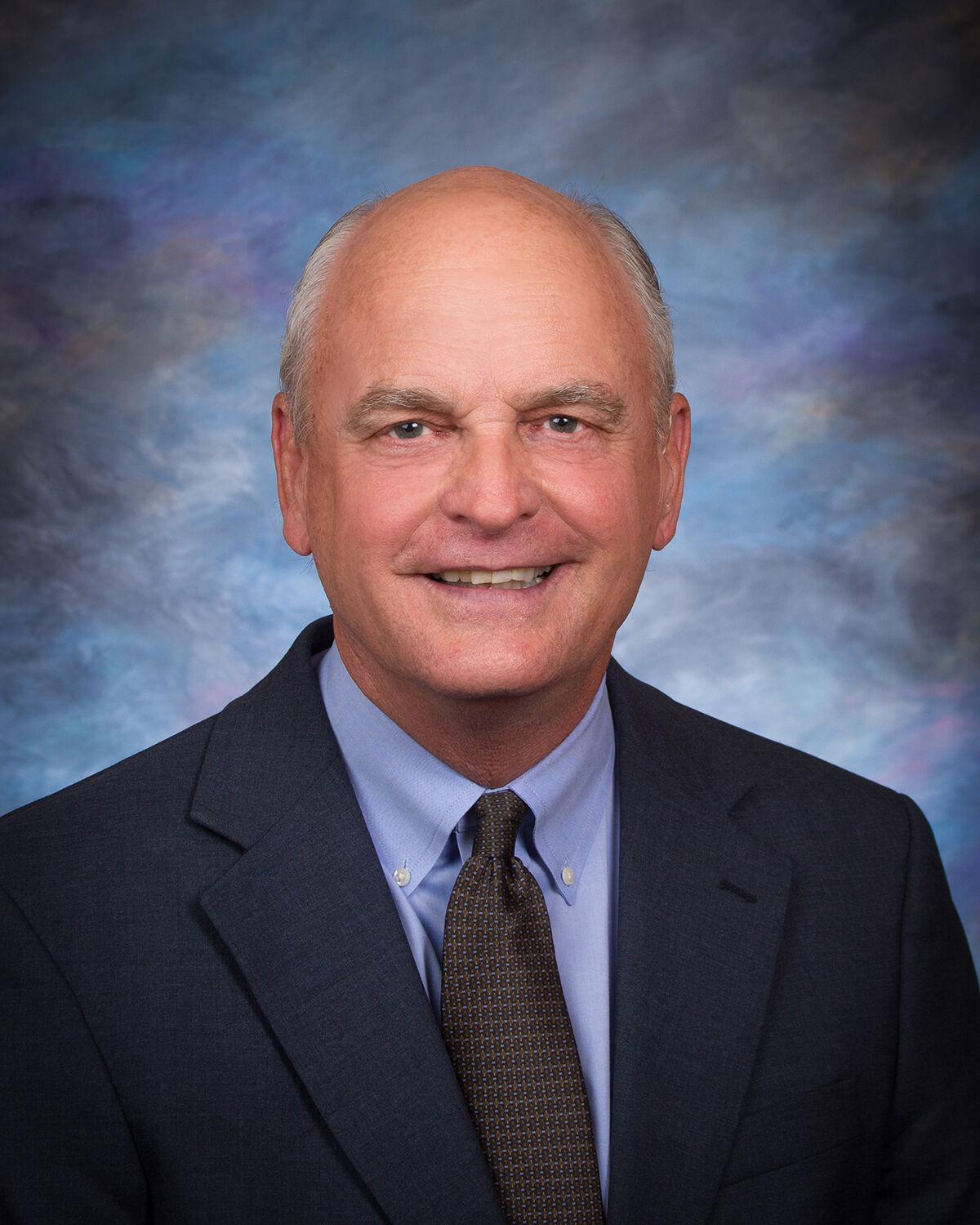 John Means, the vice chancellor of educational services for the Kern Community College District, is one of the inductees of the 2021 CSUB Alumni Hall of Fame class. 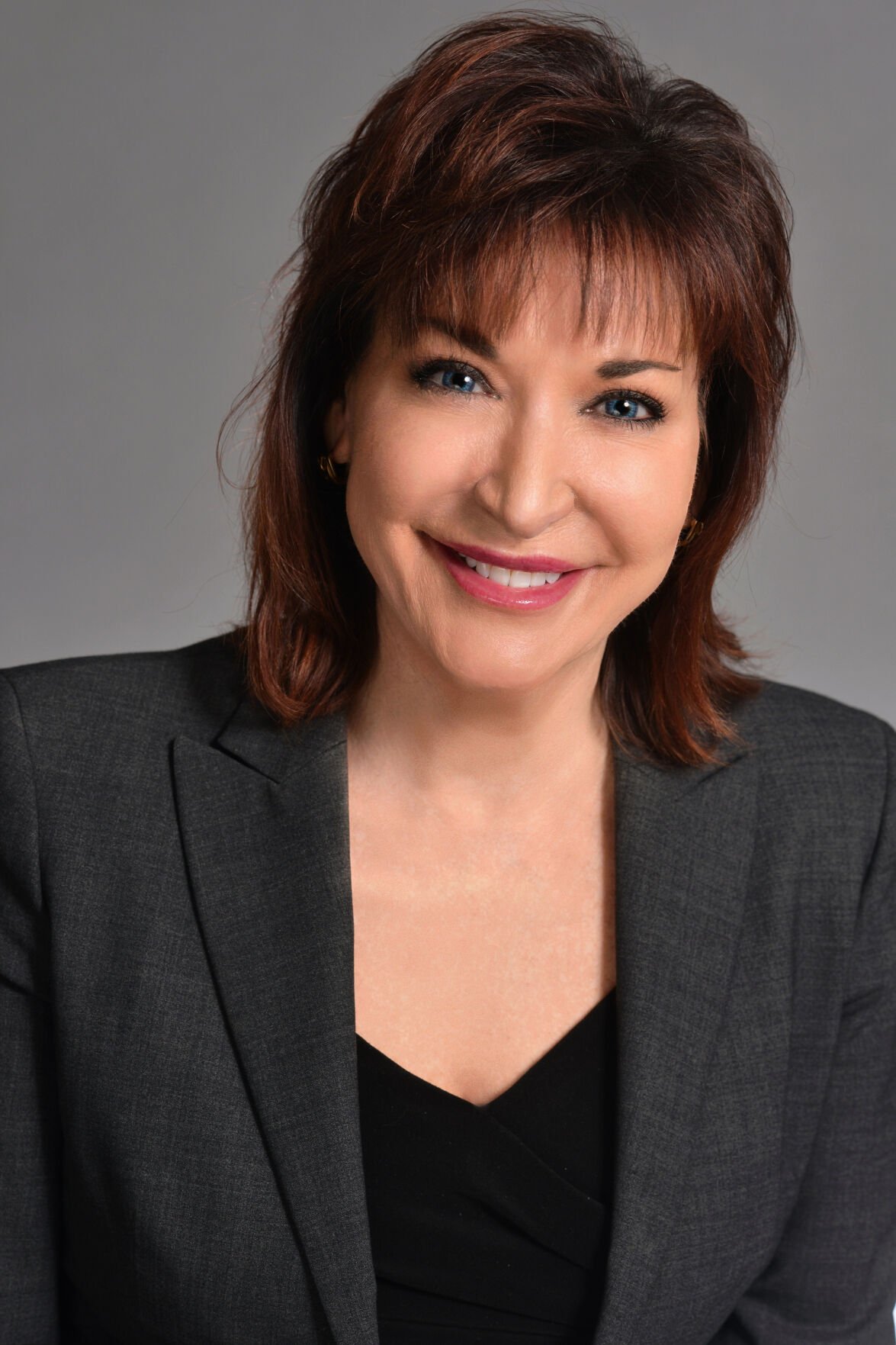 Businesswoman and philanthropist Raji Brar will be inducted into the 2021 CSUB Alumni Hall of Fame.

Jeremy Gunn, one of the NCAA's all-time great soccer coaches, will be inducted into the 2021 CSUB Alumni Hall of Fame.

Nonprofit entrepreneur Clark Jensen is one of the inductees of the 2021 CSUB Alumni Hall of Fame class.

John Means, the vice chancellor of educational services for the Kern Community College District, is one of the inductees of the 2021 CSUB Alumni Hall of Fame class.

The CSUB Alumni Association will induct five of its standout graduates, leaders in education, business, sports and philanthropy, into its Alumni Hall of Fame in February, during the university’s 50th anniversary year.

The five will be inducted into the Alumni Hall of Fame at a virtual event that kicks off Homecoming Week. The ceremony will not only honor and celebrate the best of CSUB’s more than 56,000 alumni but also raise money for alumni programs.

Mary Barlow has devoted her career to making sure schools are a place where kids can reach their full potential, the way they were for her growing up in a loving, but unstable home that found her moving in and out of poverty.

Barlow, 58, is superintendent of the Kern County Superintendent of Schools office, where her focus has been boosting student achievement, ensuring education equity and access, and implementing technology that helps children learn. Most recently she’s been working with Kern’s 47 school districts to develop the training and tools teachers need to implement distance learning because of COVID-19.

Barlow got started in education teaching in Weldon and Kernville in the 1990s. At the Kernville Union School District, she founded the Kern River Valley Collaborative, a network of agencies, schools, nonprofits and businesses that provides social services to kids and families.

Barlow served as superintendent of the Kernville district from 2002 to 2009 before joining KCSOS in a variety of top administrative roles. She became superintendent in 2017.

Barlow created the Kern Education Pledge, a collaboration among school districts, CSUB and the Kern Community College District to steer kids from cradle to career, and the Valley to Coast Collaborative, a regional effort to serve special ed children. She was instrumental to the growth of the Kern County Network for Children and the success of the Dream Center, which serves foster youth.

Barlow has served on numerous community boards including the CSUB Kegley Institute of Ethics and President’s Advisory Council.

Raji Brar is a self-made businesswoman, groundbreaking political leader, and committed advocate for her community, including CSUB.

Brar, 45, is chief operating officer of Countryside Market & Restaurants, a company she operates with her family and that employs more than 450 people in Kern County.

She is also the first Sikh woman elected to a city council in California, a member of the CSUB Foundation Board and co-founder of the Sikh Women’s Association, which awards scholarships, organizes health screenings and operates a hotline for members of the Sikh community.

Brar is a San Joaquin Valley native whose parents came here in the 1970s to escape tumult in northern India. The hard work her parents put into providing a good life for their family, starting with farm work and now running a chain of markets, gas stations, restaurants and more, inspired her to help other Sikh families do the same.

Her long list of accomplishments includes serving on the Arvin City Council and the boards of the Kern County Fair, San Joaquin Valley Air Pollution Control District, Kern Health Systems, Kern Medical and the Central Valley Regional Water Quality Control Board. The Sikh Women’s Association has awarded $150,000 to students of all backgrounds. And on the CSUB Foundation board, she advises the fundraising arm of her alma mater.

Jeremy Gunn is one of the NCAA’s all-time great soccer coaches, among only a few with titles at both the Division I and II levels and just the second to win three consecutive men’s championships.

Gunn, 49, is head men’s soccer coach at Stanford University with a career record of 297-93-59 in 21 seasons, which by percentage makes him the fifth winningest active coach in Division I. He cemented Stanford’s dynasty status in 2017 when the Cardinal beat Indiana to become only the second school to secure three titles in a row.

The English native played soccer at CSUB from 1989 to 1992, becoming a top California Collegiate Athletic Association goal scorer. He was named to the All-CCAA First Team in 1990, 1991 and 1992, and an NCAA Division II All American in 1992.

Gunn served as an assistant coach for CSUB’s men’s and women’s soccer programs, helping lead what was the university’s most successful NCAA years. He went on to become head coach at Fort Lewis College in Colorado, where his team won the 2005 Division II Championship.

At the University of North Carolina at Charlotte, Gunn led his men’s squad to the school’s first Division I championship game, and in 2011 he received his second National Coach of the Year honors. He continues to mentor CSUB players and coaches.

Clark Jensen is the founder of charitable enterprises that rescue children from trafficking, care for survivors of modern slavery, and implement transformative community development programs.

His passion is to relieve suffering caused by poverty, marginalization and exploitation around the world.

Jensen, 55, founded Global Family Care Network, an organization working in nine countries that protects children and preserves families through prevention, intervention, therapeutic counseling, and alternative aftercare and reintegration. He is director of St. James Research Centre in Scotland, which he founded to research and train practitioners in evidence-based social interventions.

He also founded initiatives such as Hope Alliance India to provide disaster relief after the Indian Ocean tsunami in 2004; Direct Good, an online crowd-funding platform that connects donors to initiatives in the developing world; Purnaa, a manufacturing business that employs survivors of exploitation in Nepal; and the Daughter Project/Bhitri Sundarta girls’ empowerment clubs and curriculum.

Jensen started out as a physical education teacher at Stockdale Christian School in Bakersfield and joined the pastoral team at First Assembly of God Church. His first efforts working with at-risk children was starting Kids Clubs in partnership with Teen Challenge in Bakersfield during the early 1990s.

John Means is a son of Taft who went on to become an environmental justice advocate, leader in elected and party politics, and innovator of programs that expand educational opportunities for disadvantaged students.

Means, 73, is vice chancellor of educational services for the Kern Community College District, overseeing a wide range of programs to help its more than 30,000 pupils succeed.

Means got his start in community service alongside Cesar Chavez and Dolores Huerta organizing support groups for farmworkers, then took on local environmental battles against toxic waste, suspected cancer clusters and polluted drinking water. On the Bakersfield City Council he secured funds for the bike path, and in the Democratic Party made politics more inclusive.

Means spent his early educational career helping Kern High School District students grapple with emotional and behavioral problems and teaching part time at Bakersfield College and CSUB. In 1978 he began teaching full time at BC, where he also developed the Central Valley’s first center to mainstream infants and kids with disabilities.