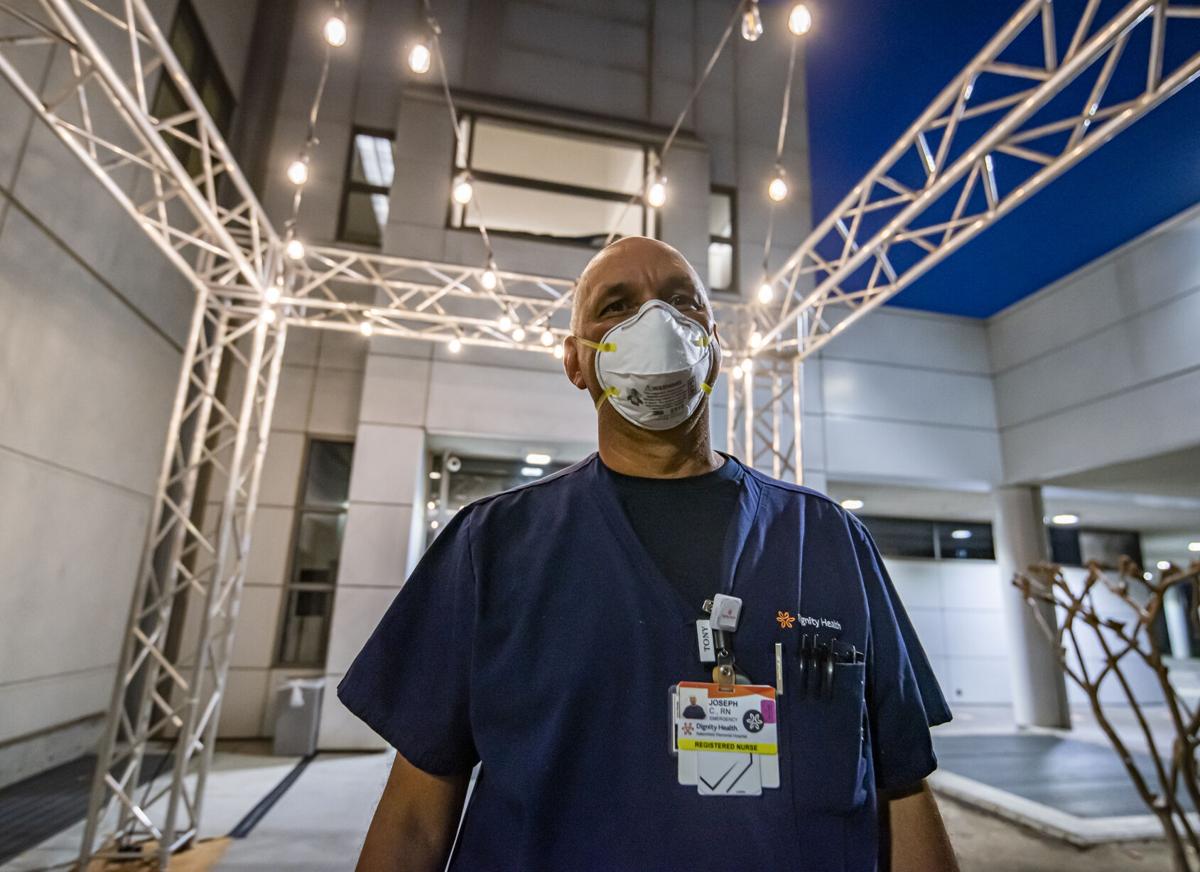 Joseph Clark, an emergency room nurse at Bakersfield Memorial Hospital, during the unveiling of Operation White Lights in early January, which honored those who work in Kern County hospitals and health-related fields during the COVID-19 pandemic. 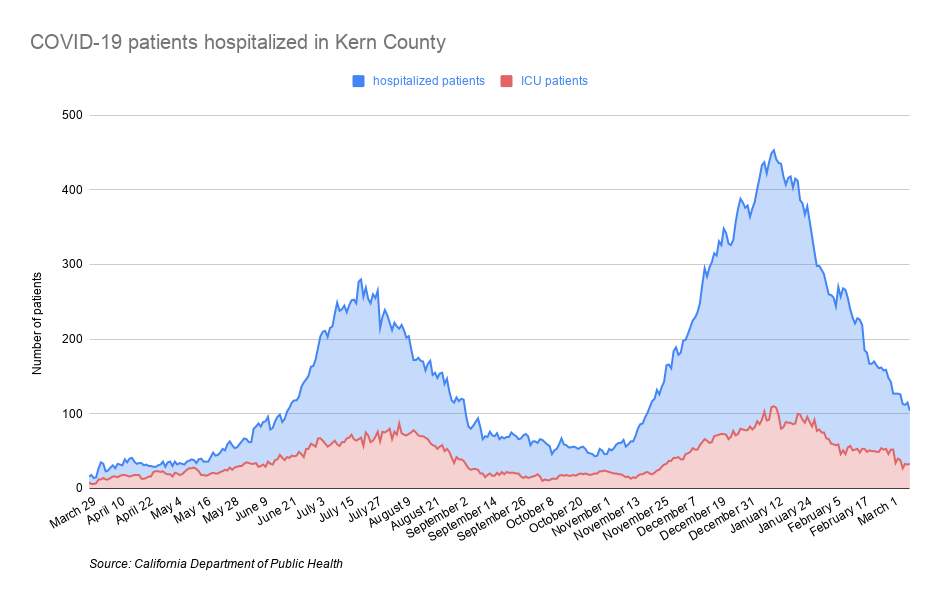 Joseph Clark, an emergency room nurse at Bakersfield Memorial Hospital, during the unveiling of Operation White Lights in early January, which honored those who work in Kern County hospitals and health-related fields during the COVID-19 pandemic.

Local hospitals are finally seeing a reprieve, with the number of COVID-19 patients falling to the lowest point in months following a major surge in cases that began just after Halloween.

COVID-19 hospitalizations in Kern's 10 hospitals reached a high point of 453 people on Jan. 11. On Tuesday, the number hospitalized was less than a quarter of that amount, standing at 104.

"It's a good week. And the reason it's a good week is because most of the indicators we've been tracking throughout the pandemic are going in the right direction," said Bakersfield Memorial President and CEO Ken Keller, who noted it was one year ago that local hospitals began to see their first COVID-19 patients.

Dignity Health's three local hospitals have the bulk of those currently hospitalized patients, with about 60 COVID-19 cases between Mercy Downtown, Mercy Southwest and Bakersfield Memorial.

"We’re doing pretty well and enjoying the reduction of volume we were seeing," said Bruce Peters, president and CEO of Mercy Hospital Downtown and Southwest. "Staff is getting a break, recouping a little bit, and people are taking time off and getting ready for what's next."

Highlighting the grim ordeal that some families still face, however, Peters said one patient who was admitted to one of the Mercy ICUs more than two months ago, on Dec. 25, still remained in the hospital.

Adventist Health Bakersfield's Chief Medical Officer Ronald Reynoso said the downtown hospital has about 20 coronavirus patients compared to a high of about 150 two months ago. During the height of the surge, Adventist's hospitals in Delano and Tehachapi were also several impacted, he said.

During that time, the situation became so bad that hospitals were scrambling to care for a massive influx of patients. Nurses, respiratory therapists and other staff were in high demand, and many worked overtime to help care for everyone. Hospitals also brought in traveling nurses and the county designated millions in funds to pay for a special contract for additional ICU nurses. Still, the situation become so dire medical teams from the National Guard were sent in at one point to help some hospitals. Several hospitals came perilously close to having to implement plans for how to allocate medical care if not enough resources were provided.

"There's increased burnout and compassion fatigue and some things we've really never seen with so many deaths occurring in hospitals in record numbers," Church said. "So it's kind of uncharted territory."

Church said hospitals are trying to provide wellness care to staff to deal with the stress and emotional fallout.

One of the only facilities in the county that didn't appear to be overburdened was the Kern Valley Hospital District in Lake Isabella. It never reached a point where it had to enter surge status, said CEO Tim McGlew. He said cases in the Kern River Valley never reached a level that resulted in a large influx of patients.

"We did have quite a few (cases) up here, but they didn’t hit all at one time. They were scattered around," he said. Even when people did show up in the emergency department who were COVID-19-positive, McGlew said, most "were of a nature they could be discharged home."