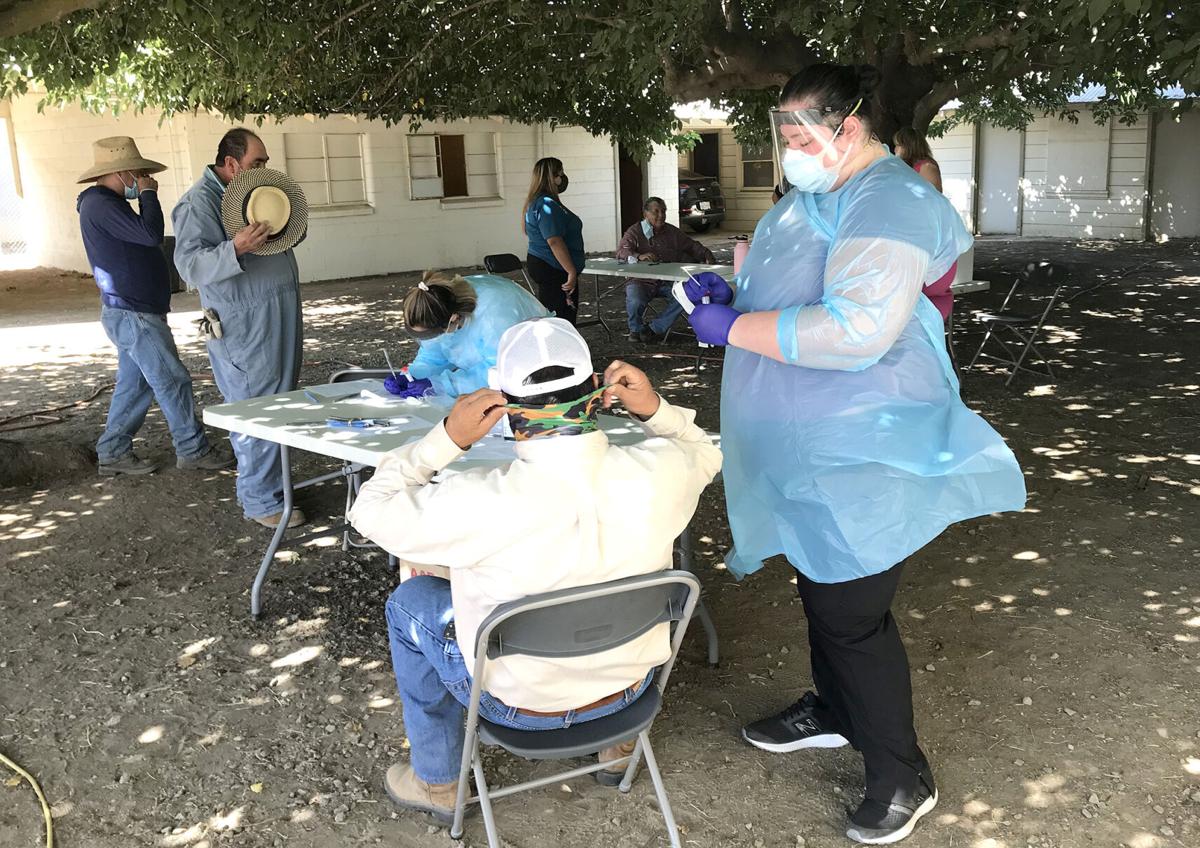 COVID-19 testing was conducted in August at farmworker job sites. The effort was organized by Kern County Supervisor David Couch, along with the California Farmworker Foundation and Good Samaritan Hospital. 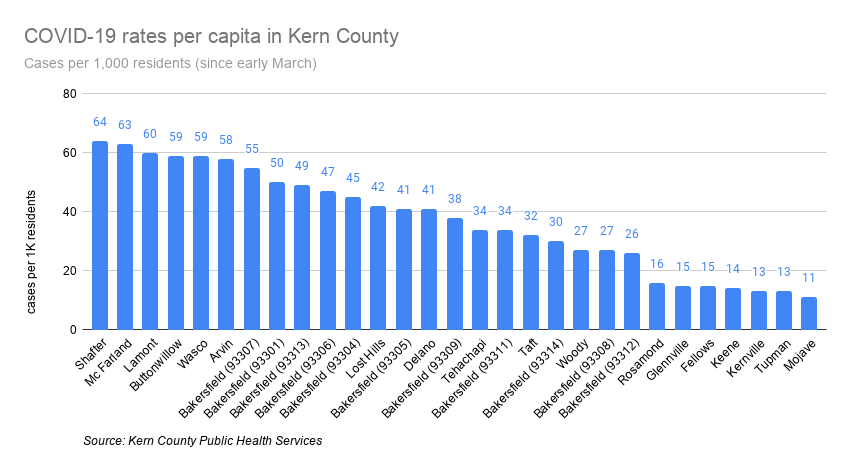 COVID-19 testing was conducted in August at farmworker job sites. The effort was organized by Kern County Supervisor David Couch, along with the California Farmworker Foundation and Good Samaritan Hospital.

Kern County's most vulnerable and disadvantaged communities have borne the brunt of the local COVID-19 crisis.

According to an analysis of coronavirus cases by ZIP code, The Californian found that areas such as Arvin, Lamont and east Bakersfield, and the northwestern swath of the county that includes Wasco, Shafter and McFarland, have seen the highest concentrations of the virus in Kern.

Olga Meave, chief medical director for Clinica Sierra Vista, a medical provider catering to the poor and un- or underinsured, believes the situation comes down to two main factors.

"It’s because of work and income," said Meave, who noted that her organization has consistently seen the highest test positive rates for coronavirus at its clinics in Arvin and Lamont. Close to half of the tests performed by Clinica Sierra Vista in that area came back positive during the height of the crisis, Meave said.

These are areas where high numbers of farmworkers and essential workers live, and they perform jobs that can't be done from home. Residents tend to live in multigenerational homes with many people, and they often travel to work with others. And their jobs tend to provide no sick pay, meaning many are reluctant to take time off, or even get tested for a virus that requires an individual to quarantine for 10 or more days.

"If they don’t go to work, they don’t make an income that day. And that’s pretty scary for them," said Meave, a Mexican-born doctor who has worked in Kern for about five years.

The communities of Arvin, Wasco and Buttonwillow also have high concentrations of COVID-19, with 50 or more cases per 1,000 residents.

In nearly all of the most impacted communities, Latinos comprise the majority of the population, many residents are poor and few have a college degree.

But not all disadvantaged areas of the county have high rates of COVID-19. For example, Mojave, Rosamond and an area that includes Lake Isabella and Bodfish in the Kern River Valley have census tracts considered to be among the most disadvantaged in Kern but have lower per capita rates of COVID-19. However, they are neither agricultural communities nor do they have a Latino majority.

Under the state's health equity measure, a component of its reopening plan, counties throughout the state will have to pay special attention to their most vulnerable areas — areas where there is more poverty and pollution is high, housing insecurity persists, and there are high levels of residents without health insurance. While 24 percent of Californians live in these most disadvantaged communities, these areas account for 40 percent of COVID-19 cases, according to the California Department of Public Health.

To Jay Tamsi, it’s not a coincidence that Kern County’s coronavirus metrics have dropped at the same time that the Latino COVID-19 Task Force …