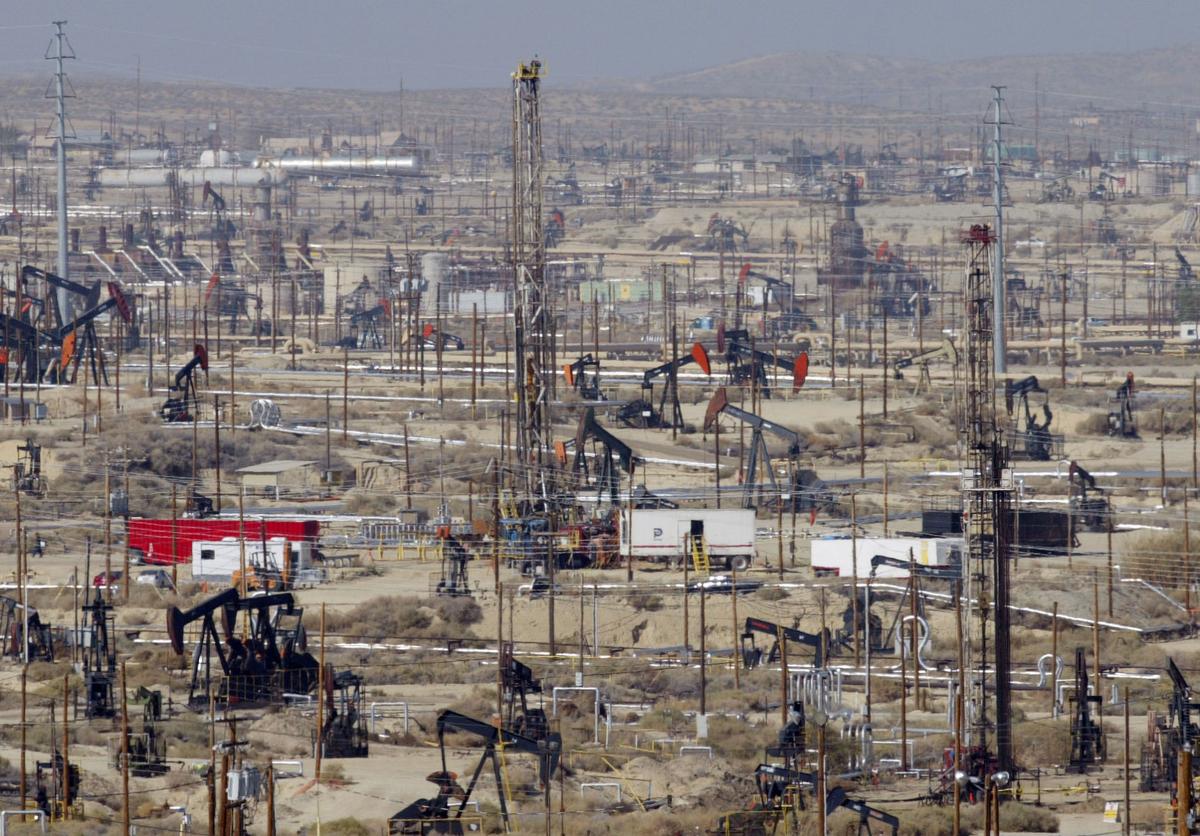 The Midway-Sunset Oil Field near Taft. 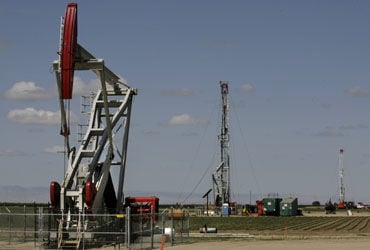 This file photo shows a pumping unit and oil rigs south of Kimberlina Road and west of Shafter Avenue. 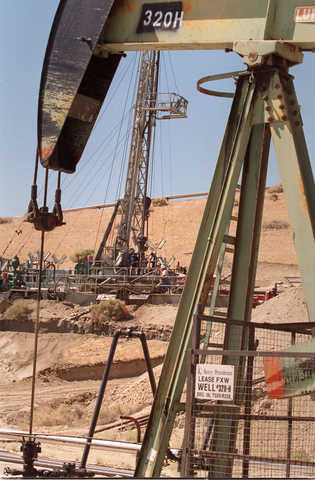 An established oil rig pumping unit works in the foreground while a new one is erected behind it in this file photo. 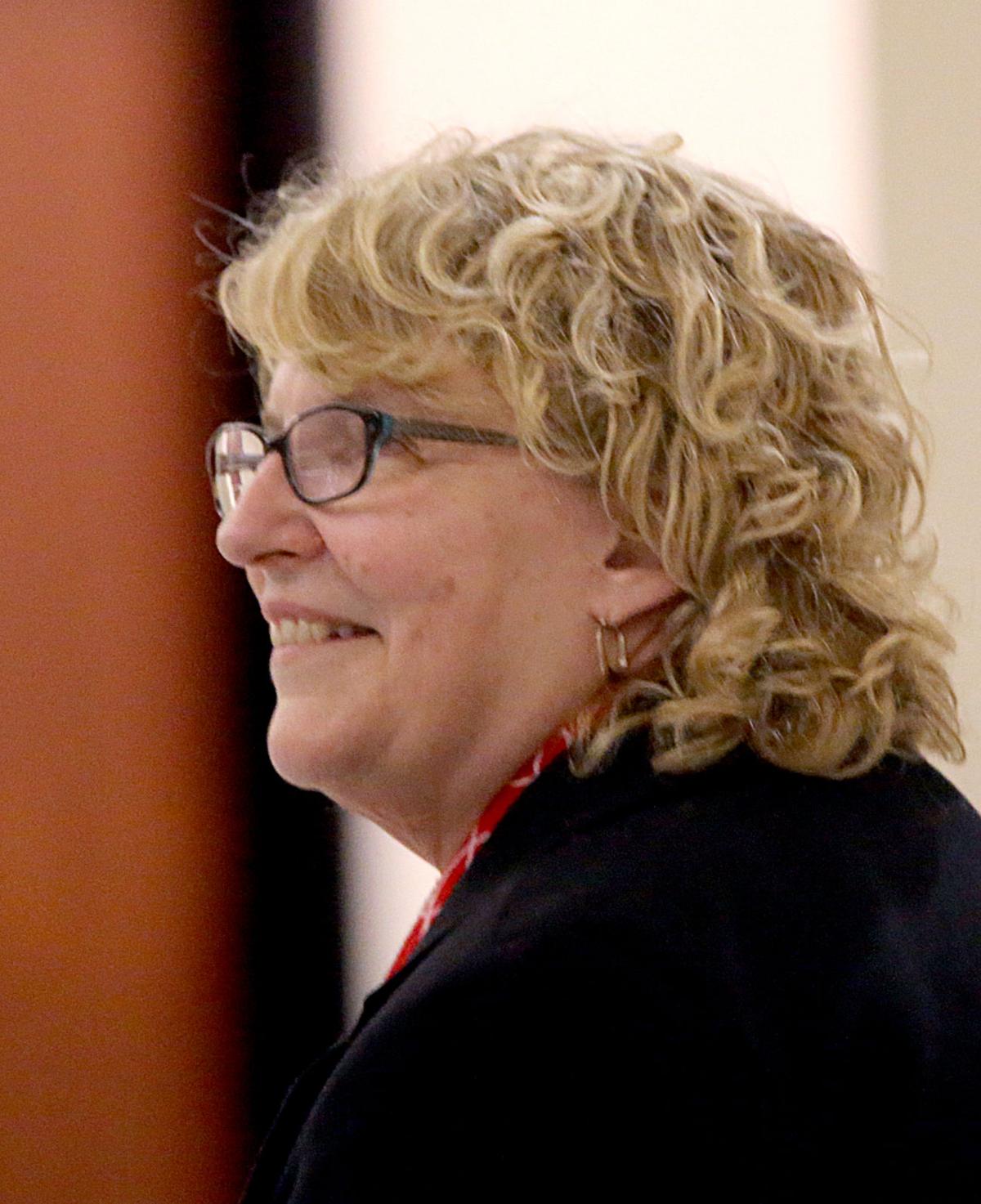 The Midway-Sunset Oil Field near Taft.

This file photo shows a pumping unit and oil rigs south of Kimberlina Road and west of Shafter Avenue.

An established oil rig pumping unit works in the foreground while a new one is erected behind it in this file photo.

Instead of backing down, Kern County government plans to take another run at the oil-and-gas environmental review struck down on appeal Tuesday in a major setback for local petroleum production.

Lorelei Oviatt, who as the county's top planner oversaw the massive, industry-funded review approved in 2015, said her staff will soon begin a new, year-long environmental review limited in scope to the specific areas with which the Fifth District Court of Appeals found fault.

She acknowledged that the county will soon have to rescind the streamlined oil-permitting ordinance that had been supported by the now-tarnished environmental assessment.

After that, local oil projects will no longer require a county permit, which will put state regulators back in the uncomfortable position of taking the lead on environmental reviews of in-county oil projects.

But Oviatt asserted that the new review will likely lead to amended rules that will be discussed with various community stakeholders, brought before the county Planning Commission and then probably go to Kern's Board of Supervisors for final approval.

"We're going to fix it," she said of the environmental review. "We'll make it better."

Oviatt declined to say whether the county plans to appeal the ruling to the California Supreme Court.

Attorneys for environmental groups that joined a Shafter almond grower in suing to invalidate the review said the county should abandon its efforts to complete a blanket environmental review for all oil activity in the county.

Rather, they said every drilling project in the county should be assessed individually for its environmental impacts.

"I think the underlying premise that you can do a single environmental review for all oil and gas … is a futile effort,” said Hollin Kretzmann, an attorney for one of the plaintiffs, the Arizona-based Center for Biological Diversity.

Colin O’Brien, an attorney at San Francisco-based Earthjustice, which represented plaintiff Sierra Club in the case, rejected Oviatt's assertion that the county ordinance's defeat will remove various mitigations now required to lessen the environmental impacts of local oil production. He said there's nothing stopping the state from putting in place similar mitigation measures.

Oviatt noted the county did not lose on every point in the court case. The county's upcoming review will focus mostly on noise impacts, alternatives to the conservation easements that had been used as mitigation measures and the need to clean up the "produced water" that comes up from the ground along with oil.

Additionally, the county will need to recirculate scientific studies showing oil production's health impacts on nearby communities, she said.

But a major point on which the county prevailed, she noted, was the idea that the county can put in place a ministerial process for issuing drilling permits.

"That was a big win," she said. "It was groundbreaking."

The state department responsible for regulating oil production in the state, the Department of Conservation, noted Wednesday that this week's court ruling did not affect existing oil permits and left the county's permitting system in place for 30 days.

"During that time, the DOC will determine appropriate next steps to ensure that any (state) approvals include appropriate CEQA compliance," it said, referring to the California Environmental Quality Act.

The department strongly supported the county ordinance before its adoption in 2015, largely because the state had come under legal attack — and still is — over its own environmental assessments. The county rules had taken pressure off the state by making Kern the primary agency over such reviews.

While some oil companies and a industry trade group declined to comment on the court decision, saying they were still going over the 150-page ruling, CEO Rock Zierman of the California Independent Petroleum Association called the ruling "a major step backward for environmental protection, energy security and the well-being of Kern County."

"The massive mitigation measures the industry took under the ordinance change will now be put on hold," he said by email. "Nobody wins under that scenario."

A large local oil producer, Santa Clarita-based California Resources Corp., said the company and its workforce look forward to supporting the county as it works to address the court ruling.

"While we’re very concerned about potential impacts to Kern County, CRC maintains a robust drilling permit inventory," it said in an emailed statement.

"In addition, Elk Hills and our other key operations have successfully undergone multiple environmental reviews, which we believe provide additional support for continued issuance of permits," the company stated.

In a major legal defeat for Kern's oil industry, an appeals court on Tuesday struck down the county's landmark zoning ordinance that in 2015 t…