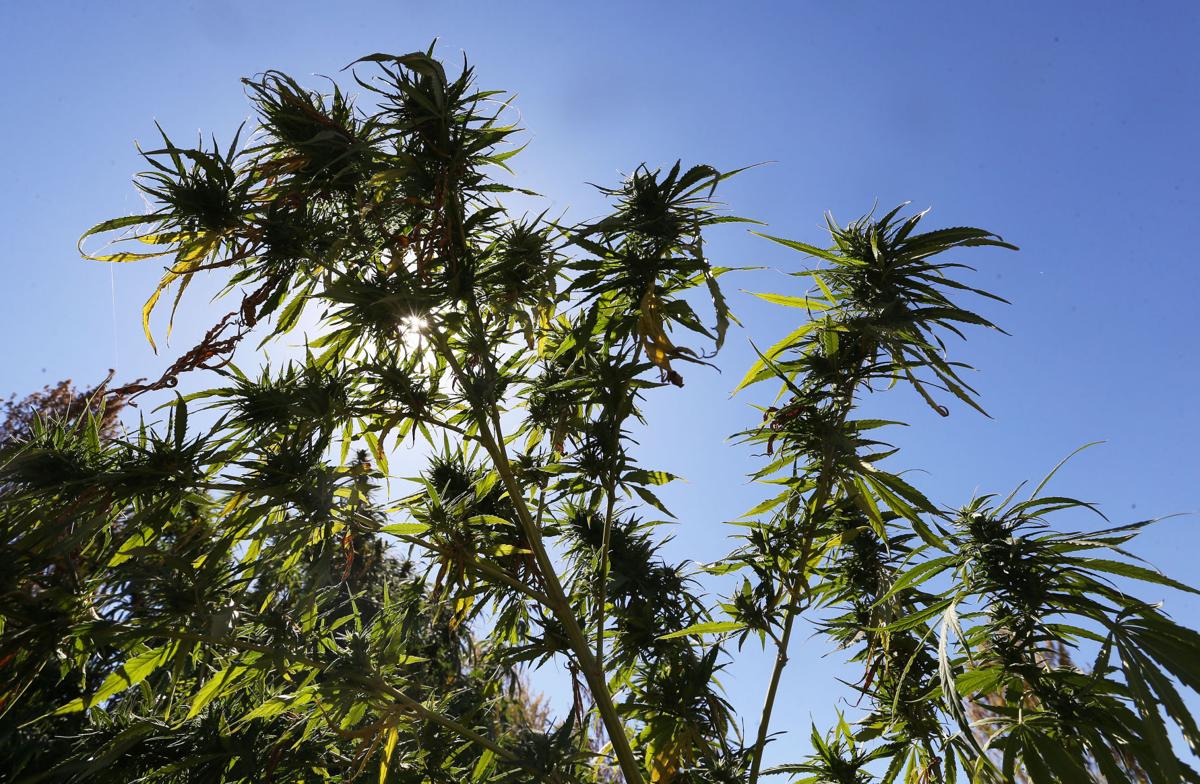 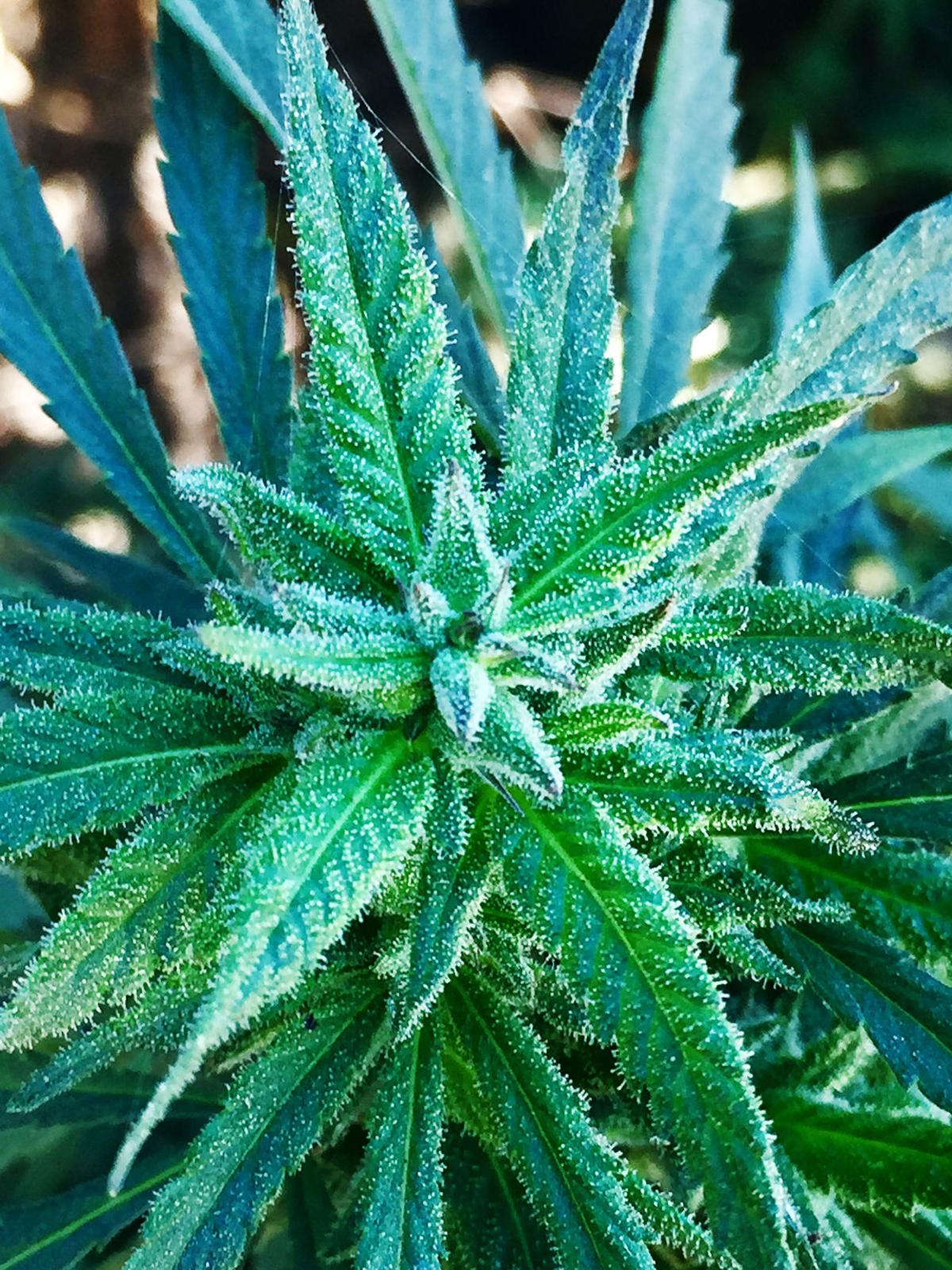 Local farmers recently raised what seemed like a simple question: Anyone growing hemp legally in Kern County ought to be able to sell it on the side of the road just like growers of other crops, right?

The idea was never to get customers high — unlike its twin, marijuana, hemp has very little THC and so isn't psychoactive. But consumers could still buy and smoke the stuff as a tobacco alternative, as they do in other parts of the country.

Besides, what's the difference between puffing it and taking drops of the popular hemp extract known as CBD?

Oh, but the issue isn't that simple by a far sight.

County officials are divided on whether roadside hemp stands should be permitted explicitly for the purpose of smoking. And legal experts say there's no easy answer on whether it's legal in California to sell the plant in that kind of setting.

What does seem clear is that setting up farm-to-table hemp shacks could invite a world of trouble for their operators, even though some in the industry view this kind of commercial activity as nothing more than the continuing normalization of a crop for which Kern County has demonstrated a distinct affinity.

"There's so much stigma and concerns about the THC and whatnot. Get over it," said Bay Area hemp attorney Patrick Goggin, general counsel to the California Hemp Council. "It's all been legalized in the state."

Maybe so, but in the absence of clear federal guidelines, county officials say they will stick to local rules. For now, that means anyone selling so much as a rolled hemp cigarette might get hauled off to jail.

"If they are selling it to smoke, then it is marijuana, not hemp," Kern County Sheriff's Office spokeswoman Angela Monroe said by email, citing direction from the department's narcotics sergeant. "He also says if they are selling buds, again, that's not industrial help. That's marijuana."

The whole thing has put the county ag commissioner in a difficult position.

Glenn Fankhauser said at least two local growers have approached him about their proposal to set up roadside hemp stands for the purpose of selling some of their crop to smokers.

And yes, he said, the farmers in question asked to sell the flower — the bud — not its leaves or stems. That's the part of the plant with the highest concentration of CBD, or cannabidiol, which many claim imparts a sense of peace, among other purported health benefits.

"That is kind of a new niche market that they're working on, is smokable hemp for the CBD benefit," Fankhauser said.

He declined to identify the growers, who did not respond to a request for comment placed with Fankhauser.

By federal law, hemp containing more than 0.3 percent THC is marijuana and must be destroyed.

Recent tests performed by Fankhauser's office on samples of more than 20 local hemp fields have all tested below the federal limit except one, and he said that field tested well below 0.3 percent on appeal. The randomized tests are done on a mashup of the whole plant, not just the bud, which also contains the plant's highest THC levels.

Disagreement over how to proceed with local sales presents an early complication to Kern's fledgling experience as the state's leading producer of hemp. No other county exceeds Kern's more than 6,800 registered acres in production.

The crop's highest value is believed to be for CBD, which sells online for between 5 and 20 cents per milligram. Processing CBD into oil, its most common commercial form, requires a special permit most local hemp growers do not have.

In a county that has all but banned marijuana, county officials have said they like hemp cultivation because the plant cross-pollinates with any illegal marijuana growing nearby, lowering the illicit crop's THC levels.

Smoking hemp may not be popular in California, but it's not uncommon elsewhere.

A clerk at a local CBD shop said he has received requests for smokable hemp. But he and others said it's not available for sale locally.

The president of the advocacy group Vote Hemp, Eric Steenstra, said there is a "significant" amount of smokable hemp sales in other states, and that some consumers see it as an alternative CBD delivery method.

It's a way for some people to kick their tobacco habit, he said, adding the product must be properly marked with its THC level clearly indicated.

Steenstra said he had not heard of growers trying to sell their hemp on the side of the road but that, knowing farmers, he's not surprised.

"These farmers are pretty creative," he said. "They like to go direct to consumers."

While he said he has no plans to market his crop for smoking purposes, there is some suggestion the plant, like all forms of cannabis, might act as a curative, anti-inflammatory agent.

"There's a strong argument for hemp to become a tobacco replacement," he said.

Fankhauser, the ag commissioner, admits he was unsure whether county regulations allow roadside hemp sales for smoking purposes. But it appeared to him as though farmers might have a right to sell their crop on the same property where it's grown.

They do not, asserted Lorelei Oviatt, director of the county Planning and Natural Resources Department.

She said by email that anyone hoping to establish a "temp fruit stand" for hemp sales in the county would first have to come to her office — and no one has done so.

It would be fine for growers to sell bags of dried, cured hemp that has been tested and certified legal, she said. But they can't hawk it along with pipes or rolled into cigarettes, which would constitute processing.

"You can sell tomatoes at a temp fruit stand," she wrote. "You can't sell pasta-making equipment to make lasagna with it."

He called the roadside sales issue part of industry "growing pains" and a sign consumer trends are outpacing regulations. To him, much of the problem could be resolved by technology for testing THC levels on the spot.

Los Angeles hemp attorney Griffen Thorne said that while California has few laws specific to hemp sales, and nothing that specifically permits smoking of hemp, other states have banned direct-to-consumer bulk sales of the plant.

Agreeing that local jurisdictions can set their own rules for now, he said law enforcement agencies will likely come up with "creative ways" to penalize roadside hemp sales.

He said any farmer trying to do so is taking a risk.

"There is just sort of a basket of issues here," he said.

Lawsuit: That really could be weed growing near Arvin

Remember the headline on the cover of The Californian's June 2 edition? Placed beside a picture of what was thought to be harmless industrial …

"There is just sort of a basket of issues here," he said. (that's a 'mouthful')

Besides being illegal (Fed) . . . beyond criminal, it's only a step away from insanity!

Just like with everything else. You have to DRAG Kern County into the 21st Century.

Just like everything else that requires a permit or authorization you have to bribe the planning director and Board of Supervisors first.