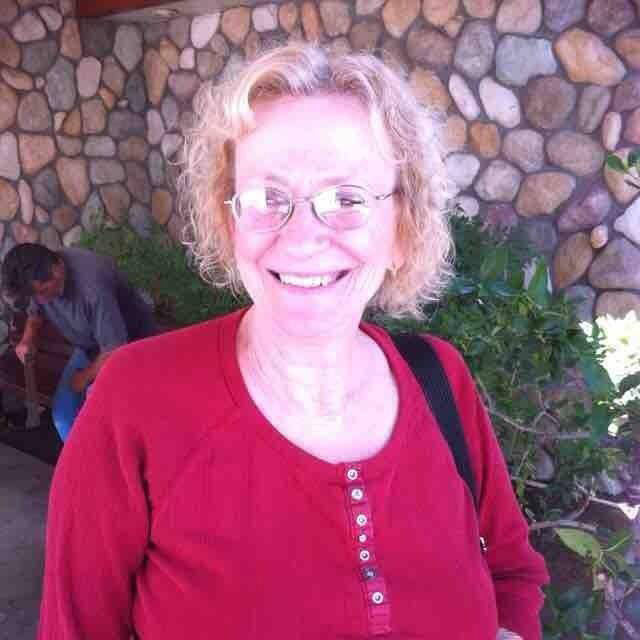 Nancy Garrett in an undated photo. Garrett died in September 2014 after a Kern County Sheriff's deputy, responding to a call, ran a red light at 85 mph and crashed into her vehicle. A lawsuit filed by Garrett's family against the county of Kern has been settled. 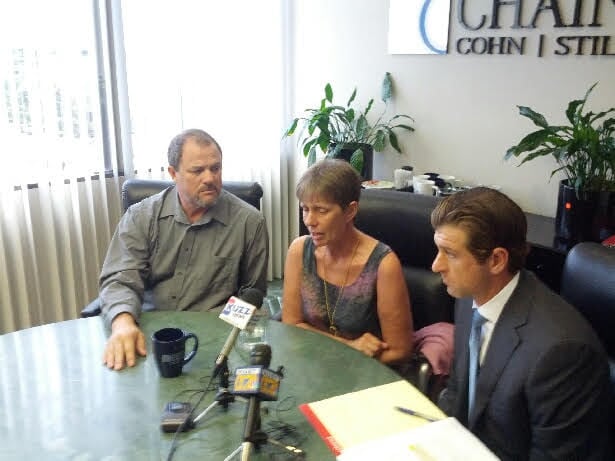 Nancy Garrett in an undated photo. Garrett died in September 2014 after a Kern County Sheriff's deputy, responding to a call, ran a red light at 85 mph and crashed into her vehicle. A lawsuit filed by Garrett's family against the county of Kern has been settled.

A $2.5 million settlement has been reached in the wrongful death case of Oildale resident Nancy Garrett, who died in September 2014 when a patrol car driven by then-Kern County sheriff’s Deputy Nicholas Clerico ran a red light at high speed and crashed into Garrett's vehicle.

The agreement, which was finalized in early spring between the county of Kern and attorneys for Garrett's two grown children, was not made public until late Thursday.

Clark, the lead attorney on the case, said its resolution represents the culmination of nearly a decade of work representing not only the family of Nancy Garrett, but the families of Daniel Hiler, Larry Maharrey and others who have been killed in crashes involving Kern County Sheriff’s Office personnel.

"We are pleased with the outcome especially in light of the fact that the civil rights components of the case were fought at every turn," Clark said. "This case is an example of how the wheels of justice do in fact grind slowly. We appreciate that we had patient clients who believed in the civil rights aspects of the case to see if through to the end."

On that long-ago night, Garrett was returning home from a Los Angeles Dodgers baseball game she attended with family and friends when the crash occurred at North Chester Avenue and West China Grade Loop. The California Highway Patrol found the deputy at fault in the crash, and Clerico would go on to plead no contest to a charge of misdemeanor vehicular manslaughter.

It was the second time in less than three years that a Kern County sheriff’s deputy crashed into and killed innocent bystanders in Oildale while driving in excess of 80 mph toward a call for assistance.

The lawsuit, filed in 2015 on behalf of Garrett’s adult children, Mark McGowan and Deborah Blanco, and against the county of Kern and Clerico, asked for monetary damages as well as changes within the sheriff’s department in how deputies were trained.

“This case is in the public interest,” the lawsuit stated. It also referred to similarities between the case and that of Deputy John Swearengin, who struck and killed two people, Daniel Hiler and Chrystal Jolley, as they walked across Norris Road in 2011.

That case resulted in a combined $8.8 million settlement to the families of the deceased.

The CHP's investigation of Garrett's death found Deputy Clerico, who was 25 at the time of the accident, at fault because he entered a "solid red light" while traveling south on North Chester Avenue at 85 mph. His vehicle's lights and siren were activated, but the speed at which he was driving minimized their effectiveness, the report said.

Garrett was traveling east on China Grade Loop at 43 mph when Clerico's patrol vehicle struck her on the driver's side.

She died from multiple blunt force trauma injuries. Clerico, who was not wearing a seat belt, suffered moderate injuries in the 1:45 a.m. crash.

The deputy was responding to another deputy's call for assistance with an altercation at the Long Branch Saloon in Oildale when the crash occurred.

"A reasonable person would have known that entering an intersection against a red traffic signal, at 85 mph, and without giving adequate warning to approaching traffic would create a danger to human life," the CHP report stated.

The plaintiffs in the lawsuit were represented by Clark. The firm also represented one of the parties in the Swearengin case.

In turning its attention to the county of Kern and the Sheriff’s Office, the lawsuit was highly critical.

The county's policies, the lawsuit charged, "were not adequate to train its deputies to handle the usual and recurring situations with which they must deal, including ... driving at excessive speeds, pre-clearing intersections and responding Code 3.

"Defendant (Kern) county," the lawsuit continued, "was deliberately indifferent to the obvious consequences of its failure to train its deputies adequately."

Deputy County Counsel Kathleen Rivera, who represented the county in the legal dispute, said the main reason for the long delay of a resolution in the case was a severe shortage of judges in the U.S. District Court for the Eastern District of California. It was so backed up, a ruling on a motion could take a year, she said.

The $2.5 million in damages awarded to the plaintiffs, McGowan and Blanc, was divided evenly into two $1.25 million payments.

The agreement between the two sides was made "without admission of fault or responsibility," the settlement stated.

Rivera also noted that assertions by plaintiff's attorneys contained in the original complaint alleging problems with county policy and training of deputies were not addressed in the legal settlement.

However, Clark suggested that this fatal incident and others have helped bring about change.

"Over all else, the family of Nancy Garrett from the outset sought change in the driving practices within the Kern County Sheriff's Office," he said.

The family, Clark said, believes their lawsuit ultimately had a positive impact in the community, evidenced by the fact that in the five years of litigation they aren't aware of any deadly traffic collisions involving sheriff's deputies responding to calls.

In a statement provided by McGowan and Blanco, the brother and sister said they continue to stand behind law officers and deputies as they work together with the community to maximize vehicle safety.

"Despite this litigation," they said in the statement, "we support law enforcement and hope it prevents future crashes and tragedies on the part of our officers and our community members."

I see far more civilians speeding all over Bakersfield than police. In fact, I rarely see any police. Every time I drive anywhere in Bakersfield, people are speeding. But even worse than that, people are street racing in heavy traffic. And their cars make so much noise, with the souped up engines, if there were a policeman anywhere in the vicinity, he or she would have to hear it. But I've rarely seen a street racer, or any driver, going 70-80 MPH on Panorama Drive or California or Stockdale, Union, etc,, stopped by a police officer. What's up with that? Since early March, when sheltering from the coronavirus was recommended by Governor Newsom and health experts, I rarely hear an ambulance siren. Could this be because there's much fewer drivers on the streets, ergo, less car accidents and far less need for an ambulance. Just as the air has improved from little traffic, so, maybe, have serious car accidents.

dang Donny....what's up with this.?....."Clark, the lead attorney on the case, said its resolution represents the culmination of nearly a decade of work representing not only the family of Nancy Garrett, but the families of Daniel Hiler, Larry Maharrey and others who have been killed in crashes involving Kern County Sheriff’s Office personnel."

You sure have a thing for Youngblood. Did he arrest you back in the day and you’re still upset about it?