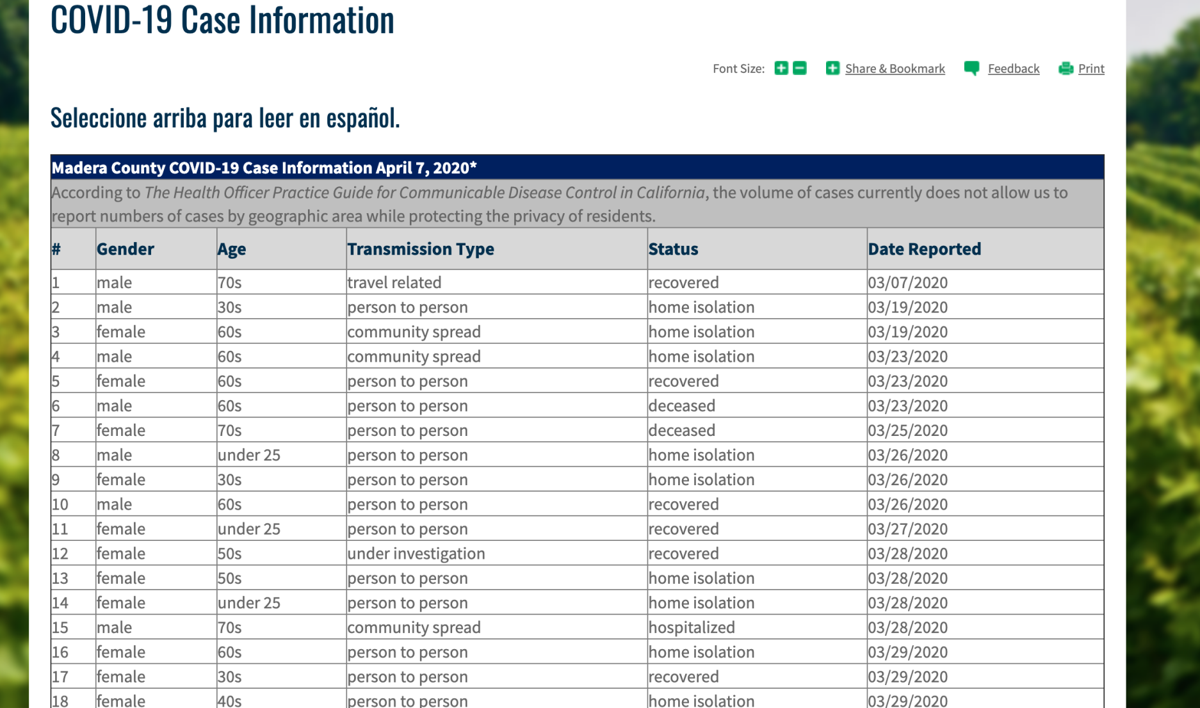 Madera County's public health department provides some of the most detailed information on its COVID-19 cases. 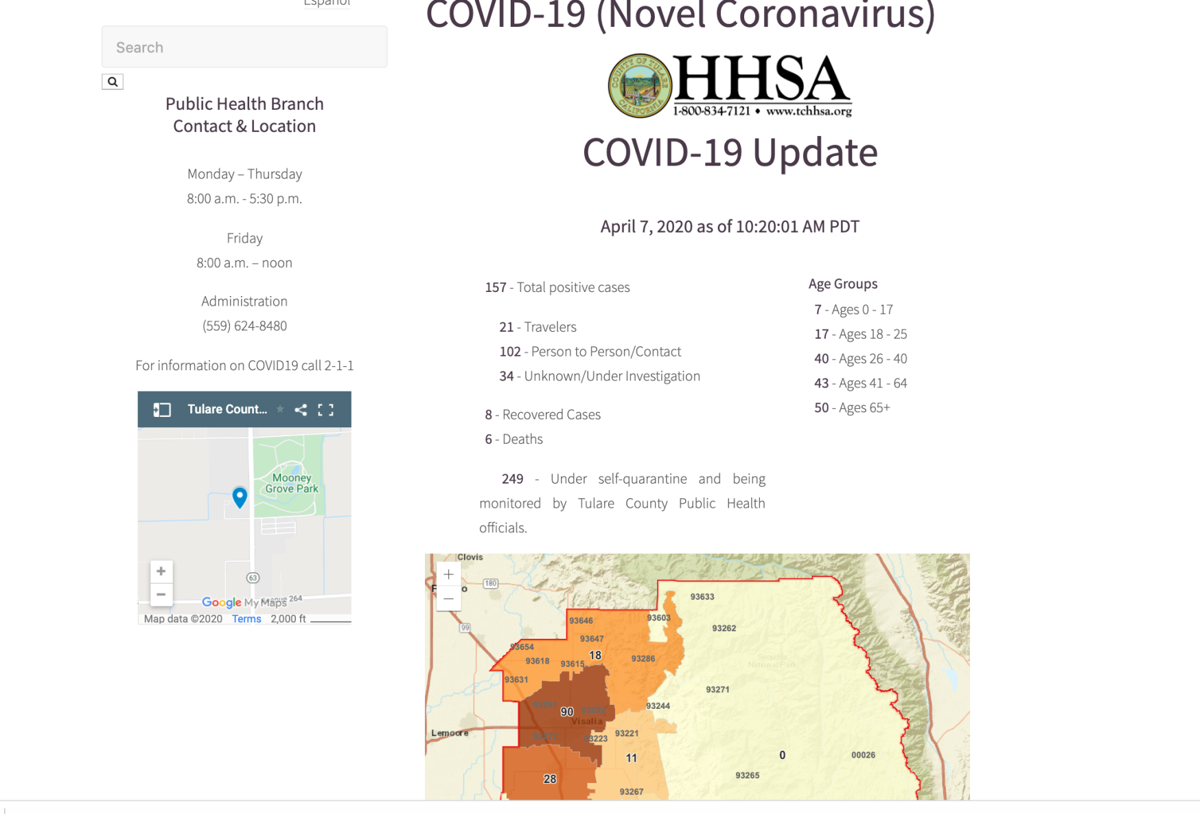 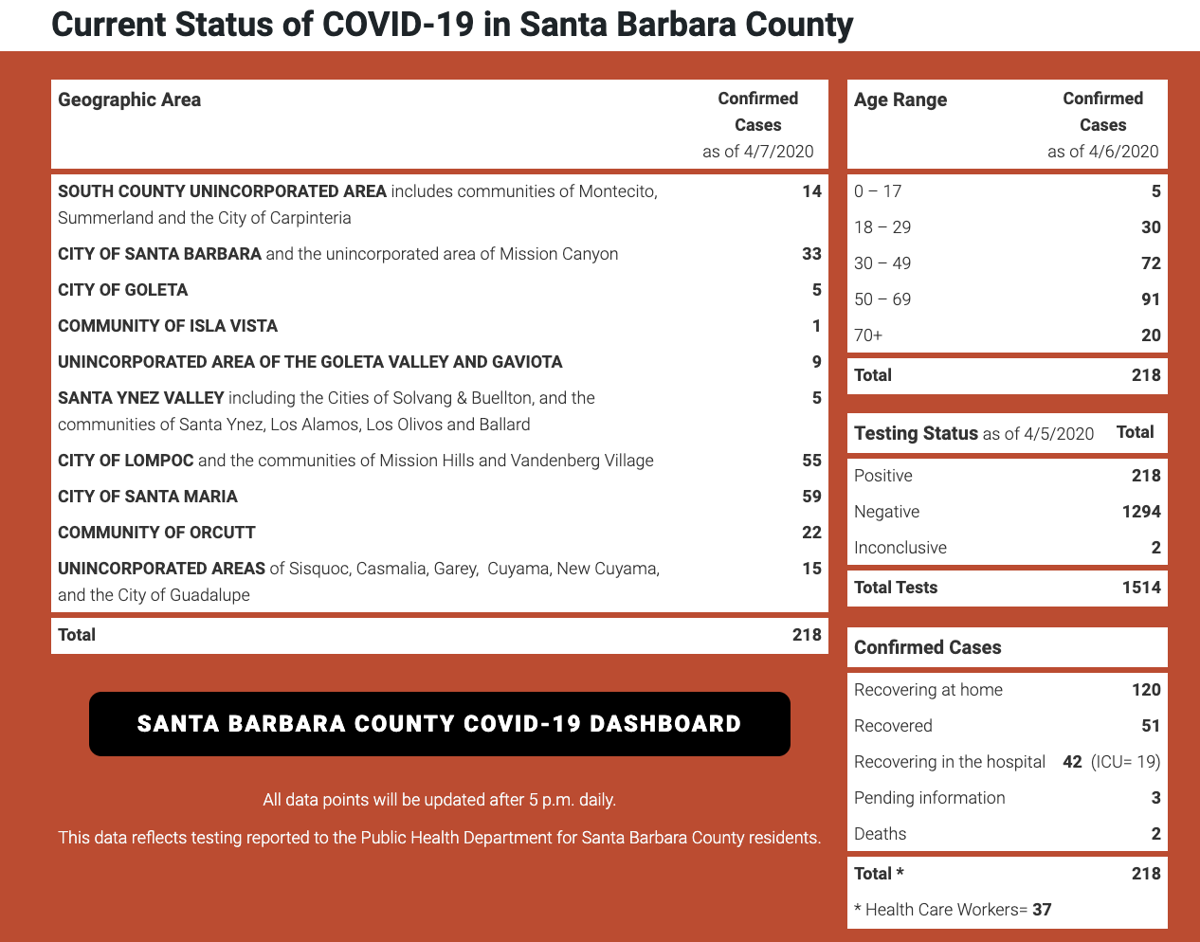 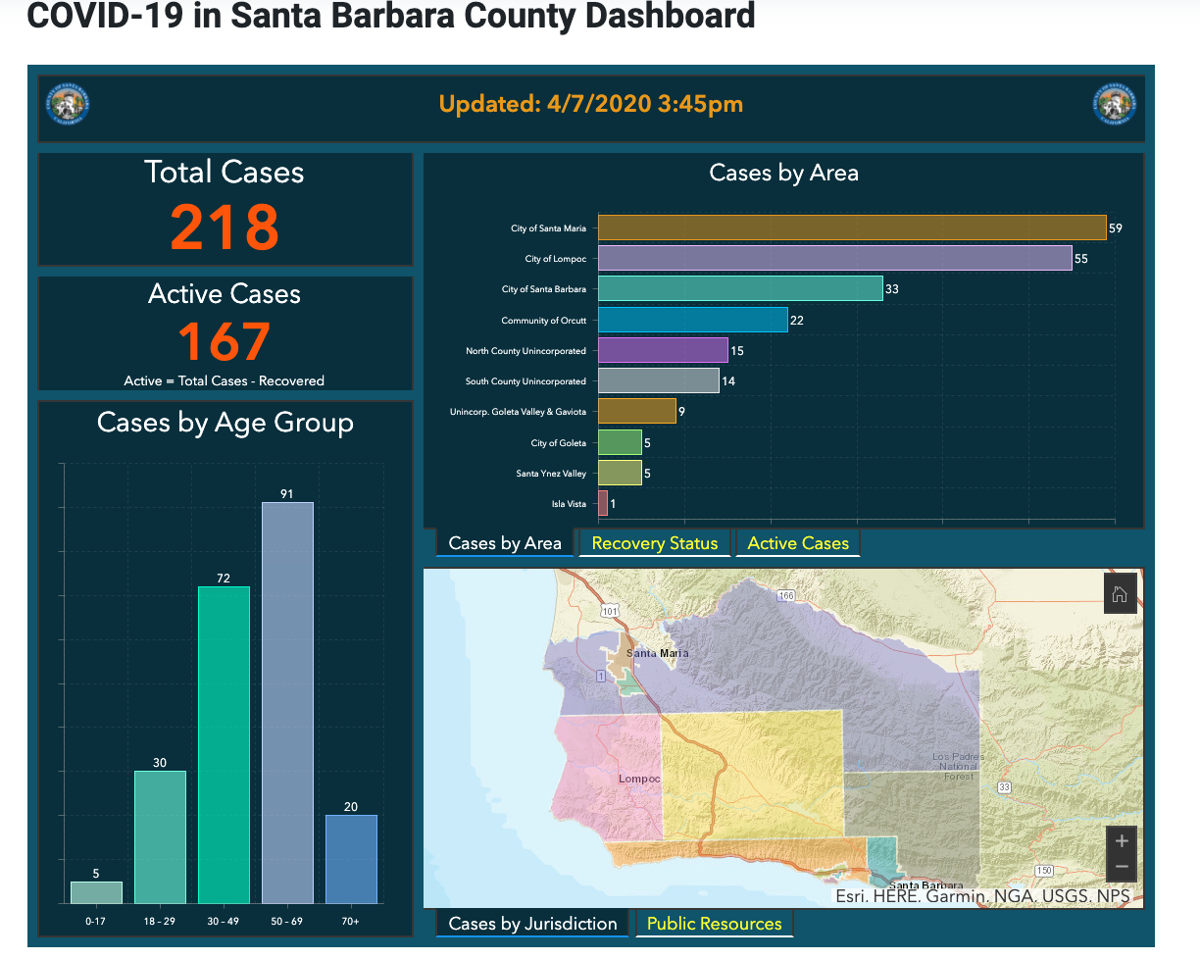 Madera County's public health department provides some of the most detailed information on its COVID-19 cases.

Are Kern County Public Health officials being too stingy with the data they're releasing about local COVID-19 cases?

That question has surfaced in the past couple of weeks as cases have mounted locally but information about those cases remains sparse. For example, the number of cases in cities like Delano, Wasco, Ridgecrest and Tehachapi has not been released, nor has gender data, information that many other counties in the state with similar or far fewer cases have reported.

Matt Constantine, Kern County's director of public health services, has repeatedly said his staff is following state guidelines for releasing data to the public without identifying those affected, a process laid out in a 68-page document by the California Health and Human Services Department.

In a Californian review of a handful of different counties, none were providing similar datasets even though each one is governed by that same document about how to release information without risking identifying an individual.

About the only consistency among the counties is that they’re all releasing data a little differently.

Santa Barbara County, with about half the population of Kern and a similar number of COVID-19 cases, provides some of the most detailed data of the counties reviewed. The county's public health website lists cases by city and unincorporated area of the county, the status of patients, including a daily count of hospitalizations and number of patients in the ICU, and the number of healthcare workers who have tested positive for the virus.

"We have released more information than we would for other communicable disease and that’s just because the community is very interested to know who is impacted in our community," said Jackie Ruiz, Santa Barbara County's public health spokeswoman. "We’re trying to of course follow HIPAA and report in aggregate as much as we can."

On the decision to release data on healthcare workers infected with the virus, which is not being done in any other county in The Californian's review, Ruiz said: "We want to make sure that any data we are sharing adds value to the data landscape. Not only is our number large enough where our health care workers won’t be identifiable but it shows we really need to pay more attention to protecting our frontline staff."

Among the counties reviewed, Madera, Monterey and Santa Barbara, all with smaller populations and fewer COVID-19 cases than Kern, stood out as providing the most detailed data on their cases. Kern provides less data on positive cases than other counties but provided more testing data than most others, the review found. It was also the only county in the review that updates data twice daily on weekdays.

Kern was one of six counties (the others were Tulare, Madera, Kings, Merced and Monterey, all with less than half Kern's population) in the review that did not list cases by city and only by geographic region. Monterey was the only county that released data on pre-existing diseases like asthma, diabetes and hypertension among its cases.

Here's how Kern and 10 other California counties are reporting their data:

Testing data: Kern provides some of the most thorough data on testing of the counties reviewed, including number of total tests, tests pending results and negative and positive tests

Other: Kern was the only county reviewed that classifies positive cases into residents and non-residents.

Other: Santa Barbara County's website also has a "COVID-19 dashboard" with charts and an interactive map.

Updated: Unknown but updated in past 24 hours

Updated: Unknown but updated in the past day

Total number of cases and deaths is updated every weekday online

The county provides the following data in a weekly report:

Updated: Unknown but updated in past day

Other: The county has a "dashboard" that displays data in graphic form and includes several charts

*2019 population data from the California Department of Finance

I have been pointing this out from the get go. Not only are we not receiving the same kind of information that many other counties and cities are supplying their residents, but we also get to deal with an attitude problem from Michelle (can't remember her last name) who works for the county health in some capacity. She is condescending and clearly enjoys the fact that she doesn't have to tell the public anything. I heard her on Ralph Bailey the other day and she has zero patience and did the whole "bless your heart" routine when asked why we aren't "allowed" to have more information regarding all of this. She should really be removed from her position as her toxic personality has no place in a job where informing the public is part of the description.

What would you do differently if you had this information?

I would be more calm and feel more informed and who knows how this information might be beneficial for me to know going forward. I think your argument for not releasing information is bogus. For instance, why would we need to know how many cases any of the rest of the country has? Or how many fatalities the world or our country or any given city has? We don't really. Many times information is like that, yet it is still important to let the public know what is going on in some detail. It is better to have an informed public than to have all of us wondering and coming to our own conclusions.

I don't think it has to be much more detailed to be satisfyingly to average reader. Anyone out side the city of Bakersfield should be able to know the cases/deaths situation IN THEIR TOWN. Inside Bakersfield is a little stickier. I think the folks aking for data by school districts is reasonable.

Yeah Moredumb, we "really" are a lucky state: With only 12% of the US population CA has 33% of the US welfare recipients, CA has the largest population of illegal aliens in the US, we have some of the lowest achieving high school students in the US, some of the highest taxes, most expensive gasoline, greatest number of homeless, highest home cost and spending (from CA taxpayers) the most for medical, food and education for illegal aliens. Yeah, what a lucky state.

Kudos to Stacey Shepard! This issue has been festering since the first COVID-19 report out of the Kern County Public Health Department. This impressive research brings into focus what has Kern county's 890,000 residents all but ready to riot at how they are being kept in the dark. There's time to fix this. Please, Mr. Constantine, at least bring Kern County's reports up from the very bottom of California's 58 reporting counties and tell us where COVID-19 activity is happening in our county. You owe this to us and State guidance does not prohibit you from doing it. By your non-reporting, I can't tell if there's a single case within 50 miles of where I live. PLEASE FIX THIS!

What would you do differently if you had this information?

Some state-wide interpretation by an intelligent expert of what can be released without violating HIPAA would be handy. Not just for this particular issue, either..

Is it possible the reason why they do not provide the data is because they are incapable. Maybe, they do not have a system in place and this is their way to avoid admitting it to the public.