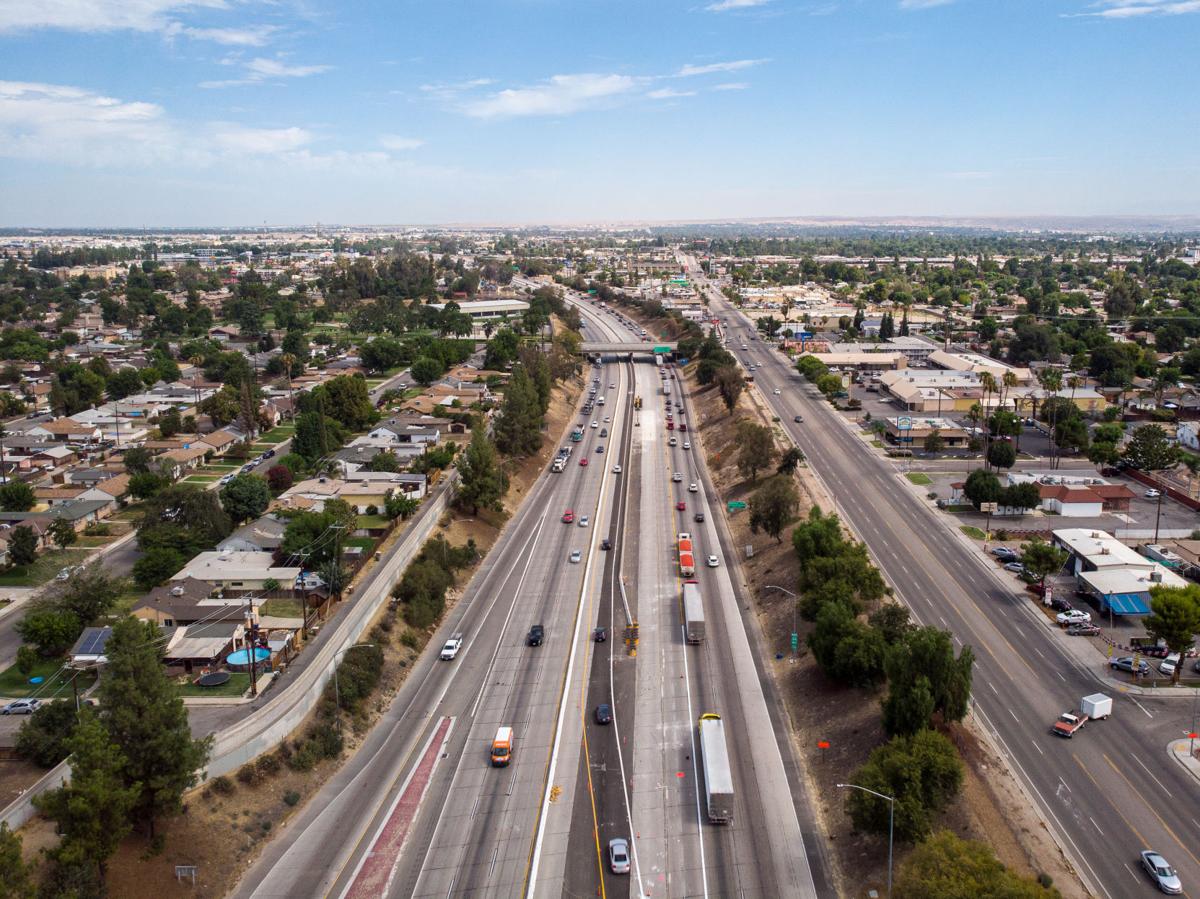 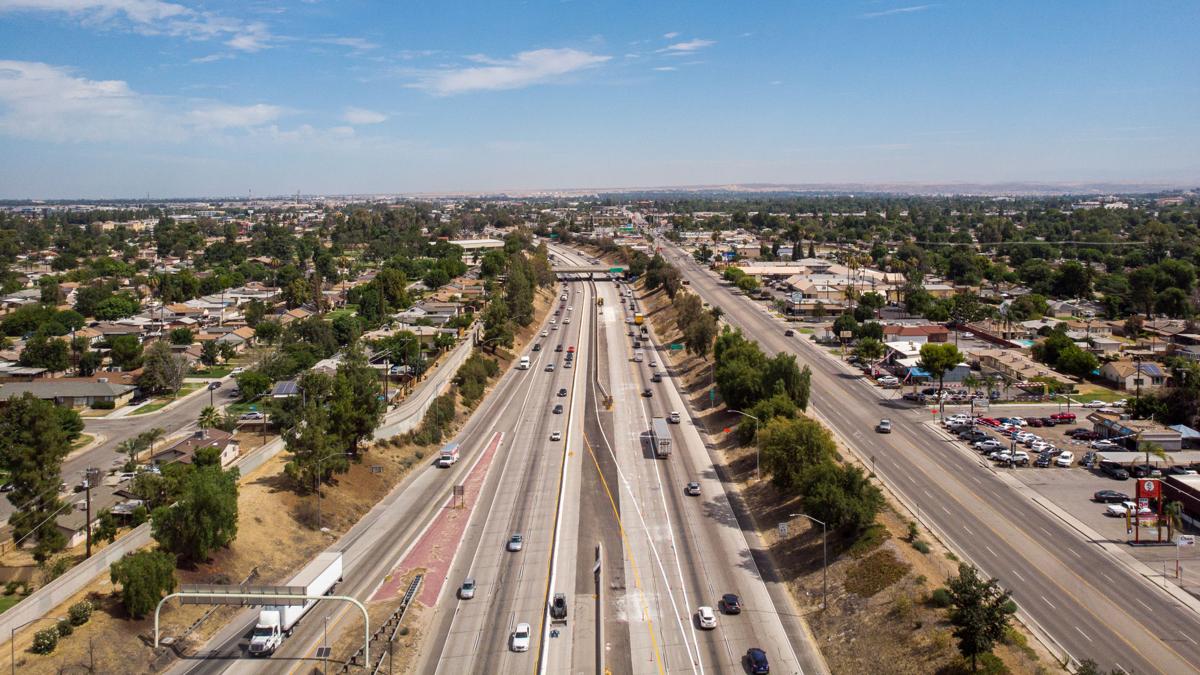 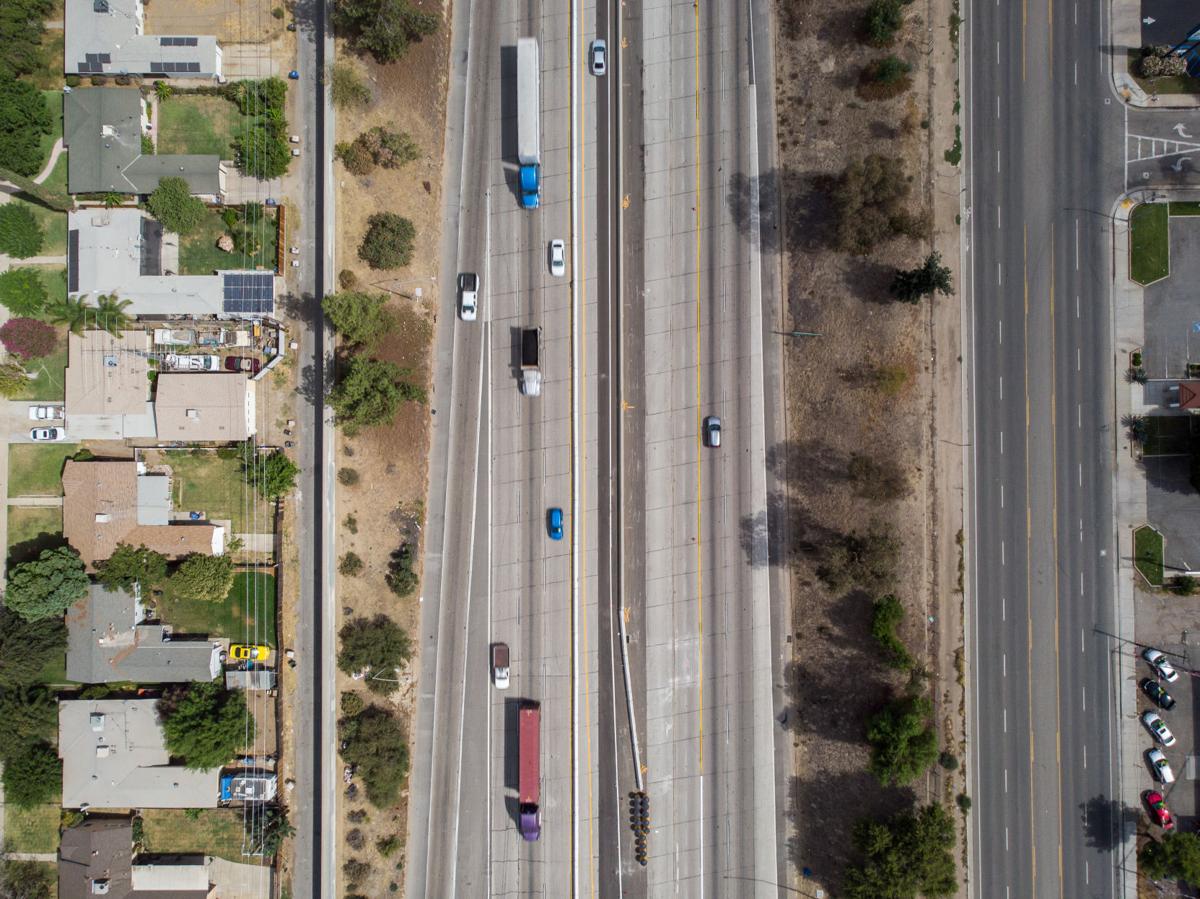 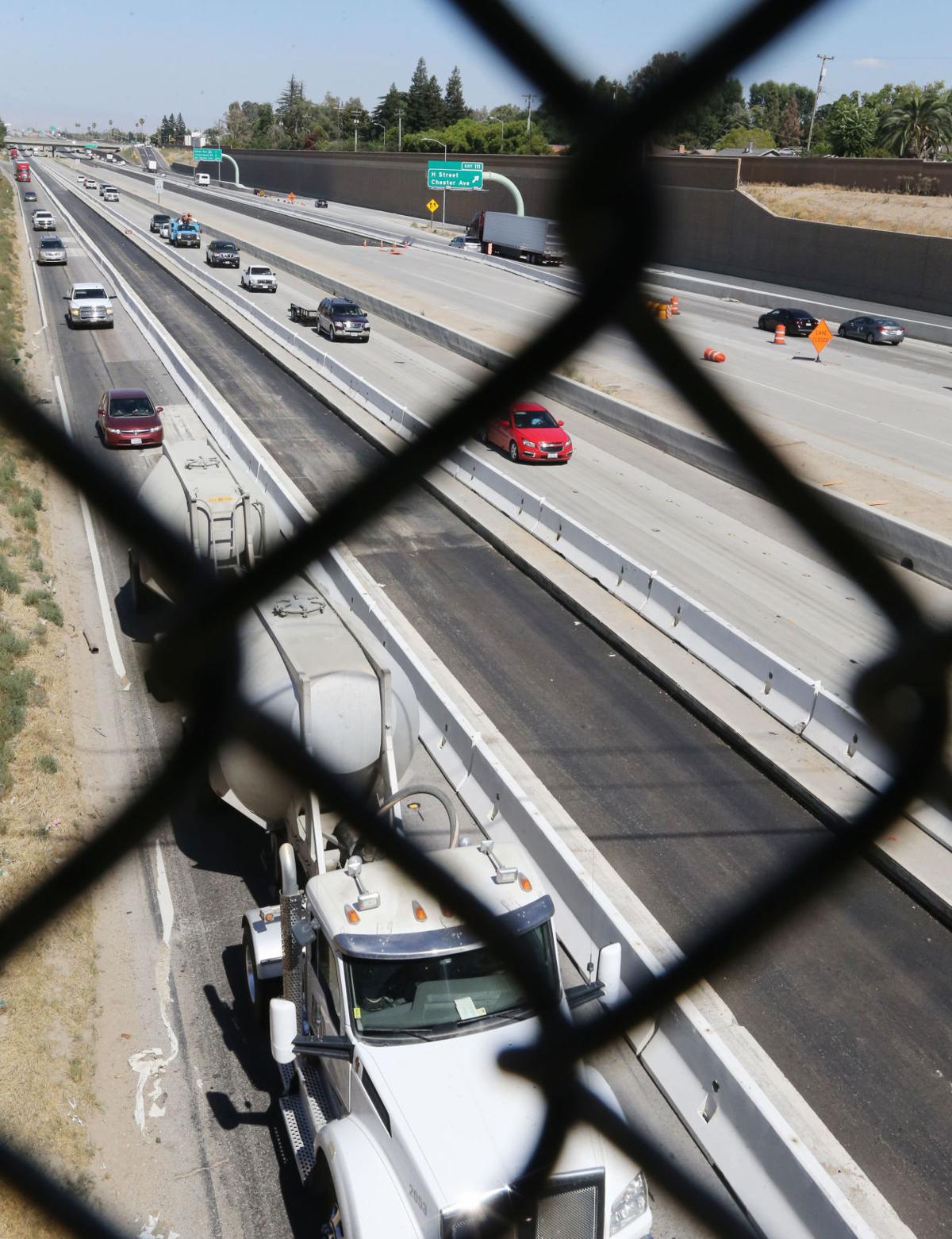 The westbound 58 near 99 interchange.

The westbound 58 near 99 interchange.

Be careful: The ongoing construction along Highway 99 could take you on a longer ride than you intend.

Commuters taking the freeway northbound from Stockdale Highway or points south to any of the city's northernmost off-ramps will want to stay out of the No. 1, "fast" lane, lest they miss their exit and find themselves forced to drive all the way to Porterville Highway.

On Sunday night, that left lane was diverted onto the southbound side of the center median between Palm Avenue and Olive Drive. For the next year, it will be a "through lane" and will not have off-ramp access between California Avenue and Olive Drive. Starting just north of Stockdale Highway, a concrete barrier prevents drivers from leaving the No. 1 lane until they are north of Olive and essentially beyond the Bakersfield city limits.

So, drivers who remain in the No. 1 lane will miss the exits at California Avenue, Rosedale/Highway 178/58, Buck Owens Boulevard, Highway 204/Airport Drive and Olive Drive.

They won't have a chance to get off the freeway until they reach the Highway 65 exit, or beyond that, Merle Haggard Drive/7th Standard Road, which is the northernmost metro Bakersfield exit. Next stop, Shafter.

The traffic switch is expected to remain in effect until summer 2020, at which time the switch will reverse for work on southbound 99.

The Department of Transportation, which has contracted the work to Brosamer & Wall Inc., is focused on keeping at least three lanes of traffic open in each direction during the ongoing 99 rehab project.

The diversion will come as a surprise to some drivers, but Christian Lukens of Caltrans said the state agency has been trying to notify people for some time.

"We've tried to get the word out on that, just to make people aware," he said. "We've had the signs for some time, but I know people are going to get caught unaware anyway.

"It's going to be inconvenient for folks, we know that," Lukens said. "The thing they're trying to do is leave it at three lanes in both directions through the entirety of the project, and this is the only way it can be done."

this is the dumbest thing I've ever seen! there is not sufficient signage for this "diversion" at all. The City needs to get its act together and its contractors need to put some thought into this. Getting the word out? try SIGNS.

This town is a disaster right now. sick of it.

As my family took this 'detour' last evening, we discussed the nightmare it would become when there is an accident. So, is there a plan to help the stranded motorists when an accident occurs??? How will first responders get to the injured???

would love to know what the thought process was. Because I wondered the same. tow truck? ambulance? chitty chitty bang bang???

I'm calling BS on Cal-Trans "Notifying" us commuters. Where and when this notification take place? They don't even have a sign up today!!!!

AMEN there is no sign. I was so mad when I got stuck. and I didn't know where it ended. notifying my arse! this is AWFUL!

Caltrans did the same in Santa Clarita (good and bad if wreck in bypass) for a time. Not a bad idea . . . maybe . . . if escape plans were implemented. Now, back to normal--no bypass in SC Val. Only couple of miles out of track, if you miss it so no biggee.

How about we stop all other construction, just finish one thing at a time and get it done? This is all just crazy!

Seriously? Your response is “let’s do one thing at a time”? Wow...I’m simply dumbfounded by this comment.

The construction projects and oversight (or lack thereof) in Bakersfield are beginning to make me a literal crazy person. They are tearing up just about every major street in town. Traffic management (signal timing and control) is already a joke here, but the construction has turn 12 minute commutes into 45. It’s hard to deal with.