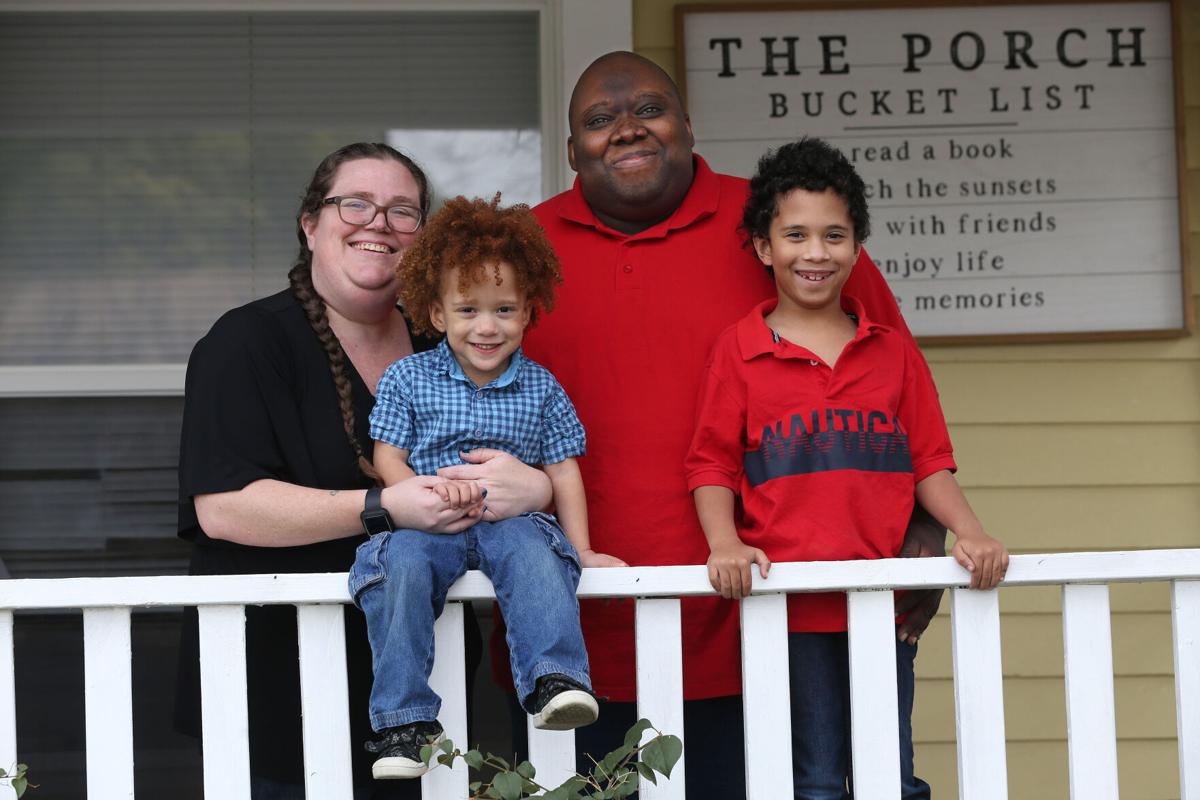 Kenneth Whitchard, the choir director at McKinley Elementary, survived a scary bout with COVID-19. When he was hospitalized, he feared he would never come out. Kenneth is with his two sons Maceo, 3, and Elijah, 8, and wife Karynn on the front porch of their Bakersfield home. 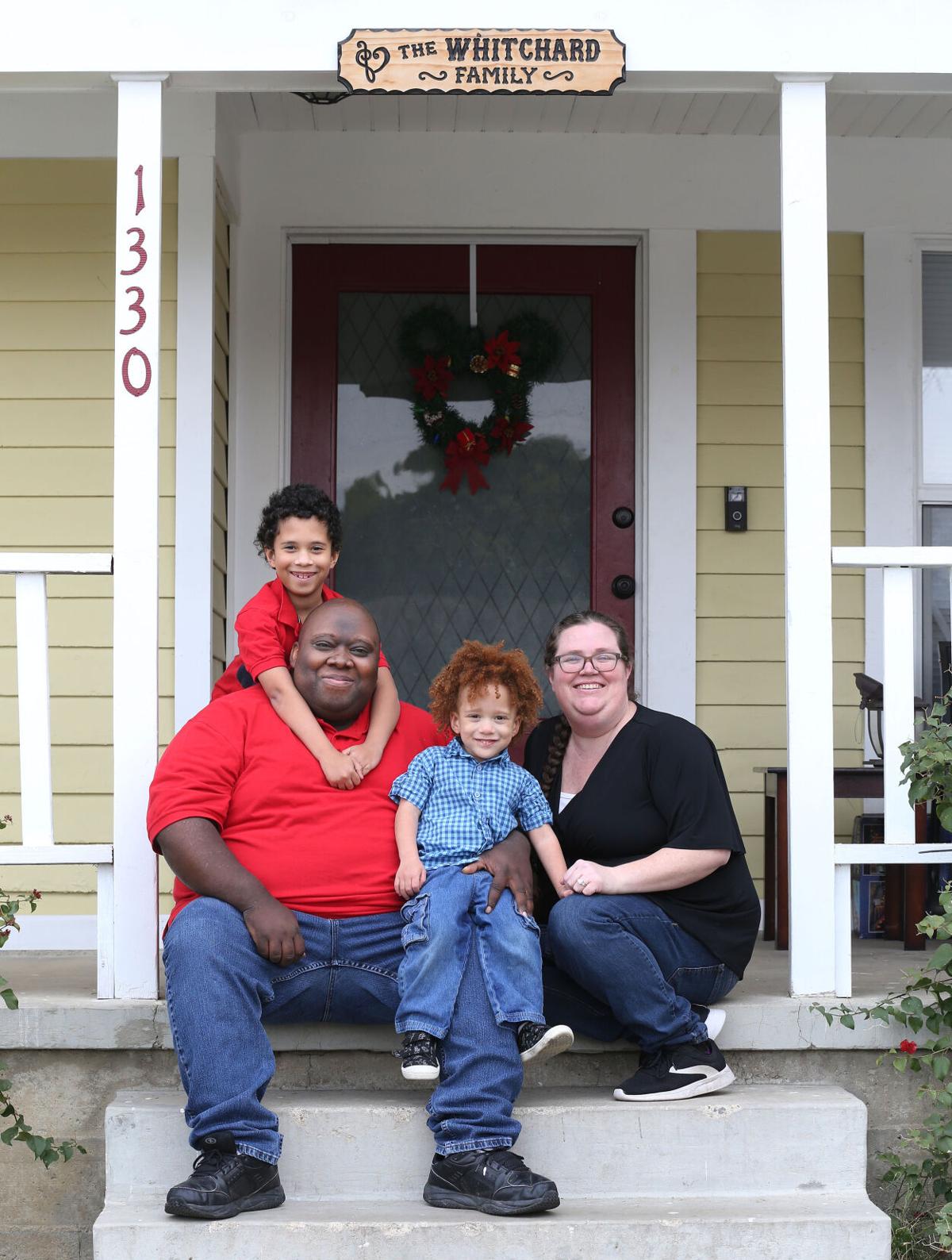 Kenneth Whitchard, the choir director for McKinley Elementary School, survived a scary bout with COVID-19. When he was hospitalized, he feared he would never come out. Kenneth is with his two sons Maceo, 3, and Elijah, 8, and wife Karynn on the front porch of their Bakersfield home. 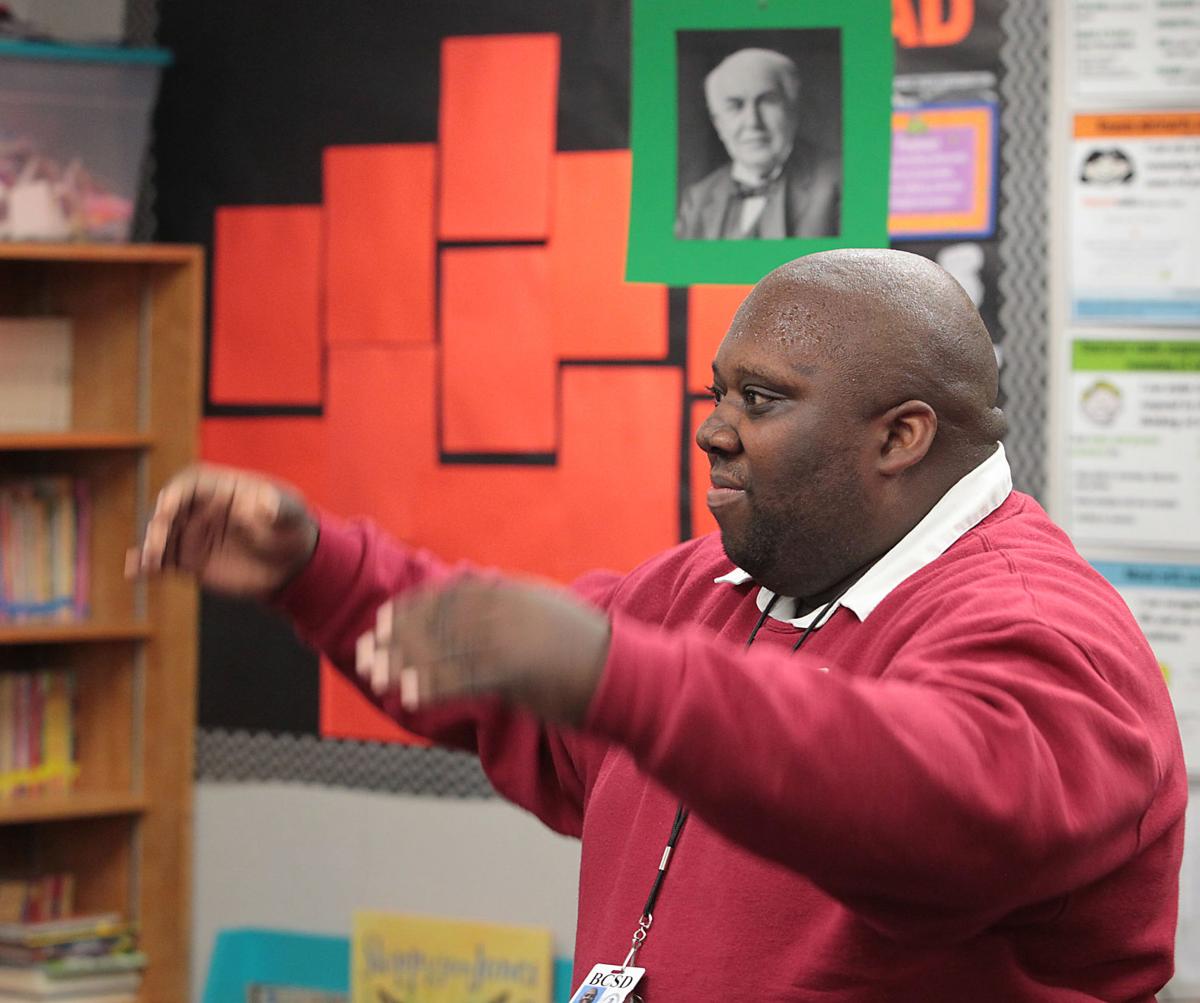 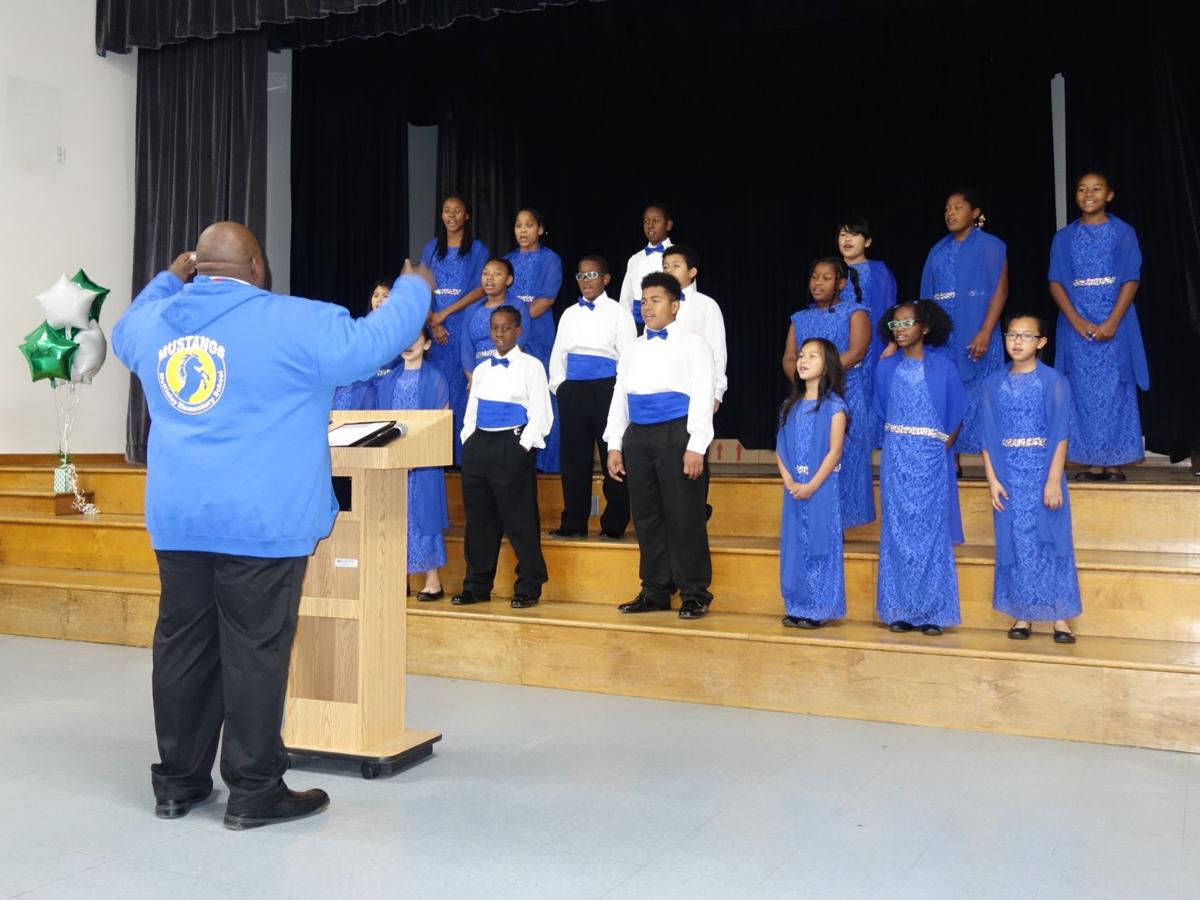 Kenneth Whitchard, the choir director at McKinley Elementary, survived a scary bout with COVID-19. When he was hospitalized, he feared he would never come out. Kenneth is with his two sons Maceo, 3, and Elijah, 8, and wife Karynn on the front porch of their Bakersfield home.

Kenneth Whitchard, the choir director for McKinley Elementary School, survived a scary bout with COVID-19. When he was hospitalized, he feared he would never come out. Kenneth is with his two sons Maceo, 3, and Elijah, 8, and wife Karynn on the front porch of their Bakersfield home.

When Kenneth Whitchard was taken in an ambulance to Memorial Hospital with a fresh COVID-19 diagnosis, he thought that was the end of it for him.

It wouldn’t be long before Whitchard, the school choir director at McKinley Elementary and a mainstay in local choral and theater scenes, would realize just how much he meant to his community. But he says those five days in the hospital, especially those early days, were really isolating and scary.

“It was really hard being in that hospital, to know that people were dying around me,” he said.

Whitchard, who has asthma and high blood pressure, thought he had been doing everything right to keep himself safe during the pandemic — he and his wife even had their groceries delivered. But somehow the virus slipped in.

Whitchard had a cough that had been bothering him, but he thought it was the same kind of cough that would bother him during winter every year. But one evening, during dinner on Dec. 28, he had trouble eating. He felt like something was stuck in his throat.

He went to the urgent care, thinking doctors might be able to dislodge whatever was stuck. But an X-ray turned up nothing, and his doctors suggested he might have COVID. They prescribed him medicine to address his symptoms in the meantime. His insurance didn’t cover a rapid test.

The next morning he was back at the urgent care with worsening symptoms, coughing up blood. He sprung for the rapid test. His oxygen levels were low and falling. They called an ambulance who waited for the test: It was COVID-19.

Whitchard underestimated what had been happening the whole time. Because he had been taking so many precautions, he discounted the possibility of COVID. He believes that if he had taken it seriously earlier he could have fought it off at home more easily, and it might not have developed into pneumonia. He said even his wife hadn’t realized when she dropped him off at the urgent care that he might end up hospitalized for coronavirus.

A turning point for Whitchard came when a nurse told him he could plug in his phone. It became a lifeline for Whitchard, even when he was too weak to answer or talk.

“When I saw my wife for the first time that night, it gave me a boost,” he said.

At first it was friends and family who reached out, but then it was the entire community that Whitchard has been a part of. He runs the Whitchard Choir Academy with his wife, and he was hearing from them. Whitchard has been the choir director at McKinley for over a decade, and he would receive messages from current students but also students he’d had nine or 10 years ago.

Whitchard said every time he would wake up from sleeping it seemed like there were another 50 messages.

McKinley Elementary School principal Rona Chacon-Mellon said that Whitchard has been a “grounding” presence for the school, especially during distance learning. During a typical school year, the whole school would come together on Fridays for a morning flag salute. She said Whitchard recreates some normalcy by producing a video where he sings the national anthem flag salute and presents the students of the week.

“He pulls our community together as a McKinley family,” said Chacon-Mellon.

When the McKinley community heard that Whitchard was hospitalized, they worried. But they also rallied and put together a video that they sent to him that he could view from his hospital bed.

“They made videos for me, and it really boosted something,” he said. “My doctor came in and said, ‘You are glowing, keep it up.’”

A few days into his stay, he made a video for his community, too. He couldn’t hold back tears while he thanked his family, friends, coworkers, students and former students for reaching out to him, during a time of need. The video was shared far and wide and was even picked up by “Good Morning America.” In the video, he warned the community to take the virus seriously.

“People who think this stuff is a joke. It’s not a joke,” he said, while tears streamed down his cheeks. “I thank God that I’m not as worse off as some. There are other people here who are really going through it.”

Whitchard can’t wait to be back at work, but he’s trying to take it slow since he returned home last Thursday. This week he’s been able to start moving around. He’s been able to eat again. Community members have been bringing food by as he rests up. His wife, Karynn Whitchard, is thankful for the love and support the community has shown to their family, which includes her and their two young boys.

“I appreciate how much people truly love my husband and the impact he’s made on their lives,” she said. “I’m happy to have him home, and I hope that people start to take this virus serious, because you can think you’re doing everything right and then it hits your family out of nowhere.”

Right now he feels lucky not only to be alive but to feel so appreciated by his community.

“I told my wife, ‘I don’t think people feel this until they’re already gone,’” he said.

Even as many Kern businesses reopen, theatrical venues remain closed, leaving children without a place to pursue their thespian dreams. Or doe…