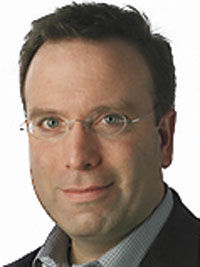 "Try Reckless" by Jesus Fidel is part of his solo exhibit,"Plant Impossible Gardens," at The Foundry for First Friday.

A necklace by LK Designs, local jewelers whose work will be on display during the "Jewels and Abstracts" exhibit at Bossanova Studios Friday. 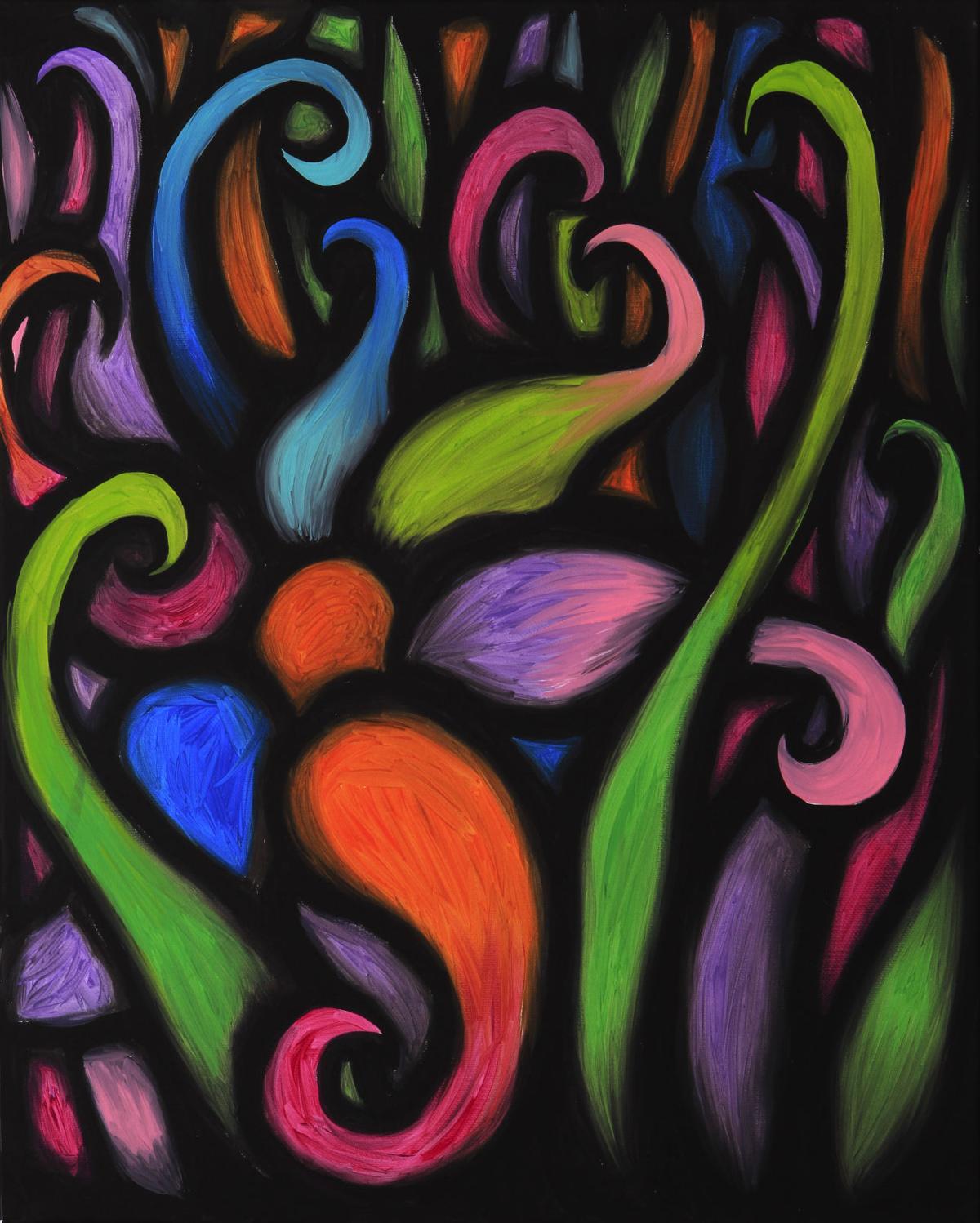 Slug: First FridayCredit: Photo courtesy of Jesus FidelCaption: "Try Reckless" by Jesus Fidel is part of his soloexhibit,"Plant IMpossible Gardens" at The Foundry fro First Friday.This is one of three paintings that will be raffled off to benefit thelocal art scene. 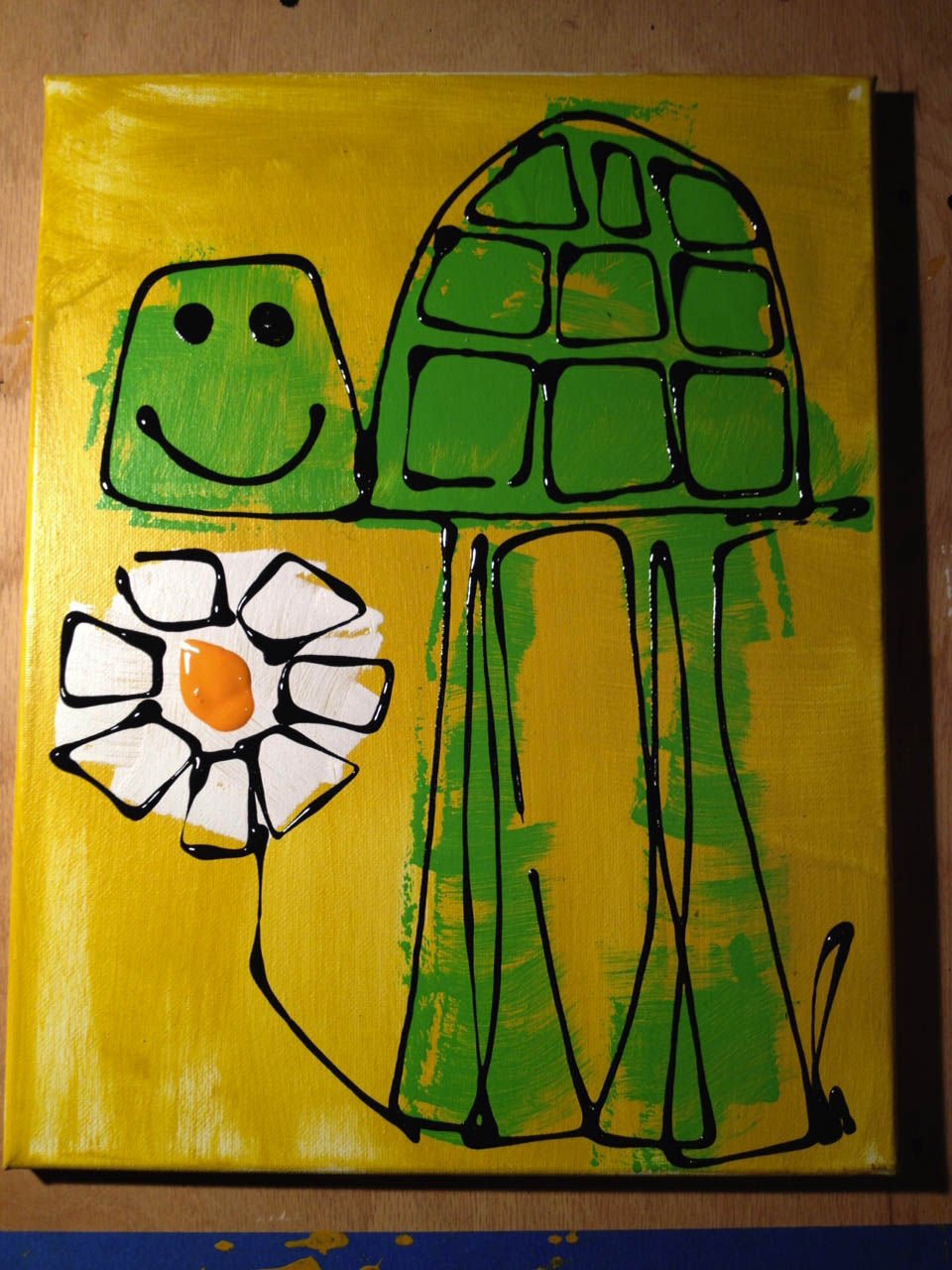 Slug: First FridayCredit: Photo courtesy of Johnny RamosCaption: An example of children's art by Johnny Ramos. The artist willhave a variety of works on display at his gallery for the "Jewels andAbstracts" show at his gallery, Bossanova Studios, on Friday. 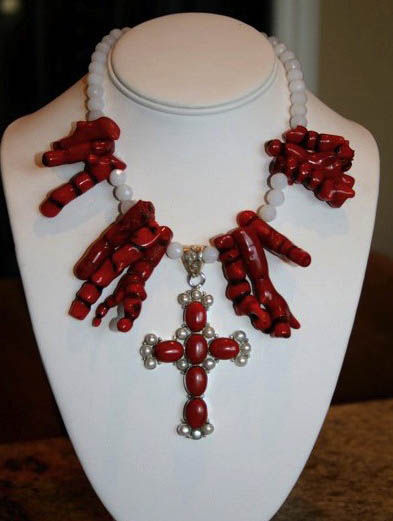 "Try Reckless" by Jesus Fidel is part of his solo exhibit,"Plant Impossible Gardens," at The Foundry for First Friday.

A necklace by LK Designs, local jewelers whose work will be on display during the "Jewels and Abstracts" exhibit at Bossanova Studios Friday.

Slug: First FridayCredit: Photo courtesy of Jesus FidelCaption: "Try Reckless" by Jesus Fidel is part of his soloexhibit,"Plant IMpossible Gardens" at The Foundry fro First Friday.This is one of three paintings that will be raffled off to benefit thelocal art scene.

Slug: First FridayCredit: Photo courtesy of Johnny RamosCaption: An example of children's art by Johnny Ramos. The artist willhave a variety of works on display at his gallery for the "Jewels andAbstracts" show at his gallery, Bossanova Studios, on Friday.

Shaking off the winter doldrums, downtown Bakersfield is the place to be tomorrow for a vibrant First Friday, with a full slate of eclectic art shows.

Art Sherwyn is no stranger to the local arts scene, nor is his family (daughter Liz is an accomplished artist and education assistant at the Bakersfield Museum of Art), so it's only natural that he's part of a three-person family show at Metro Galleries.

Titled "Awakenings," the show is a momentous event for the other two artists: Sherwyn's 84-year-old mother, Doris, and Dean Johnson, 77, who is the uncle of Sherwyn's wife, Cheryl.

Truly embodying the "Awakenings" theme is Johnson, who lives in Oakland. A contractor and architect since the '70s, Johnson said art has always been an important part of his life, although he feels his talent has lain "dormant for years."

"I've been sketching and drawing every day since I was 4 years old."

It's that sketching -- done in a pad he carries around "for whatever" -- that drew Sherwyn's attention to his skill.

"All along those years, Dean carried a small white pad in his coat pocket, and he would take it out every now and again to record an interesting face, building or place," Sherwyn said. "Even though I was having shows, I always felt that Dean could very easily be better than I if he studied and practiced as I was doing; he always had beautiful drawing skills."

Johnson's family and friends benefitted from his skills, with gifts of artwork through the years. One, an ink wash given to Sherwyn 20 years ago, inspired Friday's event.

"A year ago, he (Sherwyn) pulled that out and said, 'Give me another half-dozen of these and we'll have a show together.'"

Along with those half-dozen black-and-white works, Johnson completed 20-plus pieces in vivid color, using a nuanced pastel technique.

Always supportive of each other, the pair also engaged in some friendly competition, Johnson said.

"He lit a fire under me, and I surprised him with what I produced for him. We were playing 'Wow': He showed me his stuff and I'd say, 'Wow.' I'd show him my stuff and he'd say, 'Wow.'"

The finished product is something Johnson calls "back to the future."

"It's not anything new. It's what I used to do -- not for show, just for my satisfaction and enjoyment."

Excitement was evident in Johnson's voice as he discussed the show and his art, which he said is continuing to develop.

Like Johnson, Doris Sherwyn, who lives in Santa Cruz near daughter Linda, has spent her life creating art.

"I remember drawing as young as 8 or 9 years old and aspired to be a fashion designer."

After winning prizes for her art in high school, she ignored her father's advice to attend secretarial school and instead pursued art. Over the years, she's shown her work at galleries throughout the state as well as the gallery she owned and operated for 15 years. Along with raising three children, she owned a shop dealing in antiques and artworks.

Recently, the elder Sherwyn's home has served as her latest gallery, with more than 100 pieces on display. But it was her son's suggestion that she take part in a show this year, the first together for mother and son.

Doris' colorful work reflects the life she has led, embracing creativity in her cooking, sewing, garden-tending and her years as a classical pianist. Although most of her 12 paintings were created long before the show, she said the title has a special meaning.

"I find inspiration in almost every piece I do. Sometimes painting can be quite cathartic. It has helped me through some interesting times."

Her son is pleased to focus the spotlight on her and Johnson for Friday.

"She will have the opportunity to dazzle a lot of people with her pieces," Sherwyn said. "I will also be showing in this exhibition, but I would like to play me down; I want this to be their night."

And Johnson said it will be quite a night: "This is a 'blow your socks off' show."

Not being as close to the downtown arts district, whose heart is the 19th Street art walk and other galleries, Bossanova Studios has pulled back from monthly shows since April. But the gallery, owned by artist Johnny Ramos, returns this month with "Jewels and Abstracts."

Of the break, Ramos said, "I just don't feel it was necessary to have any more shows since the only people buying my work are from Palm Springs and Southern California. So the gallery became just a studio.

Along with plans to open a gallery in Merida, Mexico -- where Ramos said his art is a good fit for the modern homes there -- the artist has started silkscreening his art onto T-shirts for children and women. The attire, drawing from his abstract animal, florals and spaghetti Western paintings, will be sold at the 18th Street gallery and E Aveda Salon and Spa on Stockdale Highway.

Along with the shirts, Ramos will have abstracts and children's art on display.

The jewels are the work of Juliane Torczon and Lex Singleterry, who design as LK Designs.

Studying under Lyndia Krausgrill, who designs her own pieces under the label Lyndia K, the pair developed a wide-ranging line.

"Each piece is custom-made," Torczon said. "We have such a wide range of style, and you can see that in the pieces. Some pieces are really sparkly and made with Swarovski crystals, others are more boho with wood beads and leather.

"We use all sorts of materials, from precious stones and gems, to pearls, to wood, metal, wire and leather. We make all different kinds of pieces -- from headpieces, necklaces, bracelets, earrings, pins and belts. Right now my favorite piece/pieces are the headpieces. They're so versatile and cutting edge."

The collection, which ranges in price from $50 to $600, also is on display at Serenity Salon and Spa. Along with private showings (arranged via lyndiak.com) and planned promotion at Bossanova, Torczon said LK Designs will take part in the Bakersfield Business Women's Conference in April.

Those interested in more jewels can continue down 18th Street to Juliana's, where the featured artist is Mila Maksimova. Her jewelry, which ranges in price from $20 to $60, incorporates Russian pearls, freshwater pearls, amber beads, glass items and semi-precious and metal earrings.

Works by gallery owner Juliana Bernier Dooley also will be on display and available for purchase. Refreshments will be served.

It will be an inspiring night for art all over downtown, especially at The Foundry, which is presenting a solo exhibit by Jesus Fidel titled "Plant Impossible Gardens."

Taking the name from "How to be an Artist," by Fidel's favorite poet, SARK, the show is a series of 16-by-20 acrylic works "wild with color," incorporating never-ending lines. The show is about "all the ideas and dreams you have in life that seem impossible. Plant it, even if it seems impossible, until you can find a garden that does grow."

This is Fidel's third solo show, with the other two held at The Empty Space prior to his appointment as gallery director, a position he has held for about a year.

That role has kept him busy as of late, as he prepared for Friday's show along with two art events at The Empty Space. But that is something the artist accepts as necessary: "If we make time, we can make art happen."

Three of his works will be raffled off.