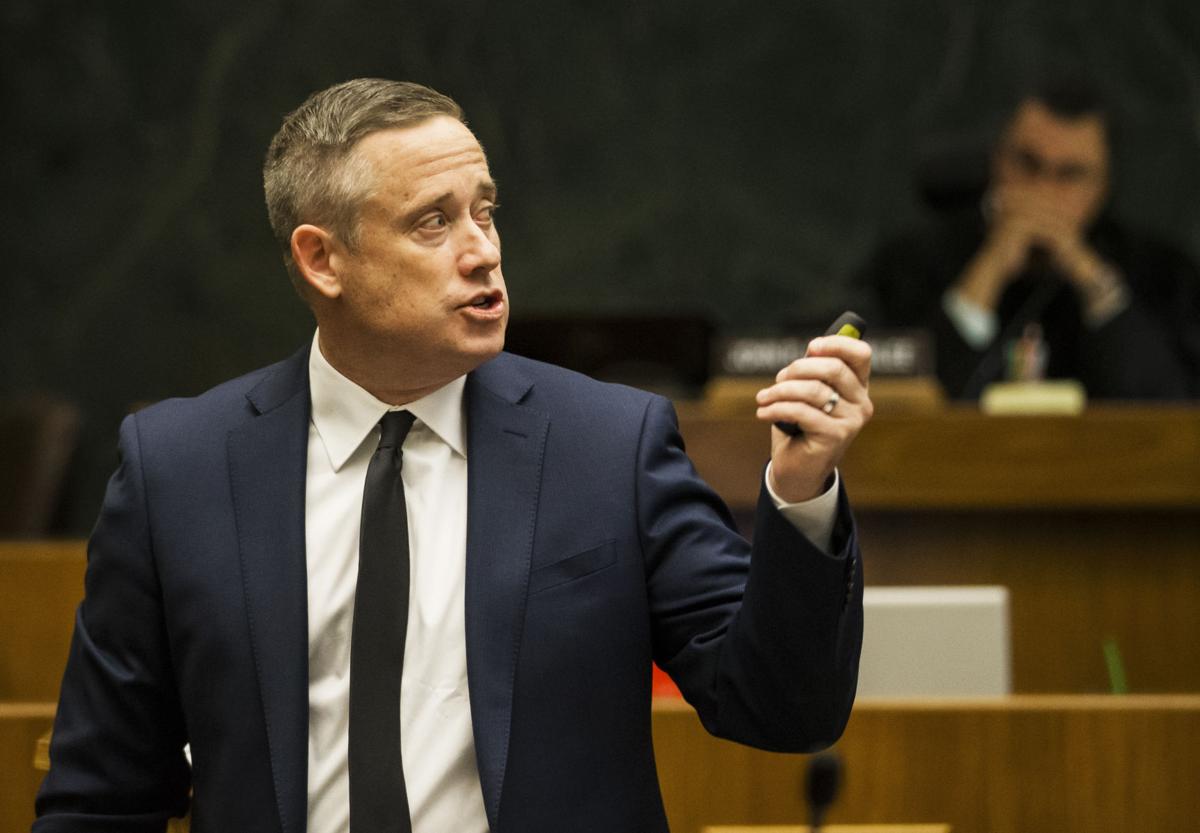 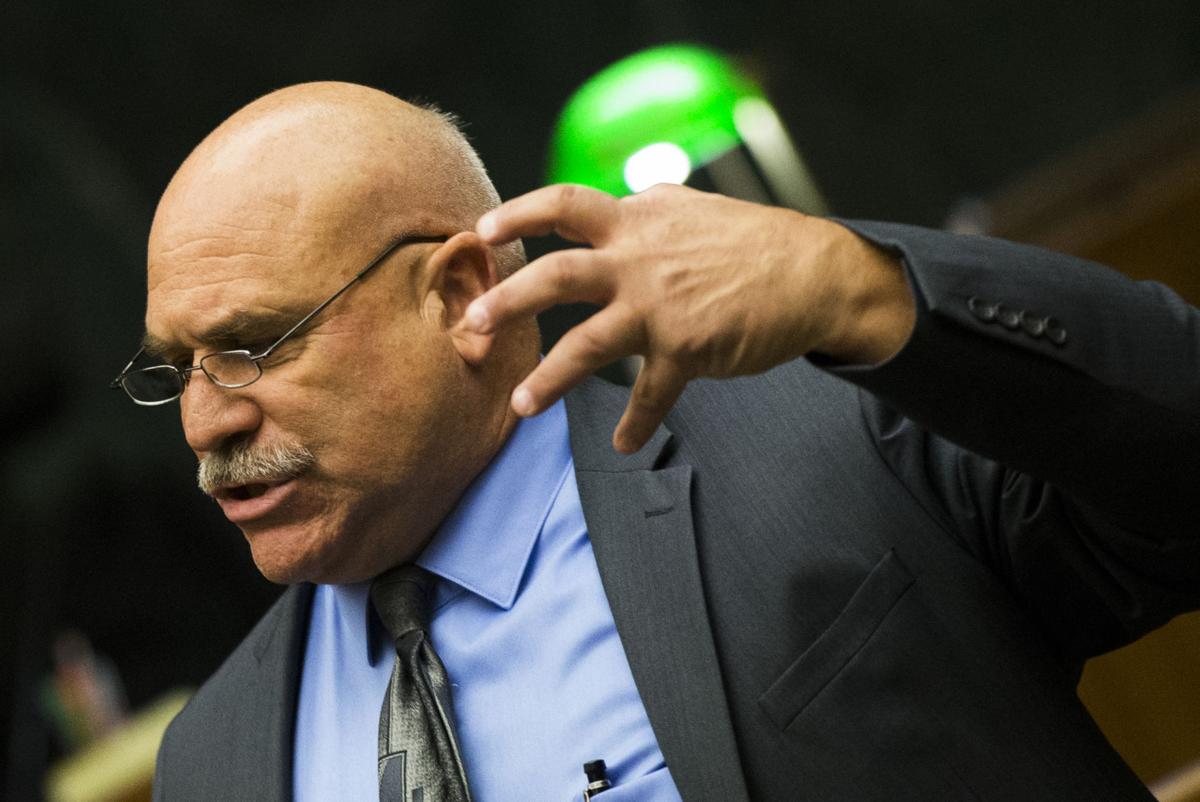 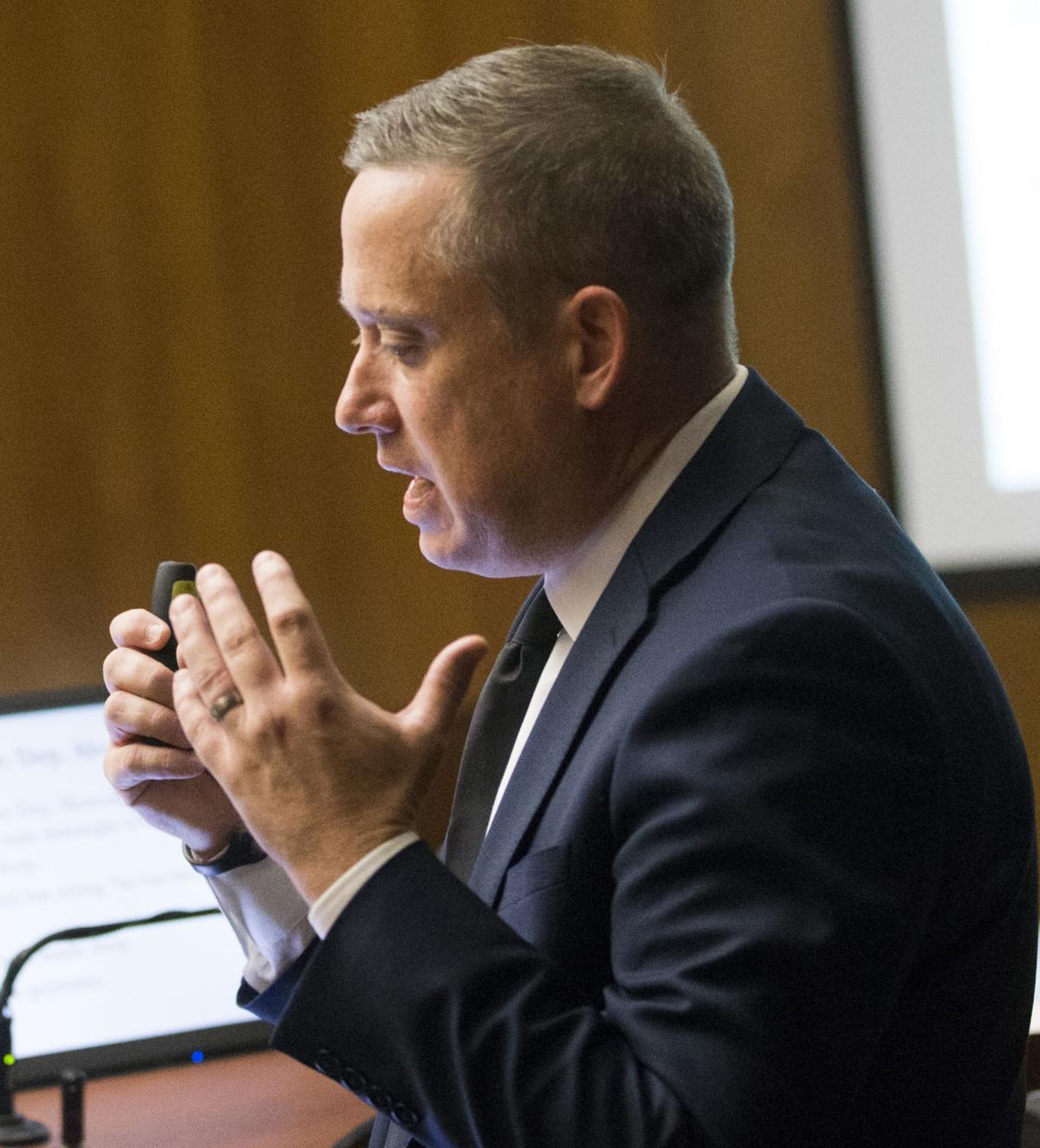 Prosecutor Eric Smith wraps up the prosecution's case during closing arguments in the murder trial of Sabrina Limon. 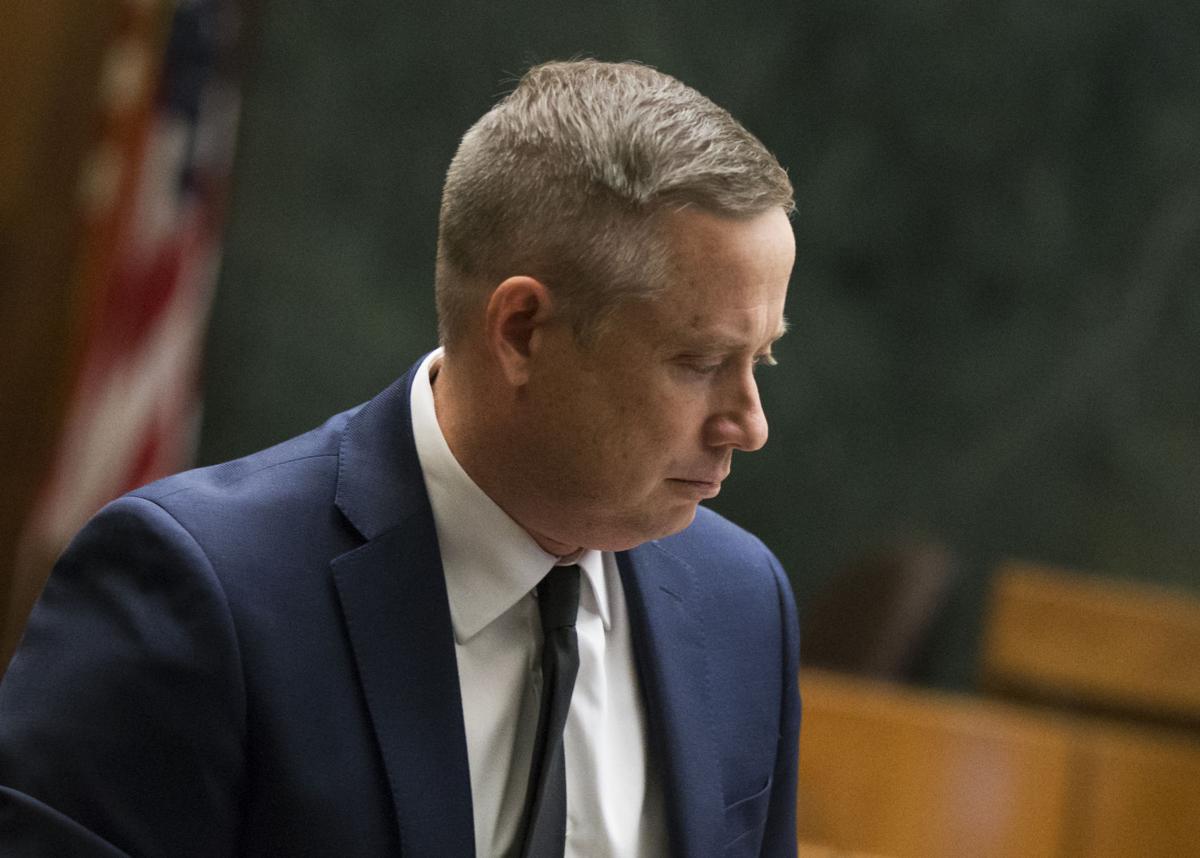 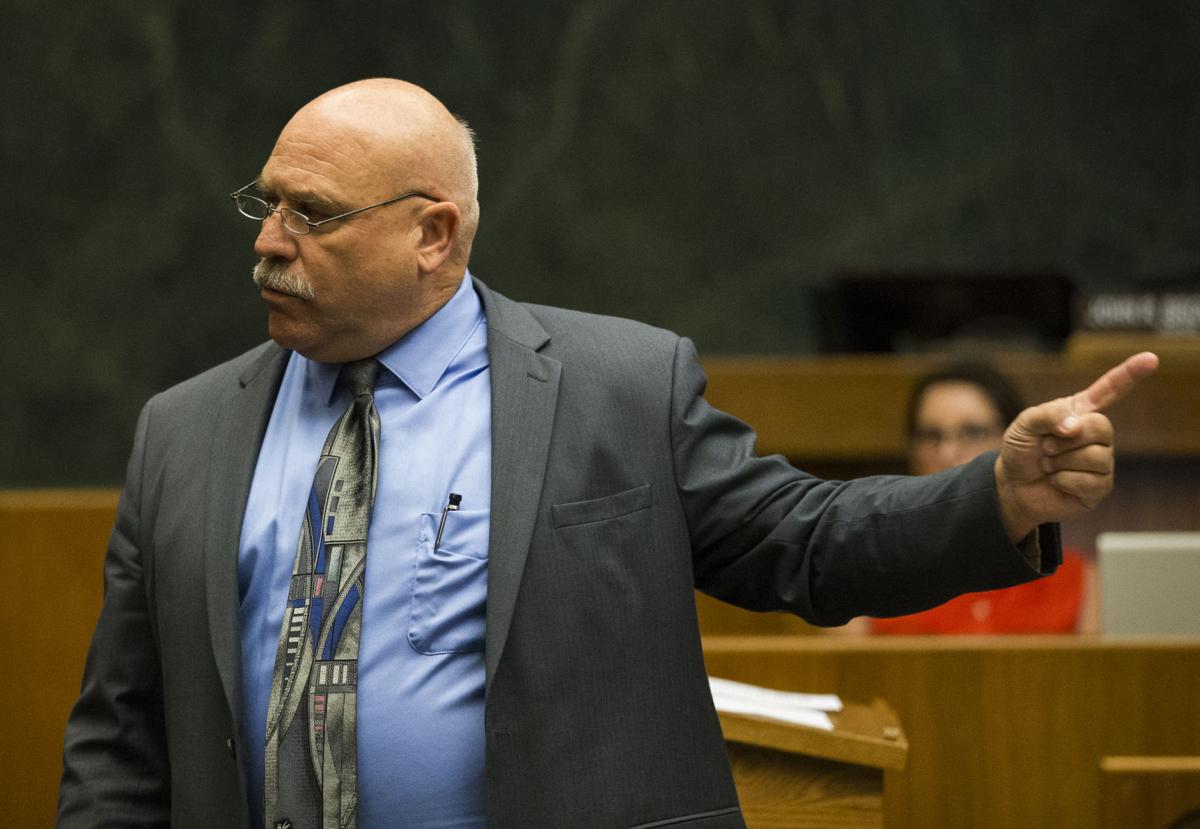 Defense attorney Richard Terry addresses the jury in his closing argument in the murder trial of Sabrina Limon.

Prosecutor Eric Smith wraps up the prosecution's case during closing arguments in the murder trial of Sabrina Limon.

Defense attorney Richard Terry addresses the jury in his closing argument in the murder trial of Sabrina Limon.

The fate of Sabrina Limon, charged with murder in the death of her husband, now rests in the hands of the jury.

Attorneys presented closing arguments Tuesday and the case was handed to the jurors at 3:53 p.m. and they were sent home for the day about a half hour later. Deliberations resume Wednesday morning.

The jury is tasked with deciding whether the prosecution has proven beyond a reasonable doubt that Limon conspired with her lover, former Redlands firefighter Jonathan Hearn, in the death of her husband three years ago. She's charged with six crimes, including murder and attempted murder.

Prosecutor Eric Smith said during closing arguments Tuesday Limon wanted a new life. To achieve it, she needed her husband out of the picture.

She persuaded Hearn to kill her husband so they could marry and raise her two children in a "Godly manner," Smith said. Her husband's $330,000 in life insurance benefits, plus a possible settlement from his employer, would help finance their new life together.

"She wanted to leave her life behind," Smith said. "She wanted a new start. That's what she set up with Jonathan Hearn."

Hearn, 27, testified earlier in the trial that he and Sabrina Limon plotted 38-year-old Robert Limon's death months before Hearn fatally shot him at a Burlington Northern Santa Fe Railway office in Tehachapi on Aug. 17, 2014.

Smith argued Limon's own words as captured on wiretapped phone calls and thousands of text messages are evidence she conspired in her husband's death.

When interviewed by investigators after Robert Limon's killing, she denied she or her husband had relationship issues or were involved with other people despite the fact she and Hearn had been carrying on a years-long affair.

While BNSF employees and friends of the Limons shared everything they knew with investigators, she lied, Smith said.

"What happens after that is Robert's August death turns to Sabrina's September love," the prosecutor said.

Twenty-one days after her husband's murder, she sent numerous text messages professing her love for Hearn, her "sexy guy." In other texts and calls, the two discuss their love for each other, what investigators know and even pray she has "the right words" before speaking with the lead investigator, Kern County sheriff's Detective Robert Meyer.

As the weeks continued, Smith said, paranoia and stress become evident in their calls to each other. Meyer would call Sabrina Limon with updates on the case, and soon after hanging up she would call Hearn and fill him in on what she'd been told.

On Nov. 18, 2014, Sabrina Limon calls Hearn and talks with him about surveillance video of the suspect Meyer sent to her. During the conversation, she says she thinks investigators will be coming soon.

Both were arrested later that day.

Smith said her recorded statements show she knows everything is coming to an end.

Limon's attorney, Richard Terry, argued Hearn's word is the only direct evidence against his client. He has repeatedly noted during trial that Hearn received a plea deal sparing him life in prison for his testimony.

As for her withholding information, she didn't want to sully her and her husband's names by disclosing details of their sex life to authorities, Terry said during his closing argument. The Limons had opened their marriage to other sexual partners years ago, and went on trips where couples engaged in sex acts with each other.

Months before he shot Robert Limon, Hearn testified, he and Sabrina Limon at first attempted to poison him. He said he mixed arsenic trioxide in banana pudding and gave a small container of the pudding to Sabrina Limon for her husband to take to work.

He testified they later abandoned the plan over fear of getting caught, and she told her husband to throw out the pudding because the bananas had gone bad.

There is no evidence Sabrina Limon was part of the alleged poisoning attempt other than Hearn's testimony, Terry said. She never handled the poison, and he cast doubt as to whether she even had the alleged tainted pudding in her possession.

Hearn described Sabrina Limon as a loving, caring mother to her two children. But Terry said his testimony indicates she kept the pudding in her refrigerator at home before giving it to her husband.

"What mother would expose her children to the possibility of being poisoned?" Terry asked.

Regarding the texts and calls between her and Hearn, Terry argued, there's no evidence she knew of Hearn's plot to kill her husband.

"There's nothing in there that says, 'Oh by the way, get rid of my husband for me,'" he said.

Hearn influenced his client, Terry said. She trusted him and leaned on him for support after her husband's death, not realizing he was a "calculating, cold-blooded killer."

Although arrested with Hearn in 2014, Sabrina Limon was released two days later due to insufficient evidence and was free until January, when Hearn agreed to testify.

Terry characterized the prosecution's agreement with Hearn as a "deal with the devil." He said Hearn spun a story implicating Sabrina Limon to save himself.

In closing, Terry made reference to Sabrina Limon's children, ages 14 and 11.

"Mr. Hearn has already taken away Robbie and LeAnna Limon's father," he said. "Don't let him take away their mother, too."

In rebuttal, Smith told the jury it cannot allow sympathy to influence its decision. Of course the Limon children miss their mother, but that's beside the point, he said.

This trial, Smith told jurors, concerns only an objective examination of the facts to determine whether Sabrina Limon is guilty of murder. She lied to investigators from the beginning, he said, and continued to lie on the witness stand.

He said it's not reasonable to base reasonable doubts on her statements.