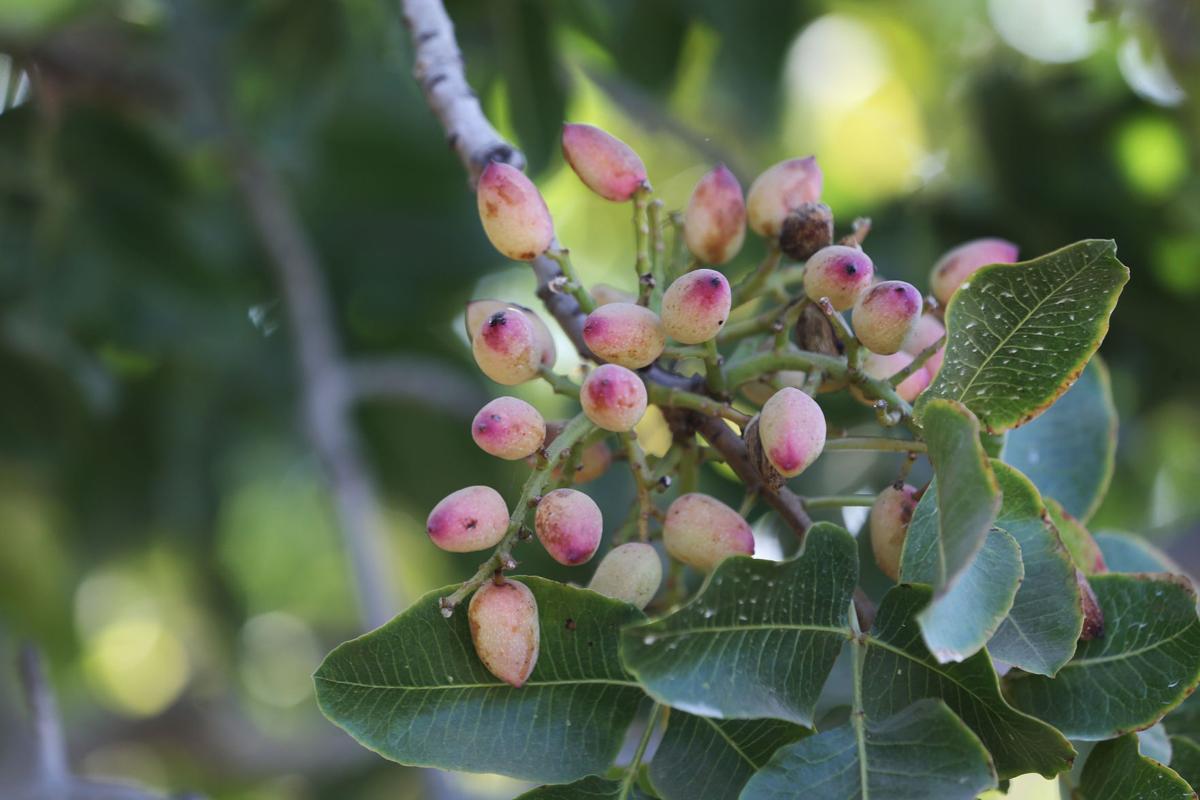 A Pistachio harvest in 2019 at Quailwood Farms in Buttonwillow. 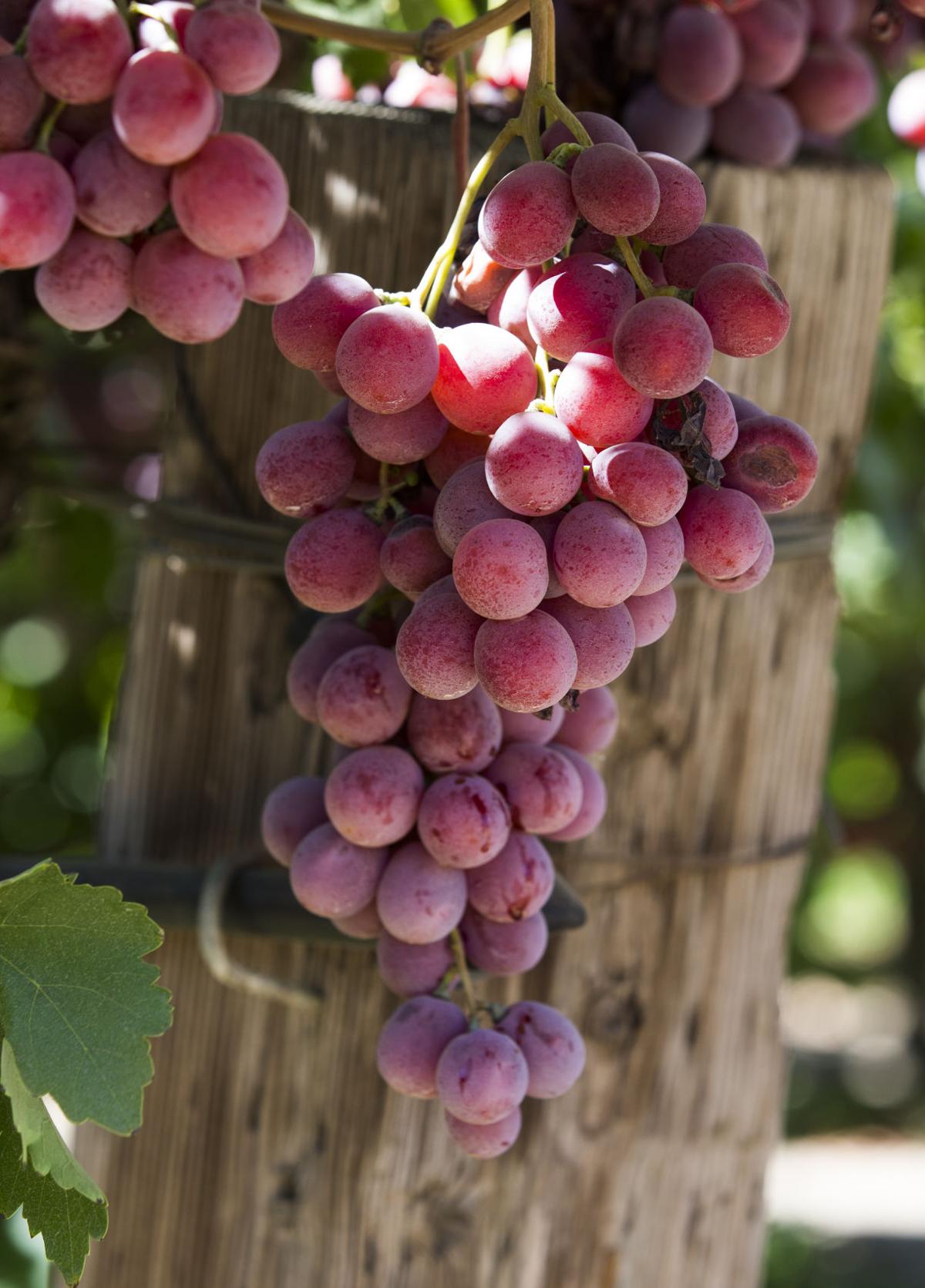 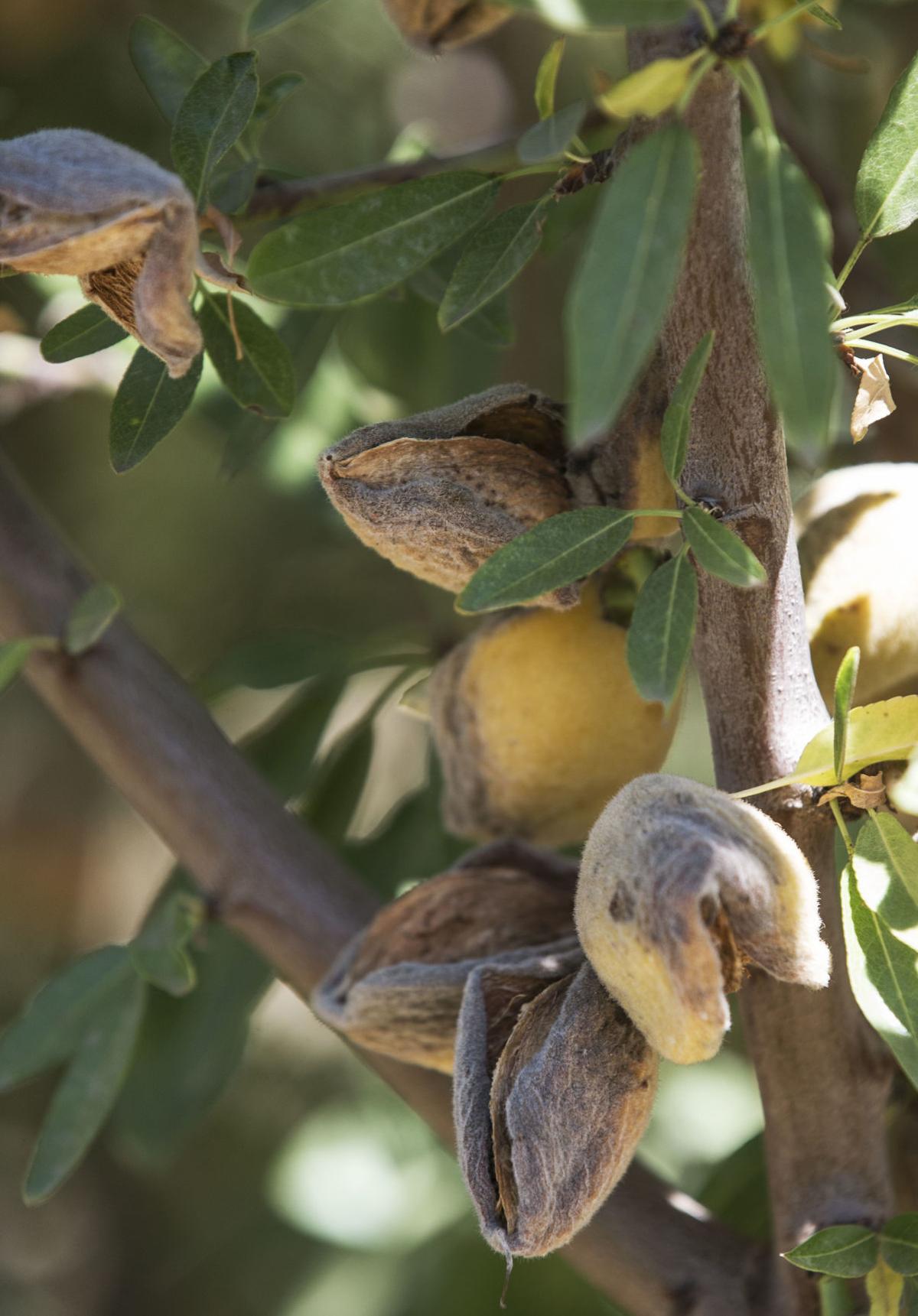 In this 2019 file photo, almonds are ready to be harvested in an orchard in Shafter.

A Pistachio harvest in 2019 at Quailwood Farms in Buttonwillow.

In this 2019 file photo, almonds are ready to be harvested in an orchard in Shafter.

The study concludes these hurdles "ultimately challenge the ability to maximize production while ensuring profitability." But it also predicts impacts will vary by crop, with almond production benefiting somewhat while growers of pistachios, grapes, oranges and carrots face overall difficult conditions.

The report was put together by the California Department of Food and Agriculture in cooperation with the San Diego-based Climate Science Alliance. Intended to promote climate-change resilience among the state's farmers, it presents information gathered during workshops, surveys and interviews with growers as well as researchers and technical advisors.

Kern ag figures prominently in the report, which also looked at farming in Imperial, Riverside and San Diego Counties. It noted Kern, specializing in grapes, almonds, pistachios and many other specialty crops, is one of the most productive agricultural regions in the country with $7.25 billion in gross output in 2017.

The general prediction is that temperatures will rise in the coming decades, with summer and winter highs exceeding previous norms. There will be more frequent and intense heat waves as well as greater variability leading to more cold snaps.

Local farmers have long faced variable and intense weather and ever-changing conditions. In recent years, as in decades past, they have weathered heat waves that sometimes lower the quality of their cherries and cold snaps that can ruin their mandarins or reduce the effectiveness of pollination.

But more than these, water availability has taken their focus lately because of groundwater-pumping restrictions imposed by Sacramento after Central Valley farmland literally sank amid overuse during recent droughts.

The Kern County Farm Bureau on Thursday issued a comment on the new report. It specifically mentioned only the report's implications for water availability.

“Kern County has been able to sustain its economic vitality within the agricultural space due to its Mediterranean climate and most importantly delivery of surface water supplies," the statement read. "If the climate report as provided by CDFA is correct in its thesis then the importance of continued delivery of surface water supplies to the South Valley remains paramount."

"The sustainability and resilience of Kern County communities is solely dependent on realistic collaborative efforts by stakeholder parties, and the agricultural industry pledges to do its part to remain viable for the long haul," the bureau's statement continued. "Farmers and ranchers are resilient and have worked within Mother Nature’s parameters from the genesis of organized agriculture, which is why California ag is unique and productive; the new challenge is adapting to rules and restrictions imposed by regulatory bodies."

The report's good news was that farmers have an important role in adapting to and perhaps helping cushion the impacts of climate change.

"There are many strategies and actions farmers can and are taking to address these impacts, including shifts to more efficient management of water and irrigation, adoption of advanced technologies, and selection of new crop varieties and species," the report states. "Other strategies include a suite of soil management practices, such as cover cropping, reduced tillage and crop rotation that can increase soil health and carbon sequestration."

Almonds, a key crop in Kern County that has seen expanded acreage during the past decade, will likely do better as temperatures rise, according to the report.

Oranges, also popular among Kern growers, could suffer "scorching" of their blooms amid higher temperatures, the study says. It adds that chances of frost damage will diminish even as wildfires and flooding become bigger threats.

Table grapes, Kern's top-grossing crop in recent years, will suffer as temperatures rise and autumn precipitation declines, according to the report.

For pistachio growers, higher temperatures and less fog will take away some of the "chill hours" trees need to produce at their best, according to the report.

The study says another important crop in Kern, carrots, don't do well in extreme heat. Although milder winters may be of help, it says, carrots also depend on higher-quality water and lots of it. Neither of those factors are forecast to improve in the coming decades.

Climate change is expected to continue to impact farming conditions in Kern County and its Central Valley neighbors to the immediate north in the decades ahead.

According to a new report, average January temperatures will rise between 7 degrees and 10 degrees. In July, it says, temps will increase anywhere from 9 degrees to 11 degrees by the end of century, "with especially high temperature increases across the eastern mountainous regions of the Southern Central Valley."

Meanwhile, there's expected to be noticeably less precipitation. In the lower elevations, the declines will add up to 3½ inches less rain per year, while in the mountains precipitation will decline by 10 inches by the end of the century, according to the report. By 2090, the region's snowpack will decrease 9 inches in higher-elevation eastern regions, according to the report.

Extreme high-temperature events will increase in frequency, it says, by an additional seven to 10 heat waves per year by 2099.

With climate change will come new varieties of pests, agricultural diseases and weeds, according to the new report.

It predicts warmer spring and fall temperatures will mean pests emerge earlier in the year and hang around longer. It adds that some harmful insects will breed faster during future warm winters.

It's possible the disruption in historical temperature patterns will throw off native bees and other pollinators, the report says.

It also it predicts drought and other climate-change impacts will reduce the amount of habitat available to sustain pollinators.

Delano citrus grower Matt Fisher prefers not to use the term "climate change," and doesn't like debating the topic, but he's thought a lot abo…

A new report by the California Department of Food and Agriculture together with the San Diego-based Climate Science Alliance predicts not just more heat and less water but also greater variability and intensity of both. That suggests the coming decades will bring floods as well as worsening droughts and cold snaps followed by record-breaking heat waves.

Here are some related excerpts from the report:

Wildfire: "While wildfire is a naturally occurring process across Southern California’s landscapes and ecosystems, it is expected that wildfire risk in the coming years will heighten with increased temperatures and dry conditions coinciding with Santa Ana wind events.

Wind: "In addition to fueling many of the region’s large fires, strong wind events can also impact crops both directly through physical damage and indirectly through altered growing conditions and plant processes as well as pollination and fertilization. More research is needed for future projections."