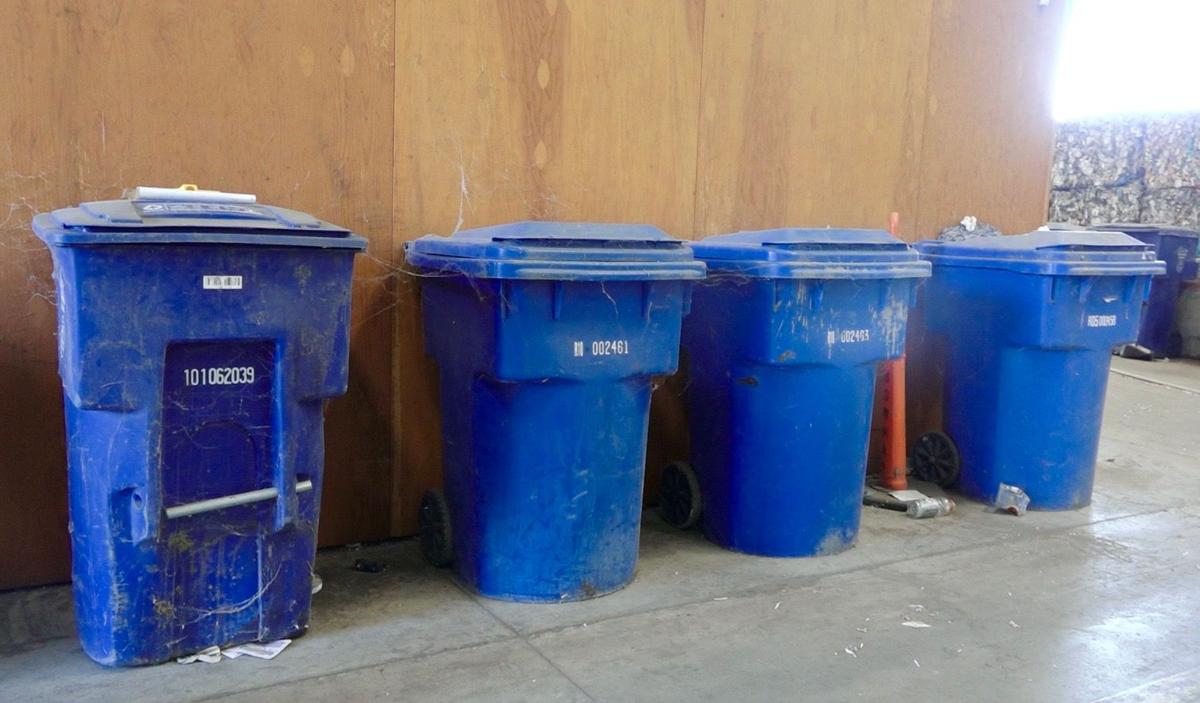 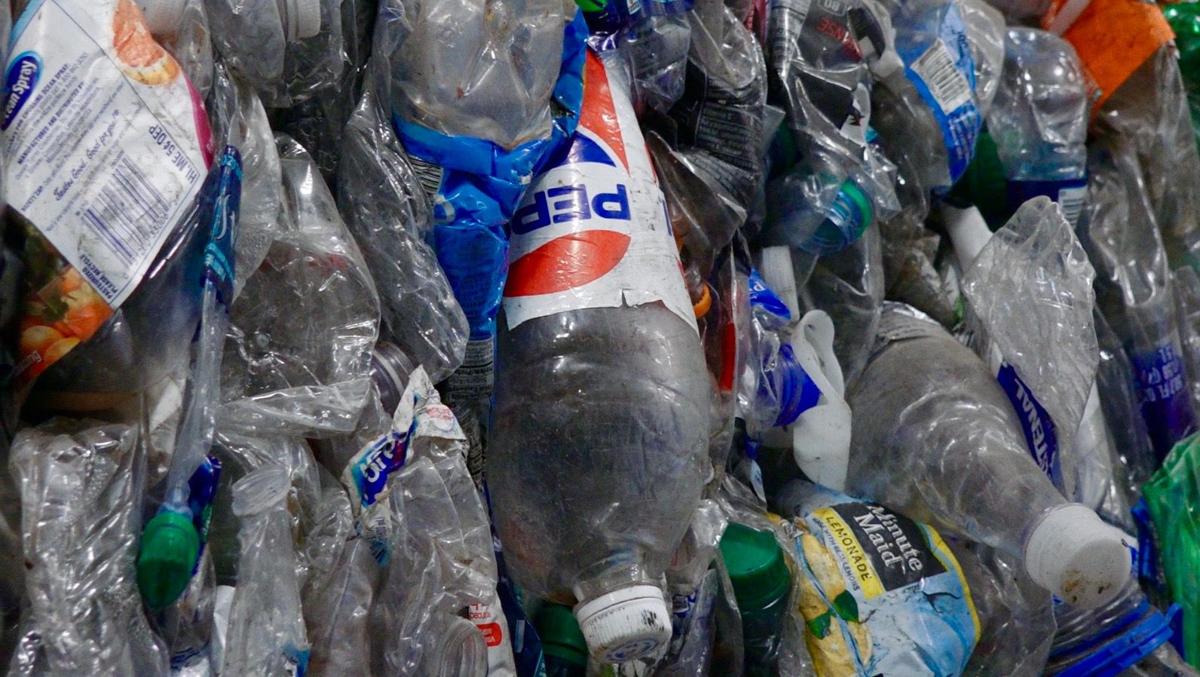 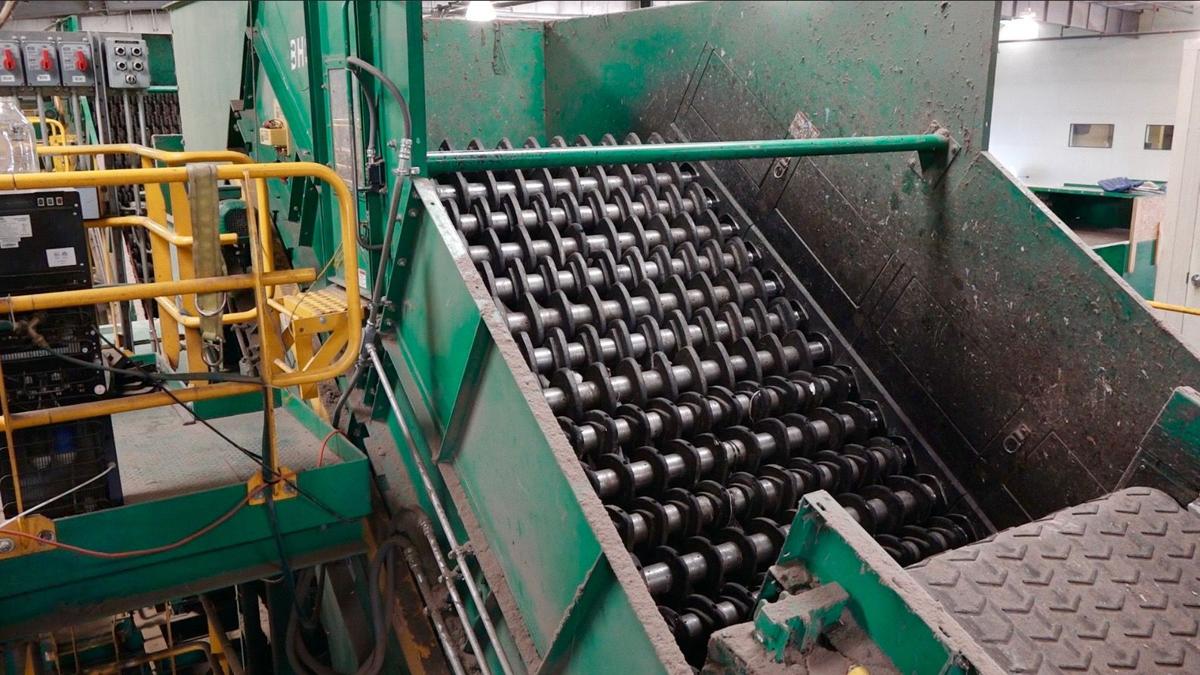 A sorting machine is used to separate recyclable items that come from the City of Bakersfield's blue recycling carts. 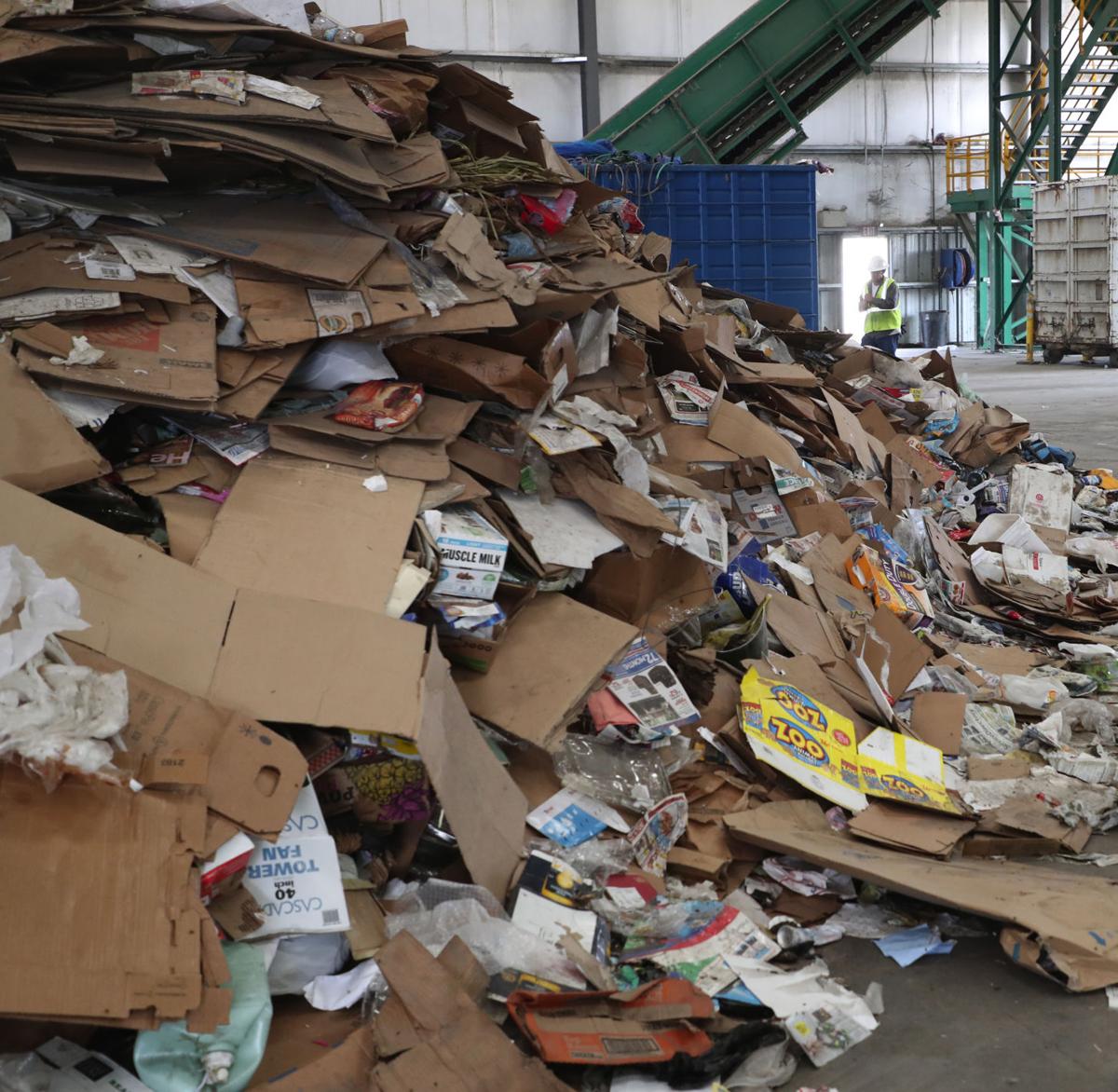 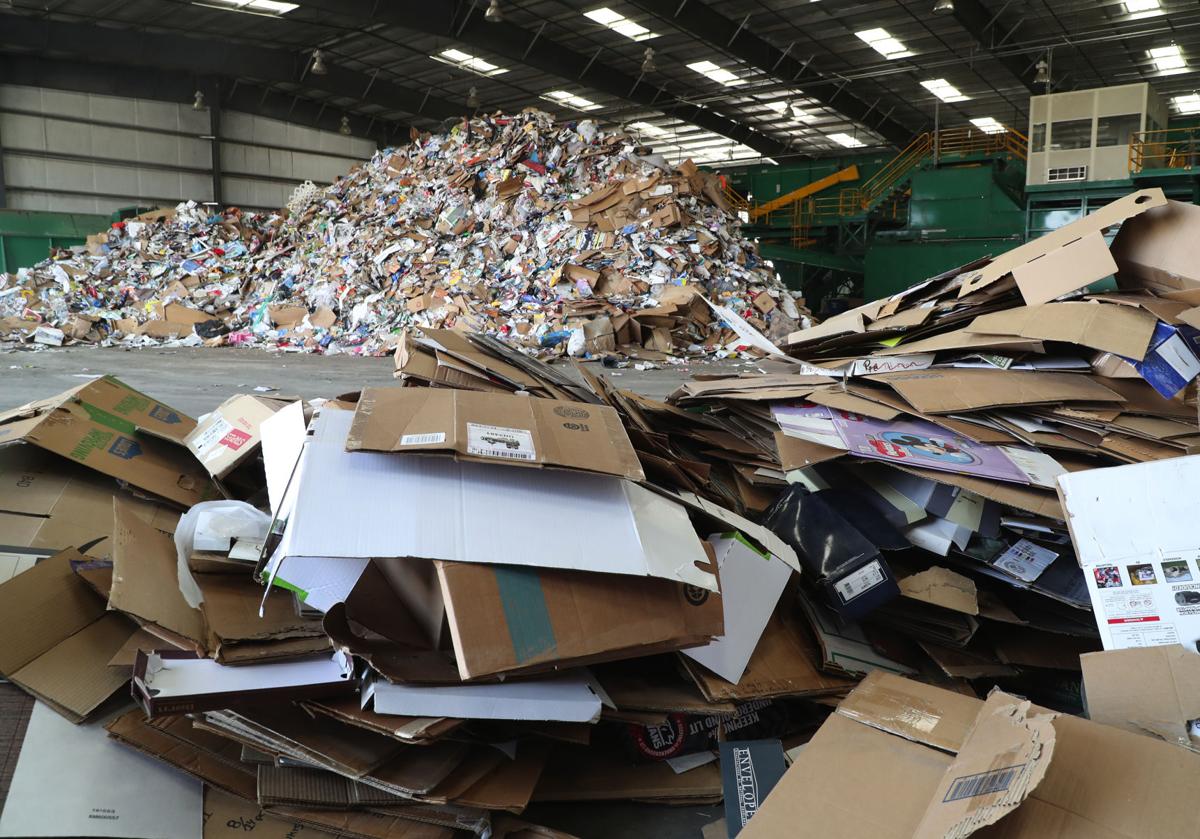 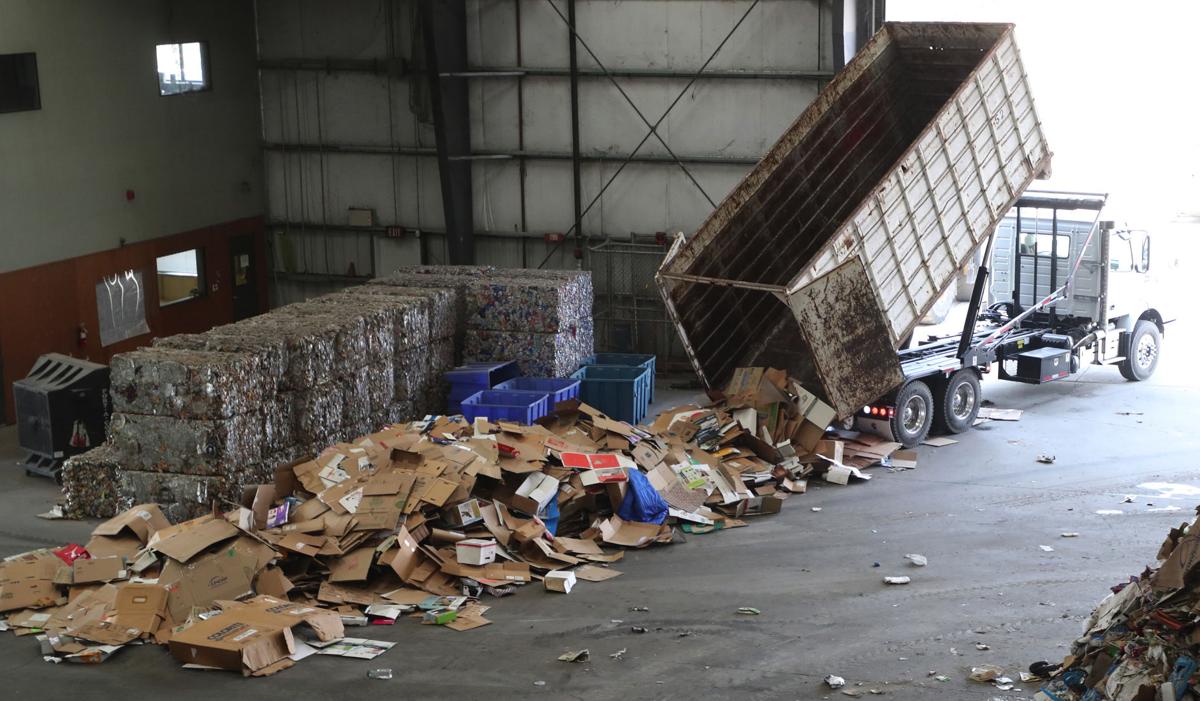 Lots of cardboard is ready to be recycled.

A sorting machine is used to separate recyclable items that come from the City of Bakersfield's blue recycling carts.

Lots of cardboard is ready to be recycled.

Clare Dunphy hates the idea that the effort she puts into sorting her recycling is for naught. Unfortunately, much of it is.

The reading teacher and mother of three dutifully puts things like empty mustard containers and used macaroni-and-cheese boxes into her city-issued blue recycling cart, expecting those materials will stay out of a landfill and ultimately be remade into something useful.

But the odds are against it, owing to a major shift in the global market for recyclables earlier this year. Unbeknownst to her, many of the items Dunphy puts in her blue cart not only end up in a landfill, but they raise costs for the city's heavily subsidized recycling program.

Dunphy had no inkling of this. In fact, when she called the city asking for clarification after reading a story in The Californian last Sunday about what not to recycle, a city representative told her to disregard the published advice and go ahead recycling as directed by instructions printed on her blue cart.

There's no question it would be better if the blue carts received less noncorrugated cardboard and plastics numbered 3 through 7, at least for the time being. But unless the City Council takes action, the city's recycling policy will remain out of step with current market conditions.

The council could take up the matter soon. A public workshop tentatively set for either Sept. 5 or Sept. 19 will provide information the council may use to decide whether to uphold existing recycling policy, get rid of the blue carts altogether or change the directions it gives the recycling public.

The city's solid waste director, Kevin Barnes, sees pros and cons with each of those options. One problem is that launching a citywide informational campaign would cost up to half a million dollars, with no guarantee residents will comply with any new instructions.

His primary concern about asking people to stop trying to recycle things not supported by favorable market conditions is that the situation could change at any time. Eventually it probably will. China took 60 percent of the world's recyclables until recently when it drastically raised its standards for what it will accept from overseas, causing a major dip in demand for what we throw away. Ongoing investment in recycling infrastructure, domestically and in Asia, is intended to pick up the slack eventually.

"You have to ask, what if the market comes back?" Barnes said. "We're in a dynamic time that's continuing to change." He noted that many municipalities across the country have recently opted to discontinue their recycling programs in response to the disruption China has caused.

The disconnect between what Bakersfield residents throw in their blue carts and what actually gets recycled is an expensive one.

Bakersfield contracts the services of two material recovery facilities, also known as MRFs, that accept blue-cart contents, sort them out and try to sell the valuables. At one of them, the Metropolitan Recycling LLC plant on South Mount Vernon Avenue, the share of worthless materials it receives has increased lately from less than 20 percent to about 40 percent, largely because of market shifts.

Two years ago, the city received about a quarter-million dollars per year from the MRFs based on the value of materials in the blue carts. But now revenue has turned to expense as the city pays a rate of about $750,000 per year for the MRFs to find someone to take the materials off their hands under current market conditions.

The situation is a little easier at the MRF run by Bakersfield ARC Recycling. Unlike Metropolitan, BARC uses an innovative program to turn noncorrugated cardboard into compost for use as a soil amendment.

Still, buyers of recyclables have raised their standards for what share of hard plastics — those numbered 3 through 7 — may be included in a bale of used materials. Bales found to exceed the accepted range are worth less, which may mean it costs more to have them hauled away.

This means MRFs have to be more picky about what goes into the bales. In an irony emblematic of the trouble the industry faces, Metropolitan recently had to double to 12 its staff of sorters keeping out unwanted materials, thereby raising its costs as revenues decline.

All of these costs and revenues get reported back to the city, which must increase the money it pays to MRFs. This does not include the almost $4 million per year it costs the city to make blue carts available to residents.

It's important to note that although MRFs have the best perspective locally on what recyclables are actually worth, they have no authority to tell Bakersfield residents what to recycle. That's the council's job.

"Plastic containers numbered 3 through 7 should ... remain a part of the blue cart (program) even though these material fluctuate wildly in price and there are no viable markets currently," Martin Graves, facility manager at Metropolitan Recycling, wrote in an email Monday. He noted that although the company has been unable lately to find an export customer for noncorrugated cardboard, there are some low-price domestic buyers taking the material.

"Leaving these materials out of the recycling equation is a city and county decision," he wrote. Metropolitan "cannot and WILL NOT change what goes in the blue cart. Our local jurisdictions and state laws determine what materials are to be recycled."

Dunphy, an early advocate of Bakersfield's residential recycling program, said she'd be willing to pay extra if that's what it takes to get all her recyclables back into the stream of materials reused by industry.

"We cannot have this plastic and glass and things that won’t break down for thousands of years in our landfill," she said. "So it seems to me, if we’re going to be such incredibly growth consumers, we’re going to have to pay the cost to recycle it."

Changing market conditions have made recycling a money-losing affair for the City of Bakersfield, which contracts companies like Metropolitan …