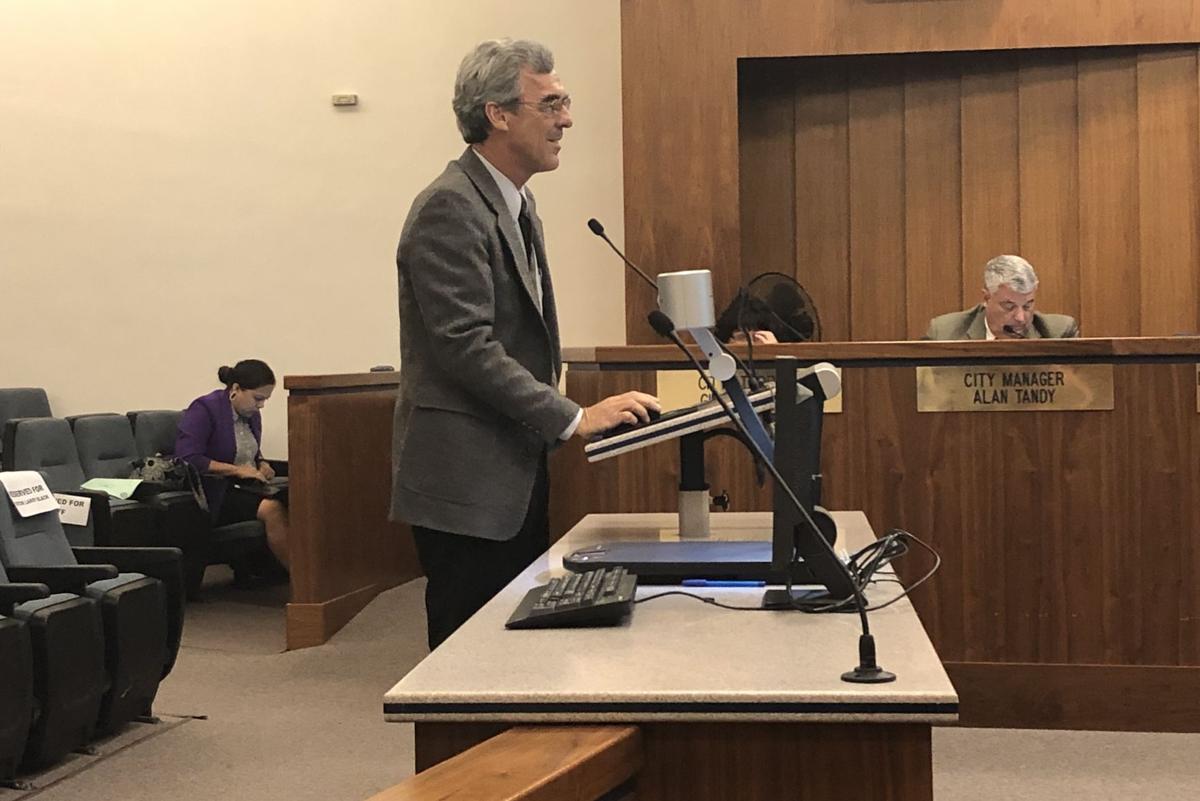 City Solid Waste Director Kevin Barnes gives a presentation to the Bakersfield City Council on the city's recycling program during its Wednesday meeting. 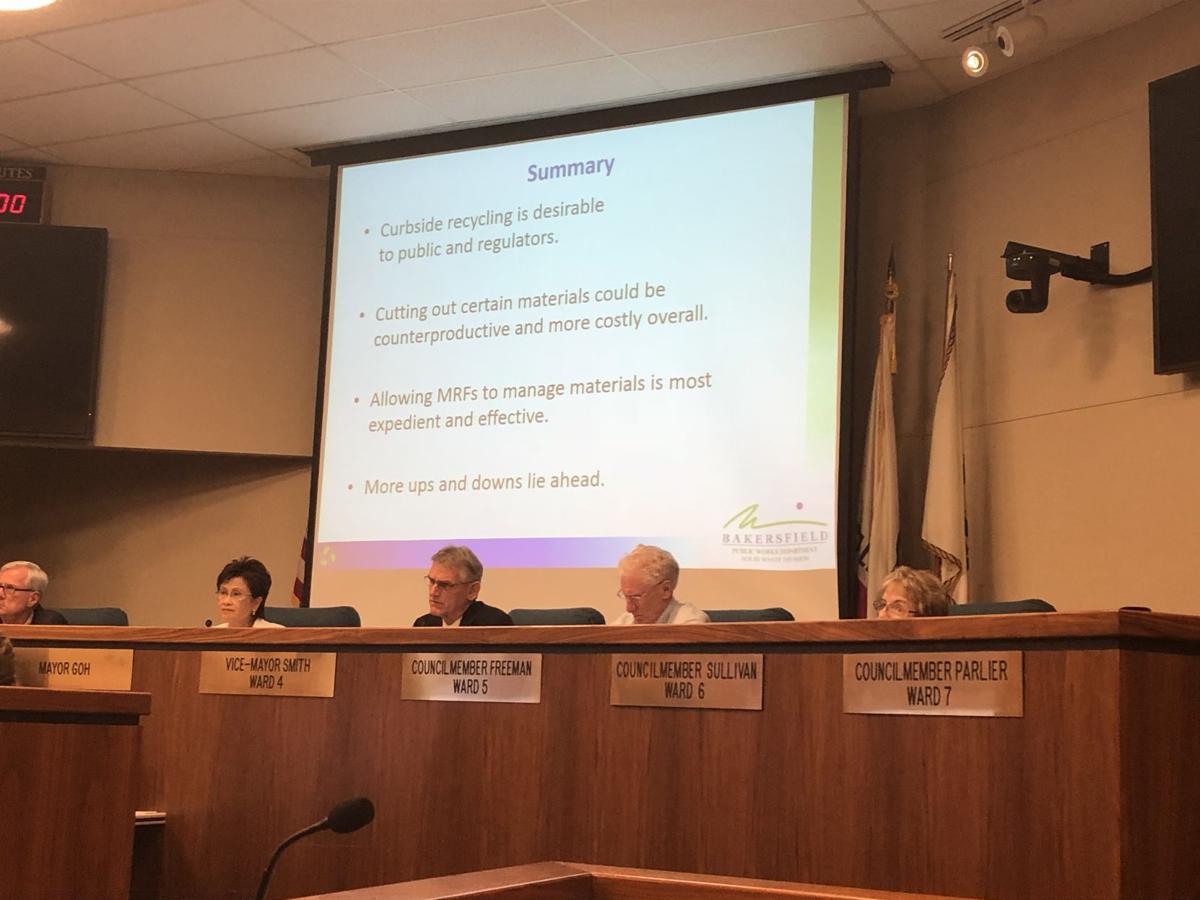 City Solid Waste Director Kevin Barnes gives a presentation to the Bakersfield City Council on the city's recycling program during its Wednesday meeting.

The Bakersfield City Council is getting closer to deciding what is to be done with the city’s curbside recycling program, which is costing the city money due to market changes.

During a Wednesday meeting, Solid Waste Director Kevin Barnes gave the council a presentation on the challenges the city is facing and possible options to address them, including eliminating some materials that aren’t profitable or holding off on any action for the time being to see what happens to the market.

“One thing I can guarantee you is more ups and downs lie ahead,” he said. “I’ve seen this cycle over and over. It is the worst I’ve seen in history, but we do have signs of change coming.”

The city is in the process of re-evaluating its recycling program after the worldwide market crashed in early 2018.

In 2017, the city was getting paid around $25 per ton of material. Now that primary market China has severely reduced the amount of materials it will accept, the city is paying $70 or more per ton just to get rid of the materials.

Estimates at the beginning of the fiscal year put the new cost of the recycling program at $750,000 annually, according to the city.

One of the options Barnes discussed is for the city to weather the storm — to wait and see what happens with the market for a little longer. One possible kernel of hope is some recycling companies could soon be moving out of China.

“There’s lots of news that companies and mills in China that are not able to take that material in are looking to move to other countries to set up shop,” he said. “That’s not an overnight thing. It won’t be a quick change.”

Another possible solution would be to eliminate less profitable recyclables, such as some plastics and glass. While that could eventually reduce costs, Barnes warned it may not be cost-effective in the end.

He said public education alone on the change could cost hundreds of thousands of dollars. Barnes said it could also confuse people about what’s accepted and what’s not.

“You might have conflicting messages, because the blue carts have pictures printed on them of what’s supposed to go in them. If we send out flyers saying ‘Ignore that,’ some people might get confused,” he said.

Barnes said the city would also run the risk of the market bouncing back and having to reverse its message on what recyclables are allowed, which would be costly.

It also wouldn’t help with labor costs, he said, as employees would still be needed to sort through materials.

Lastly, the City Council could consider the nuclear option and eliminate the program entirely. However, Barnes said he wouldn’t recommend that, as it’s still a needed and desired program among residents and businesses.

Councilman Bruce Freeman agreed that it would be a mistake to eliminate the program unless absolutely necessary.

“We’re sending signals about the environment. The cultural value of cleaning up the environment is pretty established here,” he said. “It would be a mixed signal to discontinue something like this unless we really just couldn’t afford it.”

Councilman Chris Parlier asked if some money from the one-cent sales tax measure that voters will consider this November could go toward the program. City Manager Alan Tandy responded saying it would not be a good idea.

“We have pledged that we would adhere to those issues specifically identified in the ballot language and support documents relating to that,” he said. “I don’t believe that would be appropriate. We made a moral promise to the public.”

The measure largely focuses on beefing up police and fire personnel. There is no mention of dedicating any money to enterprise fund operations like the recycling program.

The City Council is set to revisit the issue at its next meeting.

The Bakersfield City Council will hear a report on the state of Bakersfield’s recycling program at a council meeting Wednesday evening.