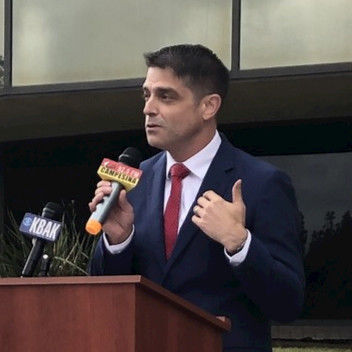 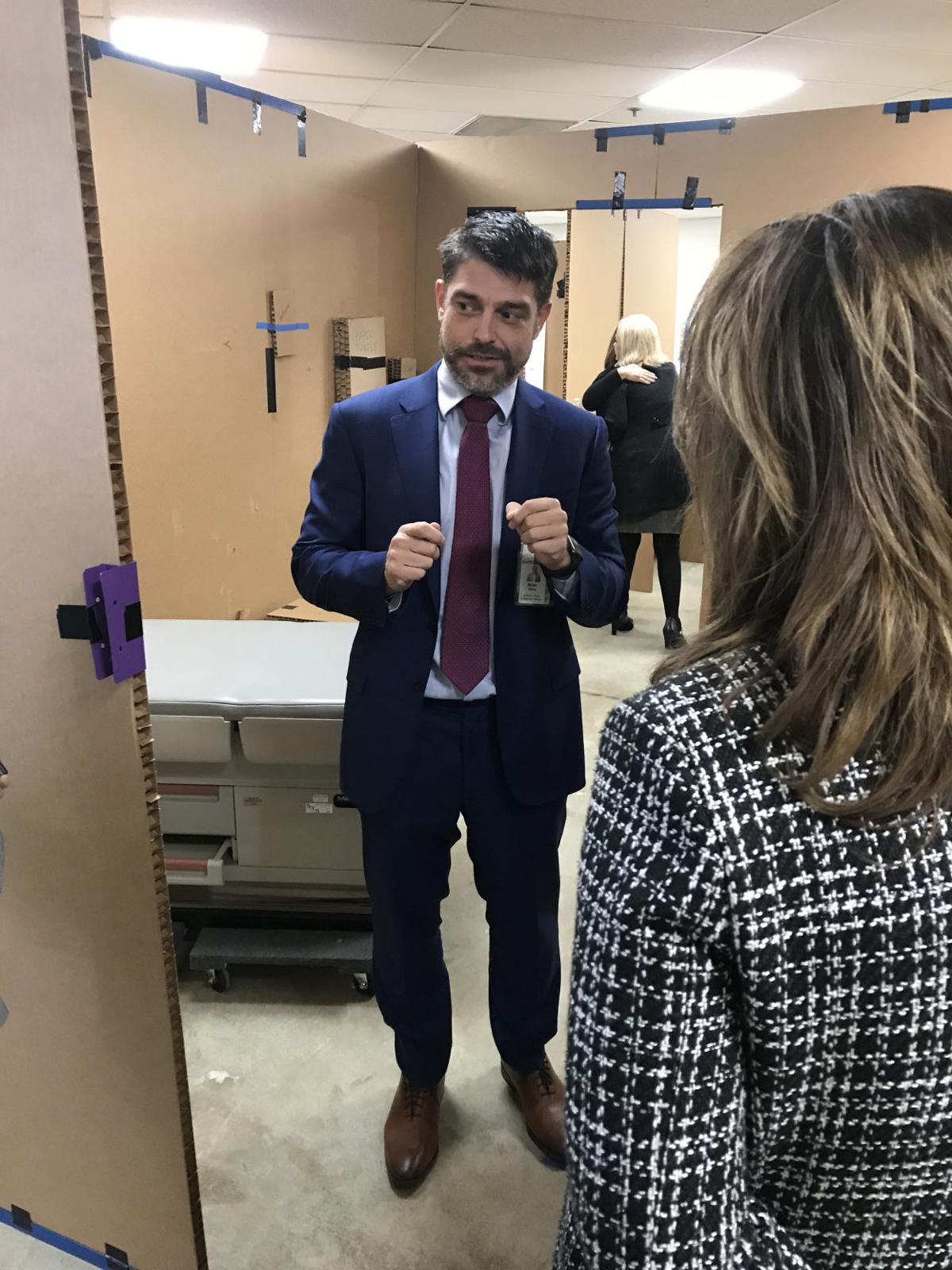 In this file photo from January 2020, Clinica Sierra Vista CEO Brian Harris leads visitors through a cardboard mock-up of an exam room.

In this file photo from January 2020, Clinica Sierra Vista CEO Brian Harris leads visitors through a cardboard mock-up of an exam room.

Brian O. Harris, whose two-year tenure was marked by reductions in Clinica's scope of services and accusations of unlawful discrimination and mismanagement, stepped down Thursday.

No explanation was provided as to why Harris left.

"During his time with Clinica, Brian helped champion the health-care needs for thousands of residents in the Central Valley while focusing on the most under-served in our community," the organization said in a news release. "His efforts, along with our providers, doctors, nurses and support staff have allowed Clinica Sierra Vista to continue to be a leader in healthcare to the most vulnerable among us."

Clinica operates a chain of clinics offering medical, behavioral health and dental services to about 200,000 people in Fresno, Inyo and Kern counties. It was founded in 1971.

The organization underwent changes some considered jolting after Harris took over in January 2018. Some operations were halted and longtime employees were dismissed and asked to sign nondisparagement agreements in exchange for large payouts.

A former board member turned in a letter of resignation in February 2019 complaining Harris had an "incredibly chaotic" and directionless first year on the job, during which major decisions have been made without first consulting the board.

Another board member defended Harris, saying the letter by former board member John M. Means mischaracterized and misrepresented actions taken at Clinica.

Harris also was accused in a lawsuit filed by Clinica's former chief financial officer of discriminating against older workers and promoting younger employees to replace them.

In 2004, prior to his time at Clinica, Harris was a defendant in an employment and sexual discrimination lawsuit when he was CEO of Klamath Open Door Clinic in Oregon. The lawsuit alleged Harris made offensive remarks about women and hired and fired them based on their appearance.

Earlier this spring, Clinica filed paperwork stating it laid off 39 people from 10 locations around Arvin and Bakersfield. That was soon after it let go half a dozen dentists, a pediatrician, a nurse, and other medical professionals and office workers.

Since then, Clinica announced it received more than $3 million from the U.S. Department of Health and Human Services. That was a little more than half the $5.8 million awarded to Kern County health clinics.

This week, Clinica said it moved its Delano clinic to a new location the company says offers easier access to its customers.

Clinica Sierra Vista has moved its Delano clinic to a new location the company says is more accessible to all members of the public.

CS has been a mess for years. My disabled daughter was forced to go un-insured for 2 years before she could be covered as a disabled adult dependent after I had signed up for my Social Security retirement benefits. Being new in town, I asked neighbors and some Kern Regional Center parents which was the best clinic to use. We had been given three choices, and CS was recommended most. Never seen such a mess. If you had an appointment, you had to wait in line to even sign in, and were then given a number. That number just put you in another line that included any walk-ins who beat you there regardless of appointments, so the appointment never meant anything anyway. Of the 3 doctors we saw, only one of them listened to what was told to them, or was interested in the extremely rare condition she had. We finally got assigned to that doctor, but he was only there 1/2 day per week. If you had a broken bone(from two falls at day-care), or an ear infection, we were out of luck as her records never seemed to be available when necessary. Clean? Never. Always crowded as families of at least six usually came to support the sick one. At least my girl had a place to sit, but only because she was in a wheel chair! I sat on the dirty floor many times.

In a community where the local paper publishes, for example, a (retired) judge's view about manners involved in ending a text message, an administrator responsible for overseeing delivering care to the poor stands no chance.