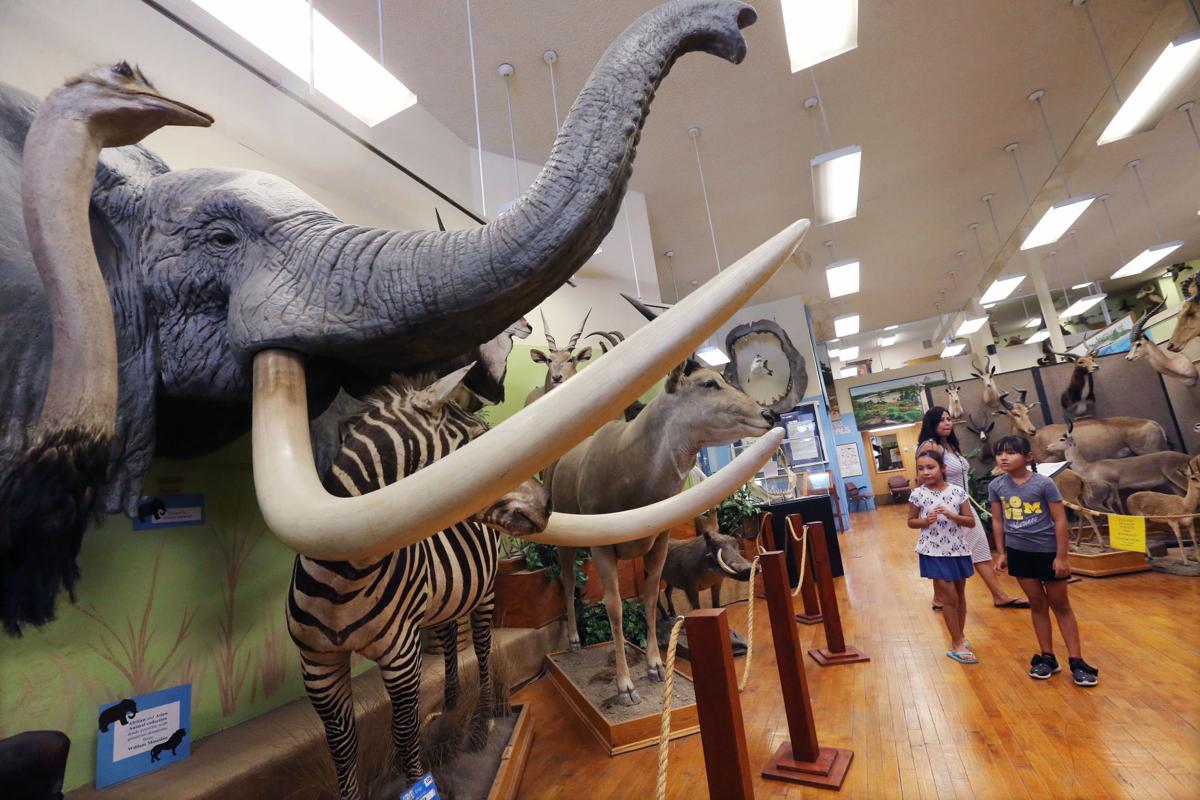 Diana Estrada along with her daughters Breanna and Gracie took advantage of $2 Day at the Buena Vista Museum Thursday. 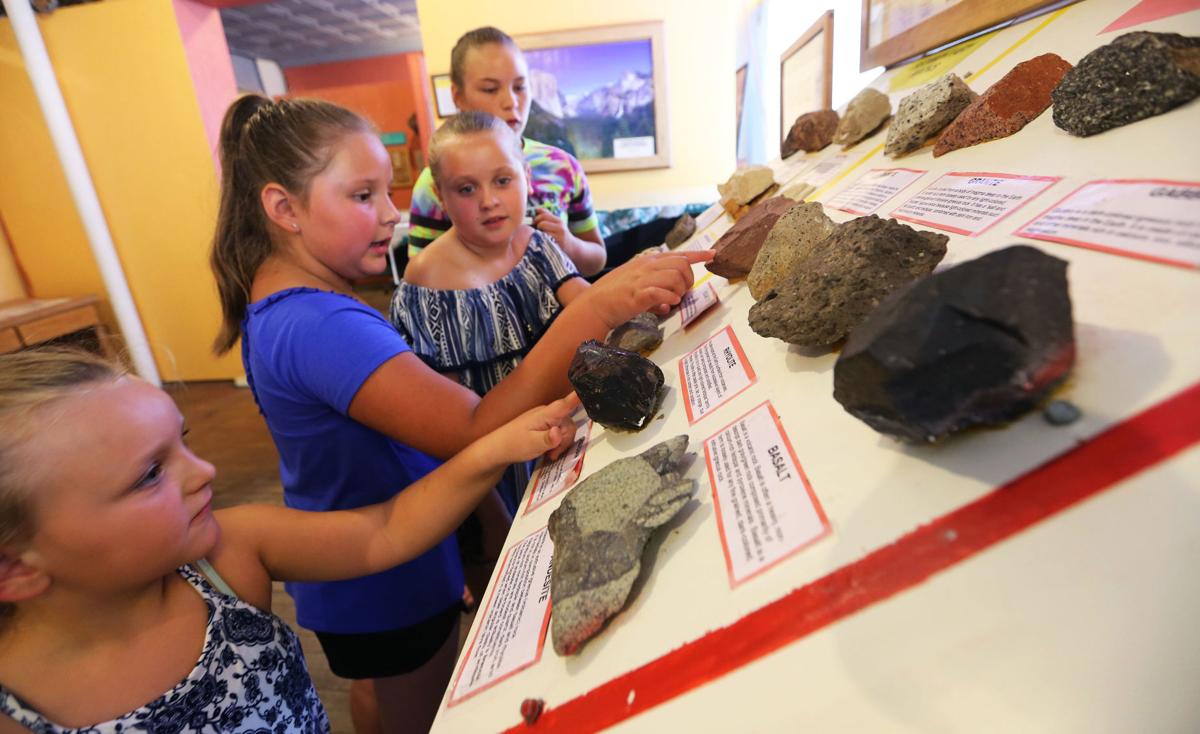 Nolynn Ferguson, 5, along with her family Juluia Minor, 7, Kirra Ferguson, 9, and Gracie Minor, 11, check out sedimentary, igneous and metamorphic rocks during $2 Day at the Buena Vista Museum Thursday. 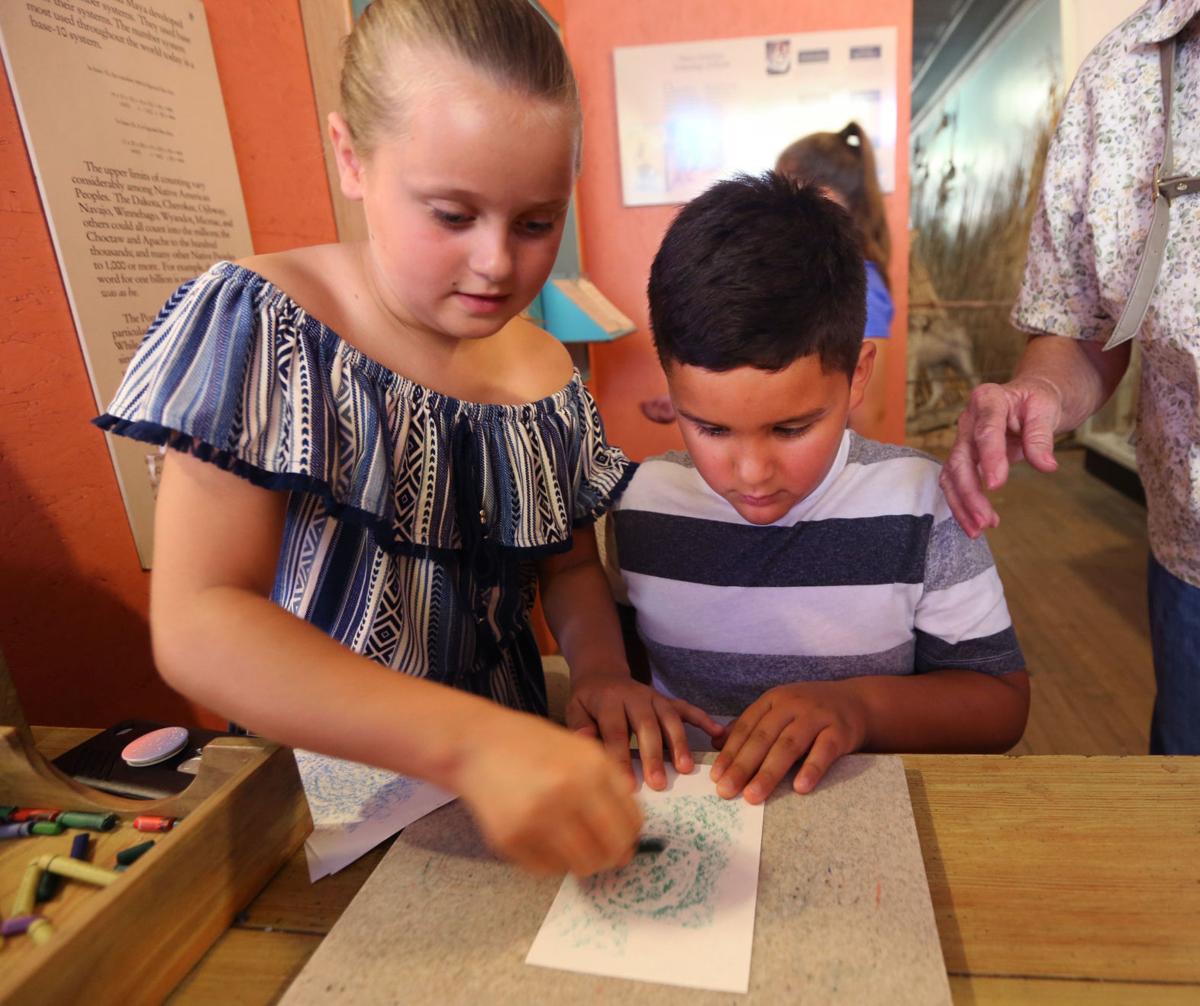 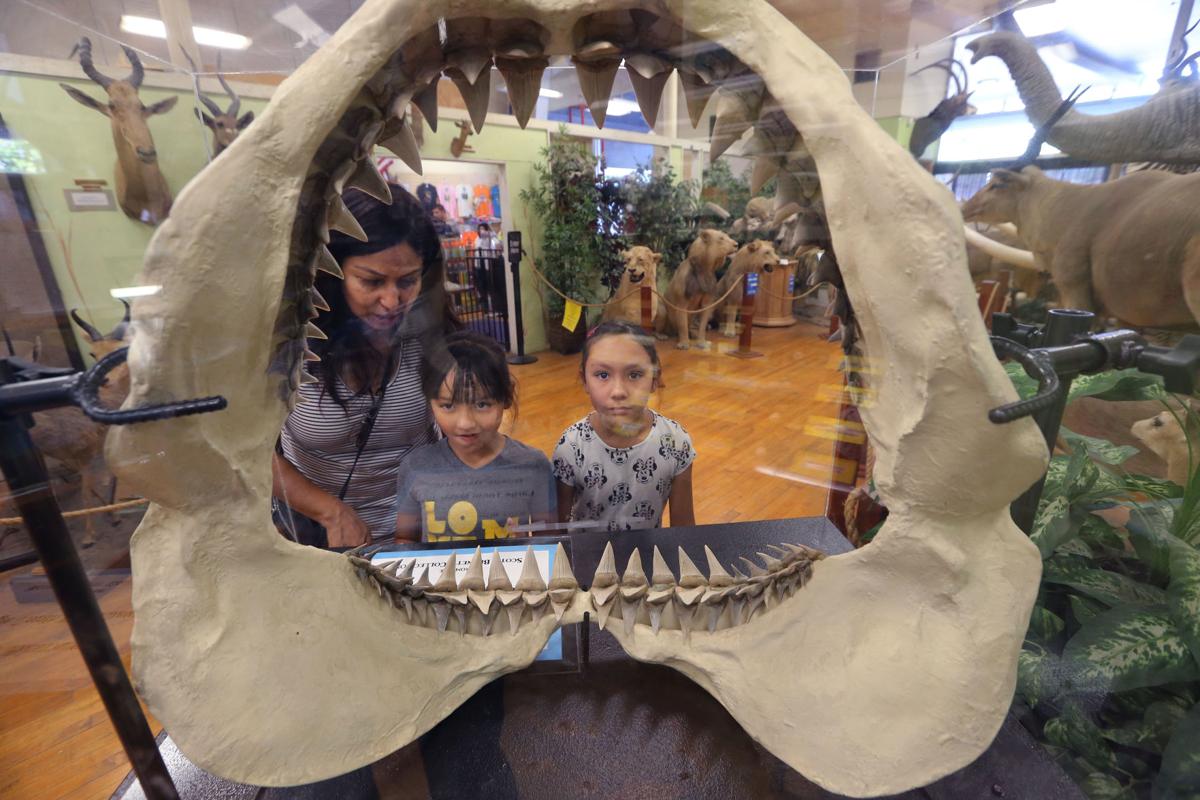 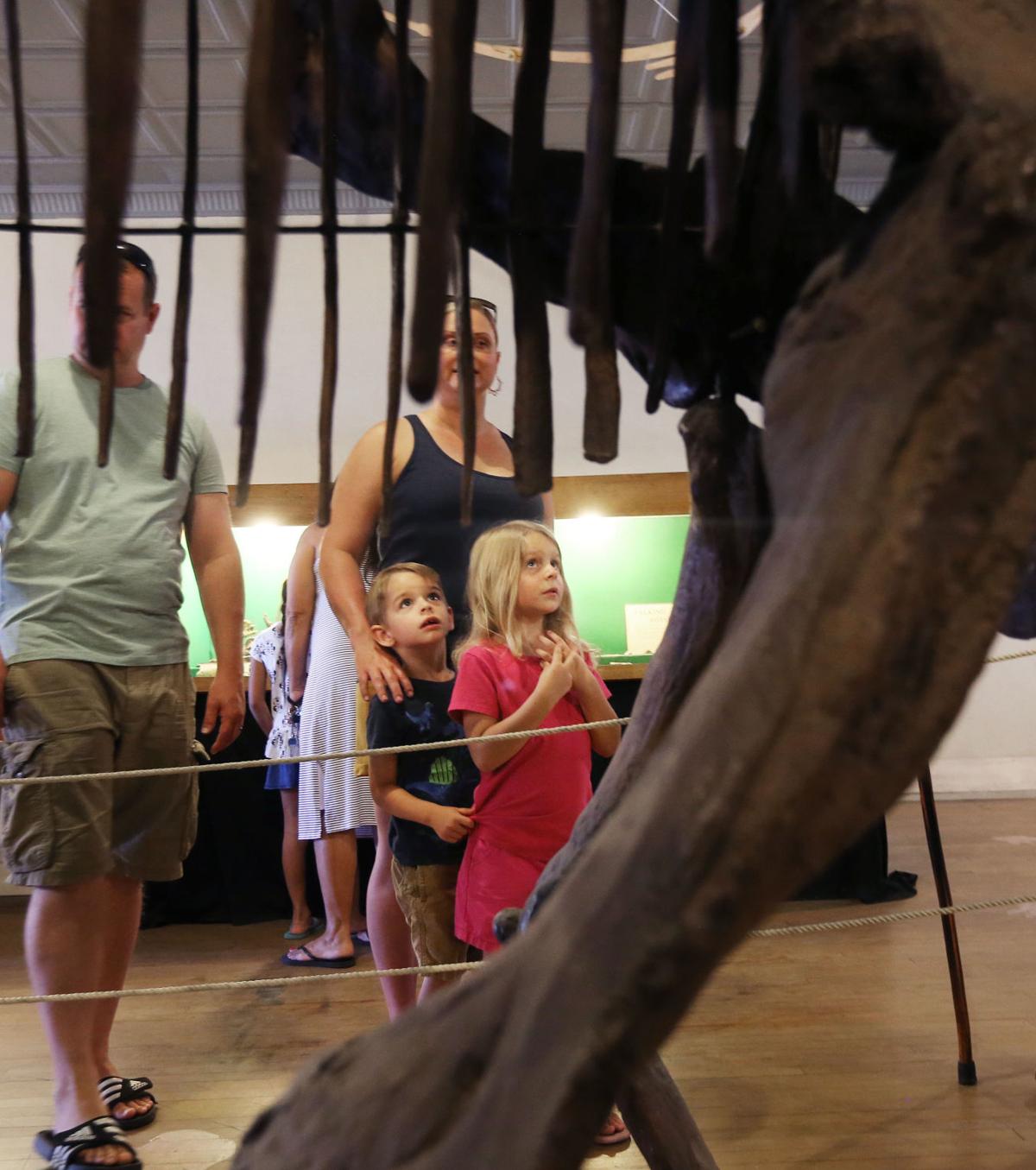 Dawson, 3, and his 5-year-old sister Madison Simmons along with their parents check out a dinosaur Thursday during $2 Day at the Buena Vista Museum.

Diana Estrada along with her daughters Breanna and Gracie took advantage of $2 Day at the Buena Vista Museum Thursday.

Nolynn Ferguson, 5, along with her family Juluia Minor, 7, Kirra Ferguson, 9, and Gracie Minor, 11, check out sedimentary, igneous and metamorphic rocks during $2 Day at the Buena Vista Museum Thursday.

Dawson, 3, and his 5-year-old sister Madison Simmons along with their parents check out a dinosaur Thursday during $2 Day at the Buena Vista Museum.

"The elephant's about to poke you."

"I love megalodons because they have big, long teeth!"

These might be the last words one would ever expect to hear on a Thursday morning, but children could not contain their excitement as history came alive at the Buena Vista Museum of Natural History & Science.

Parents, grandparents and even great-grandparents had an opportunity to get children out of the heat for a few hours as the museum held its monthly $2 Day.

The group's first stop was on the top floor where dinosaurs, marine life, Native American civilizations and minerals all live.

Sal Reyes, a museum docent who grew up on an Apache Tribe reservation in Arizona, stood tall next to a dinosaur's skeleton on display. Stickers on the ground next to the display showed a T. rex's footprints and the distance between each step.

"Do you think you can outrun him?" asked Reyes.

Reyes also explained when the creature ate, it would rip and tear meat with its teeth, which fascinated and delighted Minor.

His friend, Nolynn Ferguson, 5, was not as excited about all of the meat-eating creatures around her.

As the group moved to the Native American exhibit, which features artifacts excavated in the Elk Hills Naval Petroleum Reserve in Kern County, Reyes explained how different tools worked, such as baskets that helped hunters capture fish, and different herbs used to treat ailments.

Other families enjoyed exploring a place dedicated to history and science in the middle of downtown Bakersfield.

"I've never been here before, neither has my boy," said Bakersfield resident Olivia Gonzalez. "When we heard it was $2 Day we were even more ready to come in."

Her 2 1/2-year-old son, Sebastian Tinoco, said he enjoyed the mineral exhibit and gave a thumbs up when asked if he liked seeing dinosaur skeletons up close.

On the lower levels of the museum, attendees got up close and personal with elephants, lions, tigers and deers and also explored what creatures lie in the deep blue sea.

"If you put this seashell up to your ear, you can hear the ocean," said Gracie Minor, 11.

She, her siblings and friends later searched through a sandbox to find hidden shells.

Molly Duran, 9, whose birthday was Thursday, thought of no better place to enjoy her day than at the museum with friends and family.

"I got to see a megalodon and sea lions today," she said.

"She came here with her school in May and ever since she wanted to come back, so we drove all the way from Porterville this morning," said her grandmother Jacquie Farmer.

Whatever reason people choose to visit the Buena Vista Museum, Reyes believes its $2 admission days are a gift to the community.

"This is important because we help with communication and educate young people," he said. "If you don't learn, you'll repeat the past."

The third Thursday of each month is $2 Day for individuals and families only all day. For more information on the museum, visit www.sharktoothhill.org/index.cfm.