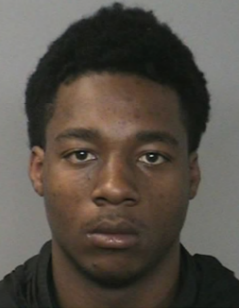 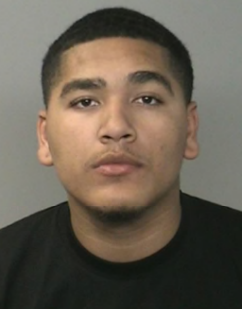 A Kern County jury has convicted two men for a Jan. 30 gang-related robbery.

Vannoy Sutton and Jerry Bowen were convicted of robbery with a firearm committed for the benefit of the Bloods street gang, along with other gang-related firearms charges, on Monday.

According to a news release from the Kern County District Attorney’s Office, Sutton contacted a seller of used video games on the LetGo app on Jan. 30. When the seller arrived at the agreed location, 130 Olive St. in a residential neighborhood, Sutton looked through the video games while Bowen pointed a handgun at the victim’s head and began searching the seller, according to the release.

Sutton and Bowen also searched the seller’s vehicle, the release said, locating a handgun, which the pair stole along with the video games.

Sutton and Bowen were arrested after Bakersfield Police Department officers noticed their vehicle driving the wrong way down White Lane on Feb. 15. A short pursuit ensued, ending when Sutton drove into a dead end, the release said.

Sutton failed to appear for the remainder of the trial as the attorneys were delivering closing arguments in the case, according to the DA, having been previously released after posting $100,000 bail.

“Gang related crime is not limited to inter-gang violence, and the consequences of gang violence are felt throughout the community,” DA Cynthia Zimmer said in the release. “Gang members often commit property and violent crimes to perpetuate a lifestyle that values violence and victimization. Enhancements targeting gang and firearm involved crimes are some of the few options remaining to ensure that gang members who victimize the community receive appropriate sentences.”

Sutton and Bowen face up to 25 years in prison.

Bowen is scheduled for sentencing on Aug. 13.

Sutton will be scheduled for sentencing upon his apprehension.