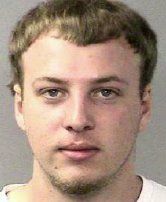 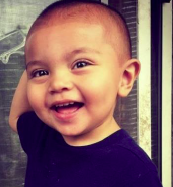 A man wanted in connection with the disappearance of a 2-year-old boy led Bakersfield police on a car chase Wednesday night and escaped from officers after crashing near Calloway and Olive drives.

On Thursday afternoon, the body of a boy was found in the Kern River Canyon during a search by law enforcement held in connection with the case, police said.

An arrest warrant has been issued for Kaleb Kessinger, 20, charging him with homicide and felony child abuse in the death of Ramon Angel Reyes-Chavez, according to police.

Ayled Chavez, 19, the mother of Ramon Reyes-Chavez, was arrested Wednesday afternoon on suspicion of murder, felony child abuse, and conspiracy.

Police said in a news release that detectives had information leading them to believe the child is dead.

Kessinger is described as 6-foot-2, 198 pounds, with blond hair and green eyes.

Anyone with information regarding this case is asked to call the Bakersfield Police Department at 327-7111.

Mother told police 2-year-old's death was an accident, report says; she and boyfriend plead not guilty to murder