A shoulder-to-shoulder crowd gathered in the middle of the parking lot of the Kohl's department store on Gosford Road last week. Several people in the crowd participated in illegal street racing that night.

The Westside Parkway has been a common spot for street racing in the evenings. 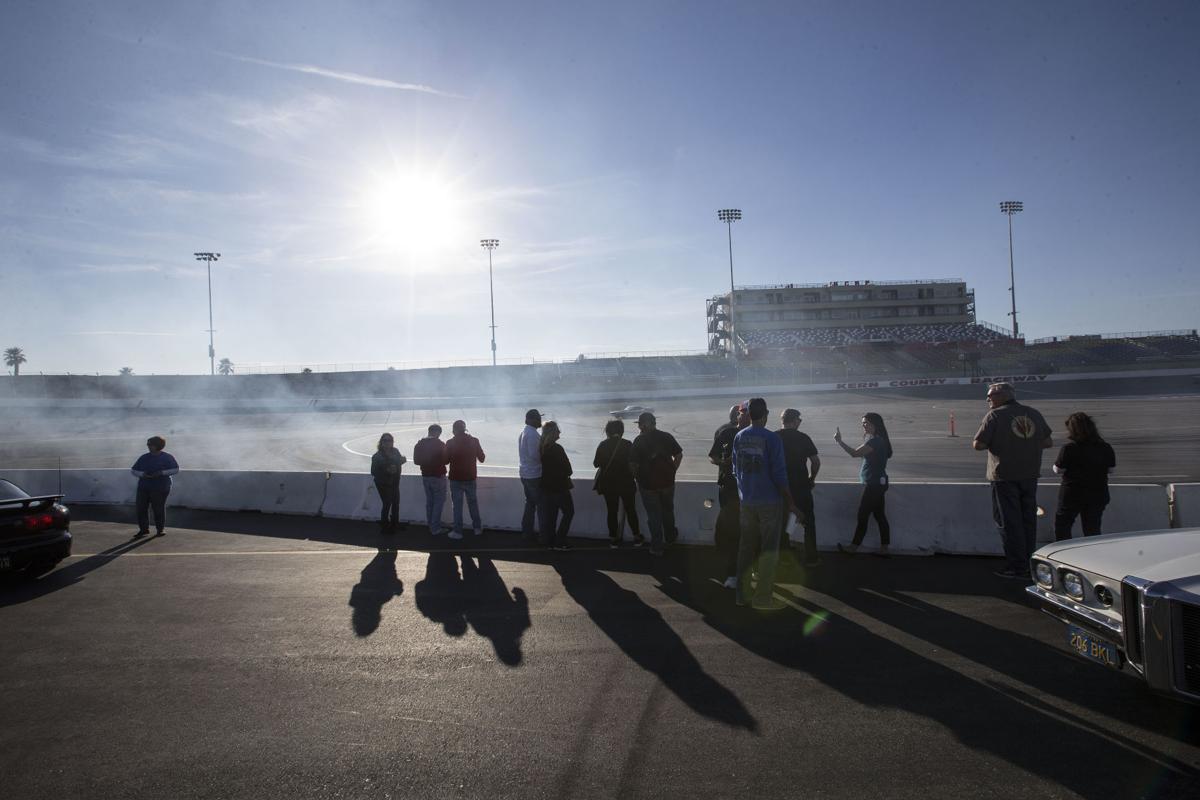 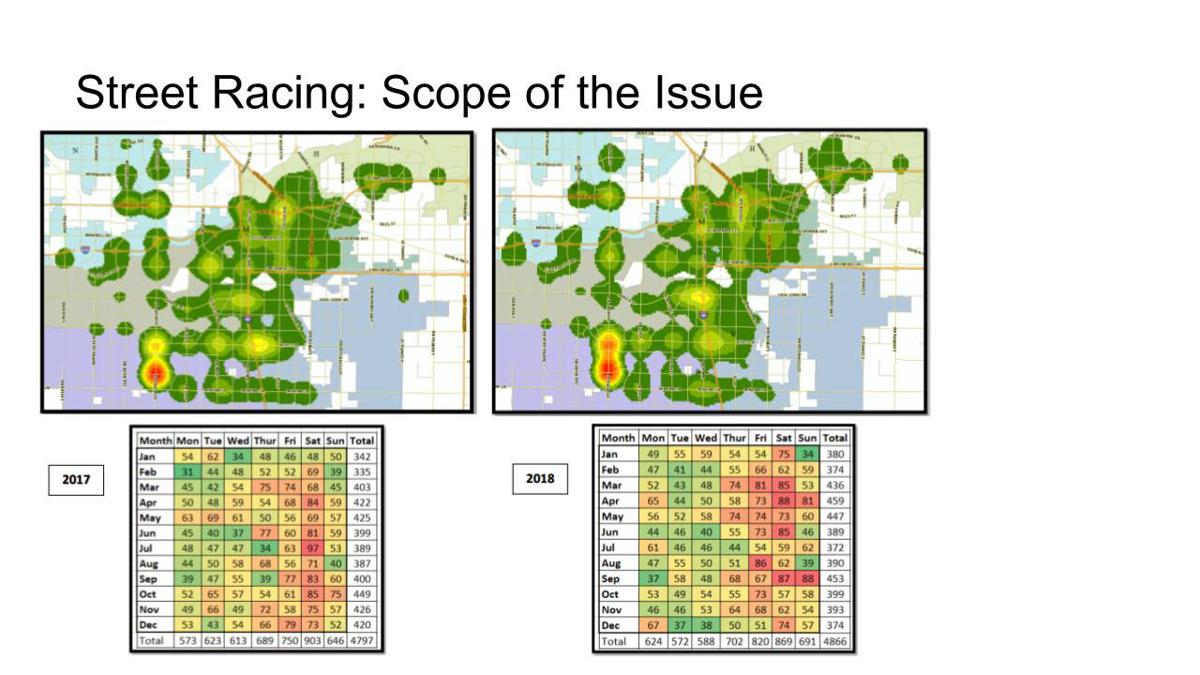 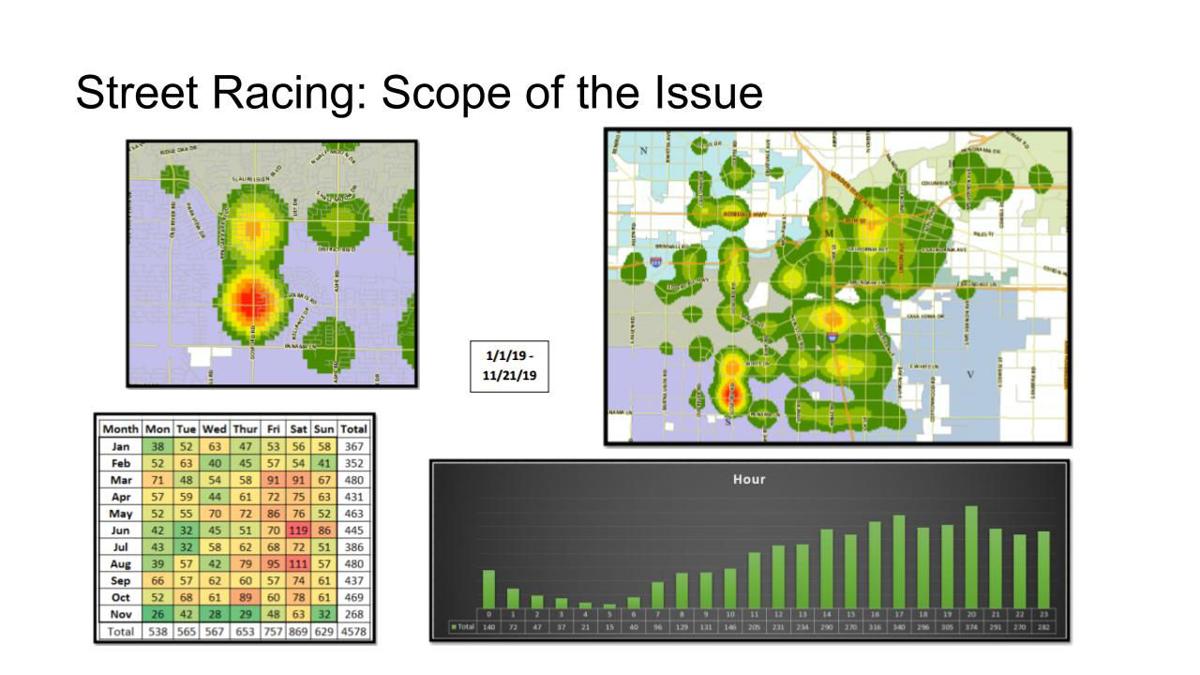 A shoulder-to-shoulder crowd gathered in the middle of the parking lot of the Kohl's department store on Gosford Road last week. Several people in the crowd participated in illegal street racing that night.

The Westside Parkway has been a common spot for street racing in the evenings.

Thermometers and some speedometers have had similarities of late.

Illegal street racing has reemerged as a prevalent issue throughout Kern County and local law enforcement agencies have resumed enforcement, which was briefly disrupted by COVID-19 precautions.

Last weekend CHP made 27 racing-related enforcement stops, handed out 15 citations for moving and equipment violations, made two arrests for DUI, and impounded one vehicle in their Kern County and Bakersfield jurisdictions.

While much of the street racing attention has been focused on southwest Bakersfield and then throughout the city, Rodriguez said rural street racing activity is nothing new.

“Some of these incidents are taking place on state routes, but a majority of them are happening way out in a remote area on a two-lane roadway,” Rodriguez said. “(Street racers) start in the city and branch out to (rural areas), depending on the enforcement BPD is putting on, it sort of will chase them into rural areas.”

“The traffic backup it caused was so bad that our officer couldn’t even make it up to the scene,” Rodriguez said.

In early May, Bakersfield Police Department Sgt. Nathan McCauley said BPD was unable to perform any major street racing enforcement operations since the COVID-19 pandemic struck. The past two weekends, however, BPD has made at least 42 related traffic stops, given out 23 citations and impounded 11 vehicles.

The Kern County Sheriff’s Office has not been involved in the recent street racing crackdown, according to KCSO spokesman Lt. Joel Swanson.

“We rarely do street racing enforcement. CHP takes up most of the enforcement in the county areas,” Swanson said. “If we see it occurring, we’ll take action.”

In February, discussions were underway to create sanctioned events for street racers at Kern County Raceway Park. Talks were between the raceway, law enforcement and Bakersfield City Councilman Chris Parlier.

As of Tuesday, Parlier said those conversations continue.

“The raceway is still one of the things we’d hope to be able to put in place,” he said. “(BPD Chief Greg Terry) has talked to the raceway. It’s really more of a matter when the raceway will be able to host these types of events again (due to COVID-19).”

McCauley doesn’t know where the raceway stands in terms of hosting sanctioned events, but said as long as health restrictions remain in place, there probably won’t be any solutions soon.

Both McCauley and Rodriguez emphasized the hazard street racing poses to participants and unsuspecting motorists. BPD street racing enforcement operations were renewed in November, coinciding with the death of Maria Blaney Navarro, the victim of a street racing incident on Old River Road.

“It’s incredibly dangerous for the motorists that come onto the scene (unsuspecting),” Rodriguez said. “A lot of people don’t realize how dangerous it is. (CHP) tries to make (the danger) clear; even onlookers can receive tickets.”

You can not call it illegal street racing ! You have to call it undocumented street racing. We wouldn't want to make the liberals unhappy with the word " illegal ".

Lock 'em up, crush their heaps into cubes of metal and make 'em pay financially for the damage and trouble they cause. They risk lives with their recklessness. Pure ignorance. Perhaps if they had something to do - like maybe a real job - they wouldn't have the time or energy to race the night away.