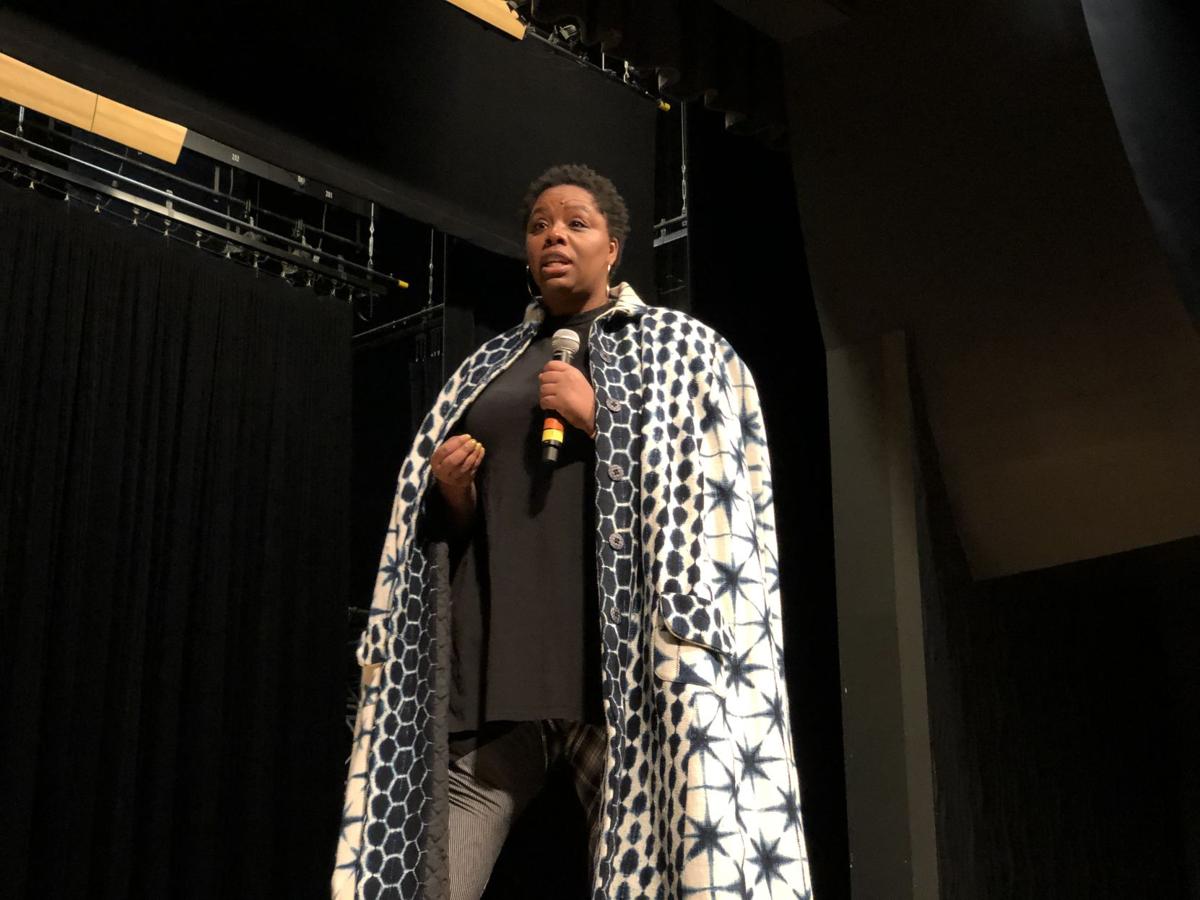 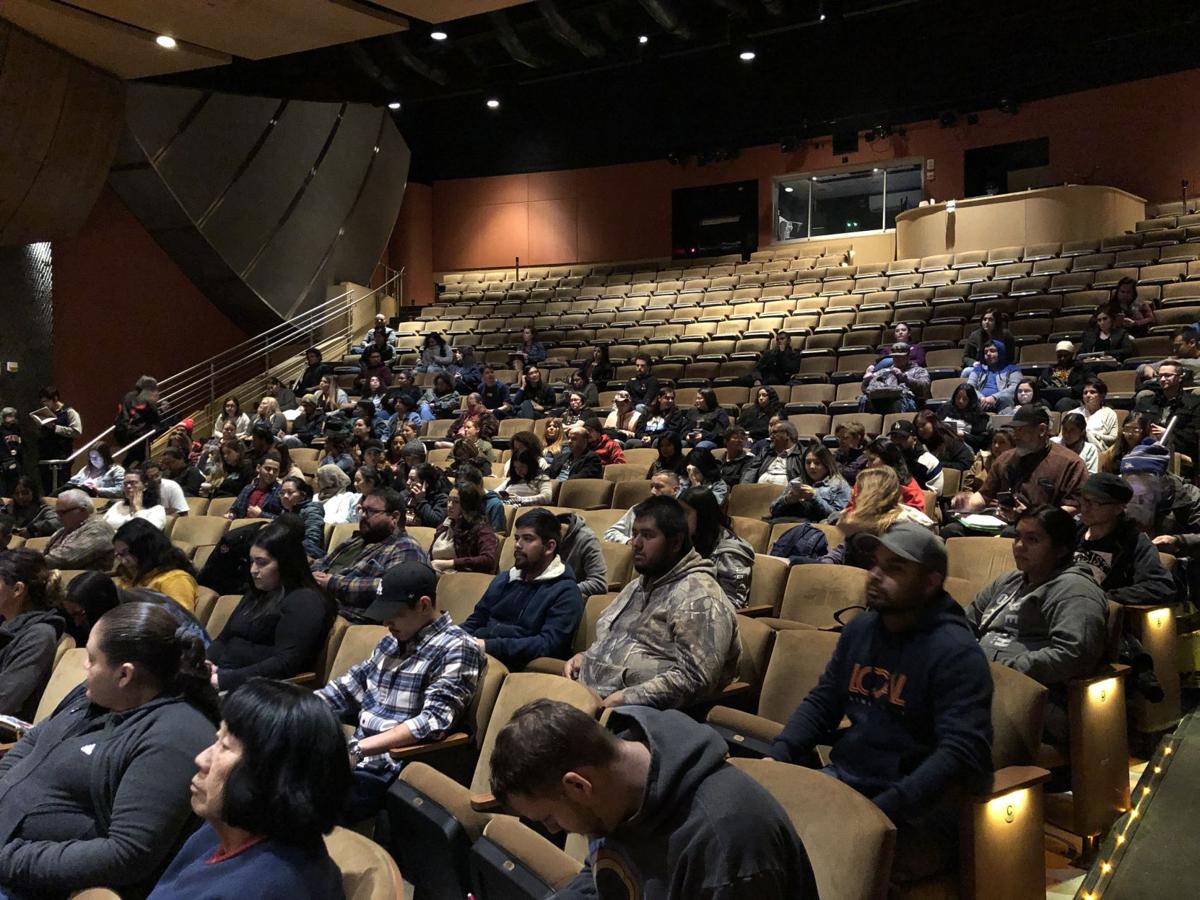 Patrisse Khan-Cullors' life has always swirled around activism one way or another.

Growing up in Van Nuys, she got a front-row seat to the war on drugs and gangs and seeing a heavy police presence in her community, which impacted how she understood safety.

She also spent quite some time in her life visiting her father, brother and uncle when they were in state prison, which ultimately is the reason she became an activist and began encouraging others to become organizers themselves.

"See yourself as someone that's able to change the material conditions you're living in," she said to a room of more than 100 audience members Thursday on the campus of Bakersfield College.

Cullors, the co-founder of the viral Twitter hashtag #BlackLivesMatter movement, visited BC students and community members to share moments from her activism life that ultimately led her to a global stage, as part of the college's Distinguished Speakers Series.

#BlackLivesMatter is a member-led international organization that looks to build local power while intervening against violence and systematic racism it sees against the black community, according to its website.

Police harassment, over-policing and young people going to jail and prison were common sights in Van Nuys, Cullors explained. It was a confusing time for her because the people the media was labeling "as the most dangerous human beings in the whole wide world that need to be locked up and taken away from the community" were the people in her community that she felt the safest around.

As incarceration rates increased — and those who are homeless, mentally ill or with drug dependency making up a majority of those in prisons or jails — she decided to take action.

One way was by spending all of her 20s and early 30s fighting to stop the construction of a "mental health jail" in Los Angeles County, she explained. It was a movement that began with a dozen people and eventually grew to more than a million. In the end, the organizers were successful in stopping the construction.

It might be a different issue, but she believes local individuals can do the same to help those who are not championed or supported in Bakersfield.

Bakersfield College student Yadira Peraza came out to Thursday's event because "I've always been interested in how community and society work together." Though she hasn't been following Cullors' career or #BlackLivesMatter much, Peraza thought it was beneficial to learn more about her side of various issues.

A short question-and-answer session followed where Cullors was asked about her stance on detention centers and private prisons, where is the best place to begin organizing and what challenges she has faced as an activist. Being labeled a terrorist by the U.S. government was a moment to remember, she said, but in years since #BlackLivesMatter became a household name, death threats and other negative occurrences have subsided.

For those looking to get involved locally, she suggested they find an organization that closely aligns with their values, start volunteering, begin a collective, hold conversations or town hall meetings around local issues, or even start their own organization.

Patrisse Cullors has a very impressive wiki page...kudos to everyone who is able to change the world for the better