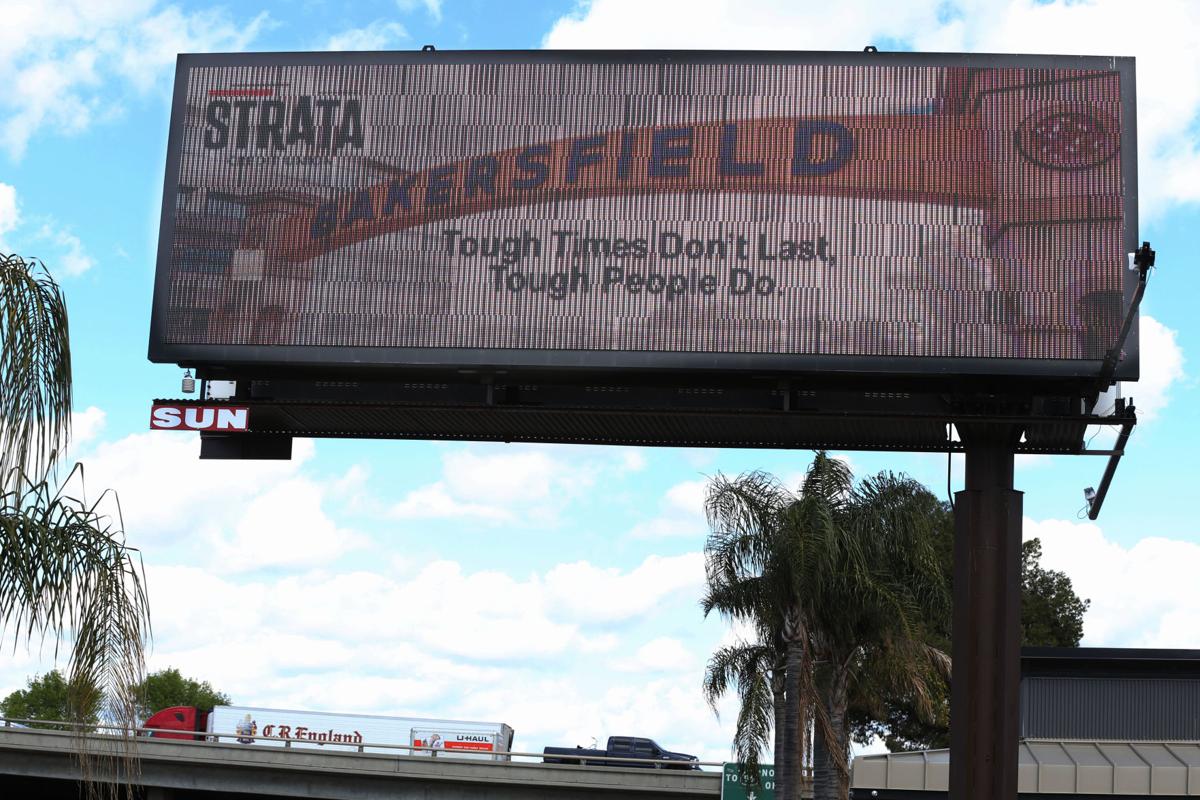 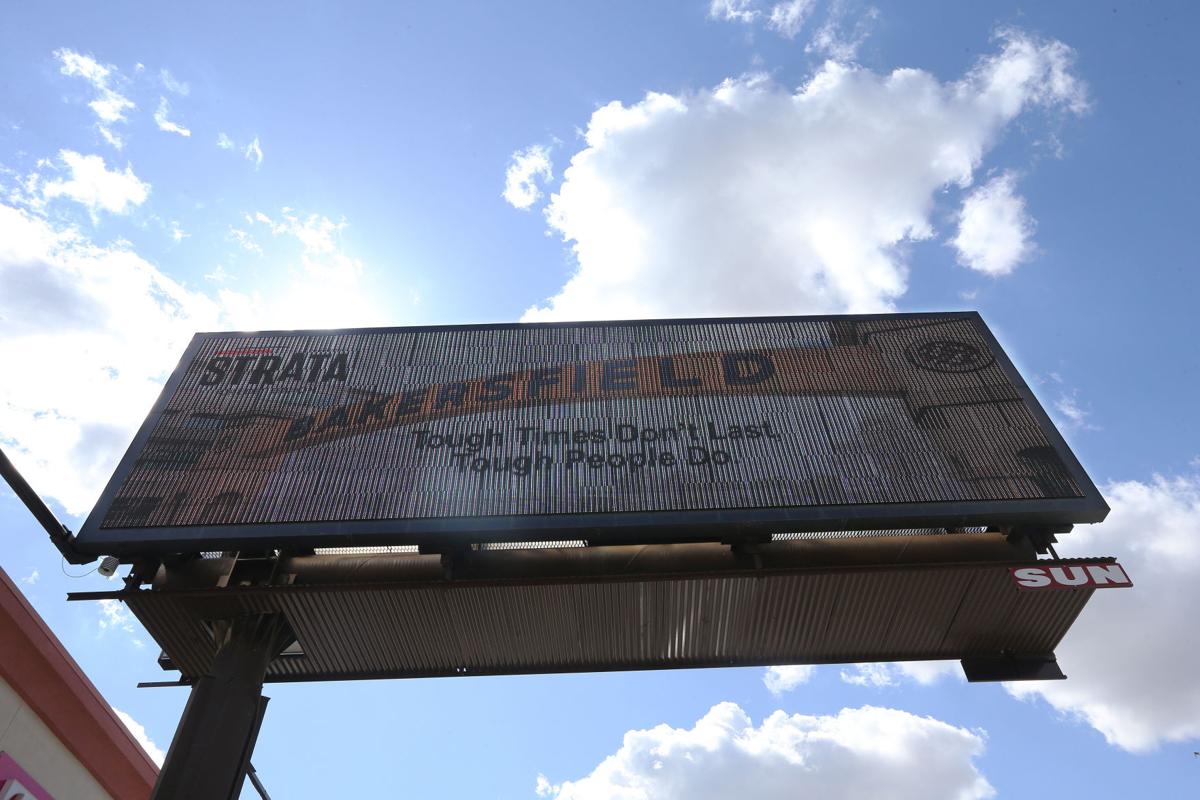 Free checking and cash rewards are great, but if you've leased space on digital billboards across town at a time like this, isn't there another message more pressing to share with the people of Bakersfield?

On the day before St. Patrick's Day, just as concerns were rising locally that the new coronavirus was about to spread in Kern County, Strata's marketing team scrambled to have the billboards reprogrammed as a way of providing a modicum of encouragement.

By the next morning, no fewer than 19 brightly lit billboards were telling people something that had little to do with opening new accounts and a lot to do with instilling community confidence.

The billboards are the latest signs of hope in a city that prides itself on resilience and support for community.

On Monday, the Bakersfield Marriott at the Convention Center did its part to lift spirits during the pandemic. It left certain room lights on to spell out the word "HOPE" for people viewing the hotels' south-facing side.

The move followed numerous acts of goodwill, including generous donations, by local businesses, government agencies and nonprofits. But few are as visible or intangible as Strata's billboard messages.

"I personally think it's great," said the president and CEO of the Greater Bakersfield Chamber of Commerce, Nick Ortiz.

"We really do come together when times are tough," he added. "We have the ability to work through this."

Strata's marketing manager, Michelle Garland, said the credit union chose to switch out the digital campaign's messaging because the times seemed to call for optimism.

It didn't cost anything extra because Strata had already leased space on the billboards, she said. Of course, it did mean abandoning their earlier text, but she said people probably weren't focused on their banking options anyway.

"Really, it was (that) we just wanted to put something positive up there," she said, "Everyone’s experiencing this at the same time and every day it’s all unfolding."

The message is visible on electronic billboards as far south as Panama Lane, north to Merle Haggard Drive, west to Coffee Road and east to Fairfax Road.

Once images of the billboards showed up on social media it became evident viewers were responding enthusiastically, Garland said. It has garnered some 20,000 "likes" and 350 shares, she said.

She was unaware of a similar marketing campaign in times past. Then again, she said there hasn't been a phenomenon like what the community is going through now with the pandemic.

"I’ve witnessed tough times before but this one was just so far-reaching," she said. "We’re all fighting with this one."

STORIES OF A COMMUNITY COMING TOGETHER

When crisis hits, Kern County comes together. Many say it's what we do best. The Californian wants to share the stories of local people helping others during the coronavirus outbreak. Have a good story? Email us at local@bakersfield.com.

Staff at the Bakersfield Marriott at the Convention Center needed hope just like everyone else during the coronavirus pandemic.

didn't Rob write those words right before this happened? .... "Final years and death[edit]

On October 18, 2010, Coleman announced that the Crystal Cathedral was seeking bankruptcy protection, in the midst of what became known as the "Great Recession".[21]

In May 2011, the senior Schullers, along with their daughter Carol and her husband, Tim, were dismissed from the ministry at the Crystal Cathedral.[citation needed] They filed for bankruptcy. The court would eventually allow them approximately 20 percent of what they were owed.[22] The creditors would be paid in full plus interest. In July 2011, it was reported in the Orange County Register that Schuller had been ousted from the Crystal Cathedral board.[23] In July 2011, Coleman attempted to reverse the decision that had been made in her absence, saying, "Dad will continue to provide leadership for this ministry through me for as long as possible", and, "I have and will continue to defer to his wisdom and honor him for his unprecedented accomplishments".[24] "

It’s easy to cut and paste from Wikipedia, yet, you still fail to post anything intelligent. Your mantra must be, “Trying is the first step to failure.”