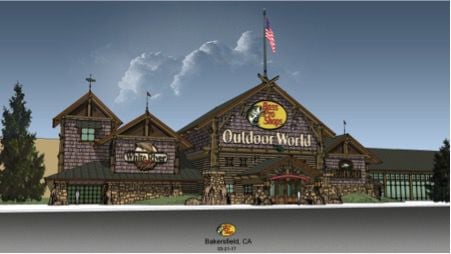 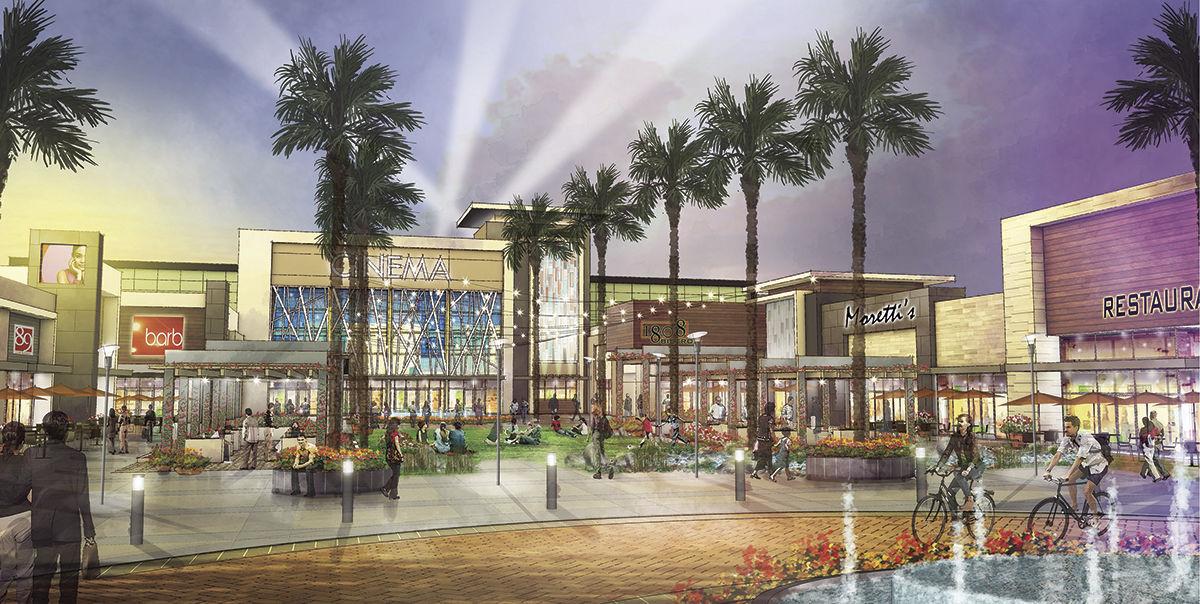 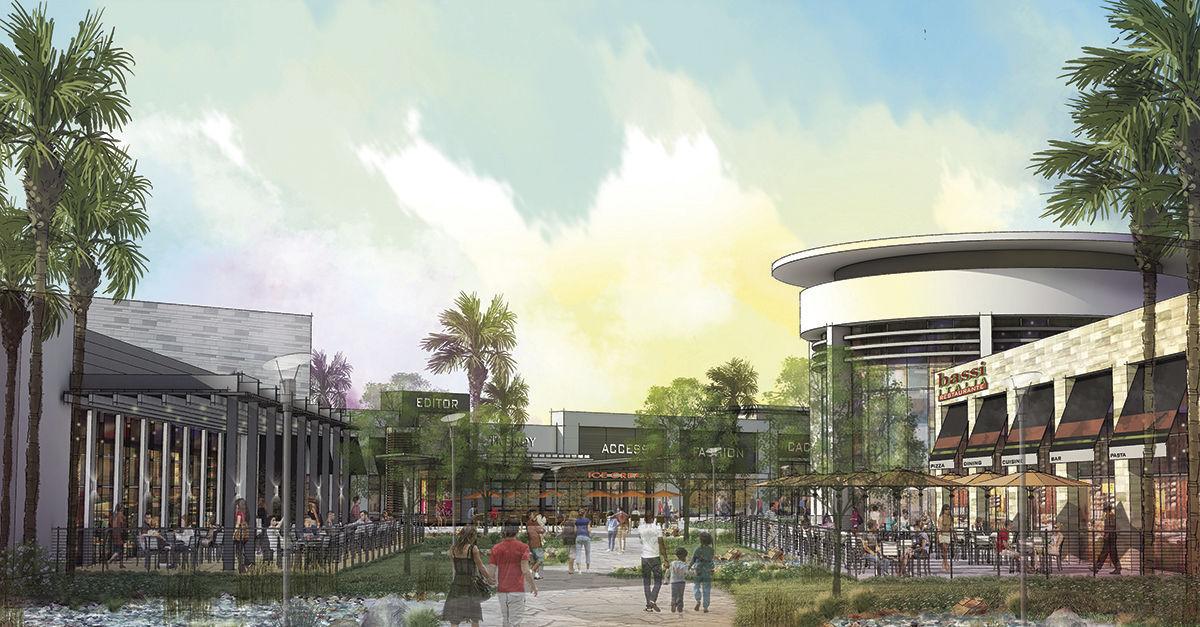 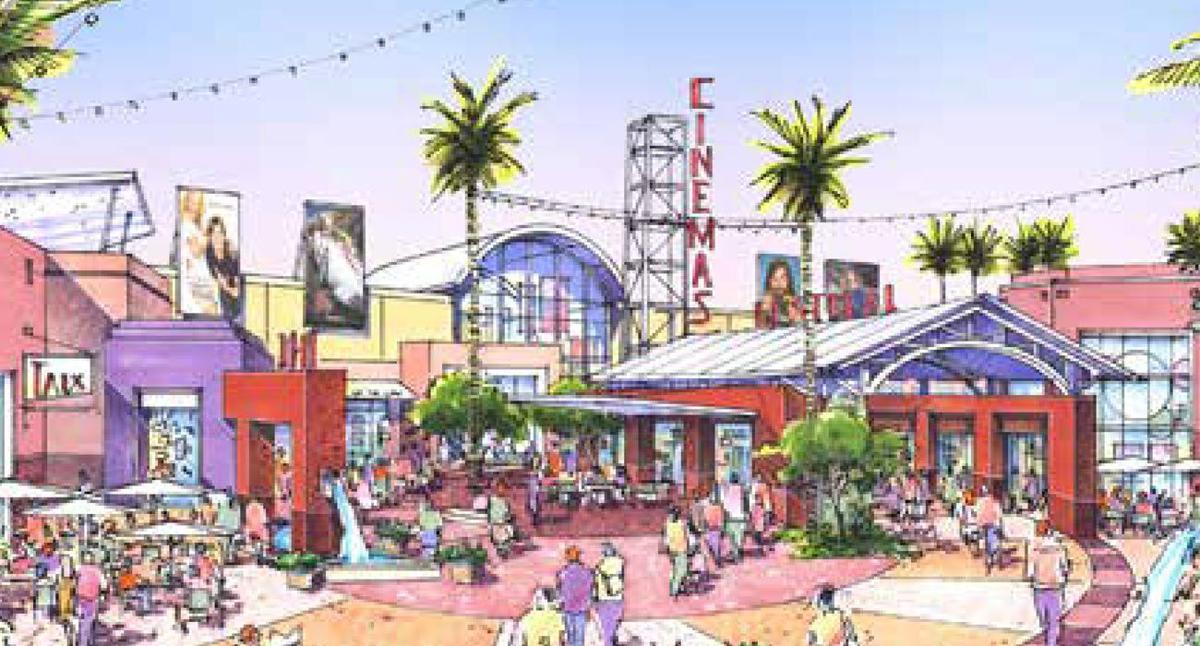 Bakersfield shoppers have heard for years construction was about to begin on three major shopping centers across the city. And every time there’s been a delay, often despite what appear to be favorable economic conditions.

Their wait isn’t over yet: Industry observers say further setbacks are almost certainly ahead for one or two of the centers as growth in online shopping continues to vex retail developers across the country.

All three centers — Bakersfield Commons in the northwest, Bakersfield Gateway in the southwest and City Lights in the northeast — offer unique benefits suggesting they will be built eventually, “but they won’t all be built at the same time. That ain’t gonna happen,” Bakersfield retail broker Scott Underhill said.

The most recent to suffer a delay was City Lights, proposed to replace the former East Hills Mall in a part of town many deem underserved by retailers. The property’s local owners missed a $7.5 million payment last summer, leading the former owner to file a loan default notice against them Jan. 16.

Fundamentally, the three projects have not broken ground because they have not racked up enough financial commitments from major tenants to persuade lenders to hand over money for construction.

Retail brokers say finalizing those leases has gotten much harder in recent years as the limited pool of national chains big and aggressive enough to expand into a relatively small market like Bakersfield must balance physical construction against competing online with e-commerce retailers like Amazon.

“Retailers are proceeding very cautiously into how they’re going to spend their money,” said John Hale, a Bakersfield retail broker with Colliers International, adding that the retail industry now finds itself in “uncharted territory.”

It’s not exactly the case that the three centers are trying to attract the same or similar tenants. Although some retailers are looking at more than one of the sites, Bakersfield retail broker Vince Roche emphasized leasing decisions reflect detailed analyses of surrounding neighborhoods and vehicle traffic. In those regards, he and others said, the three local projects are distinct.

Roche, whose firm represents all three of the projects, said interest has been strong among large retailers, and that the shopping centers’ delays mostly reflect the difficulty involved in lining up enough financial commitments from major tenants.

“It’s a big effort to get all those things, and that’s what we’re working on,” said the principal at Cushman & Wakefield Pacific Commercial Realty Advisors.

Of the three, probably the most complex development to pull off will be the Commons project, predicted Texas shopping center consultant Gary Weber. He said it’s hard for developers to coordinate demand for a large, mixed-use project like the Commons, which is proposed to include residential, office, light industrial, entertainment and retail space.

“Can you put together all pieces of that mosaic at the same time?” he asked.

Adding to the challenges facing each of the local developments is a general feeling the economy will soon contract after what has been the longest expansion in generations, Weber added.

“I see some jeopardy in where we are in the economy,” he said. “These projects cost a small fortune.”

The project nearest to starting construction may be the Gateway project, he and others asserted, simply because the project’s Texas developer has identified the center’s primary anchor as Bass Pro Shops, a major, Missouri-based outdoors sporting goods brand seen as capable of drawing shoppers as far as Fresno and the San Fernando Valley.

Even so, Bass Pro has been associated with the project for more than 10 years, and in that time the project has missed projected groundbreaking dates. Hale, the broker with Colliers, said part of the problem may be “you just don’t have enough houses out there yet.”

(A city official confirmed development plans for the Bass Pro store were submitted for review in January.)

Hale said the other two projects are dealing with the same residential shortage, to one degree or another, though the biggest hurdle facing City Lights may be the substantial expense of tearing down the existing mall and rebuilding new stores in its place.

Because the Commons competes with nearby shopping destinations such as the Northwest Promenade and the Shops at River Walk, Hale suggested a denser distribution of housing in the area may be necessary to support additional retail there.

“I just don’t think that Bakersfield’s ready for retail expansion to that scale, just given where the state of retail is today,” he said.

Despite increased interest among investors and steadily improving market conditions since 2012, Bakersfield has among the highest retail vacancy rates in the Central Valley, according to commercial real estate research firm CoStar.

A recent update by the firm characterized Bakersfield’s retail market as being mostly needs-based. It asserted the area overall lacks the demographic profile to support stores that rely on discretionary sales.

The metropolitan area’s retail vacancy rate currently averages 7.1 percent, CoStar reported, up slightly from about 6 percent since 2013. It projected vacancies will gradually rise to about 8 percent during the next four years.

The local market’s top retail category, so-called “power centers” composed mainly of big-box national chains, lead the rest with a vacancy rate of less than 1 percent, according to CoStar.

The category of general retail space was estimated at 5.9 percent vacant, while malls, neighborhood centers and strip centers were all pegged at between about 12 percent and 13 percent vacant.

Location: Southeast portion of the intersection of Highway 99 and Hosking Avenue.

Status: The project has been delayed for more than a decade and has not begun construction. The latest projection is that it will open in 2020.

Type: Outdoor shopping with interior parking, dining and entertainment, aimed at serving a part of town seen as having too few retail options.

Status: The property owners missed a $7.5 million loan payment due last summer to the previous owner. City government is pushing the owners to clear and secure the site after fires and disturbances there prompted calls for police and fire services. Long-delayed plans to open this summer look unlikely.

Type: Mixed-use project with housing, entertainment, office space, light industrial and retailers, possibly including clothing and a grocery store. A hospital has been proposed adjacent to the site.

Status: The project has been delayed and reimagined many times since it was first proposed in the early 2000s. Construction has not yet begun.