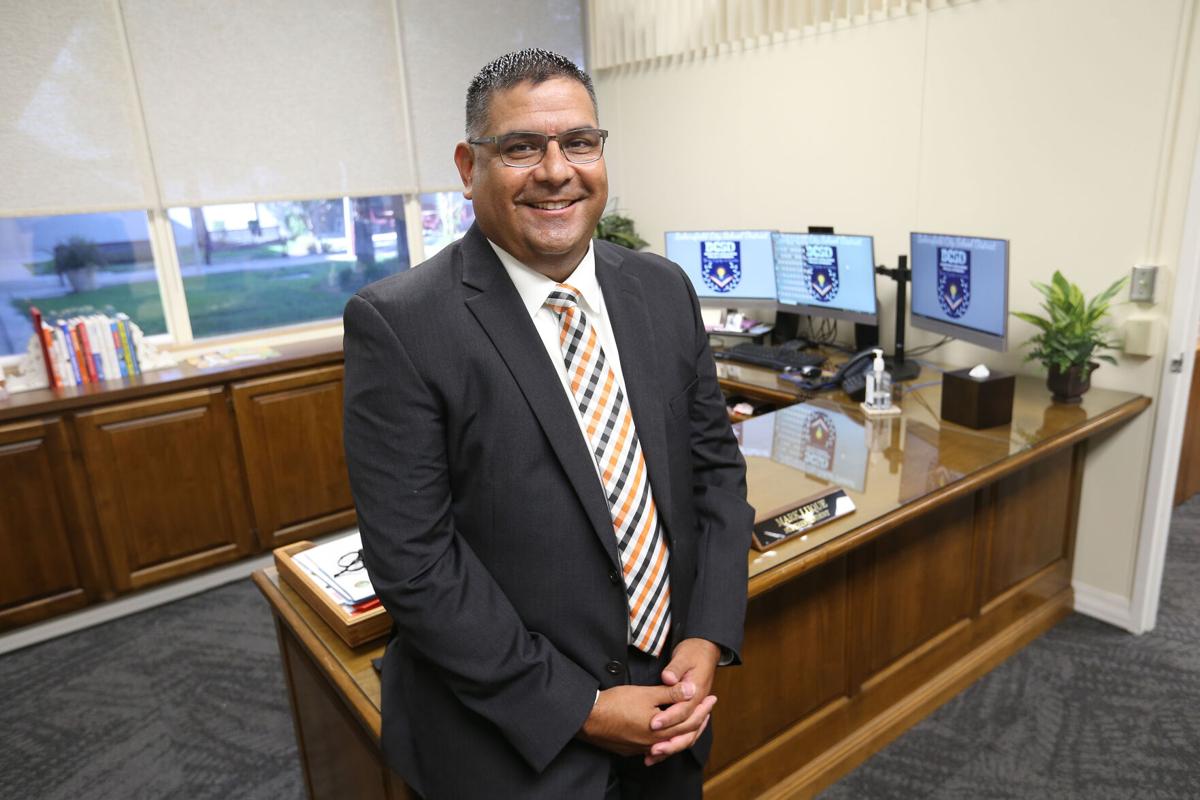 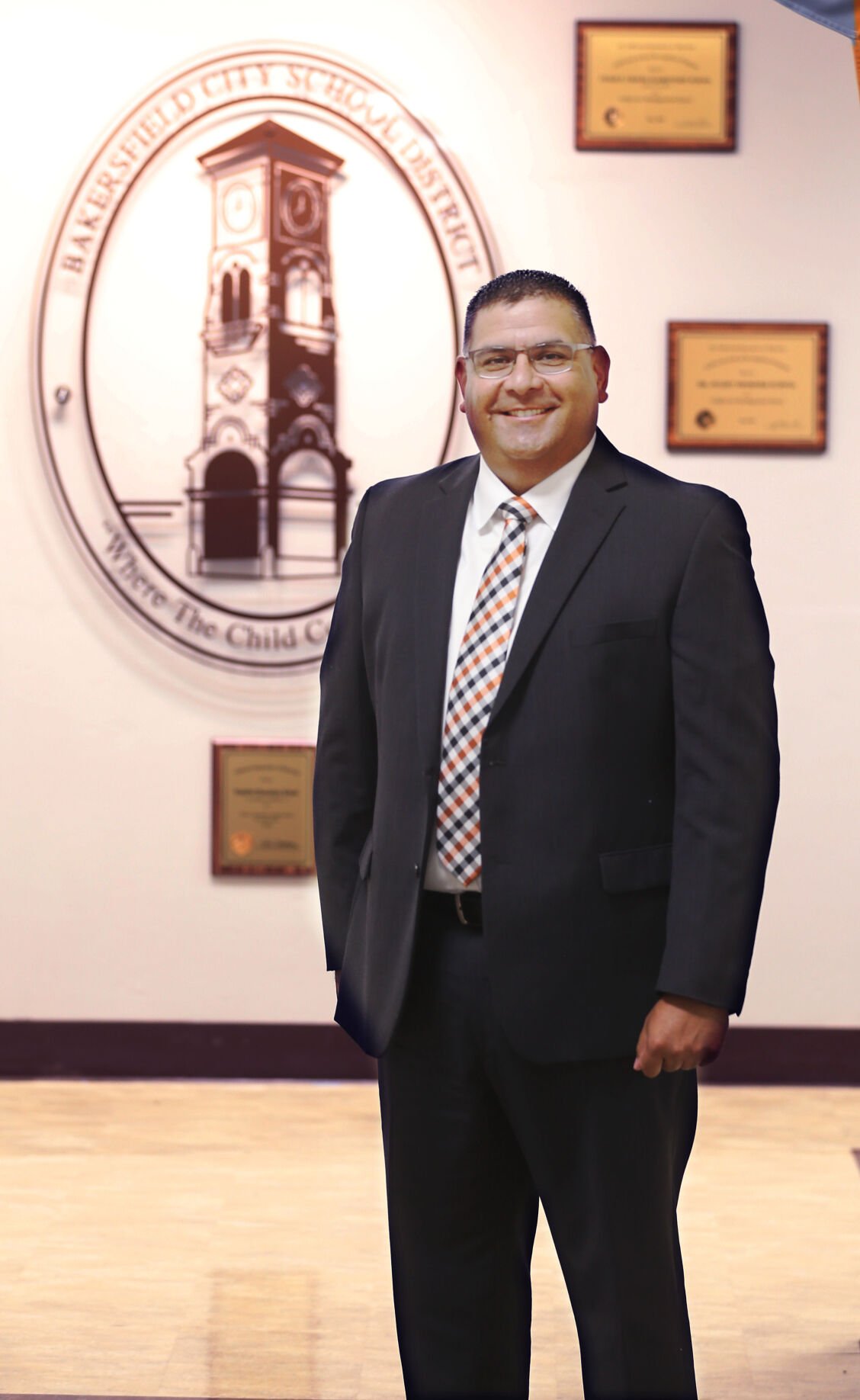 When superintendent Doc Ervin announced he was leaving the Bakersfield City School District, board president Pam Baugher said the board was looking for continuity during a chaotic time in education.

The trustees viewed deputy superintendent Mark Luque as a steady hand at the wheel. Throughout the pandemic, Luque has been a key figure in writing the district's innumerable "Return to School Roadmaps," which required constant revision. COVID-19 case rates and rapidly-changing guidance from government agencies threw even the best-laid plans of administrators into disarray.

It's rare for BCSD to not hire a search firm, but the board took about an hour to come back with a decision: Luque would be BCSD's next superintendent.

"When we realized we had to replace Doc, it was easy to just appoint him," Baugher said.

Luque has been been with the district since 2014, when he was brought on as the director of curriculum and standards. Previously, he had been assistant superintendent of Delano Union School District. But BCSD is familiar territory for him: He was also a graduate of Mt. Vernon Elementary and Sierra Junior High.

On June 1, Luque officially stepped into the superintendency. He embraces the district's need for continuity during a rocky moment for education — largely because he's proud of the direction of the district before COVID-19.

"Our district was making great strides prior to the pandemic," he said.

Luque rattles off a long list of what he's proud of but at the top of the list is the collaboration throughout BCSD — without it, he said the district wouldn't have been able to get through the worst of the pandemic. The word comes up a lot with Luque.

"He is big on collaboration — and not just using the word, he actually does it," Baugher said.

Luque is also proud of the district's programs aimed at improving equity: PROUD Academy, which supports the progress of African American students and the focus school initiative, which targets schools that need additional academic and social-emotional support.

COVID threw a wrench into the district's momentum, and Luque doesn't expect it to bounce back immediately. He said one of the biggest goals for the district in the short-term is just making sure the environment feels welcome, safe and inclusive in classrooms and on campus for both students and staff.

"A lot of us who work in education realize that our kids are going to come back with a lot of trauma," he said. "I think we need to recognize that our staff is too. All of us experienced COVID in a unique way. A lot of people experienced loss, pain and hurt."

Social-emotional learning was key before, but it will have an even bigger emphasis as Luque begins his tenure. Laura Orozco, assistant superintendent of educational services, said that, as with any superintendent, academics are crucial but making sure that the students are taken care of is really important to him.

"I think that comes from his heart," she said.

Luque wants to get back to a stronger version of the place the district was at on March 17, 2020, the day in-person classes abruptly shut down, he said.

As a district that serves K-8 students, Luque feels a responsibility to make sure that the district tackles academic gaps in early years that become large crevices. Core concepts about numbers in early years are crucial so that more complicated math concepts in later years don't become daunting. Every English learner who begins in kindergarten should be reclassified as fluent in English by junior high or middle school, he said.

Orozco said Luque talks often of building a strong culture of literacy in the district. That means not just teaching students how to read but teaching them to pick up a book to read for the sheer joy of it.

Luque doesn't just draw on the BCSD of his professional life but the BCSD of his childhood for his superintendency. He said the education he received in the district laid the foundation for him to grow into an educator.

"It was just a great place for a child growing up," he said.

His parents hadn't gone to college, but his teachers expanded his horizons. His GATE teachers at Sierra encouraged him, even though he wasn't so sure about a class none of his friends were in. When his fourth grade teacher, Jean Dunmore, treated students to a movie and pizza at the old Mervyn's Plaza on California Avenue, it was a huge deal for a kid from east Bakersfield who didn't stray far from his neighborhood.

He tells staff there are a lot of students a lot like him in the district today.

"The quiet child who has a little bit of intelligence, but who may not always apply themselves 100 percent, who may need some correction here and there — they're everywhere," he said.

Luque said he's proud of the community of other BCSD alumni who returned to work in the district. He welcomes students who want to return as educators, but his vision of the district is where everyone is helping students on their way to becoming scientists, doctors, lawyers or whatever they dream of.

"We should inspire each other to support kids to be able to be even more successful than we are," he said.

The board of the Bakersfield City School District formally bid farewell on Tuesday to Doc Ervin, who has been superintendent since he arrived …