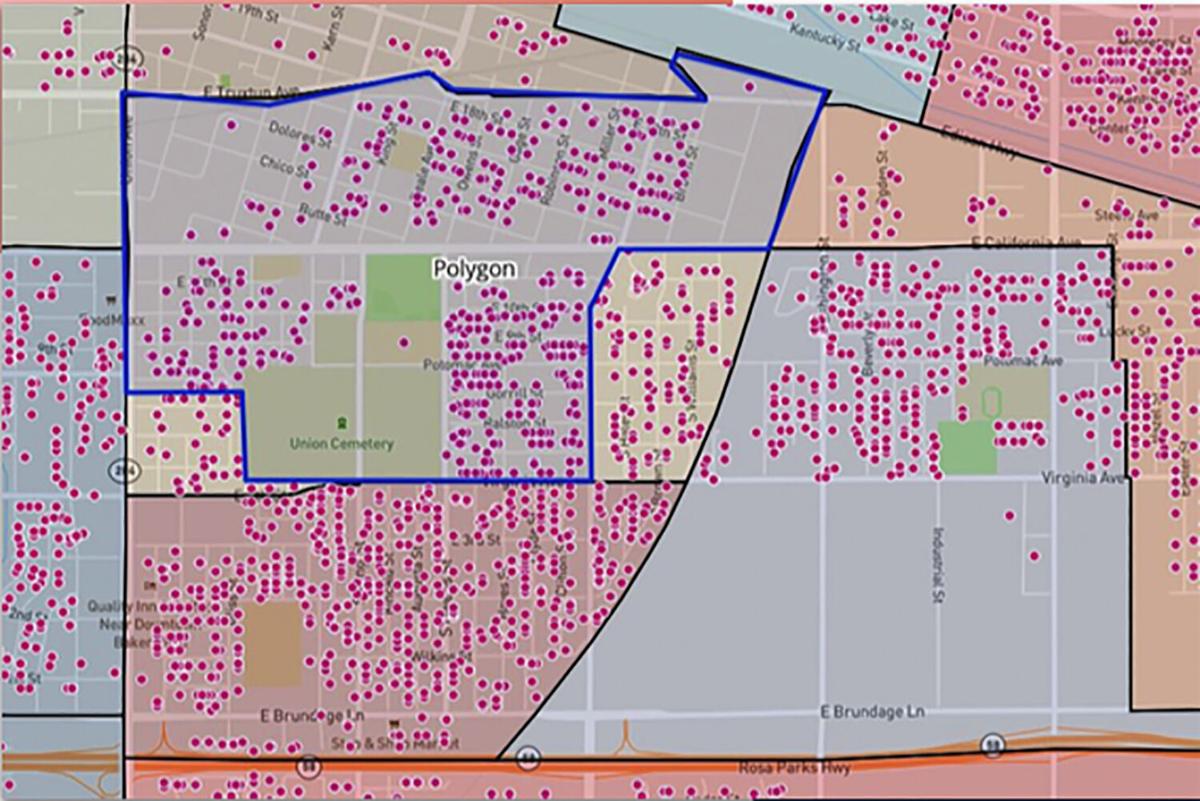 The Bakersfield City School District shared recommendations from its boundary committee prompted by the reorganization of Owens Elementary School and Lincoln Junior High. 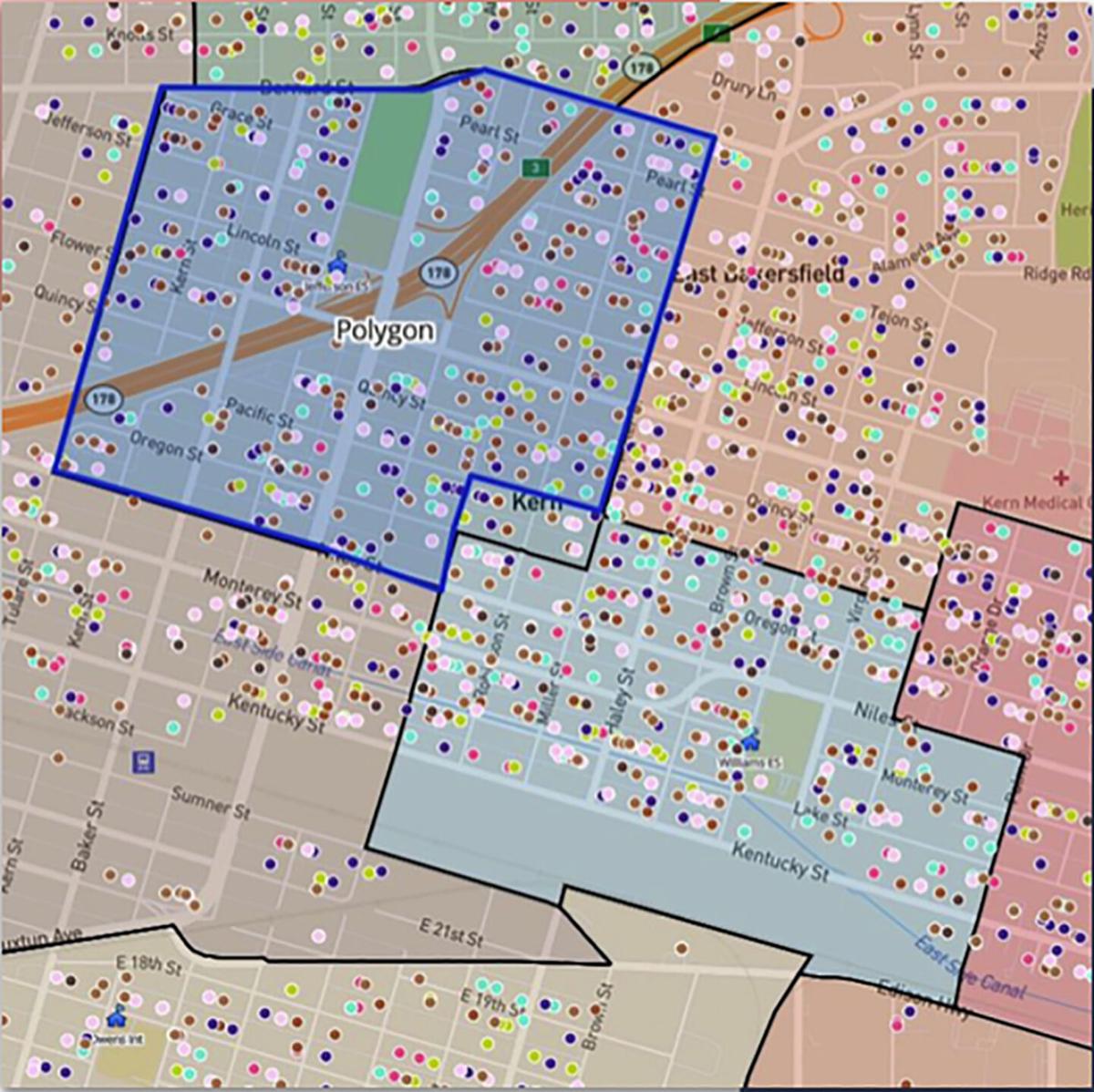 The Bakersfield City School District shared recommendations from its boundary committee, which were prompted by the reorganization of Owens Elementary School and Lincoln Junior High.

The Bakersfield City School District shared recommendations from its boundary committee prompted by the reorganization of Owens Elementary School and Lincoln Junior High.

The Bakersfield City School District shared recommendations from its boundary committee, which were prompted by the reorganization of Owens Elementary School and Lincoln Junior High.

The Bakersfield City School District shared formal recommendations from its boundary committee, which were prompted by the reorganization of Owens Elementary School and Lincoln Junior High.

The changes proposed at Tuesday night's board meeting, which include new boundaries and different feeder schools, affect six elementary schools and five junior high schools on Bakersfield's East Side.

The boundary committee proposed changing the feeder schools for several of the district's middle and junior high schools. These recommendations were prompted by Owens Intermediate reopening as Lincoln Junior High. The district's proposal also represents an effort by the district to reduce busing times for students and create more neighborhood schools, according to school officials.

"I'm so glad that we are going back to neighborhood schools where you can walk to your school or walk to your junior high here," said board president Pam Baugher. "We were spread out all over here for a while, so I think this is really good."

Tim Fulenwider, executive director of the instructional support services division, said the next step is for the district to publicize the process and proposals through district parent groups. He said they will bring the feedback to the board in December when the board is expected to approve final changes. If approved, they would take effect in fall 2022.

Fremont Elementary, 4.5 miles as the crow flies, will no longer send its students to Chipman Junior High, which has 1,000 students.

It also leaves room for growth on the growing eastern edge of development in Bakersfield, Fulenwider said. That's also a consideration for Stiern Middle School, which will no longer have Jefferson and Williams elementary students in this proposal.

"This would allow for community growth as it grows that direction," Fulenwider said.

Cato Middle School, just northeast of Stiern, also has the potential for development and growth. It would no longer draw students from Horace Mann. Compton Junior High, which has 604 students, would draw these students, who are much closer. However, Owens Elementary students would no longer attend.

The boundary committee also left room at Cato for parents who wanted to apply for permits for their students to attend — there isn't always enough room.

"One of the things we do like to do is grant as much choice as we can to parents about where they want to attend school in our district," Fulenwider said. "This will allow us to have more room for parents' choice."

Mt. Vernon is well below its current capacity of 885 students, with its current enrollment at 599. The committee recommended that students living west of the railroad tracks bounded by California Avenue, Virginia Avenue and Martin Luther King Boulevard attend Mt. Vernon. It's a short distance, but because it crosses railroad tracks, the students would be bused in, Fulenwider said.

The district also recommended students who live from the north side of 4th Street to 7th Street, and between Union Avenue and King Street, attend Fremont. It offered the option to not move these students or to include additional blocks, as well.

Because Lincoln Junior High will not include sixth-graders, the boundary committee recommended looking at the boundaries of Jefferson Elementary, a small campus that does not have a sixth grade. The committee looked next door to Williams Elementary to give Jefferson breathing room.

The committee offered three options, including keeping its boundaries the same. It recommended what it calls Option No. 2, which would move two blocks bounded by Gage, Oregon, Pacific and Miller streets from Jefferson to Williams. A third option would move two additional blocks.

Horace Mann Elementary will feed into Compton instead of Cato

Presentation on the formal recommendations for the BCSD Boundary Committee