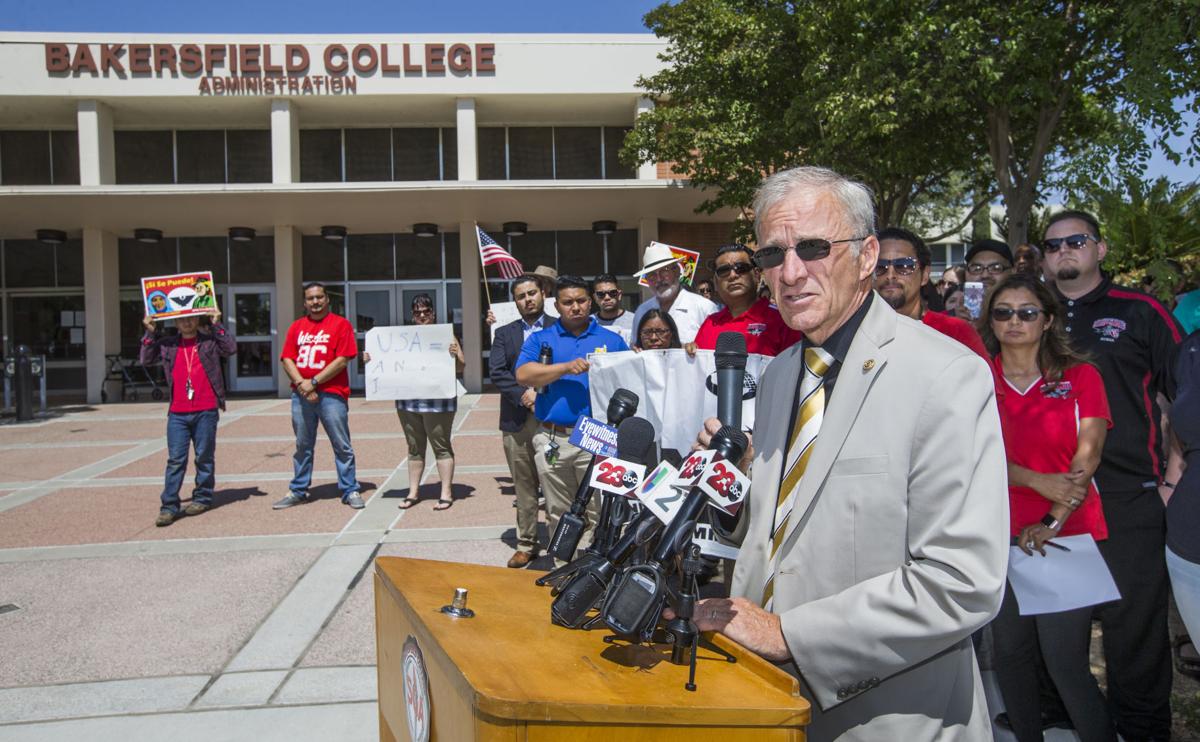 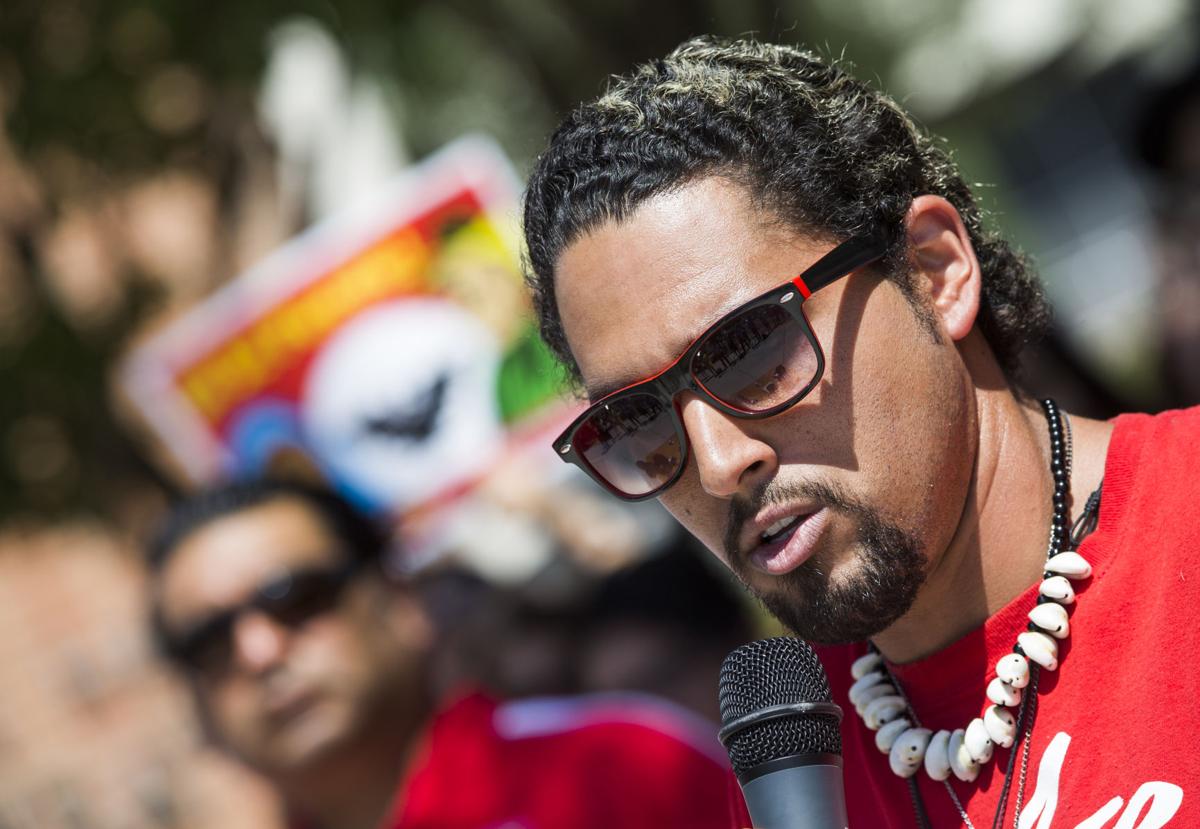 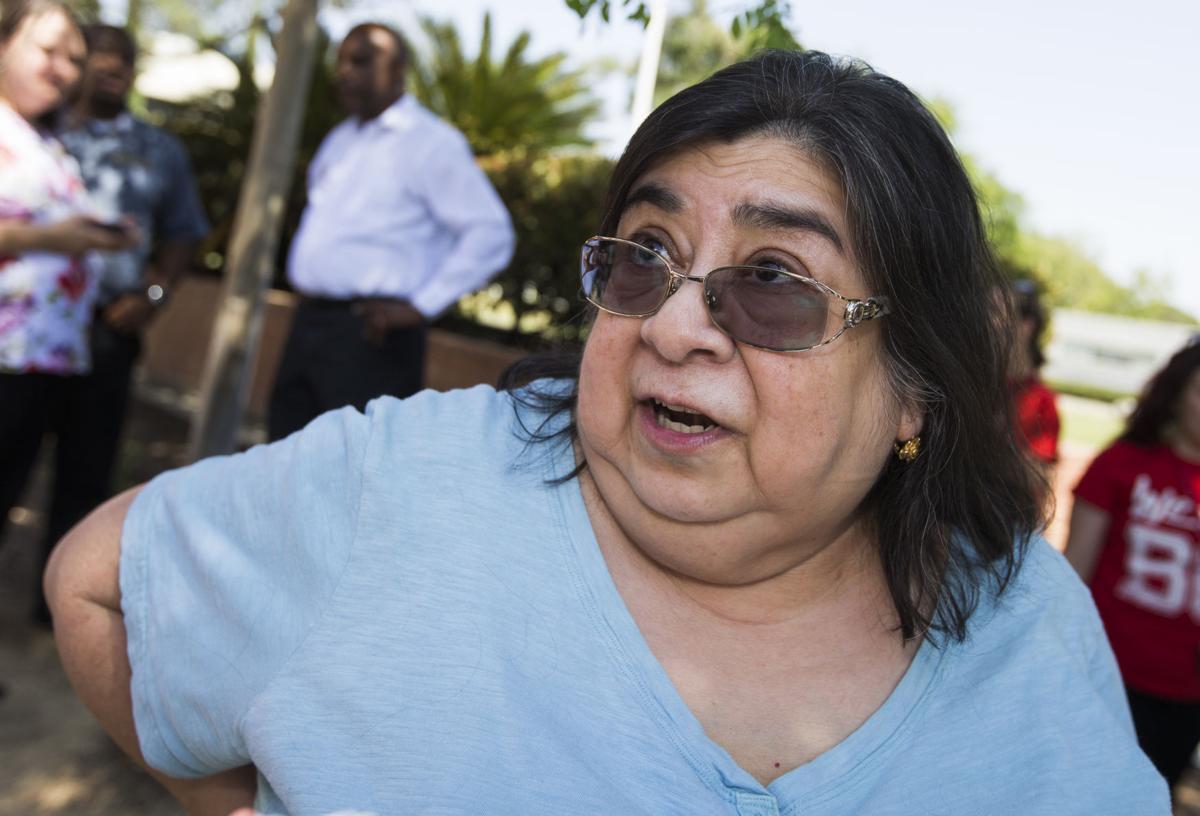 Bakersfield College history instructor Rosa Garza had Jose Bello as a student at the college. Bello was detained recently by ICE agents. 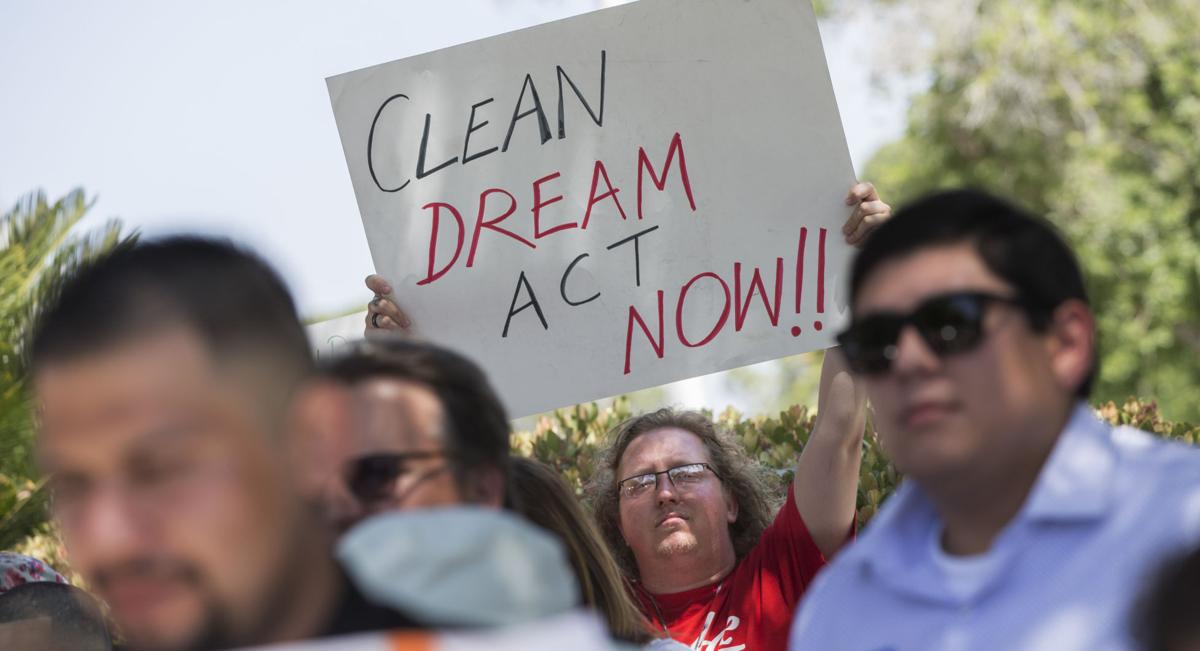 Shane Hoover and others at the rally supporting student Jose Bello carried signs. Bello was detained recently by ICE agents.

Bakersfield College history instructor Rosa Garza had Jose Bello as a student at the college. Bello was detained recently by ICE agents.

Shane Hoover and others at the rally supporting student Jose Bello carried signs. Bello was detained recently by ICE agents.

A Bakersfield College student who was detained in May by federal immigration agents with ICE has been allowed by a judge to post bond at $10,000.

Win Eaton, the attorney for student Jose Bello, said Bello is eager to get back to his studies at the college. And it could happen as soon as next week if he is released in the next couple of days.

"His entire life and focus is to work, go to school and provide for his child," Eaton said Thursday. "That was highly persuasive to the judge" at the hearing.

A GoFundMe page set up by the BC student group Latinos Unidos Por Educacion has requested donations that will go toward the bond amount. As of Thursday night, around $4,000 had been raised.

Bello is being held at the Mesa Verde Detention Facility.

At the time of Bello's detention, ICE spokesman Richard Rocha said in a statement that Bello and his brother, Oscar Bello-Reyes, were both detained and confirmed to be members of a local street gang.

Bello grew up in a neighborhood in Kern County where gangs were prevalent, Eaton said, but Bello insists he was never "jumped into" a gang.

"It's a troubled area," Eaton said. "Any young man who grows up in that area is expected to be a member of the local gang."

Eaton suspects that ICE has Bello confused for another person with the same name who is several years older than his client and has been incarcerated in the past. Eaton said Bello has no criminal record as an adult. He was brought to the United States as an infant and has grown up here, Eaton said.

Eaton considered it a huge win that Bello has been allowed to post bond. He thinks Bello's case was helped by a BC professor and a local attorney and a third individual who drove to San Francisco to testify to Bello's good character during the hearing Thursday.

"It's been a case where the government has pulled out all of their arsenal to stop the bond," Eaton said. "There's been few cases I've been involved with that have been so aggressively opposed."

Jose Bello, the 21-year-old Bakersfield College student detained by Immigration and Customs Enforcement officials for the past three months, w…