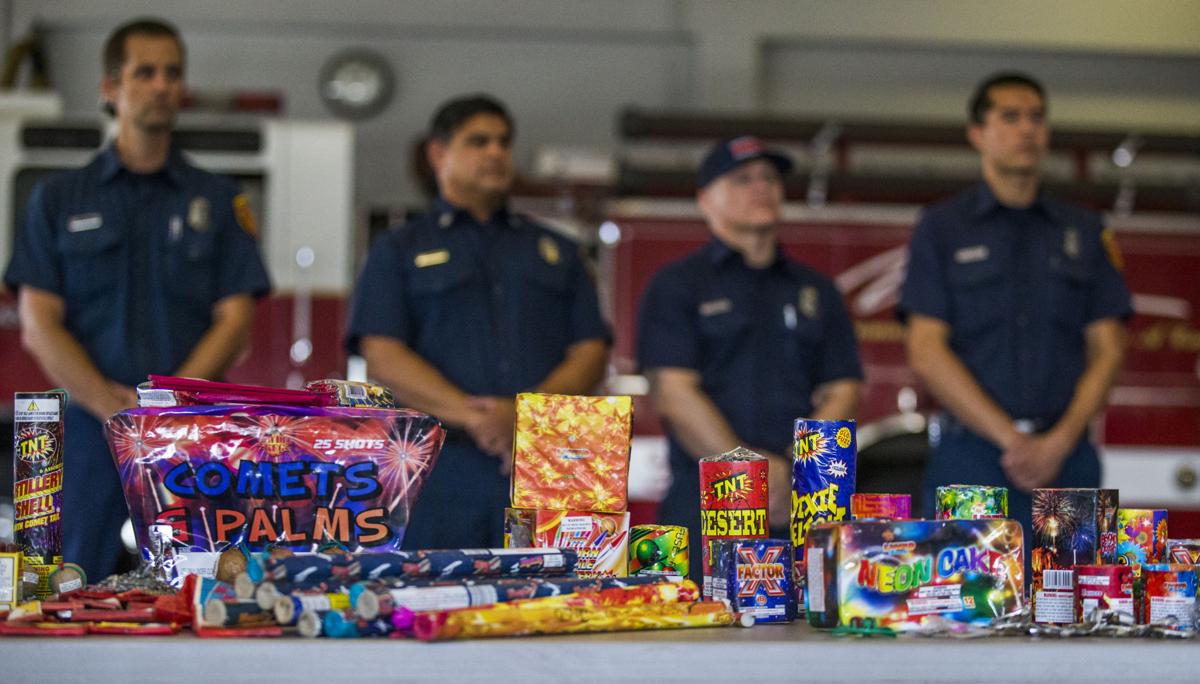 In this 2018 file photo, Bakersfield city firefighters stand behind a table piled high with illegal fireworks confiscated from area residents. 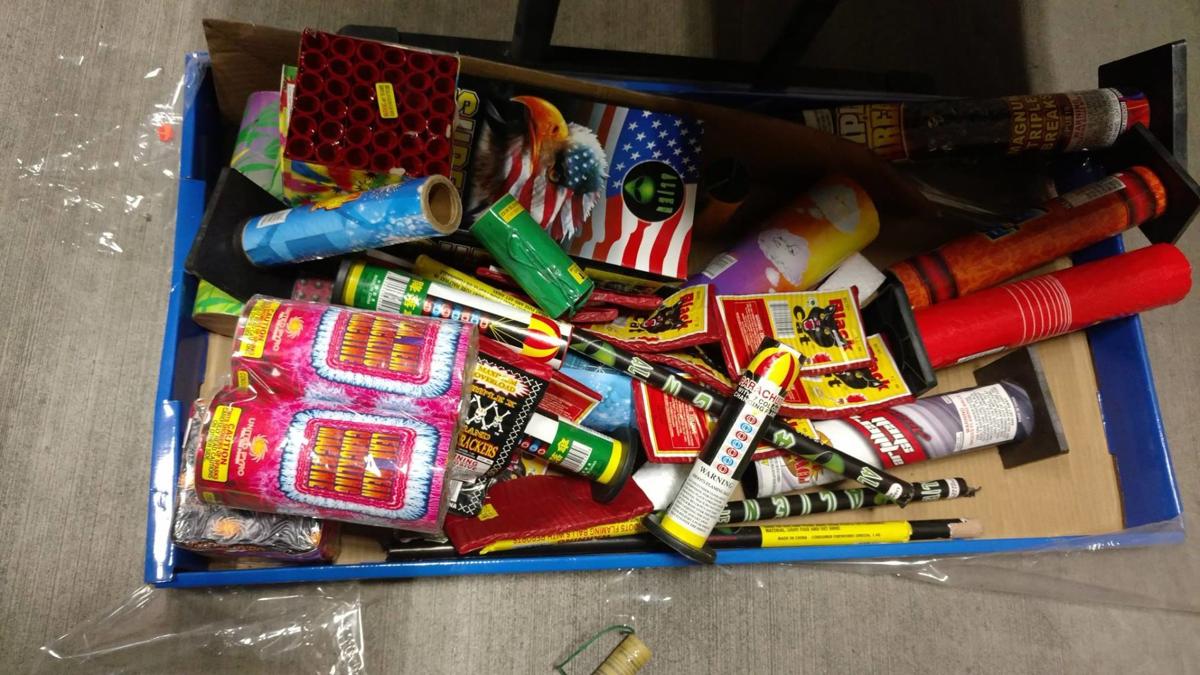 Hundreds of expensive citations have been handed out to locals over the past few years related to the use of illegal fireworks. 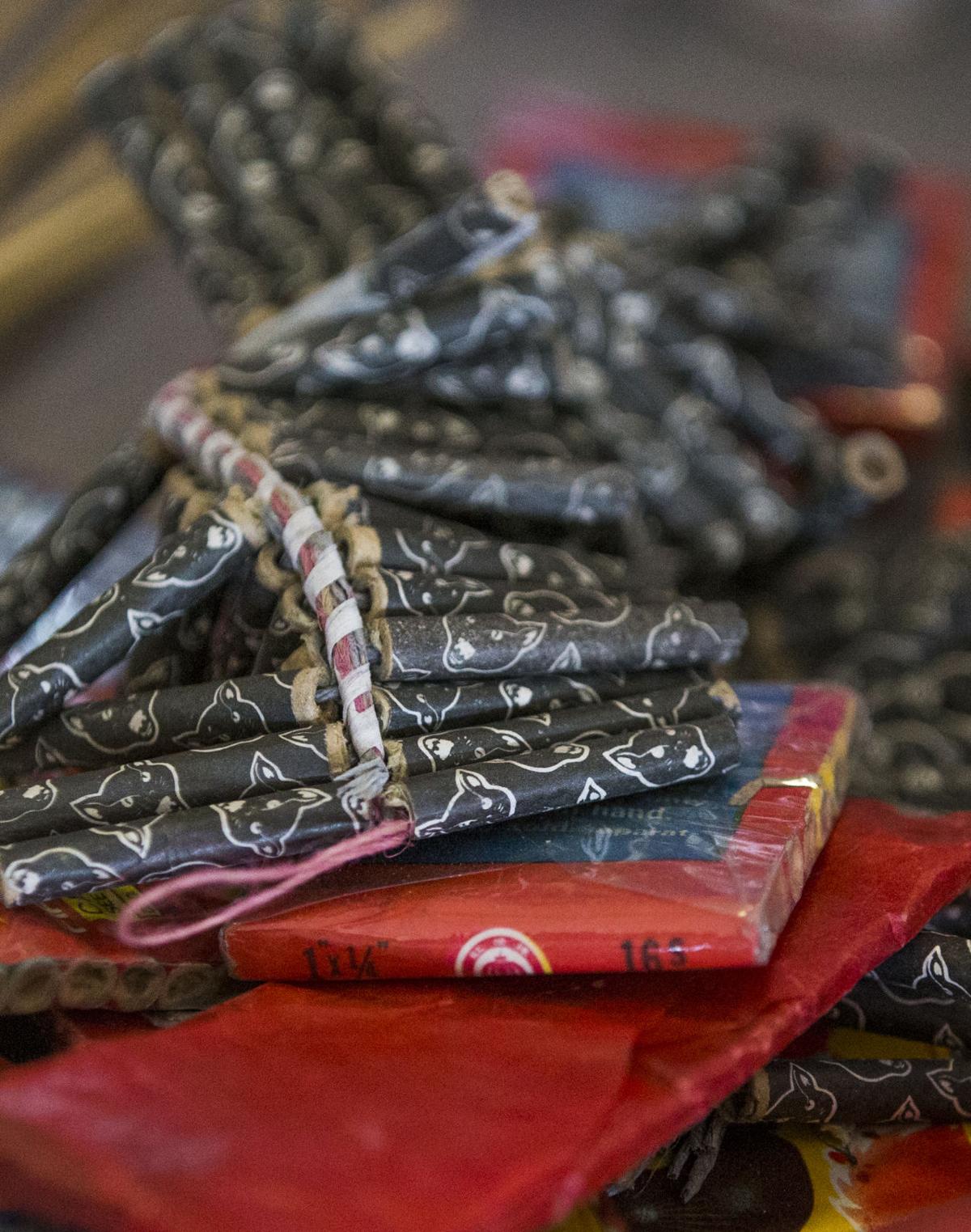 Fireworks such as Black Cat firecrackers are illegal in the city of Bakersfield. 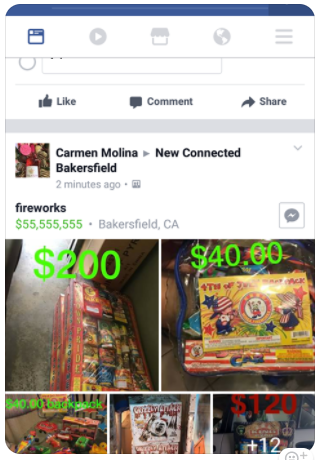 The Bakersfield Fire Department said it will cite those advertising and selling illegal fireworks. 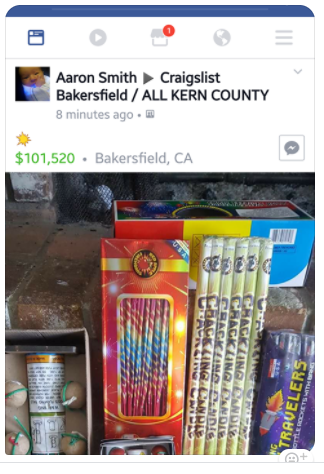 Those making a profit selling illegal fireworks could face a $1,000 fine. 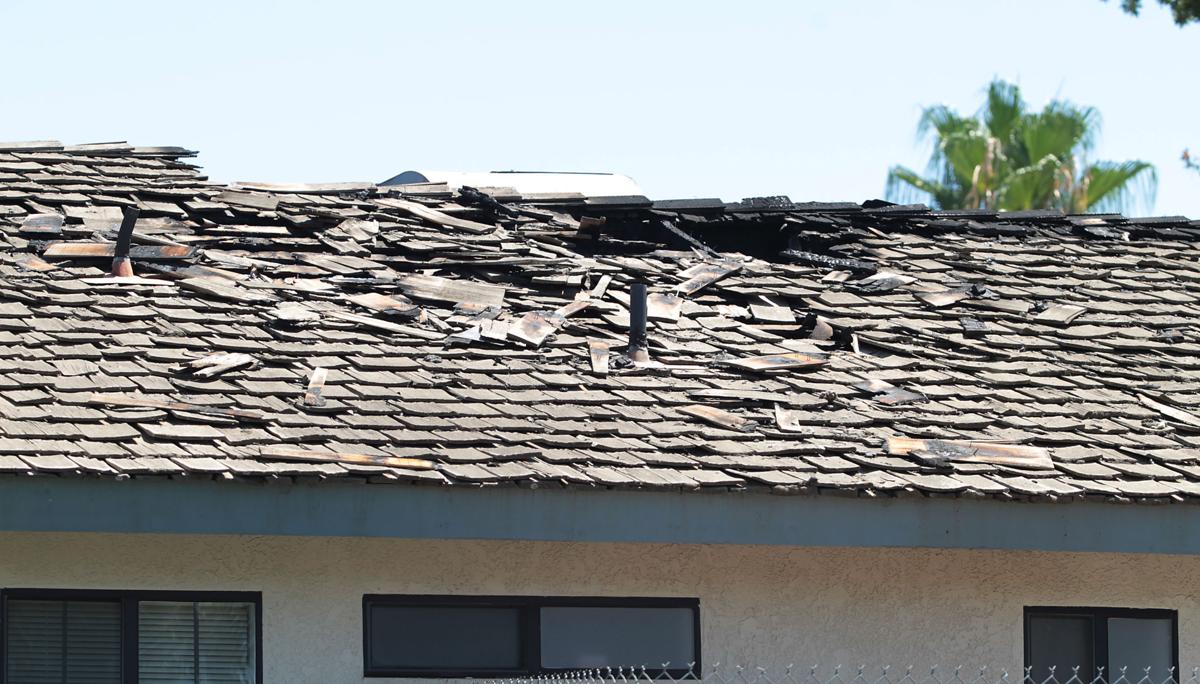 In this file photo, a house on Appleton Way in Bakersfield was damaged by illegal aerial fireworks.

In this 2018 file photo, Bakersfield city firefighters stand behind a table piled high with illegal fireworks confiscated from area residents.

Hundreds of expensive citations have been handed out to locals over the past few years related to the use of illegal fireworks.

Fireworks such as Black Cat firecrackers are illegal in the city of Bakersfield.

The Bakersfield Fire Department said it will cite those advertising and selling illegal fireworks.

Those making a profit selling illegal fireworks could face a $1,000 fine.

In this file photo, a house on Appleton Way in Bakersfield was damaged by illegal aerial fireworks.

Rusty Burchfield thought his children were watching a World War II movie on TV — with the volume turned way up.

"I yelled to the kids to turn it down," said the local husband and father of two. "They replied, 'Dad, the TV is off!'"

Nobody knows exactly why so many locals seem to be developing an obsession with things that go BOOM! in the night, but the misuse of illegal fireworks seems to be on the rise, not only on the Fourth of July, but almost year-round. And the Burchfield family has had its fill.

"It's constant, almost a nightly thing," said Burchfield, whose family lives in southwest Bakersfield. "It's gotten really bad, and it's not just us, it's all over the city."

East Bakersfield resident Larry Elman can vouch for that.

"It is ridiculous. It’s been going on all winter and it seems to be getting worse," he said. "I am talking very, very loud explosions. Not just firecrackers. M-80 and louder sounding booms.”

M-80s are large powerful firecrackers whose concussion can be startlingly loud and powerful — and can cause serious injury.

"It's incredible the size of those explosions," he said.

It happens at various times throughout the night, Elman said. From nightfall until as late as 3 a.m.

"Some evenings it sounds like we could be in Afghanistan," he said.

Nothing seems to help.

Mark Duffel said he doesn't try to report illegal fireworks activity to authorities, even though it has occurred virtually every night for more a month near his home in east Bakersfield.

"The dogs hide behind my desk and are around my feet," he said. "I worry about our dogs and the fire hazard."

Burchfield also said his pets are suffering from the explosive charges and other fireworks. Both his Labrador retriever, Penny, and the family's pet pig, Olive, are showing symptoms of anxiety and trauma. He's treating Olive with CBD oil, but it's only a partial and temporary fix.

Like Burchfield, Duffel is concerned that the problem will not resolve itself. On the contrary.

"If there is no enforcement," Duffel said, "it will just get worse."

Last year, the Kern County Fire Department received 2,410 reports of illegal fireworks over the Fourth of July holiday weekend, with 703 calls coming through their dispatch center and 1,707 reports made online, the department reported last year.

It was a huge increase over previous years when illegal fireworks use had remained pretty consistent, said Kern County Fire Department Public Information Officer Andrew Freeborn. And that rampant use of illegal fireworks appears to be continuing this year.

The department received more than 5,600 tips regarding illegal fireworks use to its online reporting system since its inception nearly a year ago on June 21, Freeborn said. KCFD's dispatch center fielded thousands of calls as well.

But Freeborn is adamant that the spike in illegal use of fireworks is not a neighborhood problem or a Bakersfield problem.

"It's not even a county problem or a state problem," he said. "It's happening all across the country."

"Last year, because of tips received, we were able to seize an entire flatbed truck full of illegal fireworks," Freeborn said.

Carol Lair, who lives in northeast Bakersfield near Haley and Columbus streets, called illegal fireworks a nightly problem. People are having their sleep interrupted, children are scared and pets are terrified.

People with PTSD suffer too, she said, including American combat veterans.

"I call the fire department every night," she said, even though she knows they are limited in what they can do.

If people don't call, authorities won't know where the problems are the worst — and those who control the funding won't be pressured to crack down at the same level authorities cracked down on rampant street racing.

"I found nine apps where you can buy illegal fireworks," she said. "It's blatantly advertised on Craig's List."

Planning for the big push in late June and early July is still continuing, he said. For now people in the city and the county can call dispatch at 324-6551, he said.

"We will have more reporting apparatuses in place as we get closer to the holiday," he said, "including email reporting and a mobile app."

Freeborn said reporting on the county department's online system is much preferred as it doesn't tie up busy dispatchers with hundreds of non-emergency calls.

Just go to kerncountyfire.org, scroll down and click on "Report illegal fireworks."