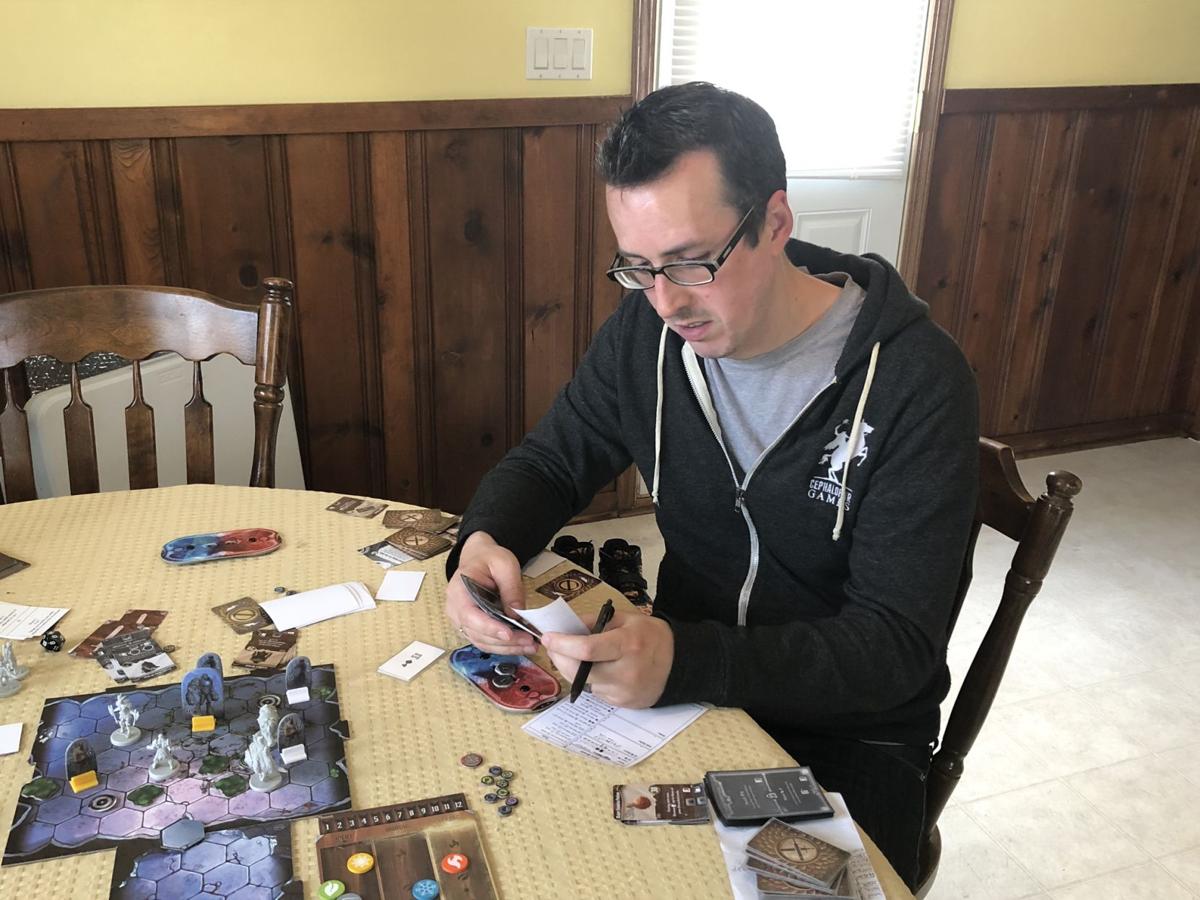 Isaac Childres works on expansion content for his game Gloomhaven. 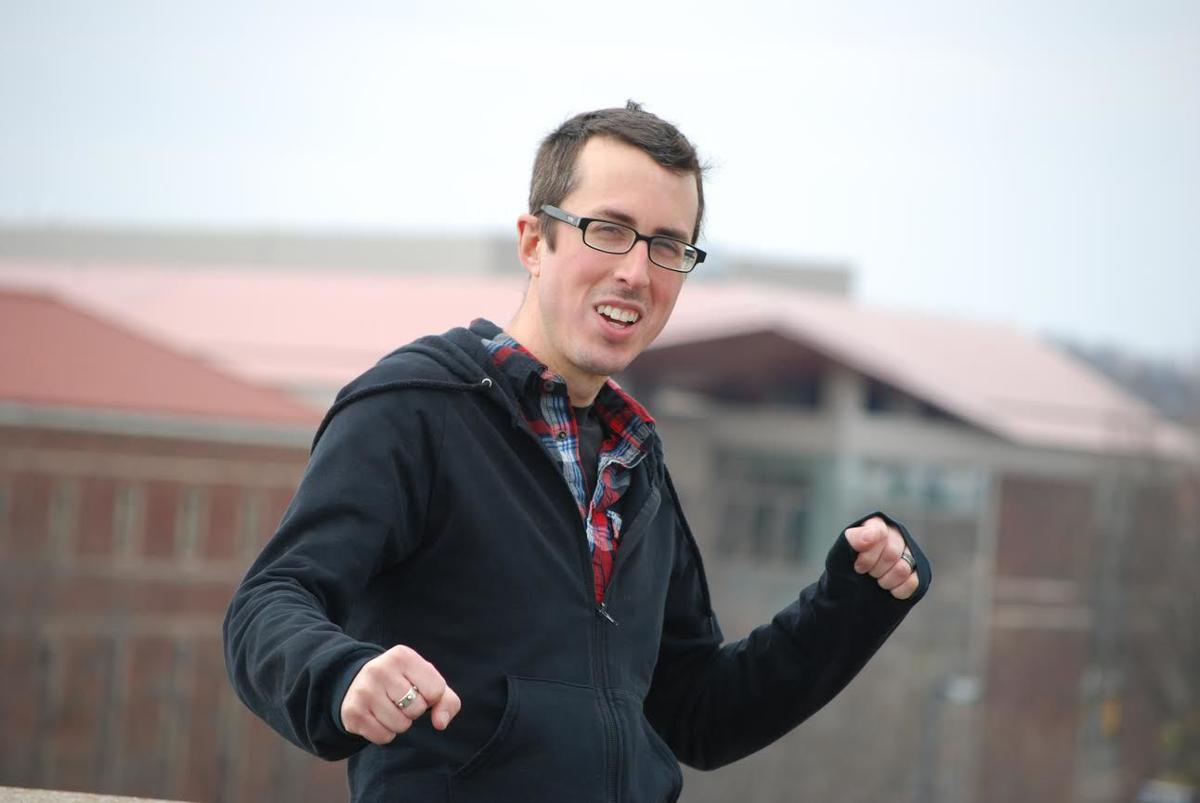 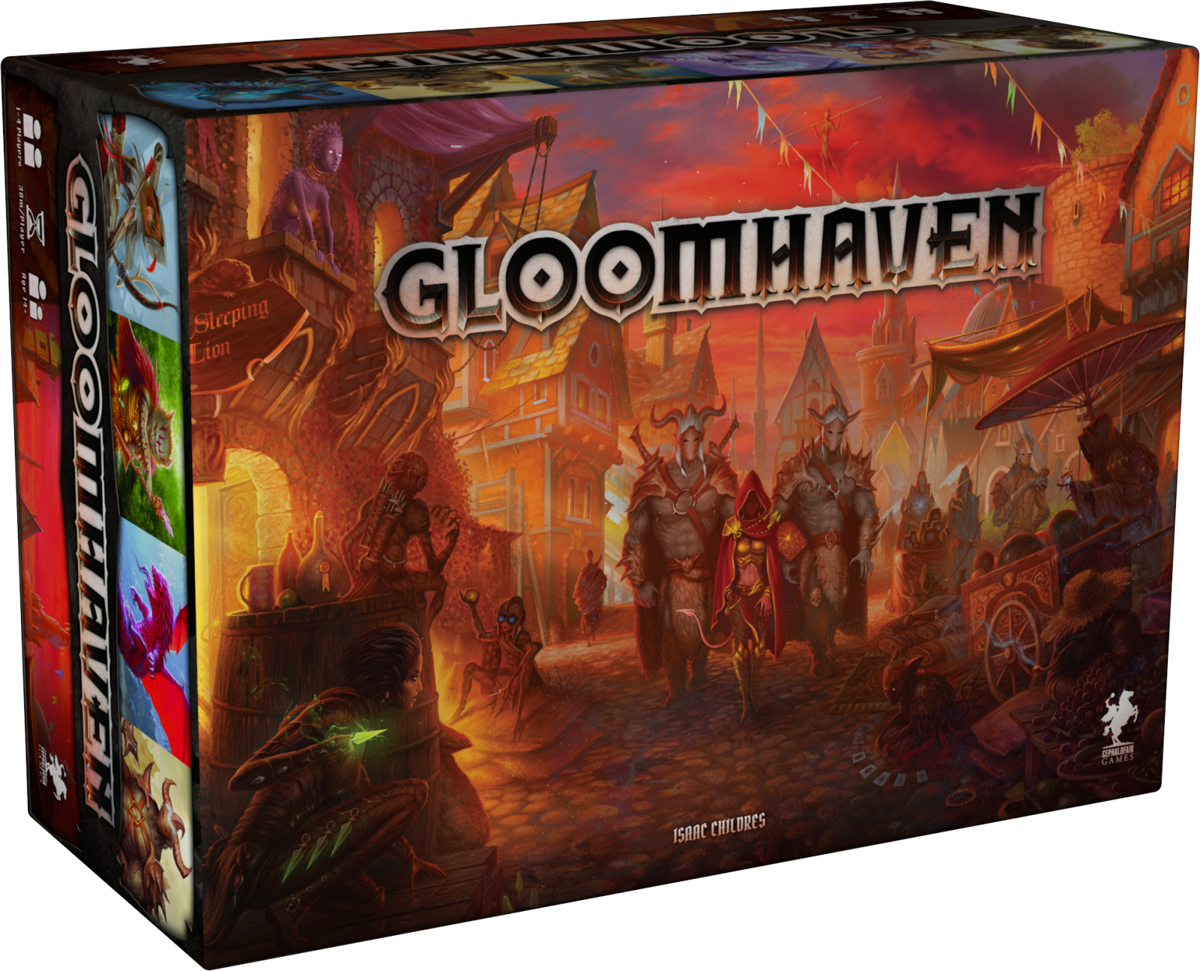 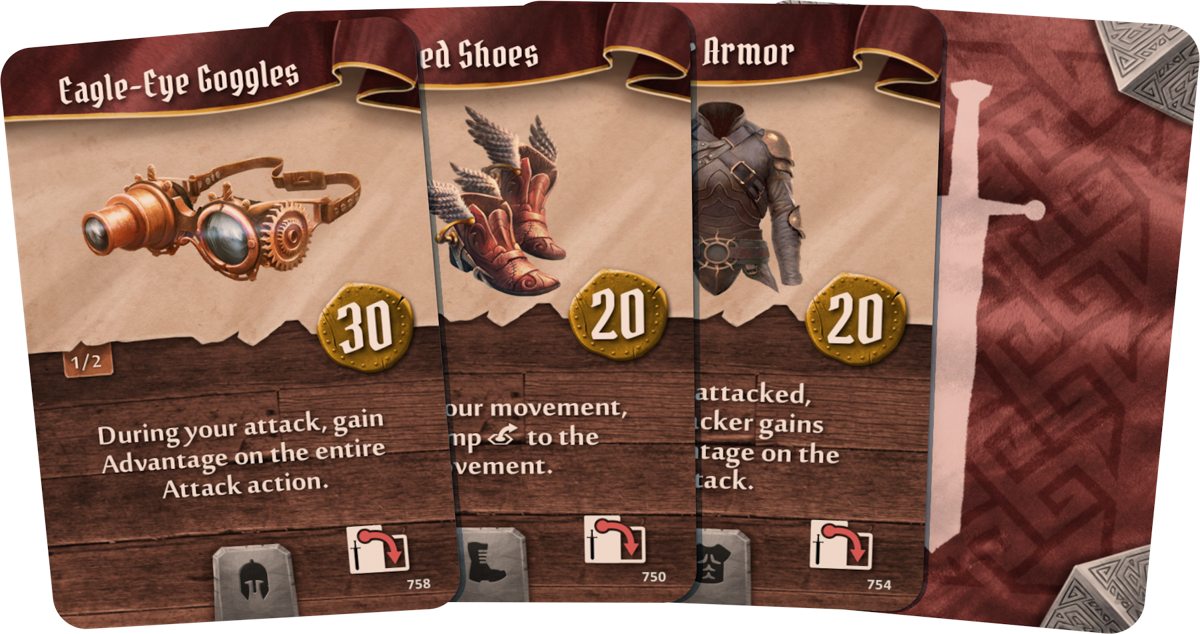 There are around 1,700 cards used in Gloomhaven. 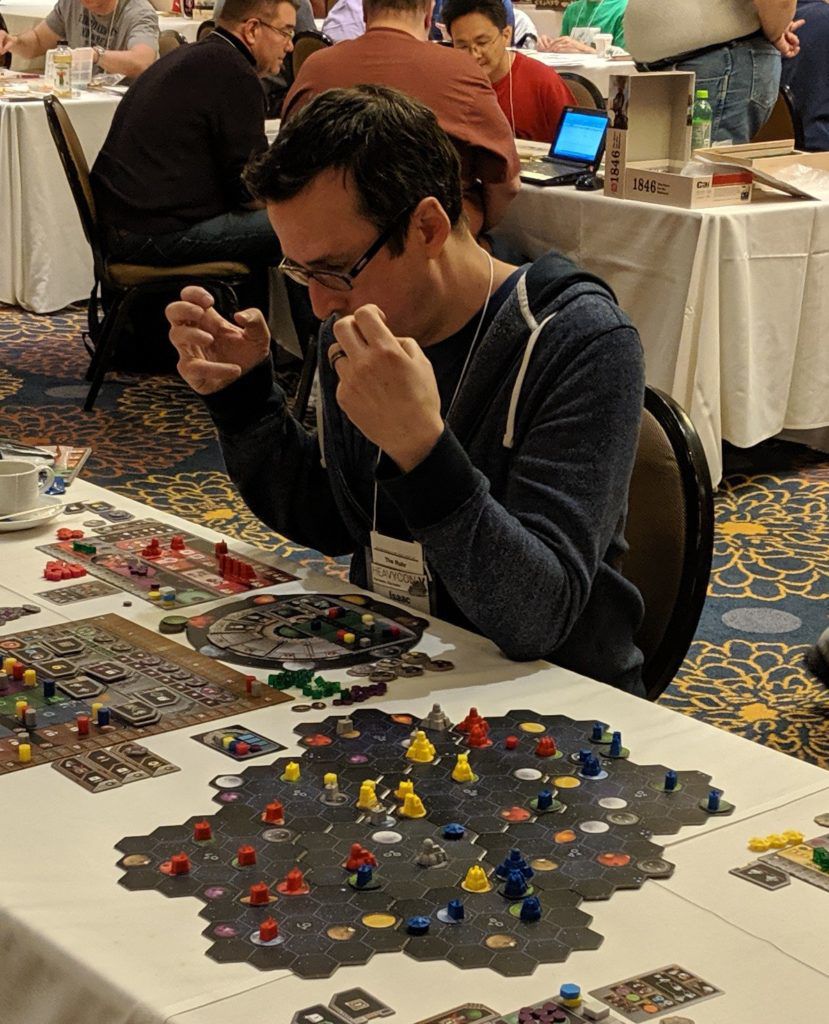 Isaac Childres is frustrated as he plays a game at the fifth annual HeavyCon last month. 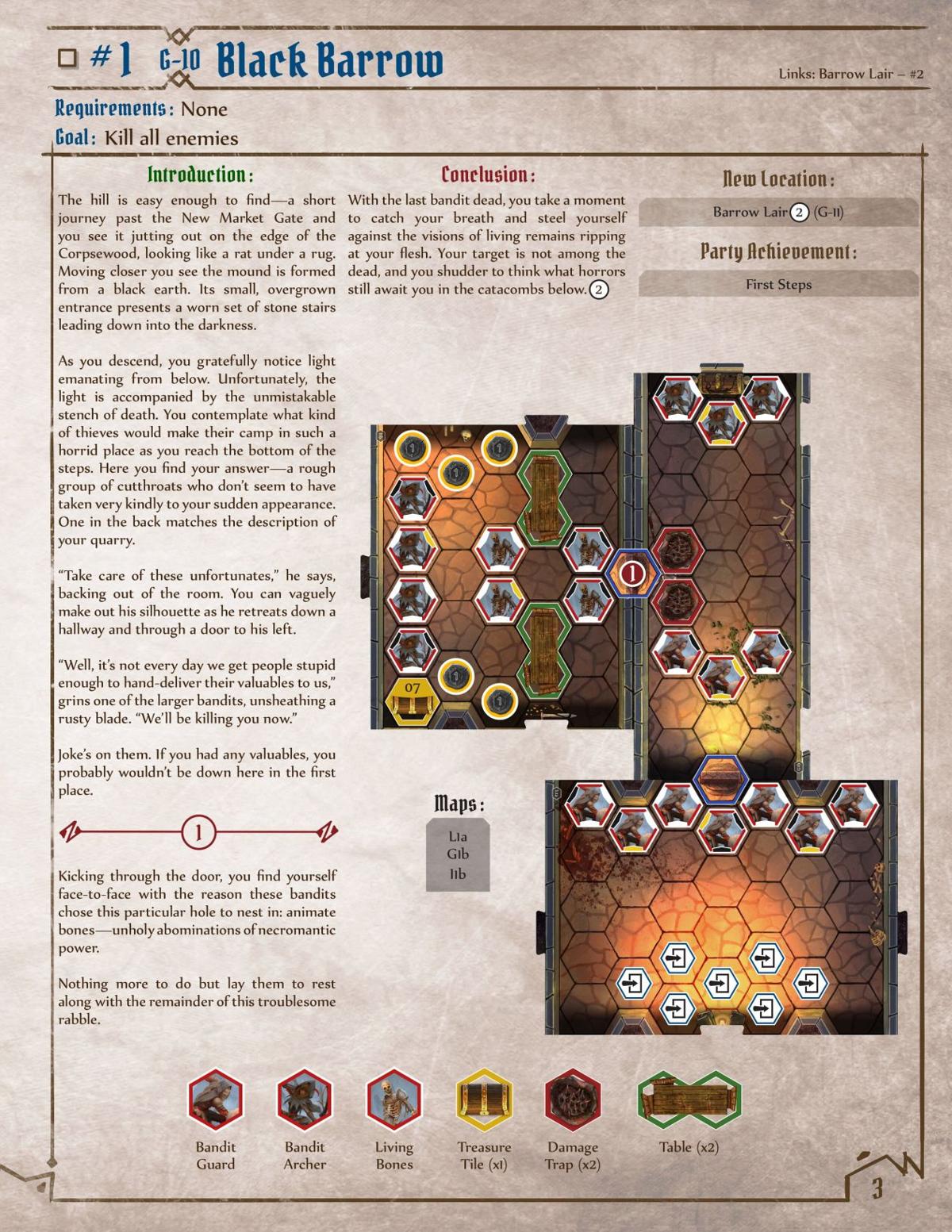 There are 95 different scenarios to explore while playing Gloomhaven. 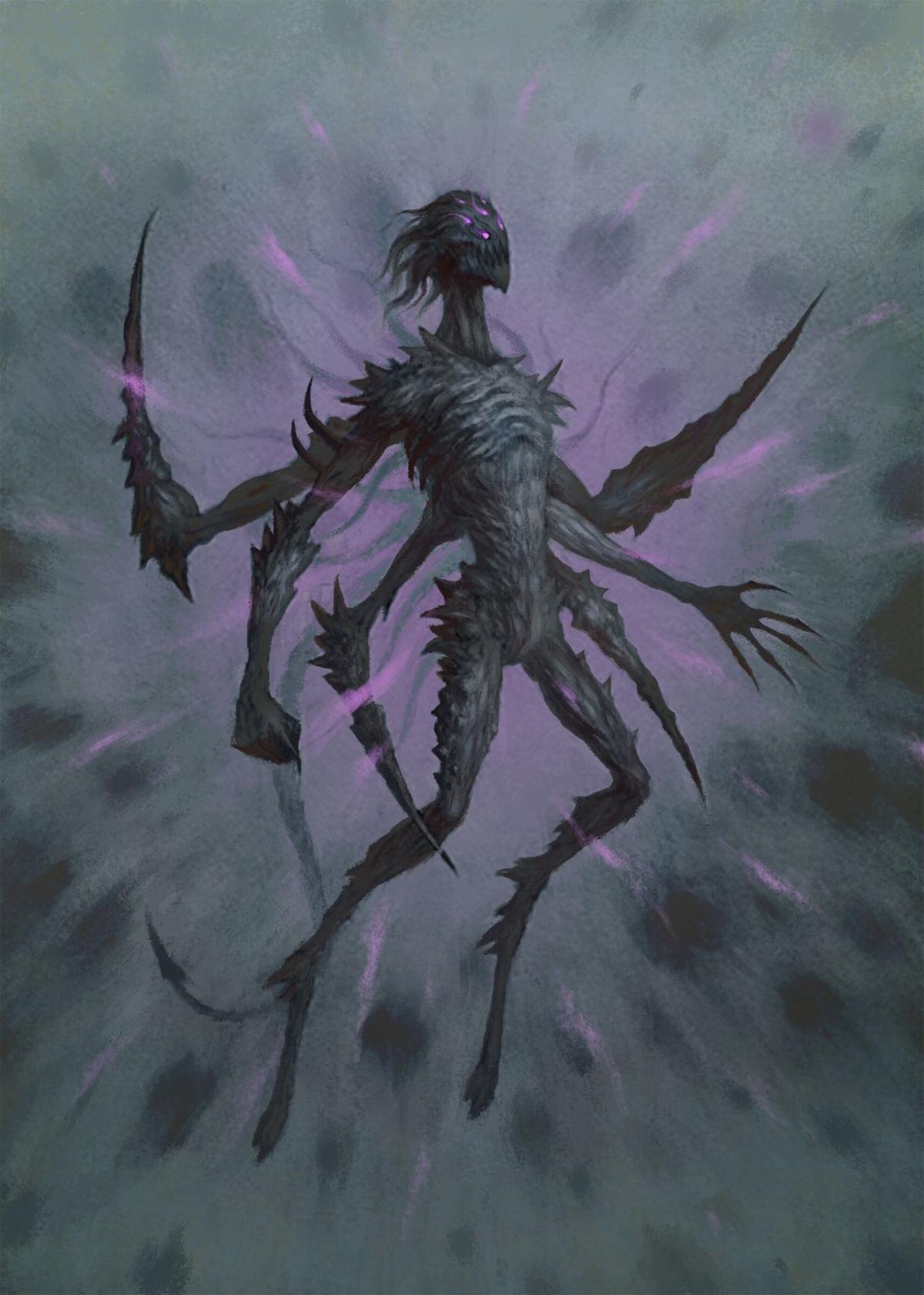 An enemy players will encounter while playing Gloomhaven.

Isaac Childres works on expansion content for his game Gloomhaven.

There are around 1,700 cards used in Gloomhaven.

Isaac Childres is frustrated as he plays a game at the fifth annual HeavyCon last month.

There are 95 different scenarios to explore while playing Gloomhaven.

An enemy players will encounter while playing Gloomhaven.

Most people have spent quality time competing against friends and family members while playing board games. Games such as Monopoly and Scrabble have awakened people's competitive sides and led to strained relationships among loved ones, at least for a few hours.

A Bakersfield native has made a big name for himself in the hobby board game industry, but these games are a bit different from the ones on family game night. Similar to Dungeon & Dragons, Isaac Childres has found his calling in role-playing games.

A 2000 Bakersfield High School graduate, Childres pursued physics and journalism at the University of Oklahoma, and later a master's and doctoral degree in physics from Purdue University. During his time there, he got interested in the hobby board game industry.

Hobby board games typically have an economic aspect to them, Childres explained. One of the most popular games of its kind is The Settlers of Catan, where players take on the roles of settlers who are attempting to build and develop holdings while trading and acquiring resources.

"There’s this whole big world that a lot of people don’t realize is there," he said. "Hundreds of board games are published each year, a lot by European publishers, and if you don’t go to trade shows you won’t really see them."

Childres went to weekly game groups around West Lafayette, Ind., and in 2014 attempted to design a game of his own.

It took him more than a year to design Forge War. It is a European-type game of resource investment and management in a high fantasy theme, according to his company's website, Cephalofair Games. Players mine metals and use them along with market designs to forge weapons to use on quests.

"I didn’t know what I was doing when I started designing," he said on his first attempt at a game.

Once the design was complete, he launched a Kickstarter to manufacture the game and put it in stores. He said the Kickstarter had a goal of raising $25,000, but it ultimately raised $100,000. He sent Forge War to a popular game reviewer, Richard Ham, who loved it, Childres explained, and "that really single handedly helped the campaign."

Childres spoke with his wife, Kristyn, and decided to pursue board game design for another year after the successful Kickstarter.

"The chances of having a successful business in the board game business, the margins are low with the upfront manufacturing costs," he explained. "I didn’t have a whole lot of optimism it would work, but I thought I would try it anyway."

Then came Gloomhaven, his "magnum opus," as he describes it on his website.

The game consists of players taking on the role of a mercenary with special skills. Players must work together to fight monsters and clear out dungeons and forgotten ruins, according to his website. Weighing 21 pounds, the game has 95 scenarios to explore, similar to a "Choose Your Own Adventure” book, and around 40 different monsters and 17 characters.

After it hit shelves in 2017, Childres said "everyone went nuts about it," and he received high praise. He launched a second printing for Gloomhaven, which raised around $4 million by 40,000 backers.

"I realized I had something crazy special on my hands, and it was going to be successful for a long time," he said. "It was overwhelming."

"I became a board game designer celebrity, which is kind of weird. In normal life no one knows who I am, but I go to these board game conventions and I’m a rock star," Childres added.

Price Johnson, vice president of Cephalofair Games, said what makes Gloomhaven so unique is that is allows players to discover a fantasy epic with friends with 150 to 300 hours of content.

"Very little is provided up front to players in terms of background, history or lore when they first begin a campaign of Gloomhaven. Heck, the vast majority of content is even sealed and kept secret from players at the campaign's onset," Johnson said in an email. "It's only through continual, cooperative, tactics and gameplay that they begin learning more about the world and even their own characters."

Johnson also believes Childres broke ground by employing a level of strategy and decision making into a genre of games that are stereotypically known to lean on elements of luck, such as dice rolls and random outcomes.

Otto Cargill, owner/manager of Otto's Video Games and More on White Lane, said his customers love tabletop games because they bring people together.

"The rise of popularity in these games over the past few years has been amazing and face-to-face time with real life people is an experience that a lot of players have come to embrace," he said. "It's always fun to pick up a controller, and since we sell video games as well we know it first-hand, but the physical action of picking up a dice or a hand of cards or an impressive miniature and facing your fellow players is something that is so difficult to replicate in an online space."

Gloomhaven is sold at Otto's Video Games and More.

Cephalofair Games has released a few related games to Gloomhaven since its initial release, such as Founders of Gloomhaven, and the expansion, Gloomhaven: Forgotten Circles, hit shelves earlier this month.

Childres said he has been contacted by different publishers to design games, and he has plans to work on ones that are not related to Gloomhaven in the future. The company will also be releasing merchandise for fans.

Ultimately, Johnson said their goal with Cephalofair Games is to "continue creating games that break the mold with their world building and theme and most importantly 'Epic Strategy.'"