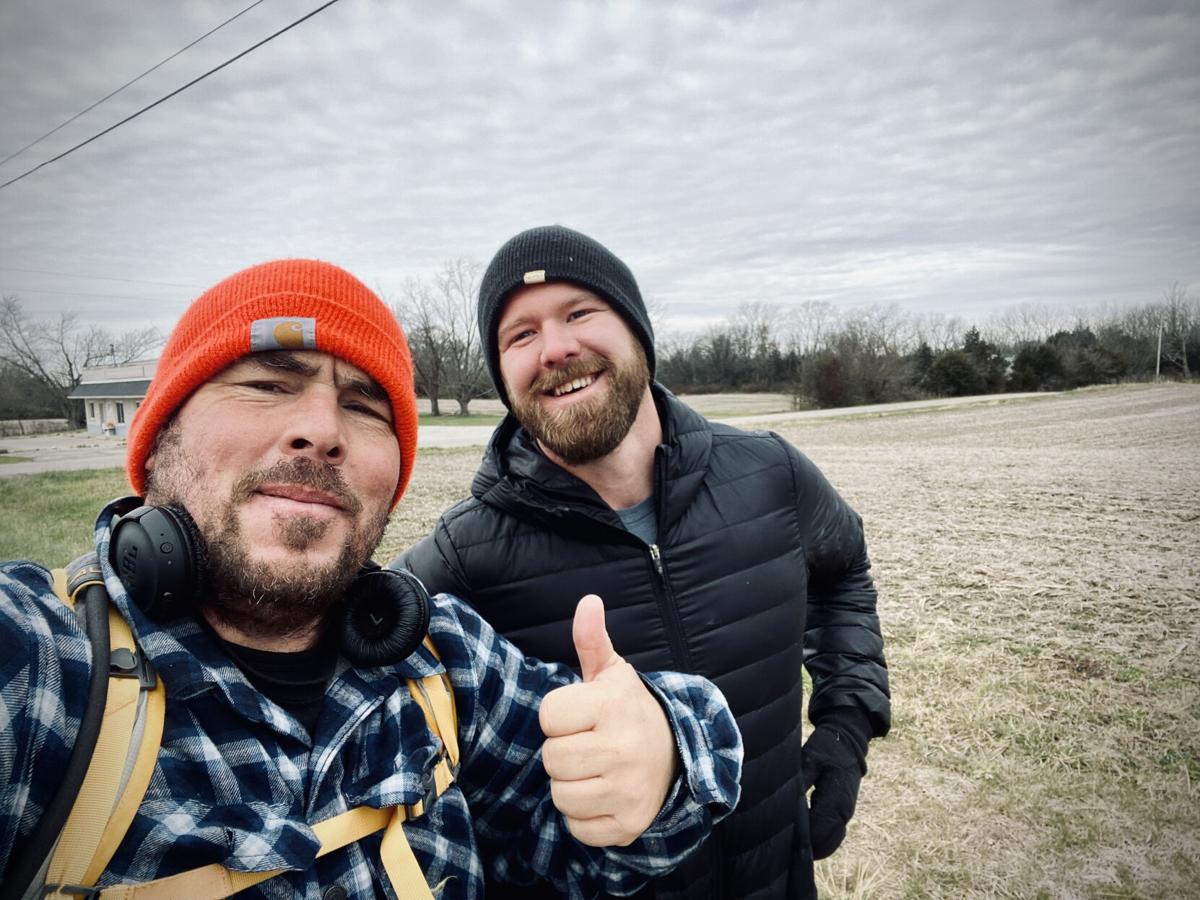 Robert Schrader, left, poses with an Ohio man who accompanied him on his journey for seven miles. 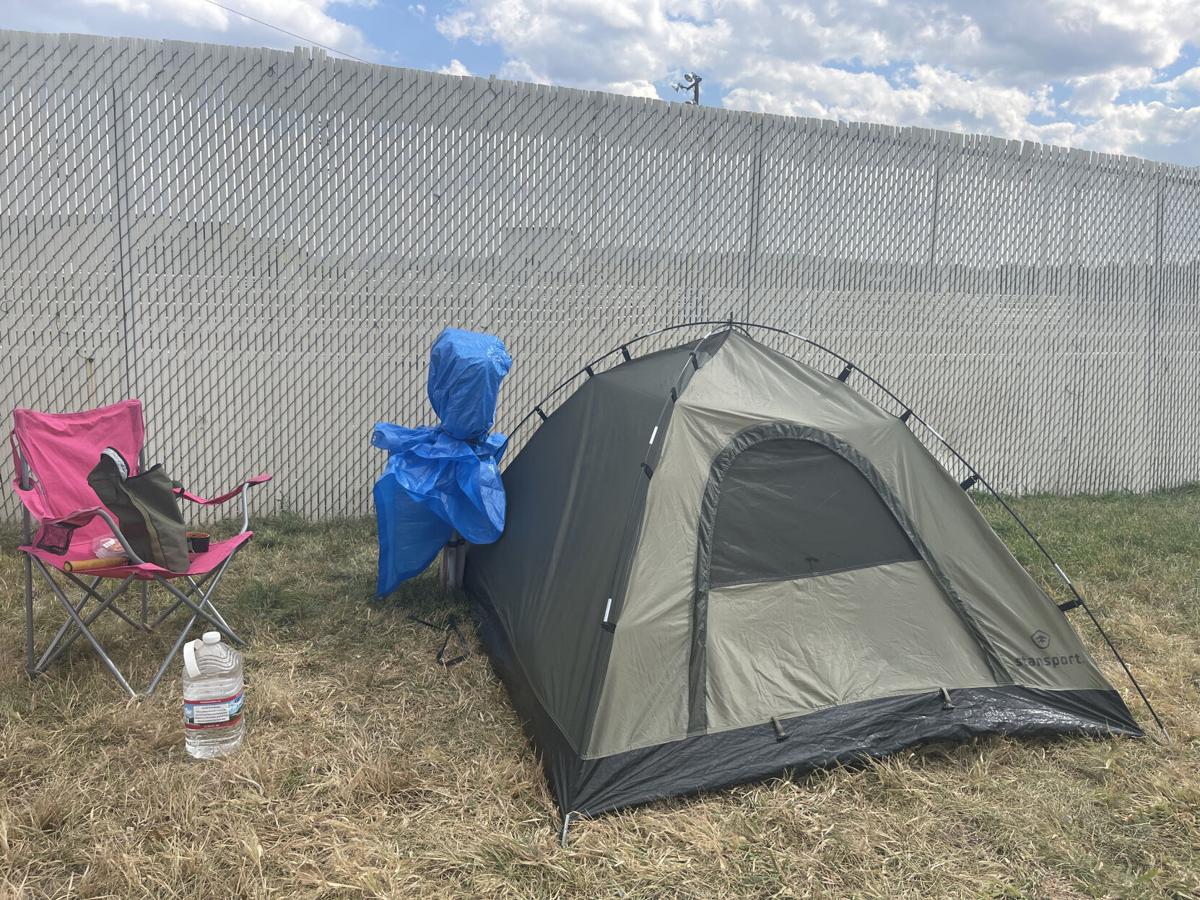 Robert Schrader slept in a combination of hotels and tents along his journey. 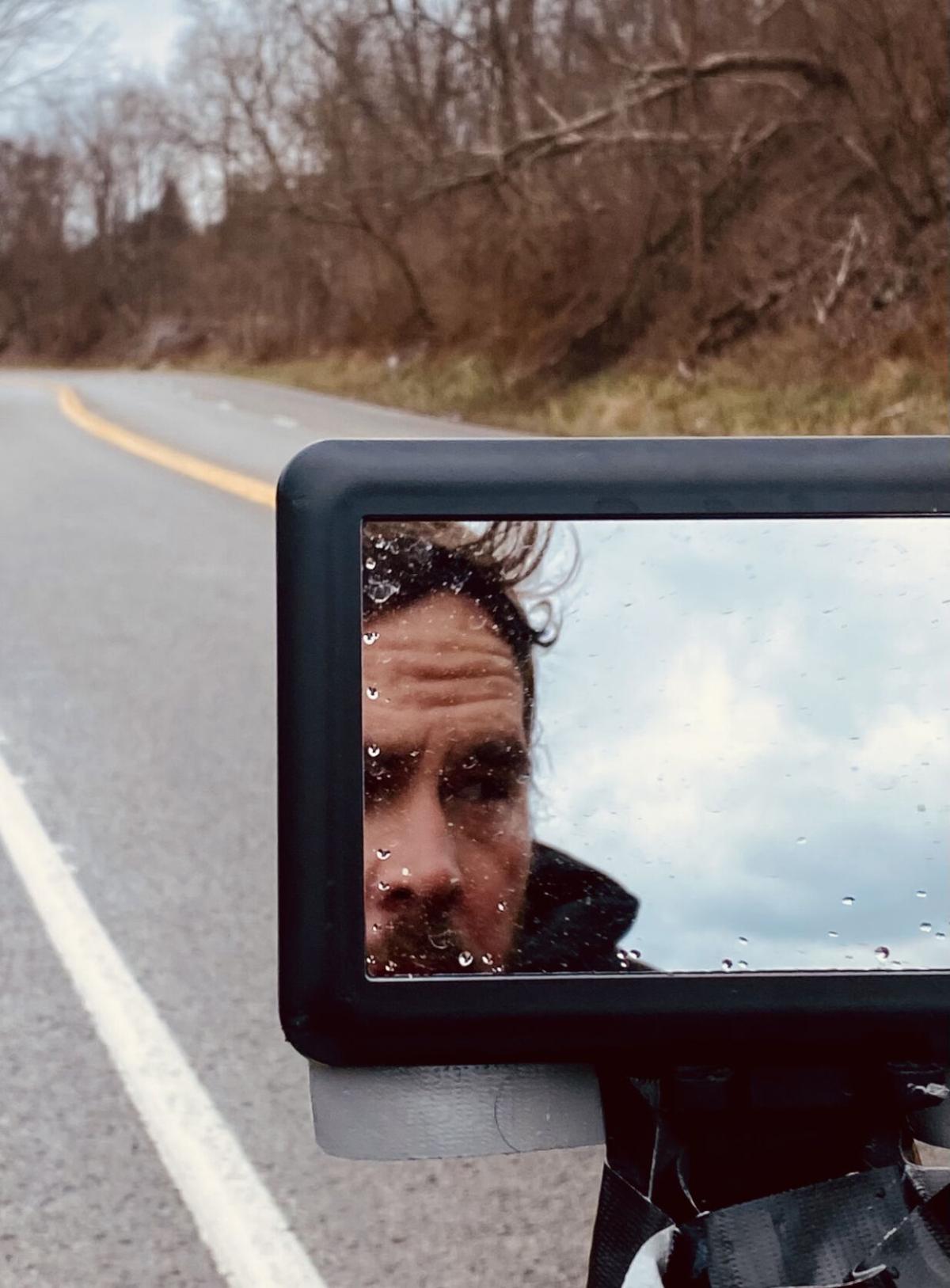 Schrader captioned this photo on Facebook with, "If you knew how much anger I have towards this mountain I’m climbing."

Robert Schrader, left, poses with an Ohio man who accompanied him on his journey for seven miles.

Robert Schrader slept in a combination of hotels and tents along his journey.

Schrader captioned this photo on Facebook with, "If you knew how much anger I have towards this mountain I’m climbing."

This past Christmas, Robert Schrader knew the perfect gift for his four children: himself.

He dutifully placed himself inside a large box and waited for around an hour before the fateful moment.

“We had a little hole I could see out there. I think I was more excited than they were,” Schrader said. “As soon as they opened up the box and it was lifted off of me, my 12-year-old hugged me for five minutes, the two boys were hugging me and my daughter was really confused about what was going on.”

It was the first time Schrader’s children had seen him since August.

For the past six months, Schrader has been walking across the country to raise money and awareness for child abuse. Starting on July 4 at the Golden Gate Bridge, he walked from California to New York, ending his journey on Dec. 23 at the Statue of Liberty.

He spent most of the trip pushing a cart along the highway. A sign attached to the cart advertised his mission, fundraising for a new facility in Bakersfield dedicated to mentoring and assisting parents and children impacted by abuse.

The trip was tough on his family, who had to settle for phone calls while Schrader was away, but his wife, Nila Hogan, said the children eventually came to root for their father.

“They were like, ‘It’s OK, daddy’s out stopping child abuse,’” she said. “Once they understood why he was gone, it was a proud moment for them. It was like, ‘Oh wow, my dad is fighting for this.’”

Schrader and Hogan run the nonprofit Y-Empowerment, which has an office in downtown Bakersfield. The nonprofit provides supervised visitation for families, along with classes on parenting, anger management and sexual abuse prevention.

They hope to expand with the money raised from this trek and other future fundraising endeavors to provide more mentoring and counseling services for children who have experienced abuse.

“Robbie has his own background in overcoming child abuse, so this is something that is very near and dear to his heart,” Hogan added. “One day, he just came to me and was like, ‘I want to walk across the United States.’ And I was like, ‘OK,’ and from there it developed.”

According to the Kern County Network for Children, 15,079 children were suspected of being abused or neglected in Kern County in 2019, the most recent year for which data is available. An average of eight children each day were later found to be victims of abuse and neglect.

The same study points out around 30 percent of abused or neglected children will later abuse their own children.

“We’re trying to stop that cycle so that it doesn’t continue on in the future,” Schrader said. “Our plan is to bring the stats down in Kern County.”

While on his journey, Schrader said abuse survivors caught sight of his sign and sought him out to share their stories, giving Schrader strength for the long road ahead. The trip garnered $20,877 in donations, which will go toward the construction of a new facility, which is still in the planning phase.

He plans to keep the momentum going to raise even more money and awareness for the cause. He said he now wants to sit on a pole for seven days in an effort to generate publicity.

“I don’t want the walk to end in New York. It’s going to keep on going,” he added. “I think if we do this right, we can bring Kern County together as a community a little more for a good cause.”

More information on Schrader and his walk can be found at www.followthewalk.org.