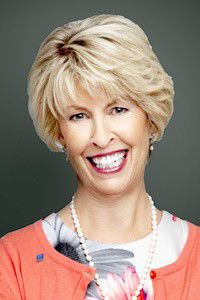 Sheri Anthes is former president of the Bakersfield Association of Realtors.

Sheri Anthes is former president of the Bakersfield Association of Realtors.

If they're not from Bakersfield, odds are your new neighbors are former Angelenos glad to be here.

New data shows what local real estate people have long understood: The vast majority of people considering a move to Bakersfield — by about a 6-1 margin — are from L.A.

In fact, numbers from the first five months of this year suggest that Bakersfield is the second-leading destination, after San Diego, for people planning to move out of L.A.

Local professionals say the primary reason remains housing affordability. But they also point to something new that may be attracting even more Angelenos: the increase in working from home during the quarantine.

Three real estate agents with whom Sheri Anthes works recently sold Bakersfield homes to people leaving L.A. She said all three of the buyers had just learned they could keep their jobs while working from home somewhere else.

The operations vice president at Coldwell Banker in Bakersfield said there are reports of people having a miserable time quarantining in L.A. crowds and that some buyers coming north have been willing to pay above list price.

Bakersfield Realtor Jeanne Radsick, president of the California Association of Realtors, said people from a region that used to look down on Bakersfield are now taking a closer look, seeing there are things to do locally and falling over at the prices.

What wasn't immediately available in the new data was a comparison with years past. Still, the numbers indicate Bakersfield has become a preferred destination for people looking to move out of Los Angeles.

Housing rental website Zumper released data Thursday indicating 1 in 3 people who searched for housing in Bakersfield during the first five months of this year did so from the Los Angeles area.

The Sacramento area was next at 1 in 20 area residents searching Bakersfield rentals, followed by Las Vegas, the Bay Area and San Diego, in that order.

On the other side of the equation, the list of places people in Bakersfield were considering moving was led by the Sacramento area, where about 1 in 20 local residents were looking to move, followed in order by Los Angeles, Fresno and Reno, Nev.

Bakersfield didn't show up in a top 25 ranking of cities whose residents were looking to relocate to Los Angeles.

The website also reports that, during the same period, Bakersfield was the second-leading destination for people considering leaving Los Angeles. Only San Diego, with 13 percent of recent housing searches outside the city, outpaced Bakersfield's 4 percent.

Other recent data highlight the stark difference in housing affordability between Bakersfield and Los Angeles.

This month, online real estate marketplace RealtyHop named Bakersfield the fifth most affordable housing market in the country. It said Bakersfield's average family would need to pay just $1,094 per month — a little more than one-fifth of its income — to own a home in the city.

But in Los Angeles, ranked in the same report as the nation's least affordable housing market, the average family would need to pay almost 93 percent of its household income to cover the cost of owning a home in the city.