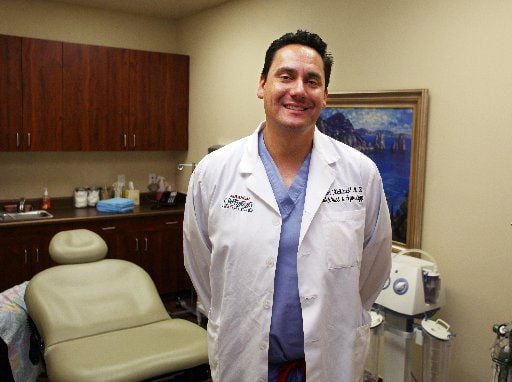 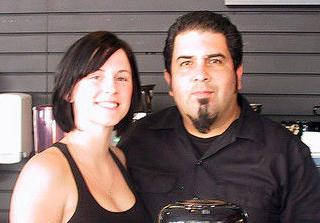 Archived photo of Tauney Lee Van Sickle and Frank Mark Sanchez, in 2008, at the soft opening of The Rocket Cafe coffee house at 19th and Eye streets. Both are now charged with sex crimes. 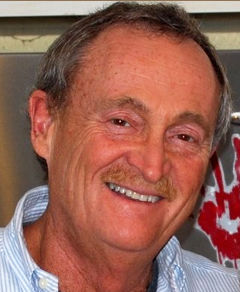 Robert G. Tupac, a dentist accused of causing severe pain and suffering for some of his patients, took his life in 2015.

Archived photo of Tauney Lee Van Sickle and Frank Mark Sanchez, in 2008, at the soft opening of The Rocket Cafe coffee house at 19th and Eye streets. Both are now charged with sex crimes.

Robert G. Tupac, a dentist accused of causing severe pain and suffering for some of his patients, took his life in 2015.

By and large, most people working in medical fields in Kern County are properly certified, adept at what they do and manage to keep their names from appearing on arrest sheets or malpractice lawsuits.

Some, however, have run into trouble, whether legally or with discipline meted out by a licensing board or other agency.

In the most recent example, Dr. Jason Paul Helliwell was placed on 42 months of probation beginning July 27 following allegations of gross negligence and sexual misconduct. The discipline was imposed by the Medical Board of California.

Among other things, the 46-year-old gynecologist — who also practices plastic surgery — was alleged to have performed breast augmentation surgery on two women who suffered serious complications.

In one case, the patient's implant ruptured when Helliwell tried to replace it. Helliwell told the women he didn't have a replacement at his office so he sutured the incision closed and didn't place a surgical drain, according to the accusation filed by the board.

Her symptoms worsened, and she was eventually admitted to an emergency room with sepsis, a potentially life-threatening complication.

As part of his probation, Helliwell is prohibited from practicing cosmetic surgery, with a few exceptions such as liposuction, attend an ethics course and have a third party present when he consults, examines or treats women patients in the office, among other things, according to the settlement.

Following are some other notable examples of those working in medical fields who been accused of wrongdoing:

Two people — one of them a nurse — were charged late last year with having sex with a minor.

Frank Mark Sanchez, 54, and Tauney Lee Van Sickle, 32, a nurse who worked at a local hospital, each face multiple charges in connection with engaging in sex acts with the girl. Both admitted to investigators that the acts occurred, according to court documents.

Van Sickle said the girl was 11 when she engaged in sexual conduct with her, the documents say. She said some of the acts were filmed for a "sex blog" run by Sanchez, the former owner of downtown Bakersfield cocktail lounge Green Room. She said she and Sanchez dated from about 2007 to 2009.

The alleged victim, now an adult, went to police headquarters Aug. 28 of last year with her mother and told police Sanchez began abusing her when she was 5 years old.

Van Sickle's nursing license has been suspended by the state Attorney General's Office. She and Sanchez are due in court Aug. 3.

Dr. Robert Tupac, who practiced in the Los Angeles area before opening a Bakersfield office, had at least 18 lawsuits and small claims cases filed against him citing problems with his work.

More than a dozen patients over three decades claimed in lawsuits that Tupac's work left them with issues varying from bone loss and excessive drooling to ill-fitting teeth or other painful problems. Some stated it would take thousands of dollars and multiple corrective procedures to fix the damage.

In 2012, Tupac, a prosthodontist, was accused of gross negligence and other wrongdoing by the Dental Board of California in a case stemming from complaints from two former patients and another Bakersfield dentist.

Three years later, the Dental Board of California revoked his license following a number of hearings regarding his alleged negligence. The state also ordered Tupac to reimburse it for the $61,743.70 cost of the investigation and hearing.

Tupac died in his dental office from a self-inflicted gunshot wound April 1, 2015, shortly after he learned of the board's decision.

In the early 1990s, Tupac fell under suspicion following the death of his wife, Marianne.

On Feb. 13, 1991, Tupac reportedly found Marianne with her head under water in the bathtub of their Westwood home. According to an autopsy report, Tupac told investigators Marianne might have overdosed on sleeping pills.

A supplemental autopsy report later concluded heart disease, drowning, strangulation and suffocation were all possible causes of her death. The Los Angeles County District Attorney's office declined to file charges in the case in 1992.

Self-described doctor sentenced to prison for practicing without a license

A man who claimed to be a doctor ran a business in Lamont where he practiced medicine without a license and administered injections to patients, according to the state Department of Consumer Affairs.

Alberto Gonzalez also admitted upon his October 2016 arrest to treating people in the Monterey and Seaside areas.

He pleaded no contest to a felony charge in August 2017 and was sentenced to two years in prison.

That hearing marked the second time in two years he pleaded to practicing without a license.

In 2012, Gonzalez was investigated by the Bakersfield Police Department when they learned he had been practicing medicine inside of his home.

Officers went to Gonzalez's residence in the 5700 block of Monitor Street and found 10 people waiting at the front door. Several vials of prescription medication and an uncovered trash can with used syringes were located in a bedroom.

When police asked Gonzalez where he got his medication, he said most of it came from salesmen who came to his home.

A Tehachapi doctor was sentenced in 2016 to six months in prison for a scheme to defraud patients and their insurers by implanting and billing for unapproved intrauterine devices.

Dr. Paul S. Singh bought unapproved IUDs on the Internet and fraudulently billed his patients and their insurers as if he had inserted FDA-approved versions of the birth control devices, according to authorities.

Singh was sent multiple bulletins and newsletters warning against the use of unapproved IUDs, and he was warned that products sold by online pharmacies had not been approved as safe and effective by the FDA. Singh implanted them in numerous patients without their consent from April 2008 to June 2012.

Many of Singh's patients later complained to him and other doctors about medical complications they associated with Singh's insertion of the IUD.