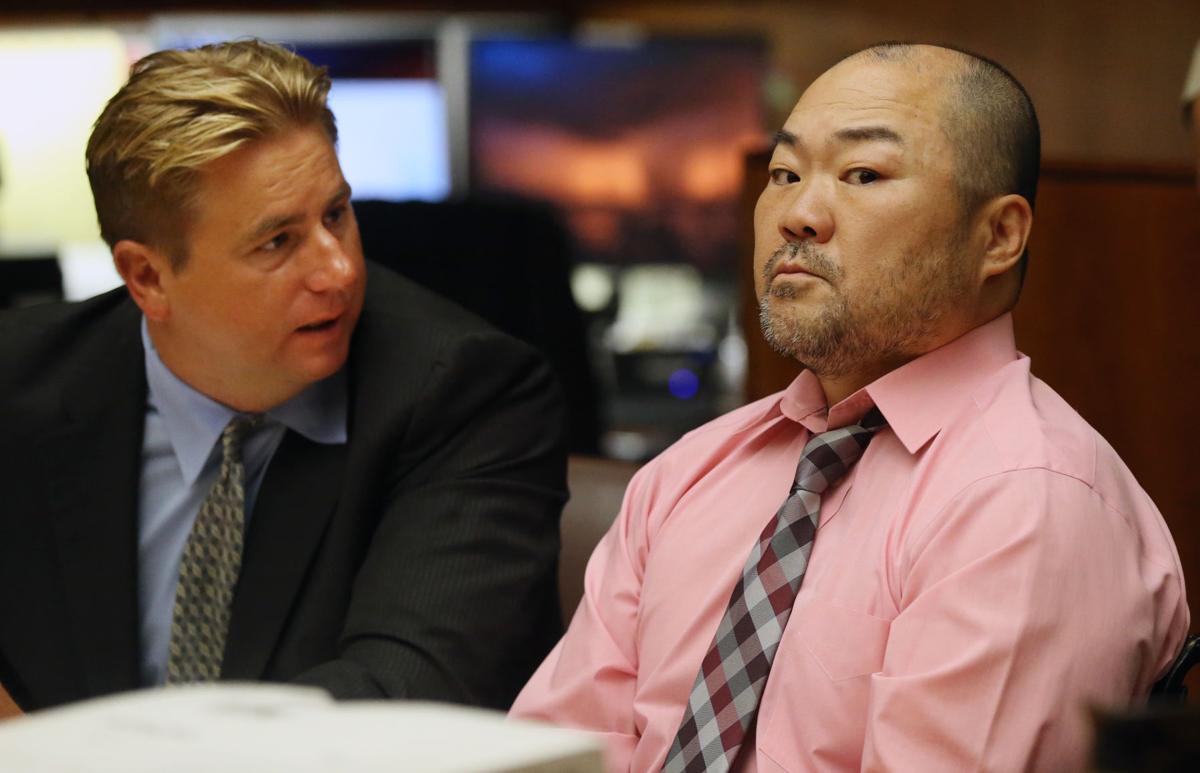 Joseph Son was sentenced to 27 years for the killing of his cellmate in Wasco State Prison in 2011, where he was serving a life term for torturing a woman. Son is best known for his role as Random Task in the first Austin Powers movie. At left is attorney T. Alan Rogers. 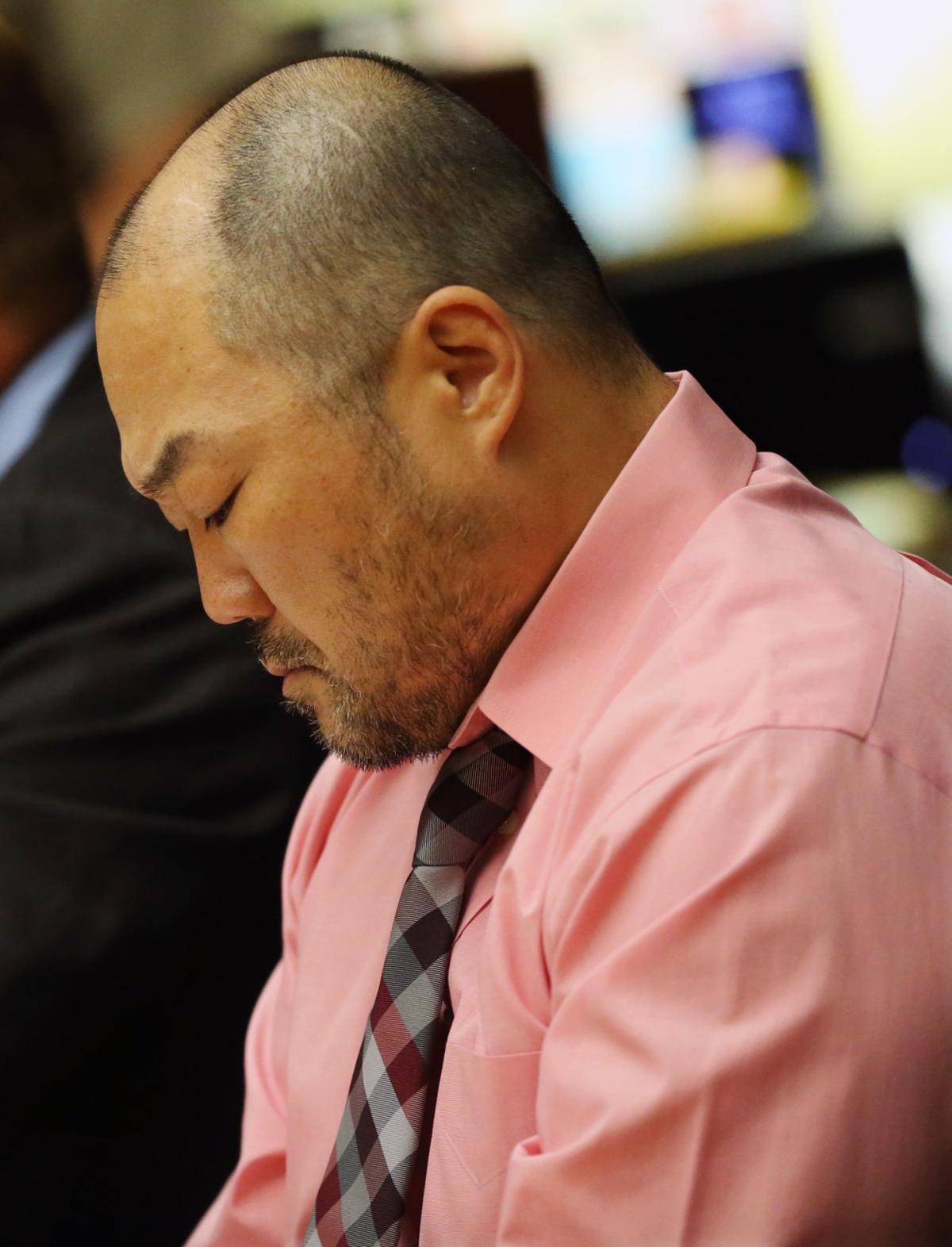 Joseph Son was sentenced to 27 years for the killing of his cellmate in Wasco State Prison in 2013.

Joseph Son was sentenced to 27 years for the killing of his cellmate in Wasco State Prison in 2011, where he was serving a life term for torturing a woman. Son is best known for his role as Random Task in the first Austin Powers movie. At left is attorney T. Alan Rogers.

Joseph Son was sentenced to 27 years for the killing of his cellmate in Wasco State Prison in 2013.

Joseph Son, a bit actor who achieved a measure of celebrity portraying a henchman in the first "Austin Powers" movie, was sentenced Wednesday for beating his cellmate to death in a Kern County prison.

Son, 46, showed no reaction as Judge John R. Brownlee gave him the maximum penalty of 27 years for his voluntary manslaughter conviction last month.

Due to a 2011 torture conviction in the rape of woman in Huntington Beach, it's likely he'll spend the rest of his life behind bars.

Brownlee made reference to the earlier conviction in rejecting a defense motion during Wednesday's sentencing hearing.

"That crime is as monstrous and despicable as anything this court has ever seen," he said.

Son's public defender, T. Alan Rogers, asked for a lesser prison term in part because Son offered to enter a no contest plea to voluntary manslaughter after prosecutors waived the death penalty. Prosecutors never offered a plea agreement, however, instead taking him to trial on a charge of assault by a life prisoner with force causing death.

If convicted, he would have faced life without parole. The jury instead found him guilty of the lesser charge of manslaughter.

Rogers said Son's cellmate, Michael Graham, was a troubled individual who was on suicide watch 30 days before his death. He said the jury's verdict shows it found Graham partly responsible for the altercation.

Graham was serving a two-year term for failing to register as a sex offender.

"Bad things happen when you have an individual on psychotropic medications and on suicide watch and force another person in a cell with him," Rogers said.

He also said Son took responsibility for the rape that landed him in prison. He said his client called it the worst decision of his life.

"Your honor, Mr. Son is a rapist, a torturer and now a killer as well," she said.

For a brief period, he was also an actor. Son played "Random Task" in the 1997 hit "Austin Powers: International Man of Mystery," starring Michael Myers.

"I told you I need to get out of here," California Department of Corrections and Rehabilitation reports said he told an officer. He then began washing his hands.

Graham was lying unresponsive on the cell's lower bunk with his eyes and mouth open, the reports said.

Officers handcuffed Son and medical staff worked on Graham, but he was pronounced dead at 5:50 p.m. He died from multiple blunt force trauma as a result of Son, a former mixed martial arts fighter, beating him with his hands.

In the torture case, Son and another man kidnapped a woman at gunpoint on Christmas Eve in 1990, drove her to Huntington Beach, then raped and threatened to kill her, according to The Associated Press. They eventually released her.

Son's DNA was linked to the attack after he provided a DNA sample after pleading guilty to felony vandalism in 2008, the AP reported.

During testimony he gave at trial in July, Son admitted to raping the woman but denied torturing her.

He said he had no intention of killing the woman. The only reason a gun was held to her head, he testified, was to make her compliant.