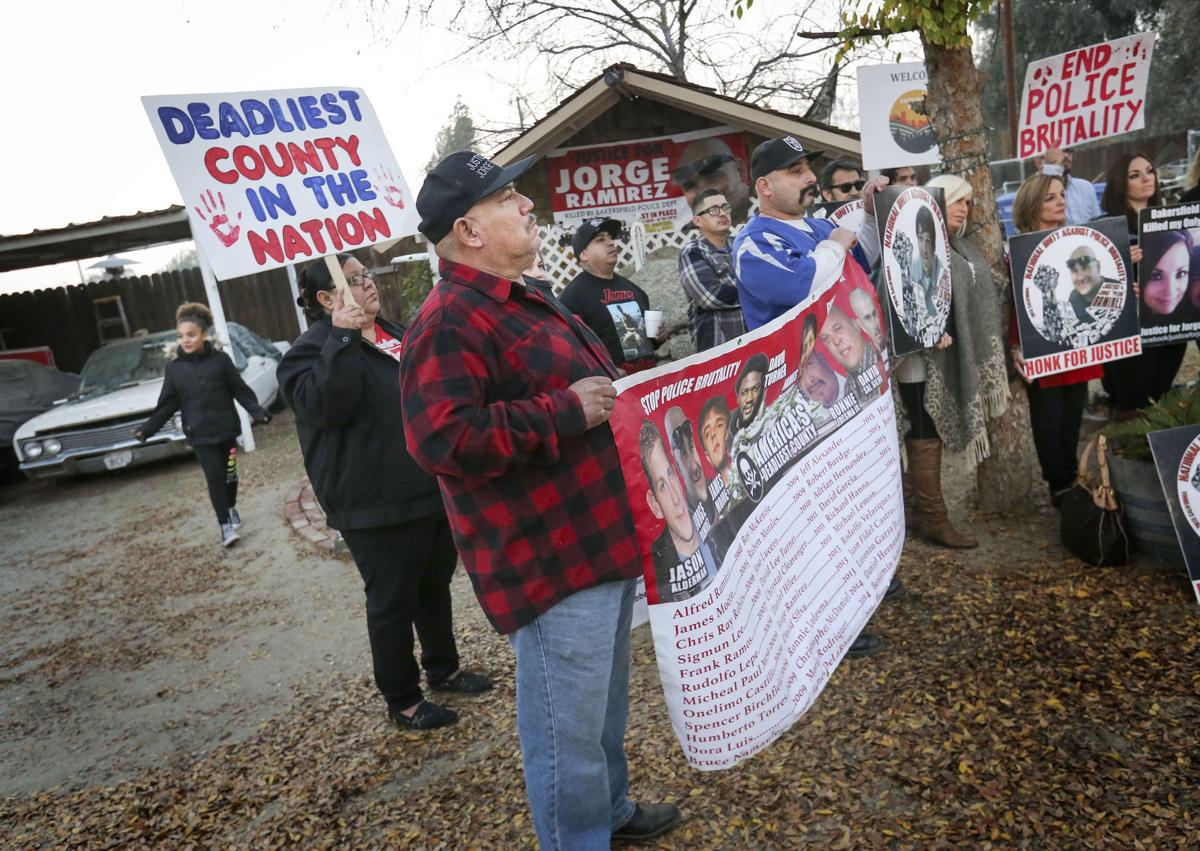 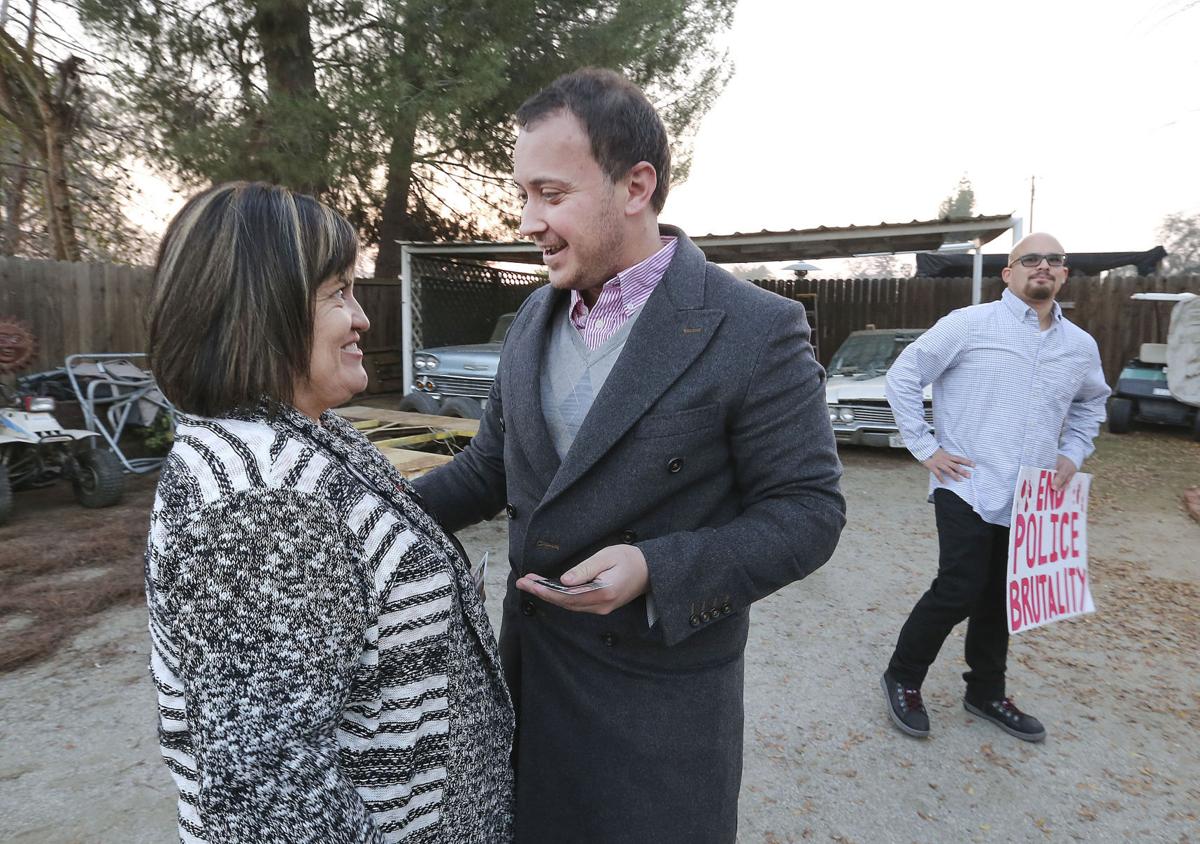 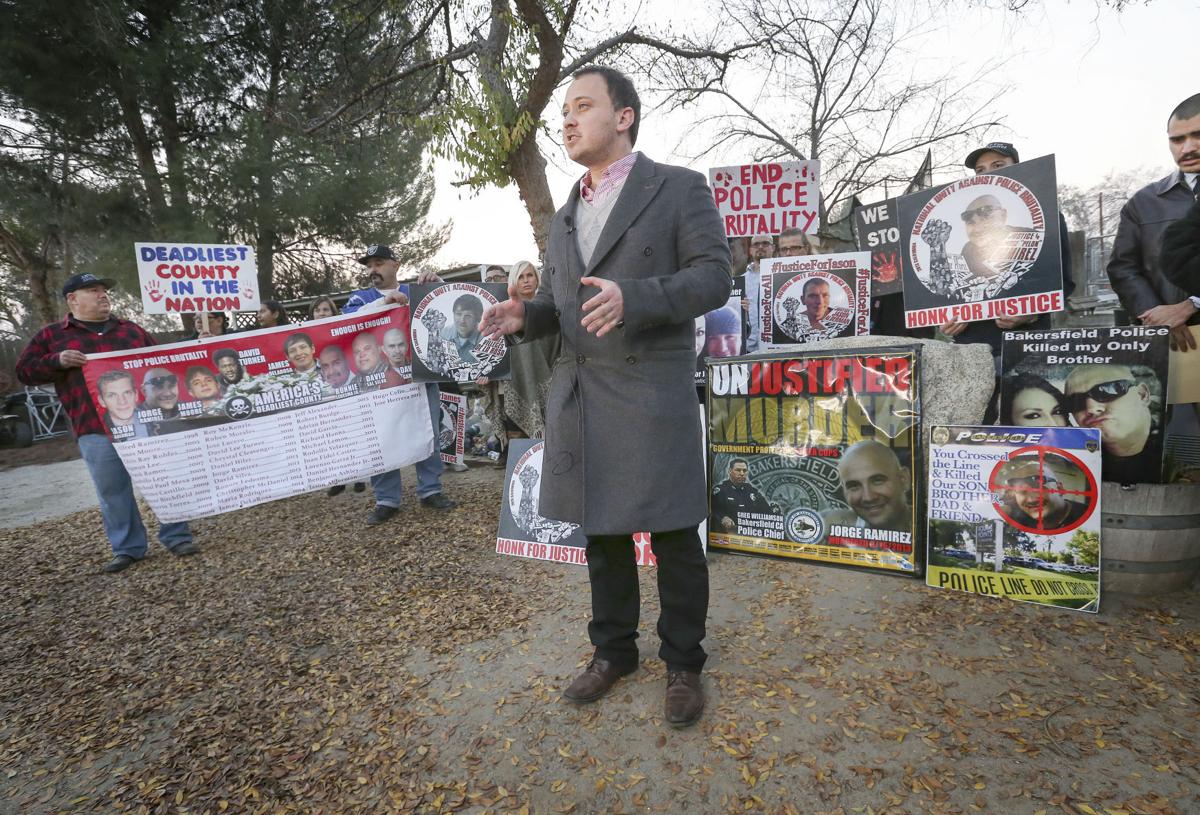 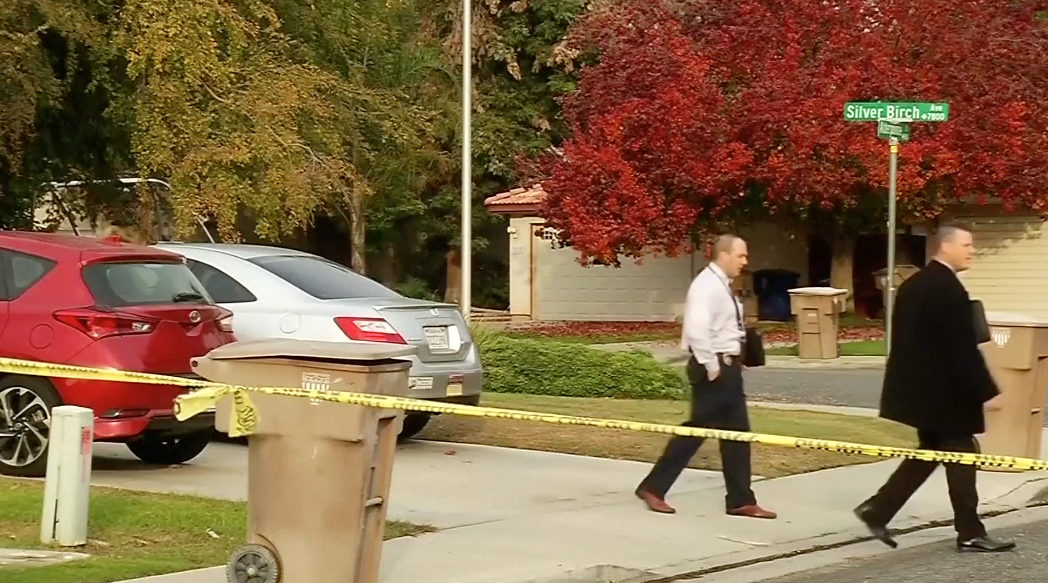 A 73-year-old man who was shot dead by police in southwest Bakersfield early Monday was unarmed, according to multiple reports. 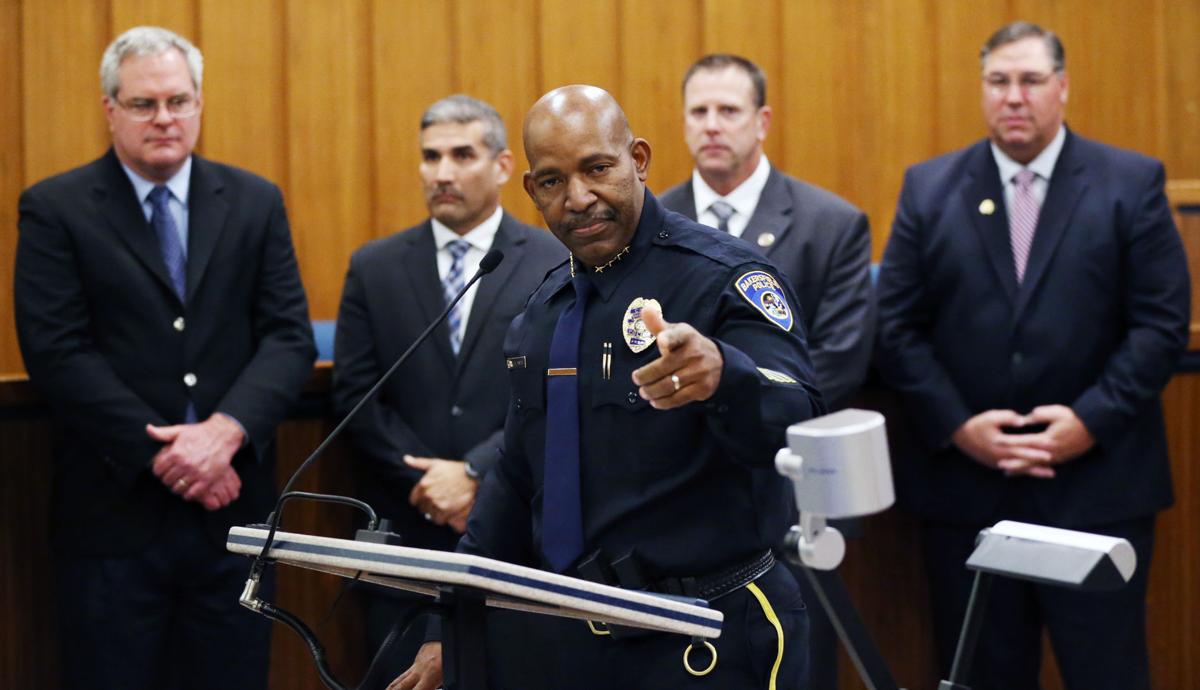 Bakersfield Police Chief Lyle Martin speaks to those who attended his swearing in ceremony at city hall. 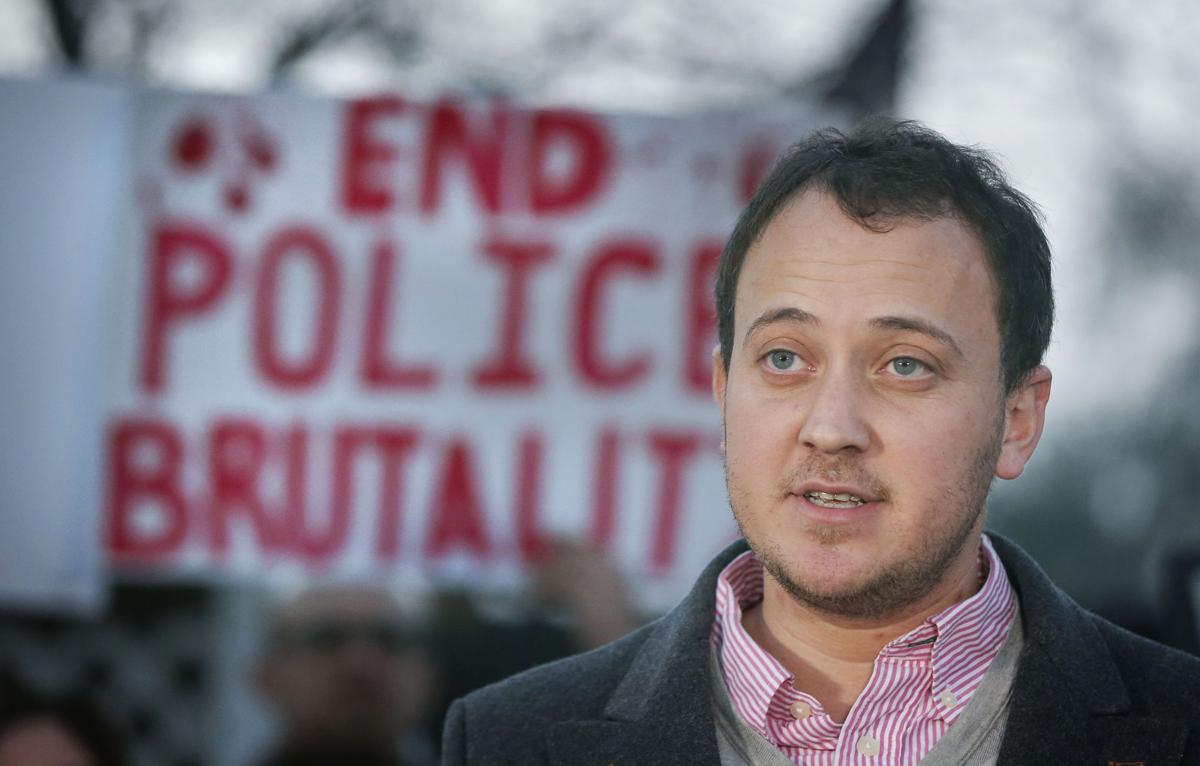 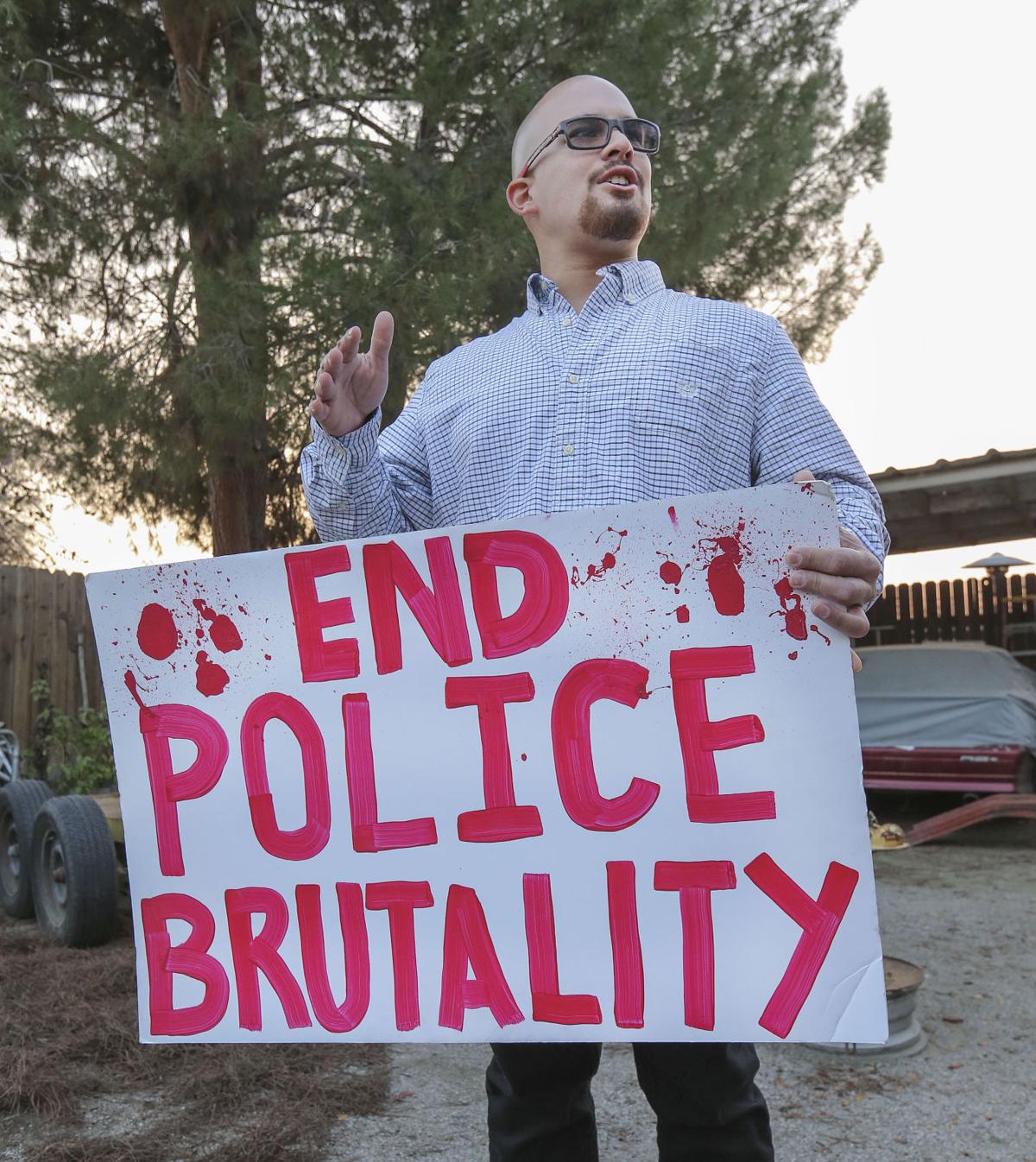 Christopher Eric Silva speaks about the death of his brother, David Sal Silva, while in the custody of the Kern County Sheriff's office. Silva has been active in bringing attention to citizen deaths involving law enforcement agencies in Kern County. He attended a press conference by Los Angeles attorney Ben Meiselas Thursday.

A 73-year-old man who was shot dead by police in southwest Bakersfield early Monday was unarmed, according to multiple reports.

Bakersfield Police Chief Lyle Martin speaks to those who attended his swearing in ceremony at city hall.

Christopher Eric Silva speaks about the death of his brother, David Sal Silva, while in the custody of the Kern County Sheriff's office. Silva has been active in bringing attention to citizen deaths involving law enforcement agencies in Kern County. He attended a press conference by Los Angeles attorney Ben Meiselas Thursday.

A press release from Harris’ office stated both agencies will be investigated for “a pattern and practice of excessive force” and related issues. The investigation will be civil, not criminal.

“The Attorney General’s decision to investigate the two law enforcement agencies was informed by complaints by individuals and community organizations, as well as by media reports, which allege use of excessive force and other serious misconduct,” the news release states. “Publicly available data sources concerning officer-involved shootings and deaths in custody were also reviewed and considered over the course of more than a year.”

“We welcome an investigation, just as we did with the FBI in the David Sal Silva investigation,” Youngblood said. “We will cooperate totally. We believe we’re following the law.”

Youngblood said media coverage of the BPD and Sheriff’s records with the use of force and civil rights issues seem to have played a part in Harris’ decision to launch the investigation.

“In the letter she sent me she references news media complaints,” Youngblood said.

Newly sworn-in Bakersfield Police Chief Lyle Martin, through a spokesman, declined to talk to a reporter about the investigation directly or answer questions.

In a press release, the BPD stated that the chief will be meeting with the California Department of Justice in January and will get details of how the investigation will progress, and share them with the public.

“The trust and confidence of the public is vital to the credibility and effectiveness of the Bakersfield Police Department,” Martin was quoted as saying in the press release.

The statement from Martin’s office said that the Bakersfield Police Department will also cooperate fully with the investigation.

Harris, who takes a new job as U.S. Senator next year, is quoted as saying, “Excessive use of force and police misconduct erode and undermine the public’s trust in our law enforcement agencies.”

Officer-involved killings by Kern County law enforcement agencies have thrust the BPD and the Kern County Sheriff’s Department into the public eye over the last several years.

“In all, 13 people have been killed so far this year by law enforcement officers in Kern County, which has a population of just under 875,000,” The Guardian wrote. “During the same period, nine people were killed by the NYPD across the five counties of New York City, where almost 10 times as many people live and about 23 times as many sworn law enforcement officers patrol.”

“Today is a very big day for justice, a day everybody behind me has been demanding for years now,” Meiselas said during a press conference Thursday, where he was flanked by victims and victims’ families. “It’s about time we get the attention of the DOJ. It’s about time we bring change to this community.”

The DOJ investigation is as much a result of high-profile police shootings in Bakersfield, like the recent death of 73-year old Francisco Serna — an unarmed dementia patient — as it is the dogged determination of victims’ families to see change, Meiselas said.

Lawyers, victims’ families and nonprofit groups have created local alliances that have been calling for more accountability within law enforcement.

Joey Williams, a lead organizer for Faith in the Valley Kern, has been a fierce advocate against police brutality and excessive use of force. On Friday, he and his lawyer had a teleconference with a DOJ staff member and outlined the instances of officer-involved shootings in recent years.

Advocates have been marching and holding press conferences for years, Meiselas said. In October, he called for the DOJ to install a federal observer and provide oversight to the department.

And other local law firms have added their own suits on behalf of grieving families.

One of the most prominent cases, the 2013 in-custody death of David Sal Silva, prompted an FBI investigation and a civil lawsuit. The FBI completed its investigation in 2014 without finding enough evidence to support criminal charges against the Kern County Sheriff’s deputies and California Highway Patrol officers who fought with Silva and hobbled him with a restraint commonly known as hog-tying. Silva died of heart disease, according to a pathologists’ report.

“Did you see what you did?” Meiselas asked Sal Silva’s brother, Christopher, greeting him with a hug when he arrived in Bakersfield Thursday.

“We made an impact,” Silva said, adding that historically, victims have not received justice. “There’s no justice here in Bakersfield,” he said.

The County of Kern later settled a civil lawsuit, filed on behalf of Silva’s family by Chain Cohn Stiles, for $3.4 million.

“For us, it’s the closest we can come to justice right now,” Silva said.

And the officer-involved deaths continue to take place.

Several fatal shootings involving law enforcement have occurred in the past two years:

Serna’s family said he suffered from dementia. Police said Serna approached officers with his hands in his pockets, refusing to stop or show his hands.

An officer fired when Serna was 15 to 20 feet away.

Witnesses reported hearing an officer order Alderman to “drop the gun” numerous times. Prosecutors concluded the facts and the law indicated the officer’s actions were “objectively reasonable and therefore justified” as the officer believed Alderman pointed a short-barrel rifle at his head.

Villegas’ body was taken to Kern Medical Center, where an officer tickled his feet and said he “loves playing with dead bodies,” according to BPD reports. That officer, Aaron Stringer, is no longer with the department.

This isn’t the first time the BPD has been investigated for an alleged pattern of excessive force.

In 2003, the U.S. Department of Justice launched what would become a four-and-a-half year investigation after receiving numerous complaints of deadly and non-deadly excessive force and discriminatory policing methods.

In April 2004, the DOJ suggested policy changes in a 19-page letter to the department and BPD began making those changes including some in its use-of-force and officer-involved shootings policies.

In 2008, the DOJ reviewed those changes and announced the BPD hadn’t stepped over any constitutional lines.

The December shooting by police of an unarmed 73-year-old man, which sparked outrage and calls for a federal investigation, has been ruled wit…