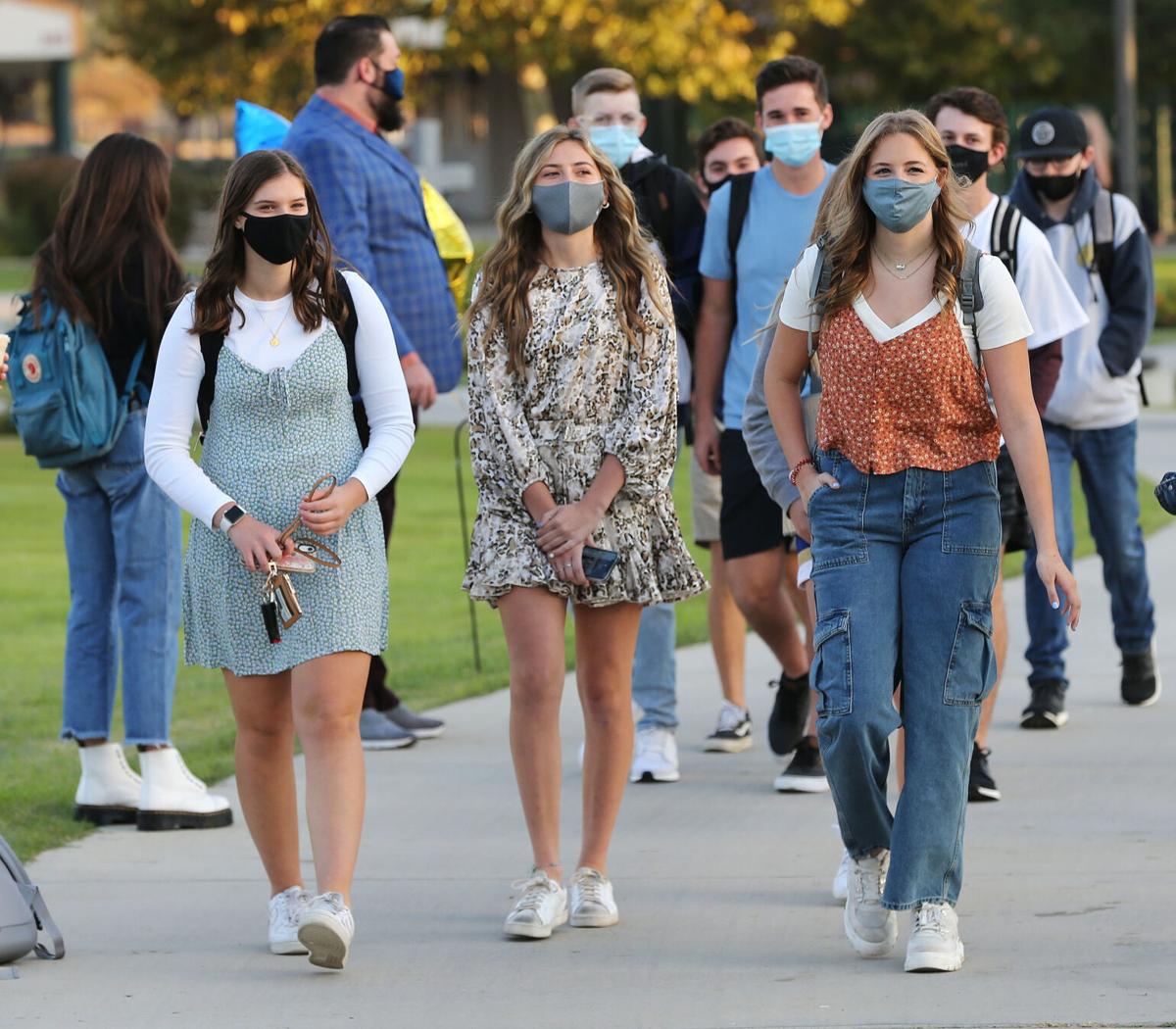 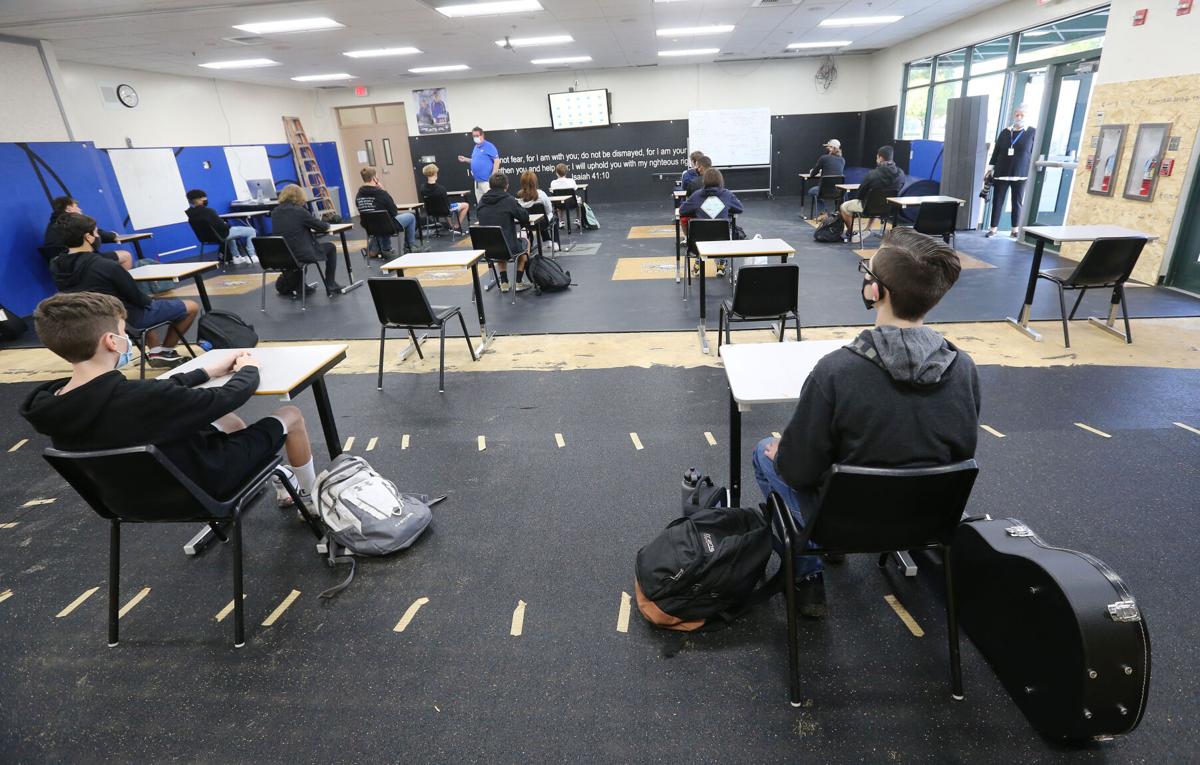 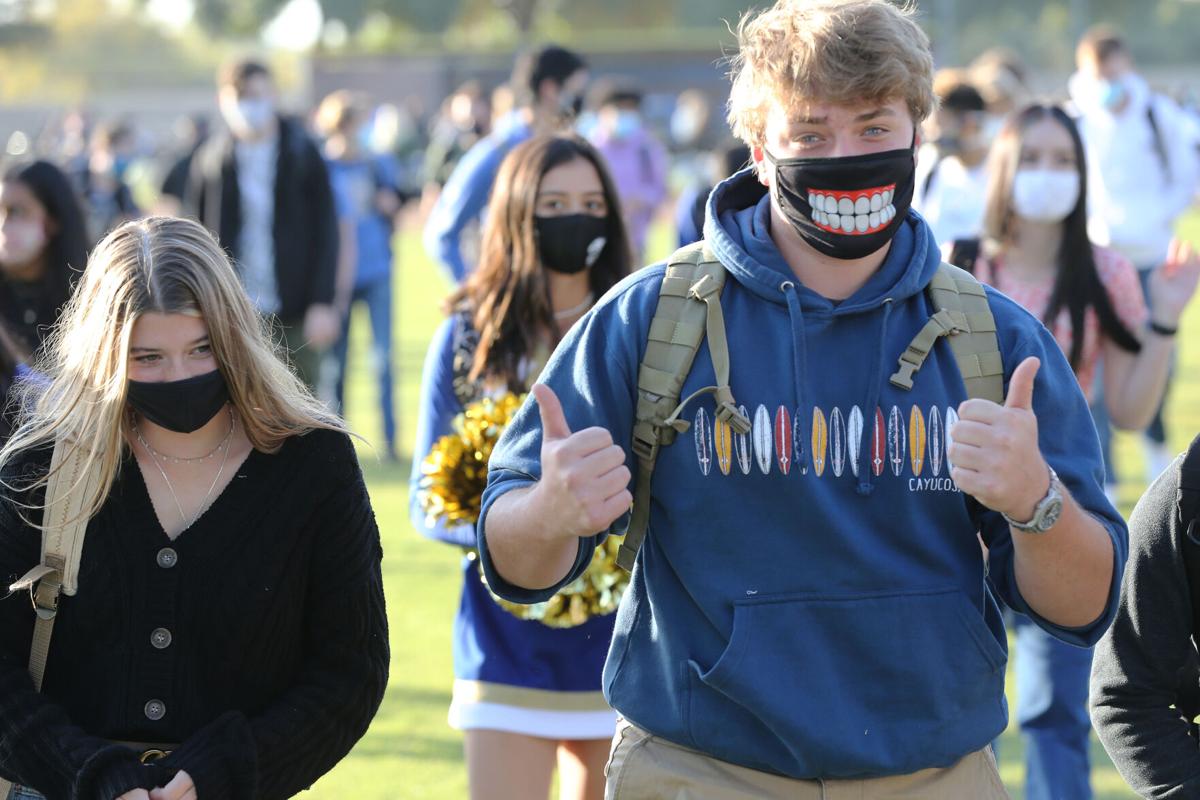 Bakersfield Christian High School, which opened its doors to all its students less than three weeks ago, announced it is pausing in-person schooling after students tested positive for COVID-19.

Schools in California are required to shut down after 5 percent of a campus' population tests positive for coronavirus. BCHS President John Buetow made the decision to shut down voluntarily before that threshold was reached.

The high school is the second campus in Kern County to shut after reopening its doors to students. Horace Mann in the Bakersfield City School District closed last week after staff members tested positive. It did trigger the 5 percent threshold, due in part to the low number of students and staff on campus.

"In an abundance of caution and with Thanksgiving vacation only a few days away, BCHS believes it is prudent to take advantage of this time period to try and stop the spread of COVID on campus before the numbers become too great," wrote Karen Dierks, the school's vice president of advancement, in a public statement.

Buetow shared more details about his decision in an announcement posted to the school's website on Monday night. He said four students had tested positive for the virus in the previous 24 hours, bringing the total number of students to seven in "relatively recent days." He added that the school was contact tracing and was still awaiting results of other students' tests.

Matt Constantine, Kern County Public Health Services director, commended school leaders at both BCHS and BCSD. He said it's not an easy call to make, especially in Buetow's case where he shut down in-person learning before the campus hit the state threshold that would have required closing. He added it's not easy to make a call when shutting down a school can throw a family's plans for child care into disarray.

"He sets a good example for the other schools," Constantine said.

In BCSD's case, he said Superintendent Doc Ervin notified his department about cases at Horace Mann before the campus hit the state threshold, and the district was ready to shut down the campus quickly.

Constantine said he had not been notified of any other campus that had shut down because of COVID cases.

Now that the county is back in the more restrictive purple tier, most schools tend to fall into two camps. Schools that reopened to general education students while the county is in the red tier are allowed to remain open. Some schools have been on this path since Oct. 28, such as Norris Elementary and Rosedale Union school districts. Other schools, many of them private, also opened beforehand through the waiver process.

But many public schools, which serve the bulk of students in the county, have only opened their campuses to small cohorts of vulnerable students — which is allowable in the purple tier. They only have tentative plans, if any, to open to these students in January. Some of these districts include Bakersfield City School District, Panama-Buena Vista Union and Greenfield Elementary school districts.

Standard Elementary School District Superintendent Paul Meyer has no date on the calendar to shift into in-person learning. He said the district had brought back six cohorts but there was otherwise "no change at the moment here."

One possible exception is Kern High School District, which was planning to bring back all of its career technical students onto its campuses, including the new Career Technical Education Center, in December. Small cohorts of vulnerable students have already been brought on, but not general education students.

"As of right now we are focusing on the cohorts that have already returned," said district spokeswoman Erin Briscoe. "As for future cohorts returning, we are monitoring the situation."

Many Catholic schools, which opened for in-person learning once they could, anticipated a bump in COVID-19 around the holidays and built it right into their schedule. Schools in the Roman Catholic Diocese of Fresno, which include Garces Memorial High School and St. Francis, planned for a long winter break that begins Nov. 25 and ends Jan. 11. To make up for it, students will attend school until June 15.

Superintendent Mona Faulkner told The Californian when the schools opened that administrators decided it made sense to pause the school year during the holidays because "so many families travel or there are family gatherings and we have the flu season."

Horace Mann Elementary School, a Bakersfield City School District campus on the city's east side, has been shut down because of multiple COVID…