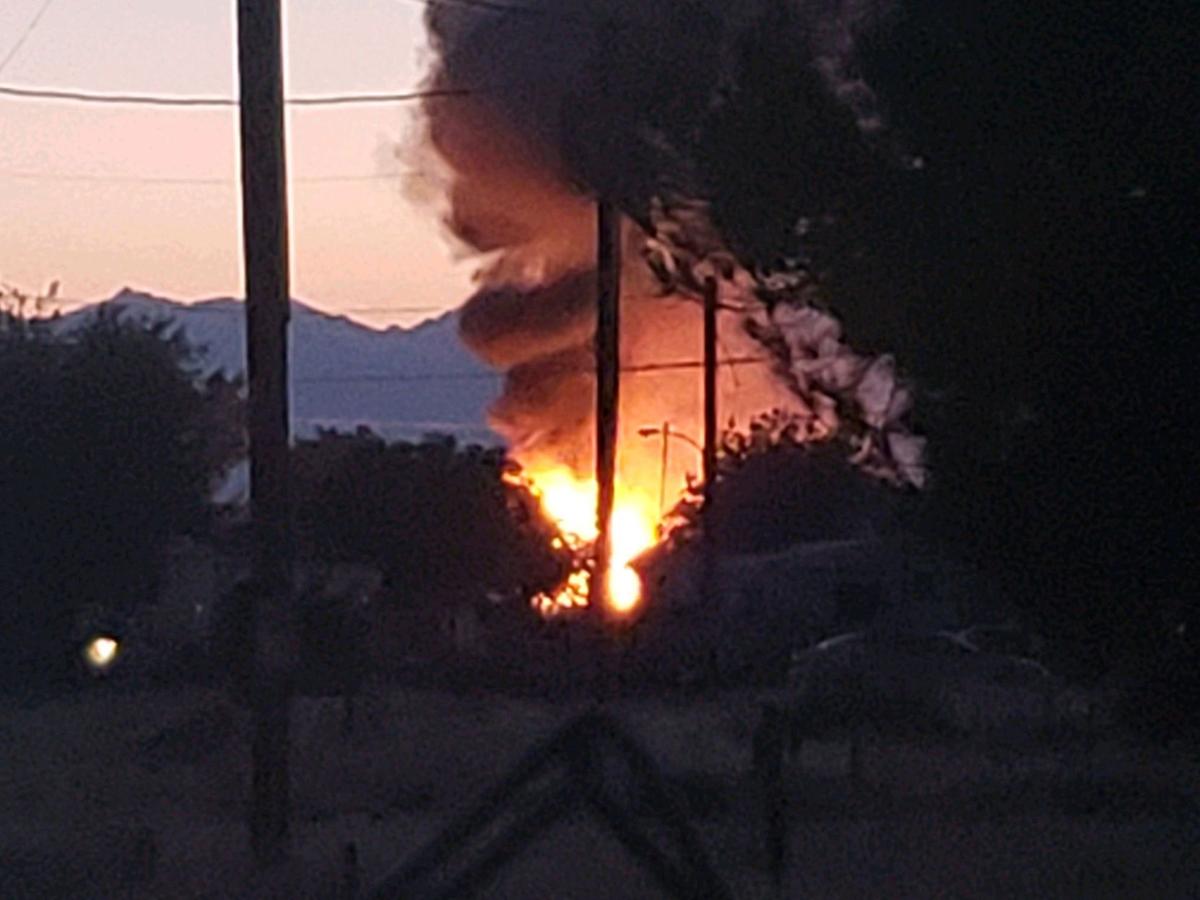 A fire broke out by Casa Corona in Ridgecrest after a magnitude 7.1 earthquake hit the region in July. 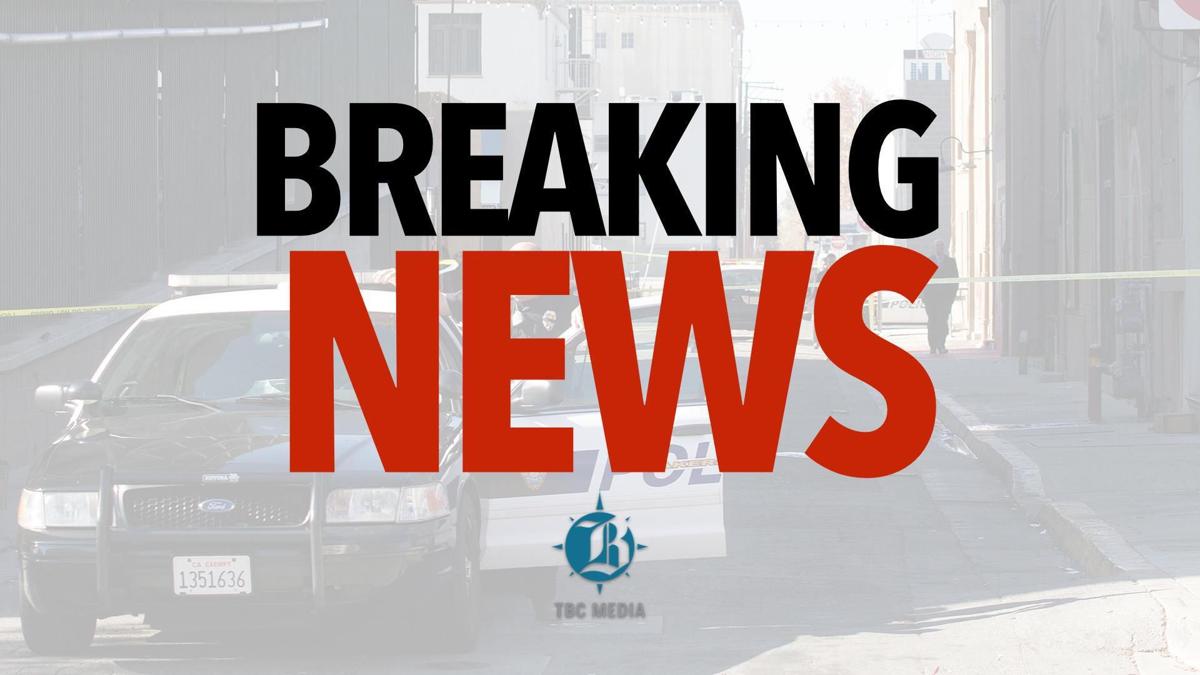 A fire broke out by Casa Corona in Ridgecrest after a magnitude 7.1 earthquake hit the region in July.

The temblor came in at magnitude 7.1, although it was also previously reported at 6.9, according to the United States Geological Survey. It surpassed Thursday's 6.4 earthquake that took place in what appears to be the same general area.

The Associated Press reported the quake was felt as far north as Sacramento, Las Vegas to the east and in Mexico.

Kern County Fire Department Chief David Witt said in a press conference in Bakersfield on Friday night that multiple resources from Kern County and surrounding areas are being dispatched to Ridgecrest.

"A lot of people are here to help," Witt said.

No fatalities have been reported, Witt said.

"Many concerns" are plaguing first responders, including collapsed buildings and people trapped in buildings, Witt said.

"I am very confident that we can take care of this situation," Witt said.

A news conference also took place in Ridgecrest late Friday night into Saturday morning. It was livestreamed by KGET-17.

Public safety officials said firefighters responded to two structure fires, and they were inundated with emergency calls. Officials also said Ridgecrest Regional Hospital was sheltering in place until conditions could be evaluated.

Ridgecrest Mayor Peggy Breeden urged residents to be extremely careful, including while driving, saying "many people are sleeping outside tonight."

While a shelter is available in Ridgecrest, she said that "many are choosing to be with their neighbors" and are staying close to their homes.

"It is not an impossible task to take care of this," but it will take longer than expected following Friday night's quake, Breeden said during the livestreamed news conference.

Kern County First District Supervisor Mick Gleason, who represents the Ridgecrest area, thanked first-responders. He said he talked to the White House and California Gov. Gavin Newsom. He noted both Rep. Kevin McCarthy, R-Bakersfield, and state Sen. Shannon Grove, R-Bakersfield, had been in the city Friday.

Gleason said he looked forward to putting this to bed "as soon as Mother Nature stops hounding us."

According to the County of Kern Twitter account, there is an emergency shelter open at Kern McGee Center, located at 100 West California Ave. in Ridgecrest.

• Water has been tested and it's good.

• The dam at Lake Isabella was evaluated and cleared.

• Highway 178 through the canyon was open in both directions.

• Only minor injuries had been reported.

• A total of 129 people were reported to be at the Kerr McGee Center in Ridgerest, which had been set up as a shelter by the Red Cross. An unknown number of those people are from Trona.

• She noted that another update would be provided at 8:30 a.m. Saturday.

Also early Saturday, Newsom issued an emergency proclamation for San Bernardino County, given it "was also impacted by the effects of a second large magnitude earthquake near Ridgecrest that has damaged critical infrastructure, homes and other structures and caused fires," according to a statement from his office.

The shockwaves from Friday night's quake were felt throughout Bakersfield and Tehachapi.

"I was serving a table and they were like 'Oh, there's an earthquake!'" said Blanca Trejo, a waitress at Denny's on Merle Haggard Drive who was working at the time of Friday's earthquake.

Trejo didn't feel the quake at first while standing.

"They told me if I sat down I would feel it, so I sat down and I felt it. It was pretty heavy."

Sebastian Martinez, the manager, noted that like the videos of people's pool water swaying back and forth, the oil in the fryers were doing the same during the earthquake.

"We didn't really feel it in the back but the oil was moving around and the lamps (which hang from the ceiling of the building) were swaying."

Outside of that, there was no damage.

Caltrans reported that Highway 178 is closed from the San Bernardino County line to the junction of Highway 190 due to the quake, according to a news release from public information officer Christine Knadler. The highway through the canyon was closed for hours, but then reopened.

"Maintenance crews are working alongside CHP to assess all roads and bridges in the area," Knadler wrote. "The public is encouraged to stay clear of the area until a full assessment has been completed."

SR-178 through the Kern River Canyon is closed due to rock slides, please avoid the area. #trafficalert https://t.co/WbB0JtD1Gu

The city of Tehachapi has felt the majority of the aftershocks, "some very strong," city spokesman Key Budge said via email.

Personnel in Tehachapi have checked the water and wastewater systems; they found no damage and all systems are working, Budge reported.

The County of Kern Facebook page said: "We’re again receiving requests for individuals wanting to drop off donations. We currently do not need donations and would ask for the community’s help in holding off until we know if anything is needed."

This story will be updated. Californian staff member Teddy Feinberg contributed to this report.

The American Red Cross offers these safety tips, and says more can be found at redcross.org/earthquake

Caring for yourself and loved ones

• If you are at home, look quickly for damage in and around your home and get everyone out if your home is unsafe.

• Listen to a portable, battery­ operated or hand­ crank radio for updated emergency information and instructions.

• Pay attention to how you and your loved ones are experiencing and handling stress. Promote emotional recovery by following these tips.

• Watch animals closely and keep them under your direct control.

• Help people who require additional assistance — infants, elderly people, those without transportation, large families who may need additional help in an emergency situation, people with disabilities, and the people who care for them.

• Be careful when driving after an earthquake and anticipate traffic light outages.

Aftershocks are still a possibility, so if another earthquake or aftershock comes:

DROP, COVER and HOLD ON

• Move as little as possible — most injuries during earthquakes occur because of people moving around, falling and suffering sprains, fractures and head injuries.

• Try to protect your head and torso.

• If you are in bed, stay there, curl up and hold on, and cover your head.

• Stay indoors until the shaking stops and you are sure it is safe to exit.

"On behalf of all Californians, I offer my heartfelt support to those affected by tonight’s earthquake near Ridgecrest. The State of California will continue to offer support to aid residents in the region.

“I have also activated the State Operations Center in Mather, California to its highest level and the center is already working closely with state, federal and local emergency managers and first responders.”

RIDGECREST — After a magnitude 6.4 earthquake hit the city of Ridgecrest on Thursday, and was followed by Friday morning aftershocks, Sharon S…