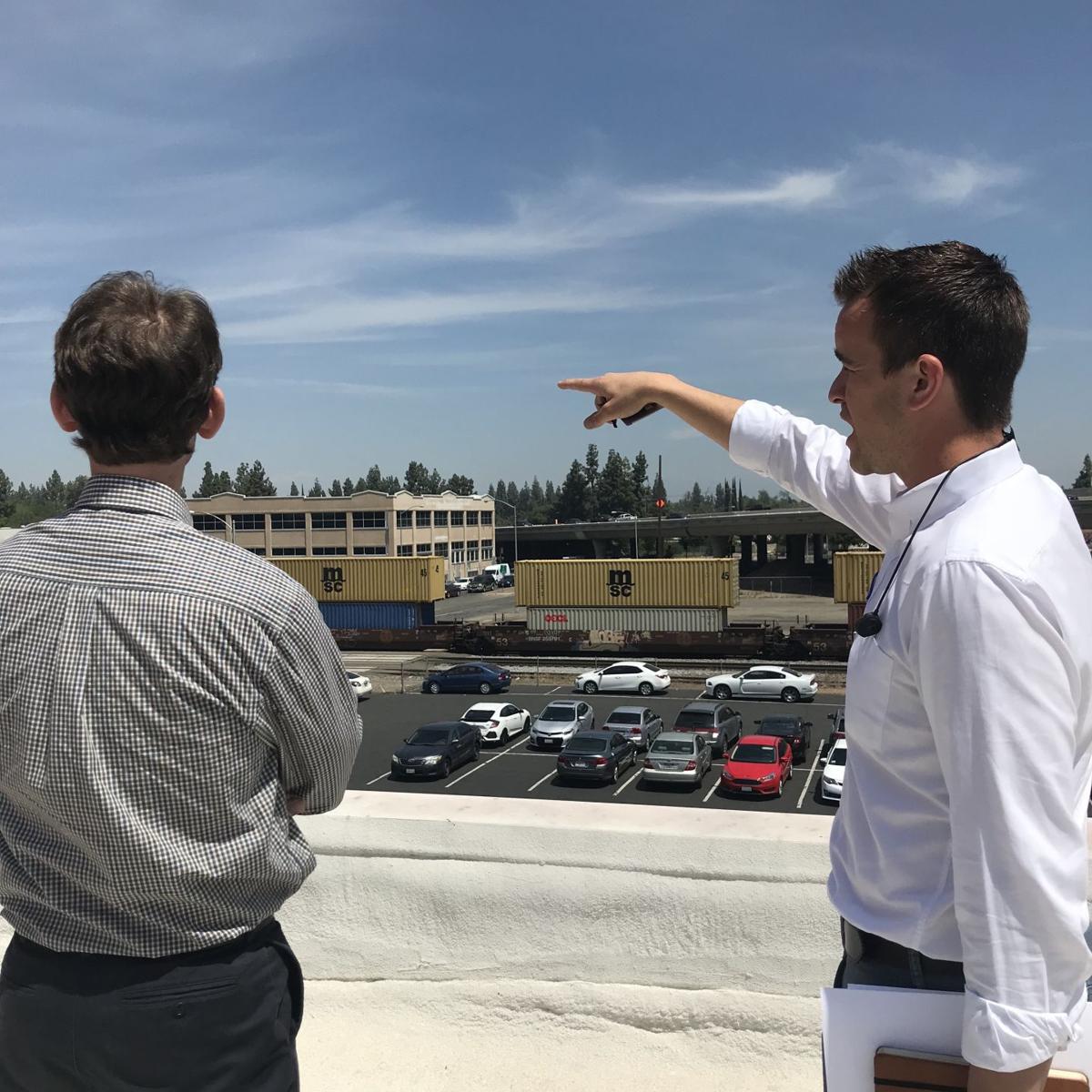 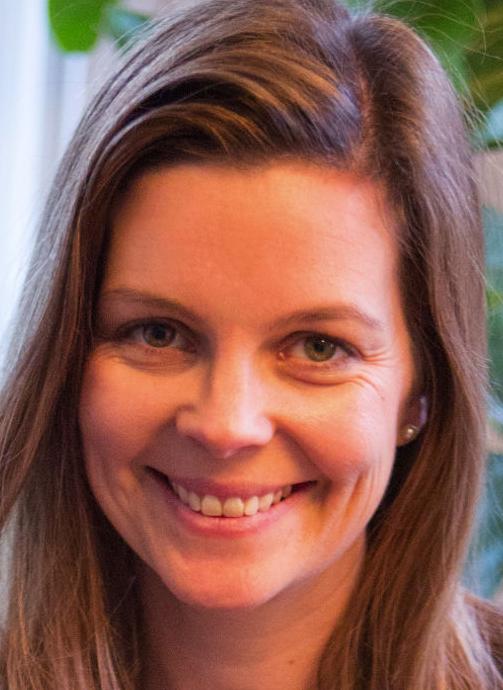 “Bitwise is one of several organizations around the country that are pioneering the ideas of creating opportunities in left-behind areas; of expanding those opportunities to left-behind people; and meanwhile helping redevelop downtowns and bring a sense of possibility to their cities.” — James Fallows, The Atlantic

When I received an email from Jake Soberal, co-founder and CEO of Bitwise Industries, asking if my husband, Austin, and I could meet with him in Fresno, my son was just a few months old. I was accustomed to leaving him at home with bottles and schedules in the care of an attentive sitter since returning to work full time at our office down the street. But I was nervous about both of us leaving town for an extended day, apprehensive in a way that only a new parent might fully understand. Gathering what felt like courage at the time, we headed up Highway 99.

Part of me was also thrilled to get my head fully back into the game, to this challenging work that provides so much purpose. Teddy would be just fine. And anyway, I was determined even more now with a young child to continue working to secure a bright future for my, and now also my son’s, hometown. All of this was rooted in the reason why I chose to return back to Bakersfield in the first place. My life in large cities lacked this sort of meaning. Work there was challenging but felt replaceable and temporary.

Even more so since our son’s birth, I have felt “gleefully rebellious,” as Michele Anderson wrote in the New York Times of her own homecoming to a tiny town in the center of a midwestern state. “My move felt like a sort of protest against the idea that creative young people need to live in coastal cities,” Anderson explained. And it was for the same reason that I felt this personal rebellion against the magnetic nature of large coastal cities that Austin and I also felt drawn to the mission of Bitwise, the success of which ultimately proves that large metros need not be the exclusive hubs of technology and innovation.

I knew what Bitwise meant to Fresno, and I had always related its work with some of our efforts at community-building in Bakersfield. We didn’t know what this meeting was about, but we were intrigued. We had a hunch it was important that Austin and I go together.

What we found in Bakersfield’s de-facto sister city both surprised and inspired us to learn more. Bitwise’s origin story is that of a couple of homegrown entrepreneurs who gathered together a small group of local technologists. Over the course of a short six-year period, this idea expanded to transform 250,000 square feet of downtown office space and added over 8,000 new jobs to the Fresno economy. And they’re clearly not done yet.

Soberal took us on a tour of Bitwise's growing roster of buildings, coworking spaces and office suites filled with a mix of new and established companies, in what has been described by Fallows in The Atlantic as part of Bitwise’s ambitious plan to remake what was once a “very tattered” downtown Fresno. Over a casual lunch of Greek food, Soberal let us in on a secret. Bitwise was thinking about expanding to Bakersfield and asked what we thought about the idea. Would we be willing to help him? Before we could even answer audibly, I found myself nodding and smiling.

Soberal, and Bitwise co-founder Irma Olguin, have created an economic engine that prolifically creates jobs and opportunity in Fresno. They are proof that big ideas can come from an “underdog” and overlooked inland city. They are a yin and yang pairing of an attorney and a software engineer who decided to risk it all and start a business with the mission of expanding economic opportunities for those who live in their community, while at the same time breathing new life into a struggling downtown.

We left Fresno that spring day filled with excitement about what Bitwise could mean for our community. It felt like this could be the beginning of something big for Bakersfield.

Over the course of the last year, Austin and I, together with other dedicated community members, have worked with Soberal and Olguin as advisors of a sort. We’ve enjoyed helping them understand the local culture, connecting them with community leaders and investors, and strategized how Bitwise might activate properties downtown.

So what is this company that has injected new life into the Central Valley’s largest city? It took me some time to fully grasp how the distinct parts of their business model (computer programming education, commercial real estate and software development) all work together to create the sought-after “technology ecosystem” that so many cities around the country are eager to build. But now it all makes sense. The Central Valley, like many other regions throughout middle America, faces a number of economic and educational challenges.

What Bitwise has done in Fresno, and expects to replicate in Bakersfield, is to connect the dots between tech training, capital and downtown revitalization in a new way. It accomplishes this by teaching software coding to thousands of children and adults from a range of socioeconomic statuses, while simultaneously providing repurposed, fully amenitized and centrally located workspace for tech companies to hire newly educated coders.

Bitwise discovered that what we typically think of as the biggest obstacles to economic development for cities in the Central Valley — an overlooked location with low education levels and underutilized downtown properties — can become some of our greatest strengths. Fresno and Bakersfield are filled with talented people that possess grit and persistence; Bitwise sees that. It’s a classic case of bright minds who see opportunity where others see only obstructions.

The originality of the Bitwise model is not in its individual elements, but in the new way that the silos of education, business and downtown revitalization connect into a composite whole. This creates a positive feedback loop involving vocational training, job creation and urban regeneration all under one roof.

The issues we face as a community are sobering but not insurmountable. The kind of creative thinking that Bitwise brings is a giant step in the right direction. But the company can’t do it alone. We need to embrace this opportunity and commit to holistic thinking about the future of Bakersfield. I’m grateful for the opportunity to be a part of the change and hope you join me in welcoming Bitwise to Bakersfield. The more our community seeks to be pioneers of the digital age, the greater Bakersfield will be for the generations that succeed us.

Speaking about Bitwise in Fresno, Soberal said: “If this project can work right here, in the middle of many of the biggest challenges facing American cities, what might it do elsewhere?”

Let’s show the rest of the country that innovative ideas can come from the Central Valley.

Anna Smith writes a weekly column about Bakersfield. She can be reached at anna@sagebakersfield.com The views expressed here are her own.