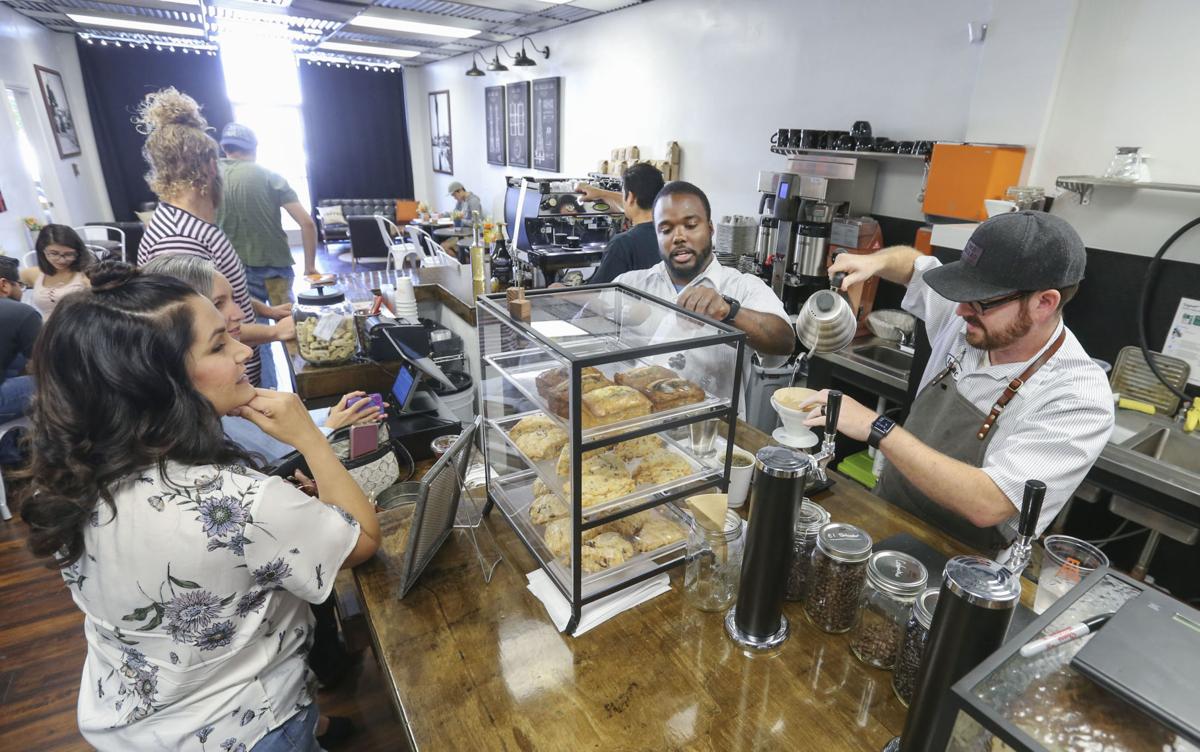 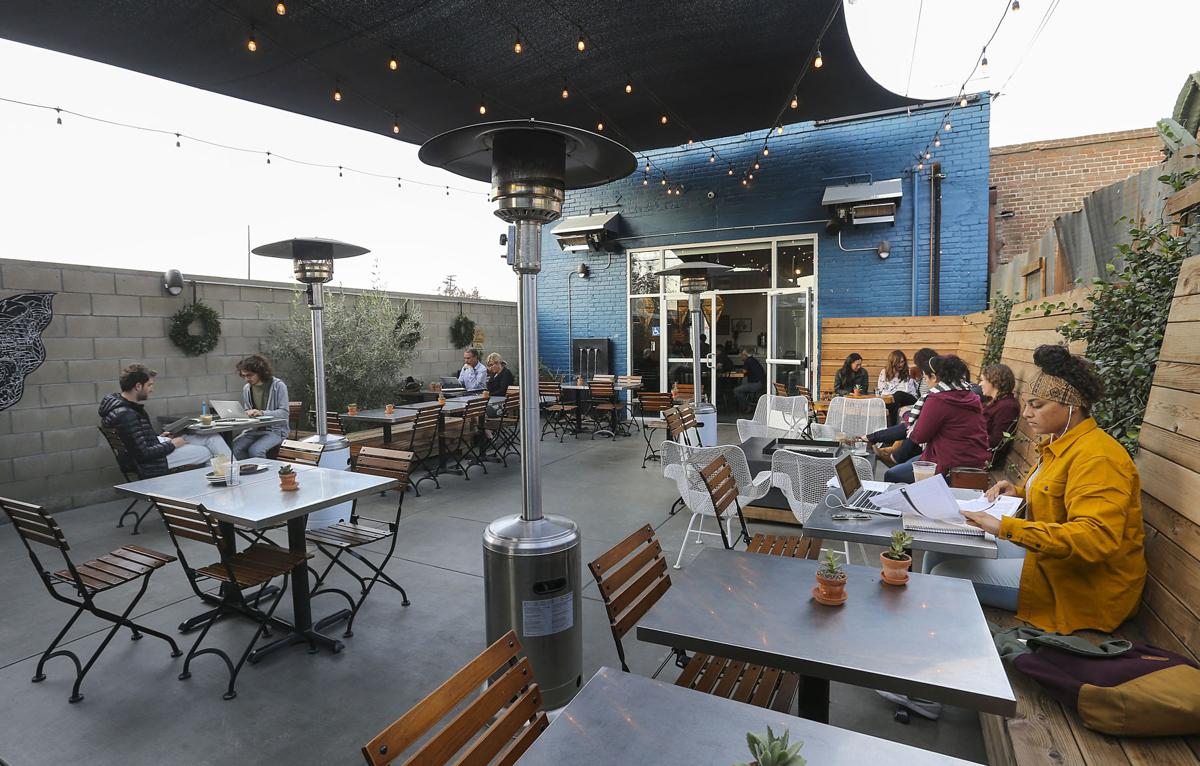 Cafe Smitten on 18th Street in the east side of downtown is a good place for work, study or to meet with friends. 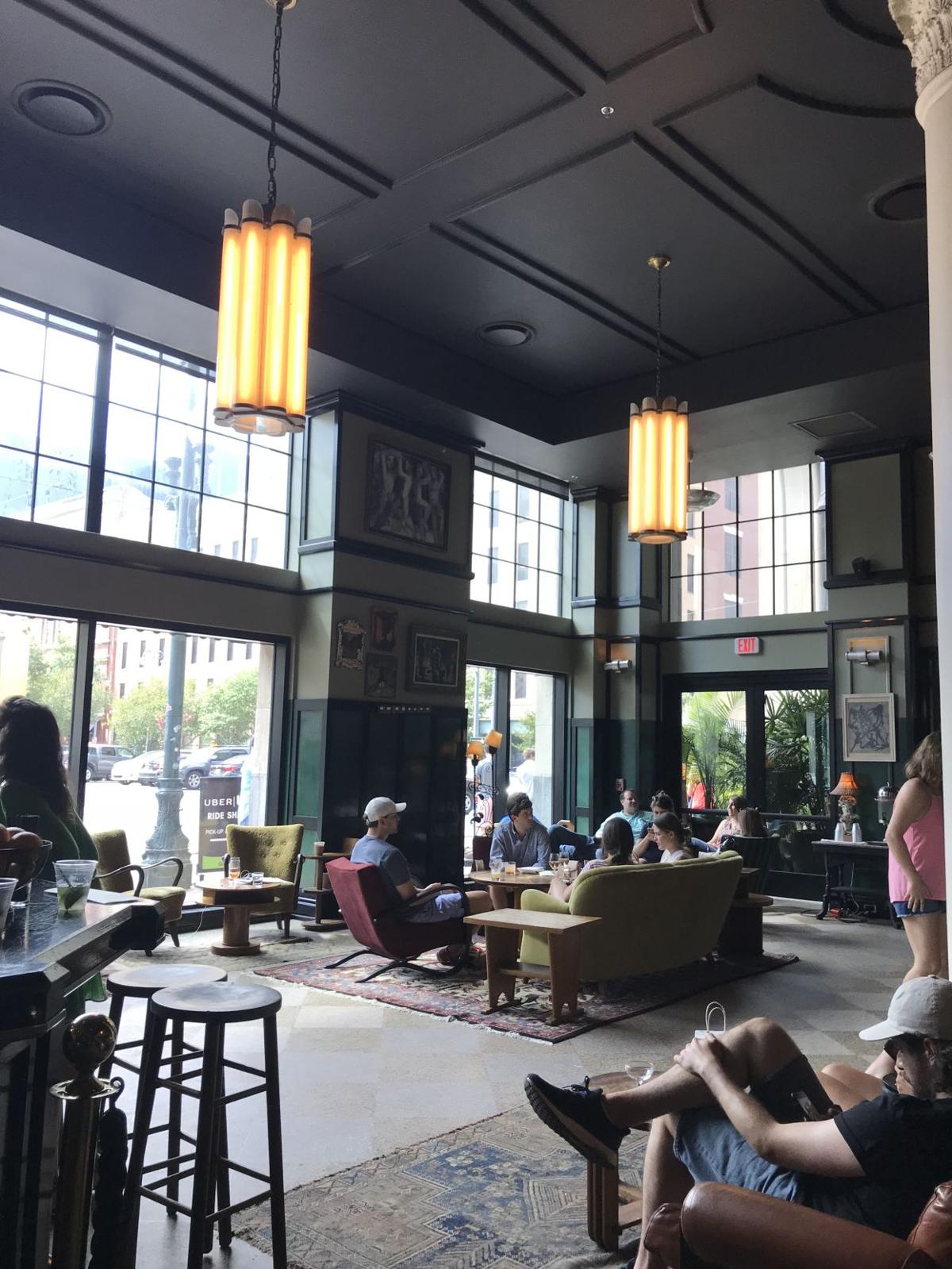 The Lobby Bar at the Ace Hotel in New Orleans.

Cafe Smitten on 18th Street in the east side of downtown is a good place for work, study or to meet with friends.

The Lobby Bar at the Ace Hotel in New Orleans.

It’s pretty remarkable, really. In the last two years, the number of local coffeehouses downtown has almost tripled. (Of course, we only had two in 2016, so there was room for growth). But we’re now up to five: Dagny’s (the classic), Farmacy Cafe at The Padre (a more upscale option) and newbies Cafe Smitten, Blue Oak Coffee Roasting and Rig City Roasting Co.

In a metro area with half a million, people this might seem like an insignificant fact. One could deduce that we’re just drinking more caffeinated beverages, but I don’t think the story ends there. To me, it signals a growing desire for people to congregate in unstructured environments outside of work and home. It also speaks to the resurgence of our downtown — a coffee bar can often signal rebirth in a community or neighborhood. And it’s a sign that our community is doing well at encouraging small-business entrepreneurship.

I was recently visiting another city’s downtown, and I walked through a neighborhood that was not fully gentrified. It still felt a little empty, a little “rough around the edges,” if you know what I mean. I turned a corner and strolled into a perfect, almost dreamy version of my favorite coffeehouse up in San Francisco. This one was filled with the smell of freshly roasted beans. Darling peach mugs dotted the tables, a cool mix of people sat inside and it was right next to a bookshop. Suddenly, I experienced a “reset” of the impression I had about that city within just a few moments. So often it’s the simplicity of a small cafe, with the vision of bringing people together in a place that has been vacant or forgotten, that stokes the flame of revitalization and downtown relevance.

A “third place” is the most important social space after home and work. In community building, the third place is the social space separate from the two usual social environments of home ("first place") and the workplace ("second place"). Examples of third places include churches, cafes, public libraries and parks. Coworking spaces can blur the lines between work and a third place. Even hair salons, neighbors’ yards or shopping centers can serve as a third place.

And a truly successful third place serves as a hub for gathering and connecting and fills important functions like community building, redefining sense of place, civic engagement and safety, with more “eyes on the street”.

A good third place feels like an extension of your living room, like the Central Perk coffee shop downstairs from the New York apartments of the roommates on the TV show “Friends.” That space was filled with deep, comfortable sofas, warm lighting, endless caffeinated beverages, muffins and lots of conversation.

Third places can be grounding locales if they feel comfortable and authentic, reflective of and responding to the needs of the community. On any random day, if you stop by a local coffee shop, you might witness a school study group meeting next to a book club, individuals on laptops using it as a flexible workspace, regulars stopping by for their usual coffee drink or breakfast, play dates with children — a first date, even!

In a move that attempts to make the stores public space and reduce situations where discrimination may occur, Starbucks will now officially allow people to do what many have already been doing for some time: use its restrooms and sit down at its tables without buying anything.

Despite the large coffee chain’s new policies, which attempt to brand the stores as a “third place,” I would argue that the most effective third places come from the community.

There are a variety of features and conditions that, when combined in just the right way, can create the unique atmosphere of third places. They should reflect the town and its values and have a distinct personality and authenticity.

A third place is about much more than coffee, pastries and wireless internet. You can get a cappuccino just about anywhere, including by drive-through. But to encourage patrons to stay awhile and return week after week, a third place needs to provide an experience that sets it apart.

I am so encouraged by our own downtown’s local coffee shops. They each feel unique, almost organic. Their mere existence signals a shift, an incremental change, that we’re on the cusp of real revival. And I think they quietly whisper to residents and visitors alike that they can feel at home in Bakersfield. They sound a siren call to linger awhile — at a table with a cup of coffee or in this place with a fresh set of eyes.

Lengthwise is hosting its annual Craft Beer Festival from 6 to 10:30 p.m. June 23. The event will take place at 20th and G streets downtown. Tickets are $73.

OUR OWN RED CARPET EVENT

I attended this year’s Beautiful Bakersfield Awards dinner and left inspired by the volume of organizations and individuals doing good in our community. But my favorite moment of the whole night was hearing the acceptance speech from local knitting guild “What the Knit!” I’d never heard of the group before. The organizers spoke warmly about their regular gatherings. The 100-plus members made more than 700 items last year, including knitted knockers for breast cancer survivors, newborn caps to raise awareness for heart disease, and hats and scarves for the homeless. They explained their promise to each other to keep all controversial conversations at the door when they meet. What a powerful idea. If I had a knack for knitting, I might just sign myself up.

I joined the rest of the city recently as we mourned the loss of former Mayor Harvey Hall. He was truly a class act. My memories of our best-dressed mayor will be of him in custom-made suits or his cheerful, candy-apple red “I Heart Bakersfield” sweatshirt.

Like so many others, I have anecdotes and stories of his dedication to our community and the personal touch he added to much of his work, like the note he sent to me while he was mayor. Soon after moving back to Bakersfield, I had written an article for Bakersfield Life magazine explaining the reasons for my return and enthusiasm for this community. He wrote me a personal letter soon after, filled with encouragement and thanking my husband and me for taking a chance on Bakersfield with our big dreams and a bit of entrepreneurial risk. His spirit lives on in this place, but he will be dearly missed.