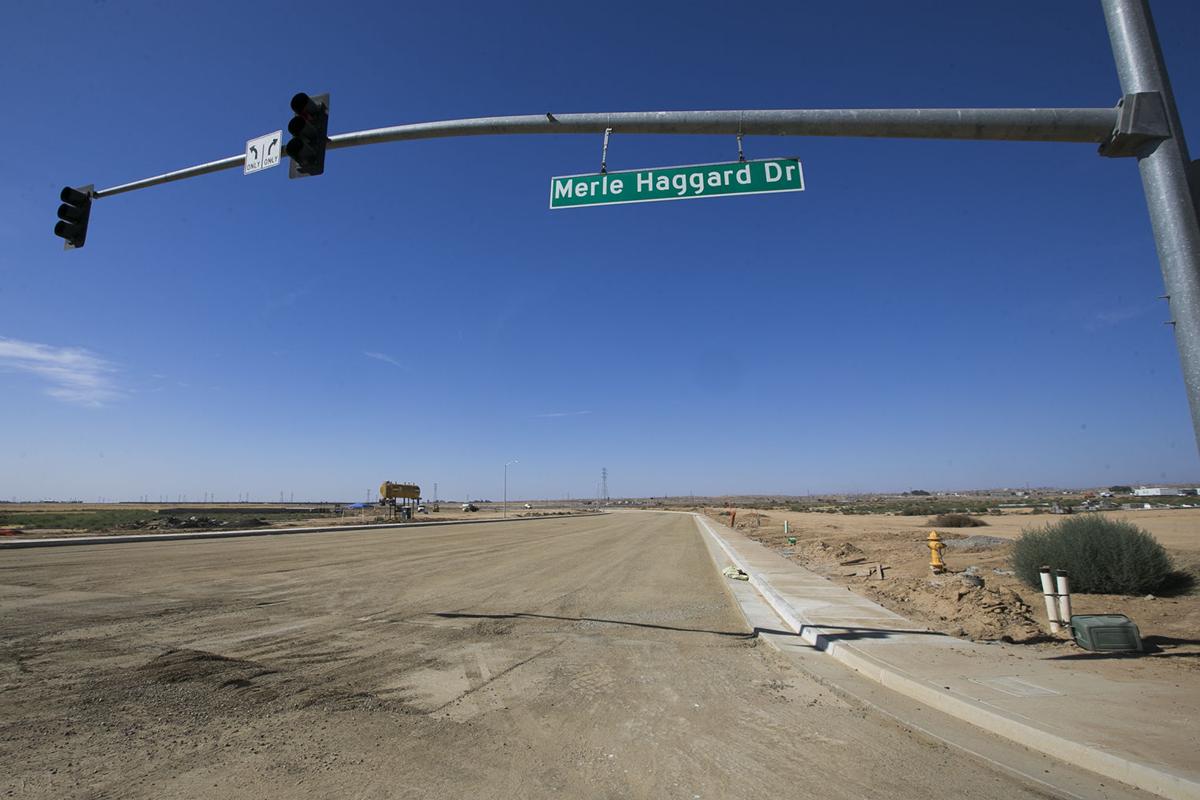 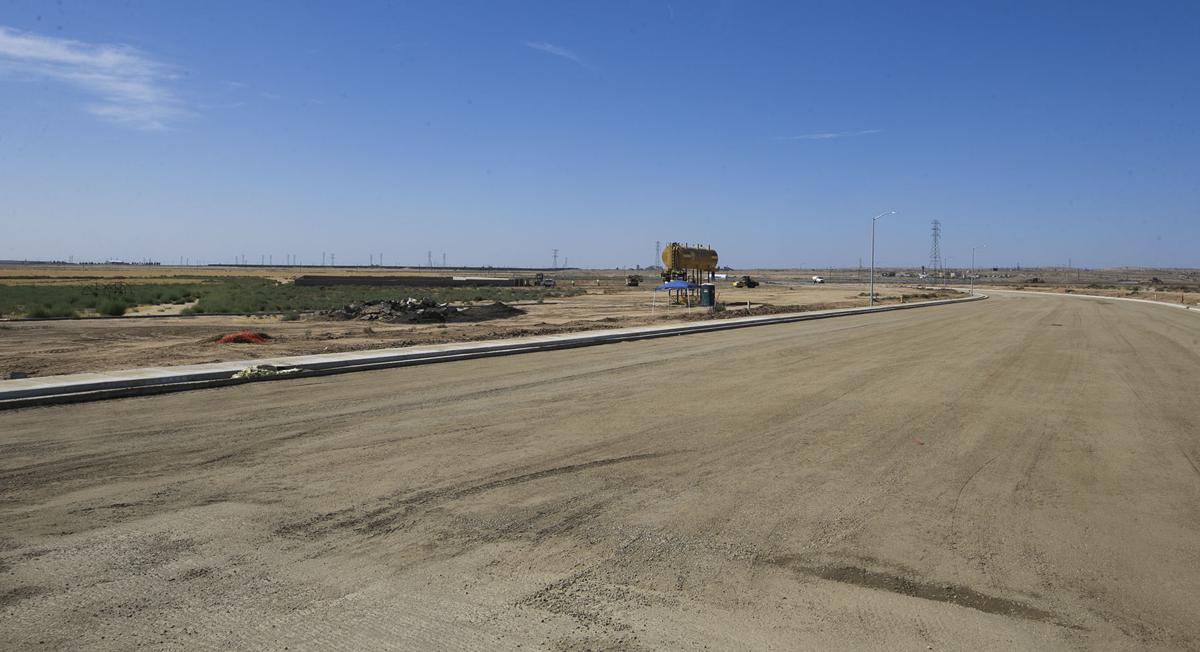 The plan, which had been shrouded in secrecy until it was confirmed by County Administrative Officer Ryan Alsop, raised hopes among local industrial property brokers and a senior government official that more large deals will follow as other retailers take notice of the county's relatively inexpensive real estate, available workforce and central location.

"This is going to be a huge game-changer for Kern County. You're going to see a lot more of these around town," Colliers International broker Wesley McDonald said. "They're running out of land in L.A. County."

Using a business entity out of Atlanta and a locally based limited liability company, Amazon recently closed escrow on a 64-acre property inside the Landings Logistics Center LLC, a 138-acre business park a Bakersfield-based real estate partnership is developing in unincorporated Kern County just north of Merle Haggard Drive. Construction on the Amazon portion is expected to begin by year's end and the distribution center could open in the third quarter of 2019.

The new distribution center would be Kern's largest, topping the 1.7 million-square-foot building Ross Dress for Less owns and operates in Shafter.

Amazon did not respond to a request for comment Monday.

News of Amazon's four-story "fulfillment center" follows two other recent distribution deals: L'Oreal USA's plan to relocate its Valencia distribution center to the Tejon Ranch Commerce Center, and a move by Ross to lease a 1 million-square-foot warehouse near its existing center in Shafter.

Bakersfield real estate broker Barry Hibbard called the Amazon project "great validation for the overall community," as distribution work continues to reduce Kern's economic dependence on oil and agriculture. While such jobs don't pay as well as oil work does — most jobs at the Amazon center aren't expected to pay more than $15 per hour — Hibbard expects the new positions will come with competitive health-care and other employment benefits.

Lorelei Oviatt, director of the county's Planning and Natural Resources Department, said she didn't know until a few weeks ago that the proposal she and her staff were reviewing originated with Amazon. But now that she knows, she expects it will attract additional investments in Kern from large retailers, as she said happened after the company opened distribution centers in Fresno and Tracy.

"You can imagine what this does for us," she said. "In a very real way, this puts us on the map as a place where a large, top-five in the Fortune 500 company like Amazon wants to invest. It's a big check-mark for Kern County in terms of business development."

Oildale resident Mark Mitchell was less enthusiastic. He travels Merle Haggard Drive to his job at a gas plant further west and complained that the road's heavy use by tractor-trailers has taken a toll.

"It's going to be a nice thing to have," he said of the Amazon center, "but the county's kind of falling behind on infrastructure in that areas. … It's a mess."

Utilities have already been installed and road work has been done at the future distribution site, said ASU Commercial Senior Vice President Steve Adams, who represented the Amazon property's sellers, C&C Properties Inc., JEC Panama LLC and Wings Way LLC. He said the final asphalt will be poured within 45 days.

Adams added that work on the business park was delayed by the discovery of a petroleum pipeline beneath the property. The developers bought the property from Chevron in 2013 and didn't discover the pipeline until after the sale closed. The pipeline has since been removed.

He expressed hope the recent purchase — he declined to identify the buyer as Amazon, citing a confidentiality agreement he had signed — will "jumpstart" occupation of the rest of the Landings, which he said has many letters of intent from potential tenants but only one other signed deal.

Alsop, the county administrative officer, said the county was negotiating workforce development incentives with Amazon. He noted no financial incentives were used to bring the company to the county. A deal could be struck to use the rebates to incentivize the creation of more jobs in the new facility.

ROBERT PRICE: In Amazon, Oildale has something new to brag about

When Amazon's 2.5 million-square-foot distribution center opens perhaps 15 months from now, right across the road from the William M. Thomas T…

I accidentally commented on the wrong article here. I meant to reply to Robert
Prices column. But what I said about Amazon here still holds.

Robert, please get on the internet and read some reports of how Amazon
treats its workers at these centers. They don't treat the workers in a good
way at all. Yes we are probably glad they have decided to locate here
but they really have a bad reputation for dealing with the folks who work
at these centers. Pleases let's be realistic about this. Do some research about
this yourself.

Most jobs at the Amazon center aren't expected to pay more than $15 per hour. That is only $30k yearly for full time, 40 hrs weekly. Most of the facility will be robotic.
How much in taxes will Amazon pay into the local, state and federal coffers?
They will pay state and local -You know what Amazon paid in federal income taxes last year? Zero.
This might be good news for Bakersfield and Kern County, but is is good for America?
In its annual report filed to the SEC in February 2018, Amazon estimated that not only would the company not be paying anything in 2017 federal income taxes, but it would be getting a $137 million tax refund.

Good news - and especially good that they got the ground plowed up before the GreenWeenies got out there to "discover" the endangered Desert Stinkweed blossom or the protected Mojave Spotted Snipe nests.

I do hope the adjacent roads will be improved and not merely patched and painted to accommodate the increase traffic.

Maybe now we can get something other than the WWI vintage planes they fly out of Meadows.... Hopefully they will need air service with routes that actually make sense...

Oh, goody...MORE traffic on an already congested road. MORE people moving to town, bringing their noise, trash, and bad attitudes and lack of driving skills. Lack of housing here is irrelevant. Let's increase the drain and strain on our infrastructure and county services so we can increase our tax base to line county officials' pockets. I live one mile from this development and drive Merle Haggard Blvd. every day. I dread what is going to happen once this place opens.

Use the revenue to give KCSO their long deserved raise ALSOP!!!!!!!

Super Center . . . ! Not only that, but all the 'homeless' that might have been housed nearby in the empty hangars could begin applying for jobs . . . along with all the other 'out-of-work' 'Wacky-Tobaccy' store owners . . . !