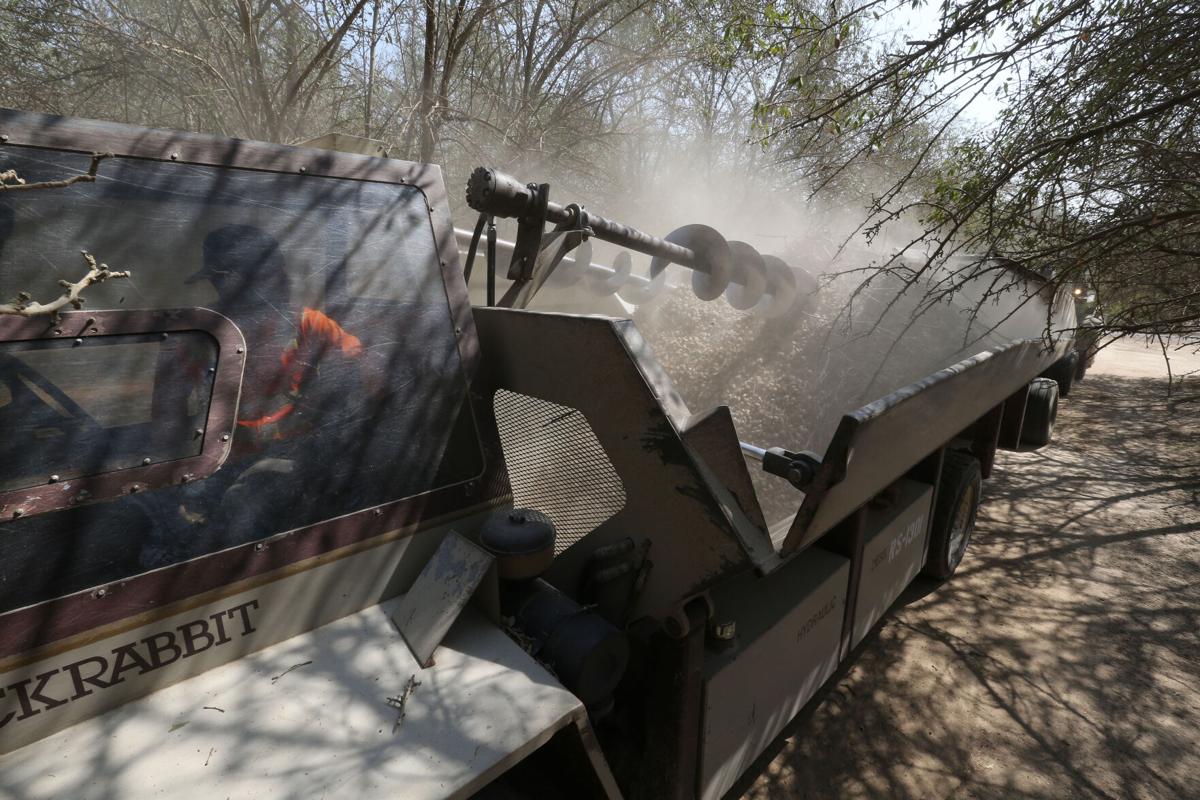 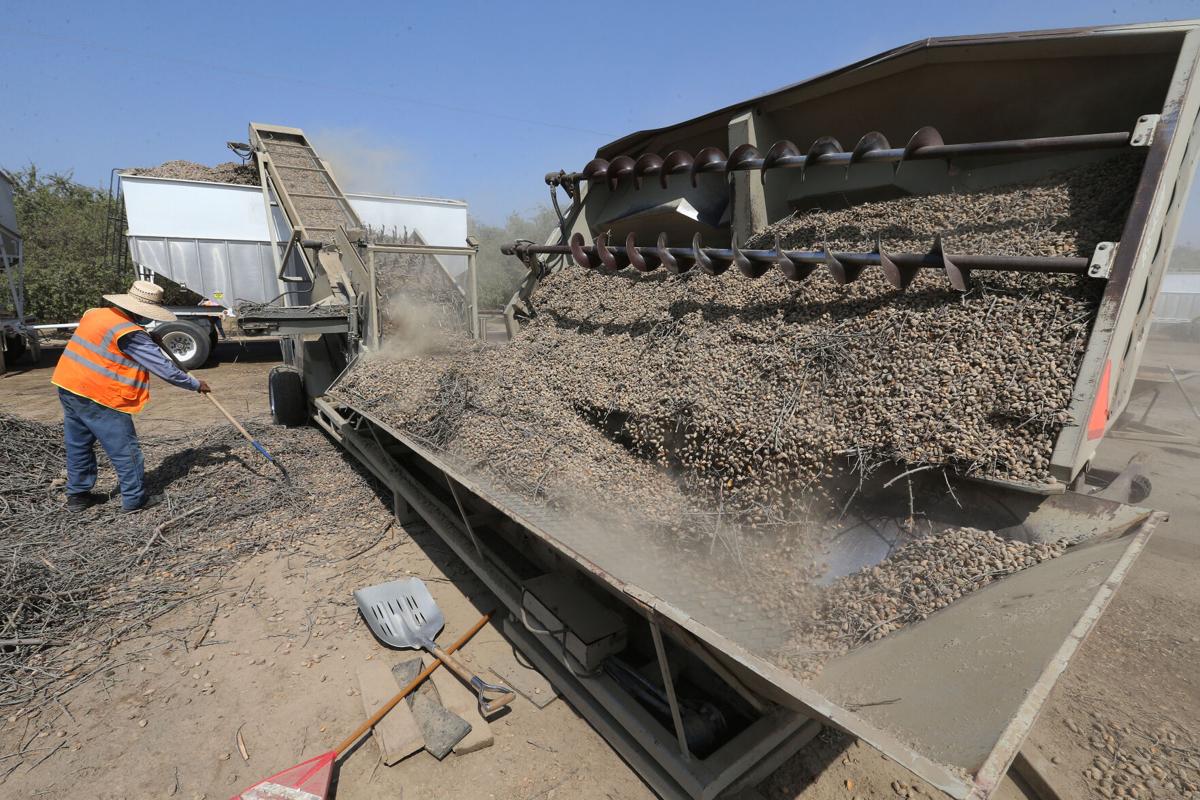 The outlook for Kern County's top crop has taken a turn for the better as a surge in exports sidelines worries about a possible oversupply.

Almond shipments in May set a new record for the month — 219 million pounds — and pushed the crop to a new 12-month record two full months before the end of the season, the Almond Board of California reported this week.

Largely a result of rising demand overseas, the increase has been accompanied by somewhat higher prices. Taken together, the trends have lifted the spirits of an industry that has suffered through a series of tough years that have left prices well off their previous levels.

"The worldwide appetite for almonds and our range of products continues to grow," the board's president and CEO, Richard Waycott, said in Monday's update.

The jump in shipments, driven by what the ABC says is a nearly one-third increase in exports year over year, is all the more impressive in light of port congestion, lingering tariffs and operating restrictions brought on by the COVID-19 pandemic.

Concerns remain, however muted, that an increase in acreage devoted to almond orchards in recent years could still produce more almonds than growers know what to do with.

Last month, a so-called subjective forecast released by the U.S. Department of Agriculture estimated this year's crop at 3.2 billion pounds, or 3 percent greater than last year's total. The report was based on interviews with 500 domestic almond growers.

But within the industry that figure was widely seen as unrealistically high, leading observers to look instead to the USDA's "objective" estimate set to come out next month. Expectations are that July's report, based on detailed observations and calculations, will generate an estimate of 3 billion pounds or less, which would do more to support higher prices.

He said overall U.S. shipments this crop year, which runs from Aug. 1 to July 31, are up 21 percent through May. Nearly three-quarters of the product goes overseas, where shipments through May were up 30 percent year over year, he added.

But all the good news could be drowned out by next month's official estimate, he said by email Thursday.

"All eyes are on the July objective report, which may have a significant impact not only on prices but also on planting decisions," Magaña wrote.

His colleague at RaboResearch, senior analyst Roland Fumasi, underscored the current uncertainty and its implications for almond prices.

"One reason that prices are staying firm is that industry participants think the subjective estimate is too high, and that the crop will likely be 2.7 to 3 billion pounds, not 3.2 billion," he said by email Thursday.

Whatever happens with almonds will be felt strongly in Kern, where the nuts were the county's highest-grossing agricultural commodity in 2019, which is the most recent year for which official local data is available. That year the nut brought farmers $1.6 billion in sales, up 33 percent from the year before.

While domestic shipments of almonds were up 4 percent year over year in May, they were up by triple digits in some international markets.

According to the ABC update, Morocco's imports of California almonds were up 148 percent year-over-year through May. Vietnam's imports of the commodity were up 132 percent and India's total was up 54 percent.

Said Waycott, the ABC executive: "Our industry members have done a terrific job of moving the current crop and meeting the demand from consumers here in the U.S. and around the world."